How to Investigate Parole Release Rates in Your State

Help us localize our national story on parole.

This post is part of our in-depth look into parole boards nationwide.

Today, we published a year-long examination of America’s parole boards. We found that, nationwide, politics and a lack of oversight can lead boards to make decisions that have little to do with public safety.

We also discovered that it is extremely difficult, if not impossible, to compare data about grant rates — the percentage of eligible prisoners a board releases each year — across states. We contacted 24 states whose boards have broad release discretion and asked for information on release rates, but everyone collects, categorizes and reports the data differently. No organization collects nationwide information that could provide context for state release rates. Sometimes, it’s even a contested number within a state. So although comparing these statistics would provide a measure of accountability, it was almost impossible for us to do it alone. 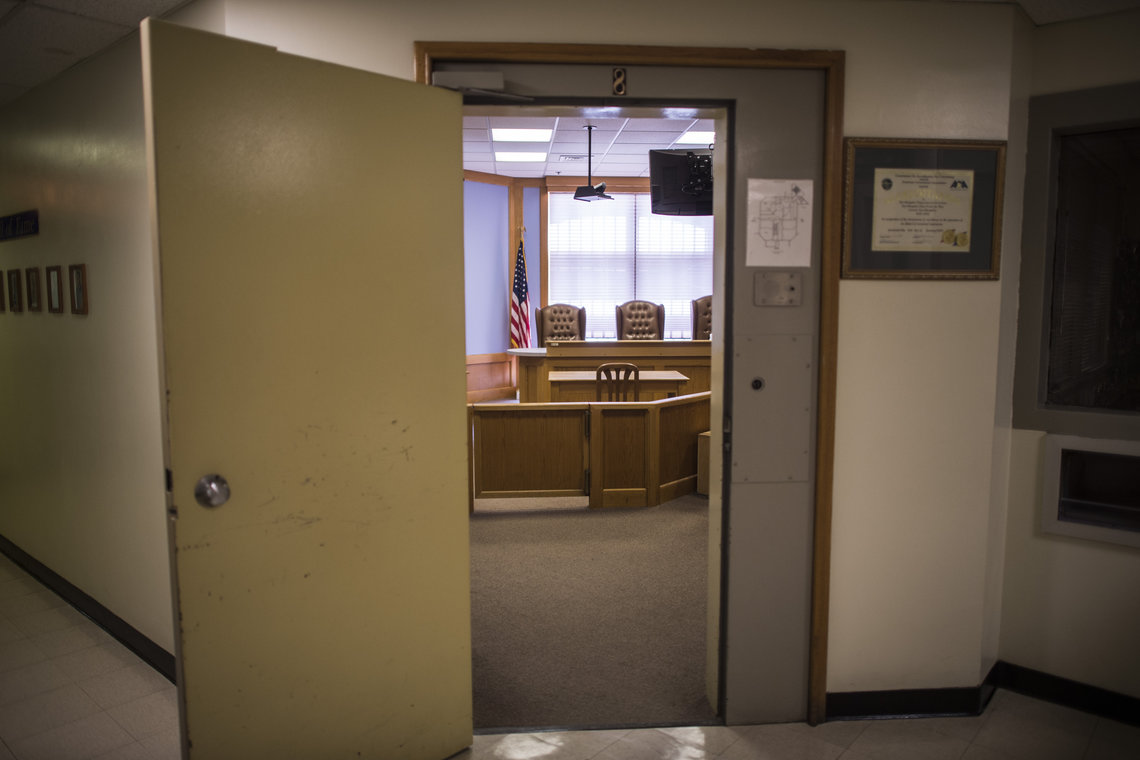 The room where parole board hearings are held at the New Hampshire State Prison for Men in Concord, N.H.

That’s why we’re asking for your help investigating parole board release rates in your state. One of the most important ways to hold state criminal justice systems accountable is to ask whom parole boards are releasing from prison, and how they make those decisions.

These numbers are a perfect springboard for asking broader questions about your state’s parole practices: Are they releasing fewer or more people than they used to? Is there any oversight as to whom they decide to release and when? Do their release rates correspond with best practices in criminal justice?

Below, you’ll find a rough map for investigating your state’s release rates. It includes a glossary, suggested questions and caveats we discovered through our own reporting.

If you publish a story about how your state calculates release rates, email a link to bhickman@themarshallproject.org. We’ll link back to your story in a collection on this page.

Understanding the words below will help as you sift through the information.

The grant rate is the percentage of eligible people the parole board releases in a given period. Some states provide this, but we recommend doing your own calculation by dividing paroles granted by the people eligible for parole. Some caveats about those numbers (always remembering that this information can vary wildly state-to-state)

Make sure to find out whether those granted parole are actually released shortly after the grant; if they’re not, ask for the reasons for the delays, and the number of people actually released on parole. The Montana board, for example, differentiates between “parole” and “parole upon successful completion”—i.e., of certain programs or conditions—when reporting its grant rate.

Many state boards report the number of people they considered for parole, but the number eligible for parole leads to a truer rate. Anything from administrative delays to victim notification laws to board discretion can explain why eligible prisoners were not considered. In Michigan, for example, it’s up to the board whether or not to consider lifers. If the board declares “no interest” in a lifer’s case, it’s not considered a denial and wouldn’t count towards their grant rate. But anyone who has served his minimum is eligible for parole under the law—so not counting lifers towards the denominator makes the board’s grant rate seem higher than it is. Make sure to find out how many parole-eligible people were not considered by the board and why.

Be mindful of how changing laws and policies can affect grant rates over time. Stanford criminologist Joan Petersilia cautioned us to consider California, for example, where we might expect parole rates to drop in the wake of Prop 47. “Prison population reduced by 25% over last 3 years, so those coming up for parole would be MORE dangerous each successive year (the less serious have already been released),” she noted in an email.

Step 3: Understand and scrutinize the data; ask for more.

Call the board’s public information officer to pick the data apart. Terms in the data are often arbitrarily set by the state. Idaho, for example, includes “administrative reviews” and “regular parole hearings” in their total for parole hearing tally for 2014, but not for 2012. Ask for a definition of each term in your release rate calculation.

Other things to ask about:

Step 4: Find the people on the ground

Reach out to recently-paroled prisoners, attorneys who specialize in parole proceedings, and prisoner-advocacy and activist groups to hear people’s personal stories and ask what the numbers might be getting wrong. For example, I found a Massachusetts white paper that pointed out some striking discrepancies between the board’s reported grant rate and the actual rate of release from prison—and a fierce, deeply informed source to boot—by connecting with a Boston attorney whose Northeastern Law School clinic represents prisoners before the parole board. (Not all states allow attorneys at parole proceedings, but states that do—and even some that don’t—have lawyers who focus on the practice; it’s practically a cottage industry in Texas.) You could also try asking the moderators of Reddit’s ExCons group if you can post your source callout in their group or if they know of individuals who may be willing to discuss their parole experience.

This article has 1 letter to the editor. Read the letter.
Tags: →Life Without Parole Series →Parole Board →Life Sentences →Crowd Sourcing →Parole