The penal colony where Nelson Mandela was incarcerated was “a paradise by comparison.”

On Thursday, when he tours El Reno Federal Correctional Institution in Oklahoma, Barack Obama will become the first American president to visit a federal prison while in office.

But this won’t be his first visit to a prison of any kind.

In 2013, President Obama toured South Africa’s notorious Robben Island, where Nelson Mandela was imprisoned for 18 years. (Obama also toured the former prison in 2006, when he was a senator.) President Bill Clinton likewise toured Robben Island, in 1998. Mandela escorted Clinton and his wife, Hillary, through the prison corridors and into his cell. 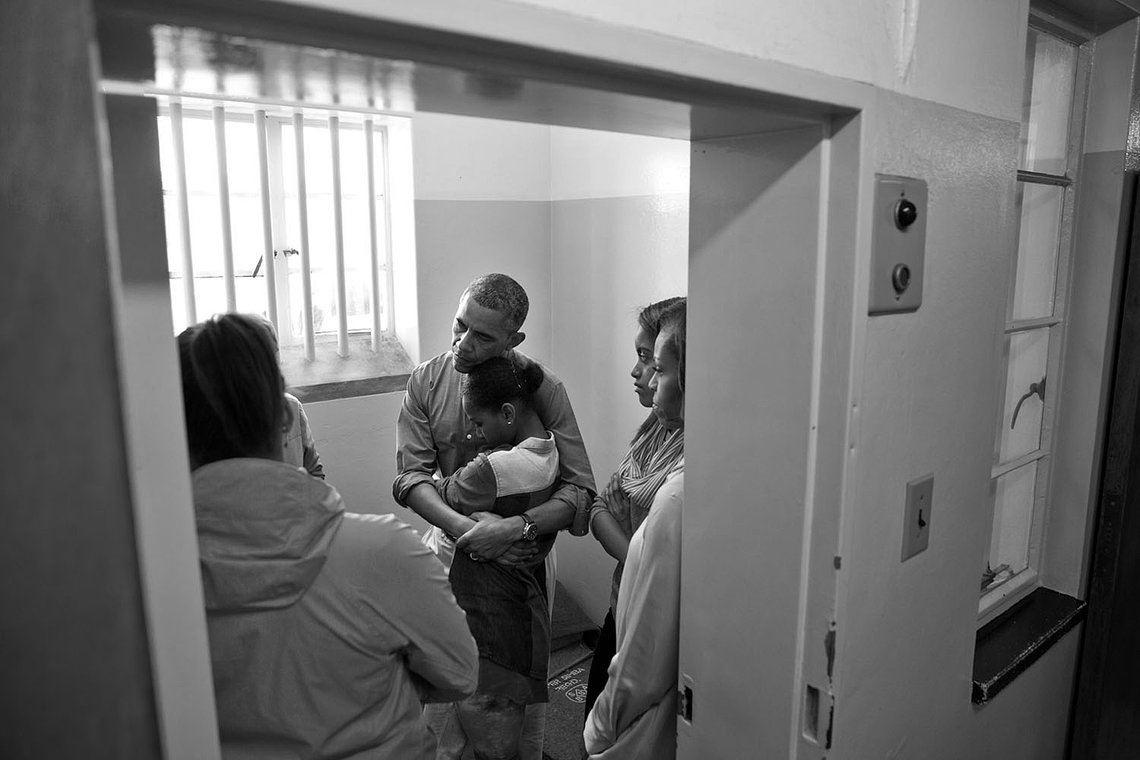 Robben Island, now a national heritage site, makes for a great photo op – and the stories of its history speak to the apartheid regime’s low regard for the people put there. In his memoir, “Long Walk to Freedom,” Mandela wrote that when he was flown to the prison in 1964 on a military transport plane, “Robben Island was without question the harshest, most iron-fisted outpost in the South African penal system.”

But that cell he showed the two American presidents? It was about the same size as a typical U.S prison cell. And the conditions he described? Almost without exception, the same or worse conditions can be found in various jails or prisons in the United States. Once, while Mandela was imprisoned there, a representative from the American Bar Association visited Robben Island. “When I started to detail the problems with our cells,” Mandela recalled in his memoir, “he interjected that the conditions in backward American prisons were far worse than Robben Island, which was a paradise by comparison.”

Isolating prisoners on an island: The U.S. used to have Alcatraz in California and McNeil in Washington, and still has Rikers Island in New York.

Using clothes to demean: On Robben Island, Mandela and other prisoners were required to wear shorts. “Short trousers for Africans were meant to remind us that we were ‘boys,’” Mandela wrote in his memoir. In Arizona, Maricopa County Sheriff Joe Arpaio has – for many years, and often to his constituents’ delight – required inmates to wear pink underwear.

Manual labor: For years, Mandela and other inmates worked in a lime quarry, swinging picks. While Mandela mined lime, prisoners in Arkansas, Louisiana, Mississippi and Texas hoed rows, forced to do field work on prison plantations infamous for oppressive treatment.

Access to newspapers: Newspapers, forbidden to prisoners, were “more hungered for than food or tobacco; they were the most precious contraband on Robben Island,” Mandela wrote in his memoir. In Illinois, the Cook County Jail banned newspapers for more than 30 years – until this month, when a federal judge ruled that the prohibition violates the First Amendment.

Solitary: Mandela described being put in solitary confinement for three days – then, on a later occasion, for four days. A Colorado inmate’s time in solitary has exceeded 30 years. In Louisiana, an inmate’s stretch in isolation exceeded 40 years.

Abusive, racist guards: Although Mandela wasn’t beaten himself, he described hearing of other inmates beaten by Robben Island’s “warders.” In the United States, such attacks, at times fatal, have become distressingly familiar. Just look at New York’s Attica and the Florida Department of Corrections. On Robben Island, one warder “had a small swastika tattooed on his wrist,” Mandela wrote. In Pennsylvania, a correctional officer had not only a swastika, but, inked on his left forearm, the word “HITLER!”

Bad food: On Robben Island, the food was bad, and there was too little of it. “Breakfast consisted of mealie pap porridge, cereal made from maize or corn …,” Mandela wrote. To see the breakfast served to inmates in Morgan County, Alabama, click this link and scroll. Oh, I’ll save you the trouble: 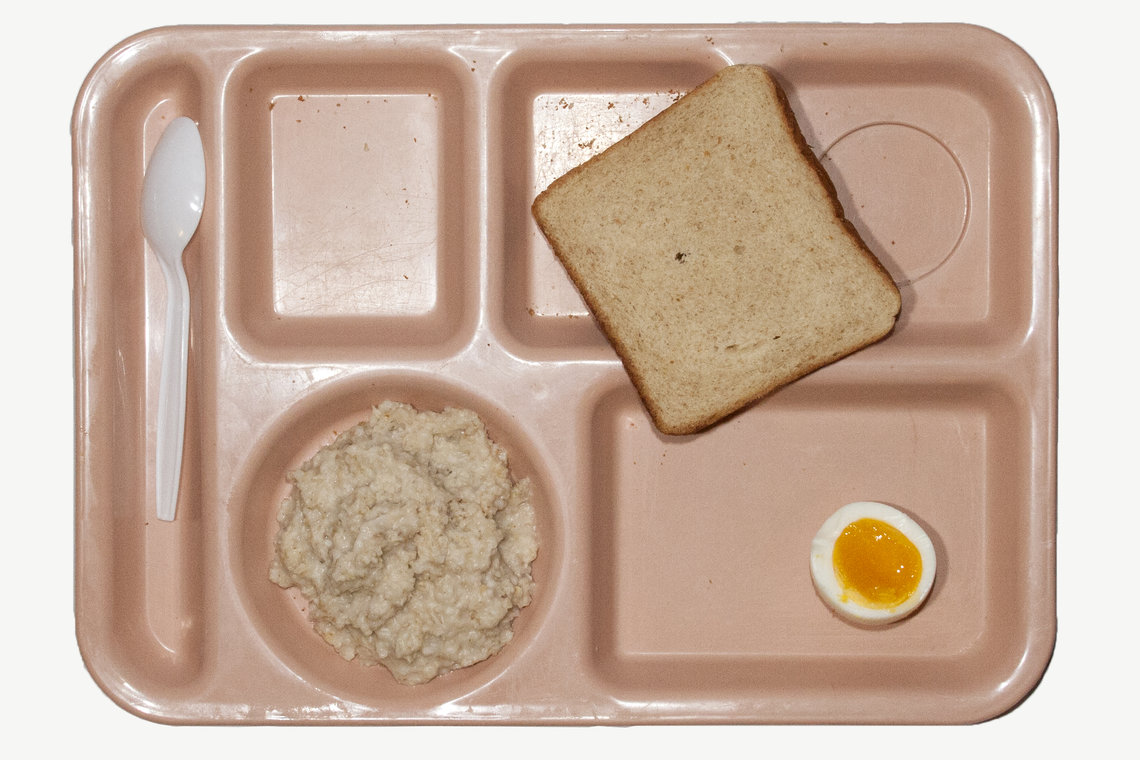 In Michigan, prison food has been infested with maggots.

In “Long Walk to Freedom,” Mandela wrote that during his 18 years on Robben Island, the prison conditions improved. The food got better. Long pants replaced shorts. Newspapers were permitted. Manual labor was ended. The guard with the swastika was transferred. In time, Mandela was allowed to grow and tend his own garden. Inmates watched movies, staged plays, held chess tournaments. They even played tennis, on a court built in the prison courtyard. “[S]uddenly we had our own Wimbledon,” wrote Mandela, who once injured himself straining for a cross-court shot.

One last note: Mandela was imprisoned for challenging a regime built on racial discrimination. In Michelle Alexander’s 2010 book, “The New Jim Crow,” the author wrote of the United States: “No other country in the world imprisons so many of its racial or ethnic minorities. The United States imprisons a larger percentage of its black population than South Africa did at the height of apartheid.”