A closer look at get-tough DAs.

On Aug. 26, Texas death row inmate Bernardo Tercero is scheduled to die by lethal injection. His execution will come more than 15 years after his original conviction for murder in Harris County, which more than once has been dubbed the “Death Penalty Capital of the World.”

That may be a bit of hyperbole, but there is no question capital punishment has been a go-to option in Harris County, which includes Houston. It was among the 2 percent of U.S. counties that accounted for 56 percent of the people sitting on death row as of 2012, according to the Death Penalty Information Center.

One reason for the national disparity: The fervor of local prosecutors. Harris County District Attorney Johnny B. Holmes secured an average 12 capital sentences a year in the decade before his retirement in 2000. After that, the numbers fell sharply.

Similar drop-offs have occurred in two other counties in the top 2 percent, Oklahoma County, Okla., and Philadelphia County, Penn. The number of new capital sentences decreased significantly after prosecutors — each of them outspoken, even celebrity, proponents of the death penalty — either resigned or didn’t seek reelection.

Some of the decline may be attributed to larger shifts in public sentiment. In 1996, 76 percent of Americans supported the death penalty. In 2015, that has decreased to 56 percent, according to the Pew Research Center.

The numbers of executions speak to the power and influence of a handful of district attorneys in deciding who lives or dies. But what goes up, can come down thanks to a change of leadership, a change in the public temperament, or the high cost of capital punishment. Here is a closer look at three venues where the death penalty peaked under hang-’em-high prosecutors, and then plummeted.

Prosecutor philosophy: “I say without apology that if you murder someone here, the state of Texas is going to kill you.” — former District Attorney Johnny Holmes

By the numbers: Holmes won an average of 12 capital sentences a year between 1992 to 2000, when he retired. By comparison, Holmes’s immediate successor won the death penalty about half as often, and since 2008, Harris County has averaged only a bit more than one death sentence a year.

What happened: Holmes believed in old-fashioned law and order, and he dressed the part. “He looked like a character out of the Old West with his handlebar mustache,” said Murray Newman, a former Harris County prosecutor. Holmes was known to monitor police radio feeds from his home at night, often rushing to the scene of a crime as soon as he heard word of something in progress. 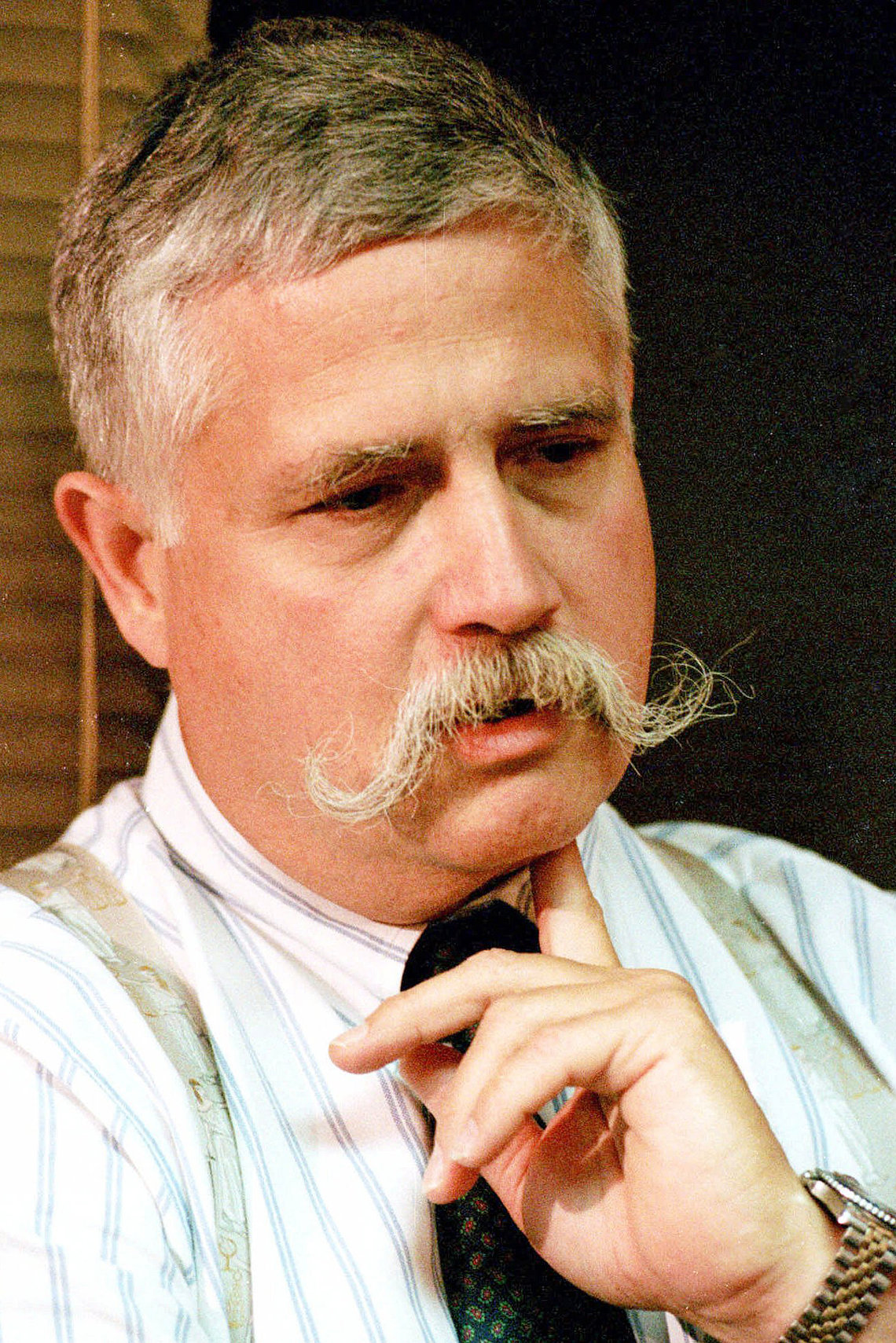 Holmes easily won each of his elections beginning in 1979. He rallied the community around the death penalty, Newman said, and locals “were proud to say, ‘I’m from Harris County,’ because of him.” Asked recently by The Marshall Project about his use of the death penalty, Holmes defended his aggressive approach: “The public could have thrown me out if that’s what they wanted.” He described the power he had as district attorney to enforce the death penalty as “pretty much total.”

Although Holmes didn’t seek reelection in 2001, his grip over the District Attorney’s office continued. His chosen successor, Chuck Rosenthal, “was also a true believer in the death penalty,” said David Berg, a veteran Harris County attorney who handles some criminal defense.

Rosenthal agreed, telling The Marshall Project that he had the same approach as his predecessor. But Rosenthal wasn’t as successful: he won death sentences approximately half as frequently as Holmes, with an average of a little less than six death sentences per year.

In 2002, there was a palpable shift, Berg said. In a high-profile case, Andrea Yates, a mentally ill woman, was convicted that year murdering her five children by drowning. Rosenthal sought the death penalty and won a conviction, but the jury sentenced her to life in prison without parole. In 2005, Texas allowed juries to consider life without parole as an option for guilty defendants in capital cases, another possible factor in the drop in death sentences in Harris County.

Yates was allowed a new trial in 2006; Rosenthal pursued the death penalty again. A Harris County jury found her not guilty by reason of insanity. “The reversal caused people to think about the problems within the system,” Berg said. “She was obviously incapable of understanding right from wrong.” Rosenthal told The Marshall Project he believed pursuing the death penalty a second time was the right decision. He said it was up to a jury to determine her mental stability.

In 2008, Rosenthal announced he was resigning amid the public disclosure of office emails that included racial slurs. Rosenthal declined to comment to The Marshall Project on the reason for his resignation. After a brief period with an interim district attorney, Harris County elected Pat Lykos, who ran on a reform agenda and promised to create a post-conviction review unit to determine whether her predecessors had sent innocent people to prison. In 2010, the unit helped free a man who had been in prison for 27 years on a wrongful rape conviction.

Exonerations “caused a shift in dynamics where you don’t see the population thinking that everyone should be hung high. The blood lust is gone,” said Newman, the former prosecutor.

Prosecutor philosophy: “[A] killer should not lie in some prison with three meals a day, clean sheets, cable TV, family visits and endless appeals. For justice to prevail, some killers just need to die.” — former District Attorney Robert Macy

By the numbers: Macy served as the top prosecutor between 1980 and 2001, winning 54 death sentence convictions over this period, averaging a little more than 2.5 a year. Since 2009, just three people have been sent to death row in Oklahoma County.

What happened: “The reputation of the office under Macy was, ‘Win at any cost,’” said Doug Parr, a criminal defense attorney in Oklahoma City. In difficult cases with forensic evidence, Macy relied on Oklahoma police chemist Joyce Gilchrist to provide expert analysis and testimony. Between 1980 and 1993, she participated in approximately 1,700 of his office’s criminal cases. “She was a favorite of his,” recalled Jack Dempsey Pointer, a defense attorney based out of Oklahoma City.

Gilchrist offered evidence or testimony in 23 of the 54 death sentences won by Macy’s office.

In early 2001, the governor launched an inquiry into the scientist’s work after a state judge faulted her scientific conclusions for putting an innocent man behind bars for 15 years on a rape conviction. The Federal Bureau of Investigation reviewed her cases in April 2001, finding that she deliberately and repeatedly falsified DNA matches, withheld exculpatory evidence, and failed to test samples sent to her laboratory. Macy stepped down unexpectedly in June of 2001 but said the investigation wasn’t behind his early retirement. He cited a desire to spend more time with his family. He died in 2011.

Of the 23 people sent to death row at least partly due to Gilchrist’s testimony, 11 were executed before their cases could be reviewed for errors. In 2007, an Oklahoma County death row inmate was exonerated after Gilchrist’s testimony in that case was proven fraudulent. The state government and innocence organizations continue to review other cases where convictions were secured largely by her testimony. Gilchrist couldn’t be reached for comment.

Now, Parr said, “people in Oklahoma County have a tendency to be more skeptical of death penalty prosecutions.”

Prosecutor philosophy: “When it comes to the death penalty, I am passionate. I truly believe it is manifestly correct.” — former District Attorney Lynne Abraham

By the numbers: The county had an average of 9.5 death sentences a year under Abraham between 1991 and 2000. Amid voter concerns about the high cost of prosecuting capital cases, the numbers began to decline until Abraham decided not to run again in 2009. Under her replacement, District Attorney Seth Williams, Philadelphia County has secured a total of three death sentences since 2010. 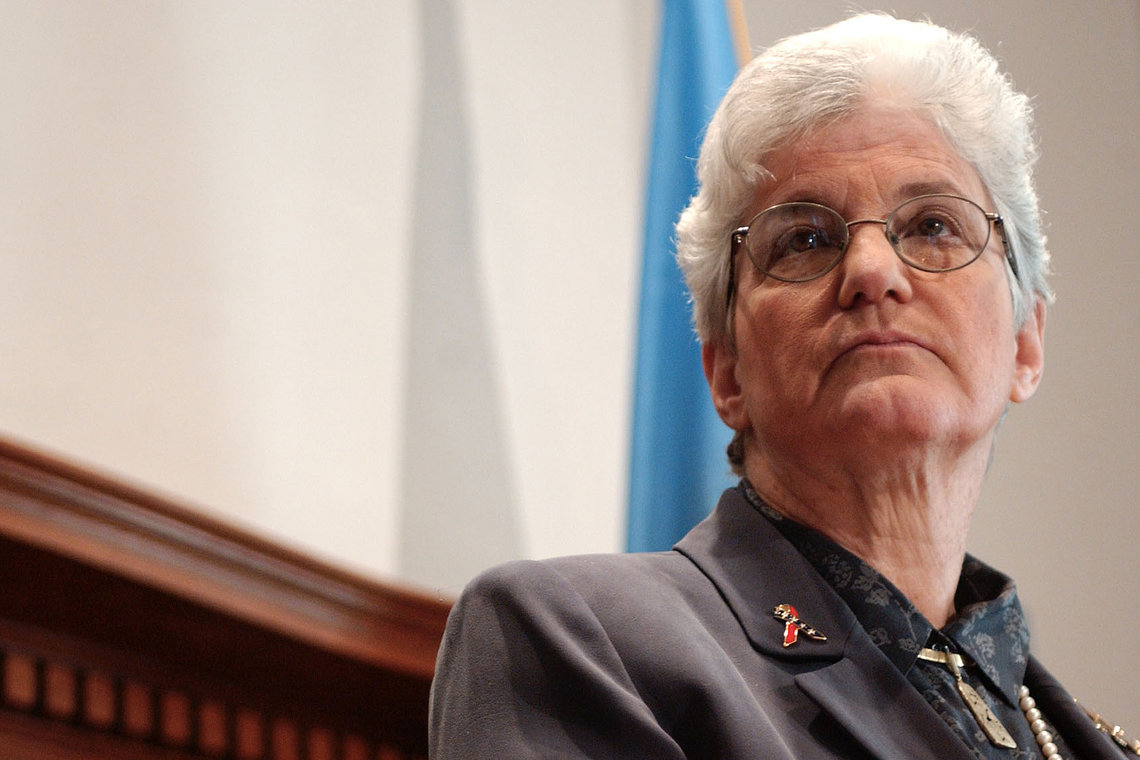 What happened: During the earliest years of Abraham’s tenure, Philadelphia County was beset by a budget shortfall. In 1992, the county ranked at the top of the list of counties in financial crisis in a survey commissioned by the National Association of Counties. The quantity of death penalty cases began to overburden county resources.

“The money started being spent as soon as the prosecutor filed a death notice,” said Paul Conway, who has been chief of the homicide unit in the Defender Association of Philadelphia since 1993. The cost of experts, psychiatrists, and others drives up the cost the sentencing phase of capital cases, he said. In Pennsylvania, if the prosecutor doesn’t pursue the death penalty, the sentence is automatically prescribed as life without parole for a guilty verdict for an eligible case.

The county’s use of the death penalty was also criticized for an apparent racial disparity. One study that looked at nearly 700 murder cases in the county over a 10-year period found that black defendants were approximately four more times more likely than white defendants to receive the death penalty for similar crimes. Around the same time, Abraham’s office was criticized for not aggressively prosecuting a cadre of white Philadelphia police officers involved in a corruption and brutality scandal that targeted largely poor and minority residents in North Philadelphia.

Abraham, who ran unsuccessfully for mayor this year, didn’t respond to requests for comment.