‘I’m Just Happy to Be Alive’

An Alabama man, wrongfully convicted, overcomes a judicial override to gain his freedom.

Montez Spradley was quietly released from the Staton Correctional prison in Alabama late Friday after serving nine-and-one-half years in custody, and over three years on death row, for a murder he did not commit. He was released because a state appeals court in 2011 ruled that his trial was unconstitutionally tainted by the admission of inadmissible evidence and because a subsequent hearing in 2013 revealed that a key witness against him had been paid for her dubious testimony. Here is the link to the 2011 ruling by the Alabama Court of Criminal Appeals, a court renown for affirming the convictions and death sentences of capital litigants.

There was never any direct physical evidence linking Spradley to the 2004 crime and the circumstantial case against him was woeful enough to prompt prosecutors to engage in what the Alabama appeals court subsequently called a miscarriage of justice. This helps explain why his trial jury (consisting of eight white jurors and four black jurors) voted 10-2 to grant him a life sentence -- a degree of leniency not typically afforded a black man charged with murdering a white woman in Alabama. That verdict was overridden, however, by the trial judge in the case, Judge Gloria Bahakel. She imposed a death sentence against Spradley, even after she approved the payment to that crucial witness (who has since recanted) and even though she knew that Spradley’s trial attorneys were unaware before and during trial that the informant had been compensated. 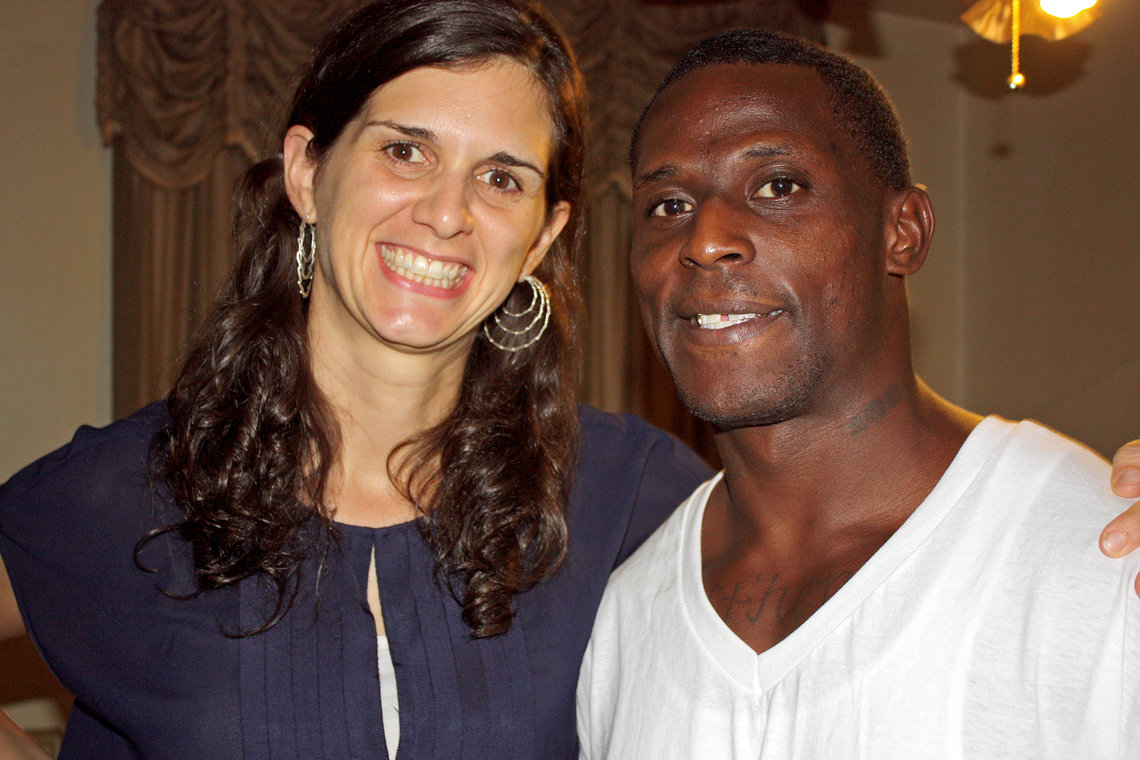 Montez Spradley with his attorney Anna Arceneaux on Sept. 10 in Birmingham, Ala.

Alabama is one of only three states that permit trial judges to override the verdicts of juries and impose sentences of death or life. Except that elected trial judges in Alabama almost never override juries when those juries come back with a recommendation of death. It’s only when jurors vote for life that judges intercede. Scores of death row inmates in Alabama were condemned by judges who rejected the life verdicts issued by jurors in capital cases. If a fellow can be lucky having served nearly a decade in prison for a murder he did not commit, Montez Spradley is lucky that his prosecutors and judge were so inept.

When the state appeals court ordered a new trial for Spradley in 2011 it affirmed a conviction he had received for intimidating a witness. That charge, too, was subsequently thrown out by the judge who defeated Judge Bahakel in an election. To gain his freedom, and to avoid the potential of another shady trial, Spradley entered what is known as an “Alford Plea,” in which he pleaded guilty to crimes without admitting that he actually was guilty of them. That got the clock ticking on his time served and, on Friday, that time served was up. Prosecutors declared that justice had been served. And Judge Bahakel, who never expressed any remorse for her role in this case, is long gone from office.

I spoke by telephone late Wednesday with Spradley and the lead attorney in charge of his case, Anna Arceneaux, who cried with him on a prison telephone four years ago when they learned that he had been granted that new trial. They had not spoken to any reporters since his release and the news of that release from custody had not yet reached the local papers. When I reached them they were, they told me, sitting in a car in a rainstorm about to go grab something to eat. “I’ve been eating a lot” after being released from custody on Friday, Spradley told me. But first he says he went last Friday night to see one of his daughters, his girlfriend, and his grandmother, in that order.

He didn’t have anything profound to say about his case or his cause. What is death row like for a black man in Alabama, I asked him. Spradley told me: “For a black man, or a white man, it’s pure hell on death row. It’s no place any man wants to be. You have to be very strong to go through something like that. If you are not strong you lose faith and hope. It will kind of kill your spirit. No one to talk to, just dealing with your inner self. Just having that over in your head, thinking that if you don’t get any relief on appeal you are going to die.”

And what does he want to do with his life now that he is out of prison? “I just want to be free and be around my kids and my family and my loved ones. Just glad to be home. I am just happy for that. I am not mad at anyone, not holding any grudges against anyone, I don’t hold any ill feelings toward anyone, I am just happy to be alive. Just happy to be alive.” A positive attitude that is not surprising given that the one book he remembers most from his time in prison is “A Man Thinketh,” by James Allen, which posits that men “themselves are makers of themselves.”