How a Stranger Helped One Man Rebuild His Life After Prison

‘I never thought people would care.’ 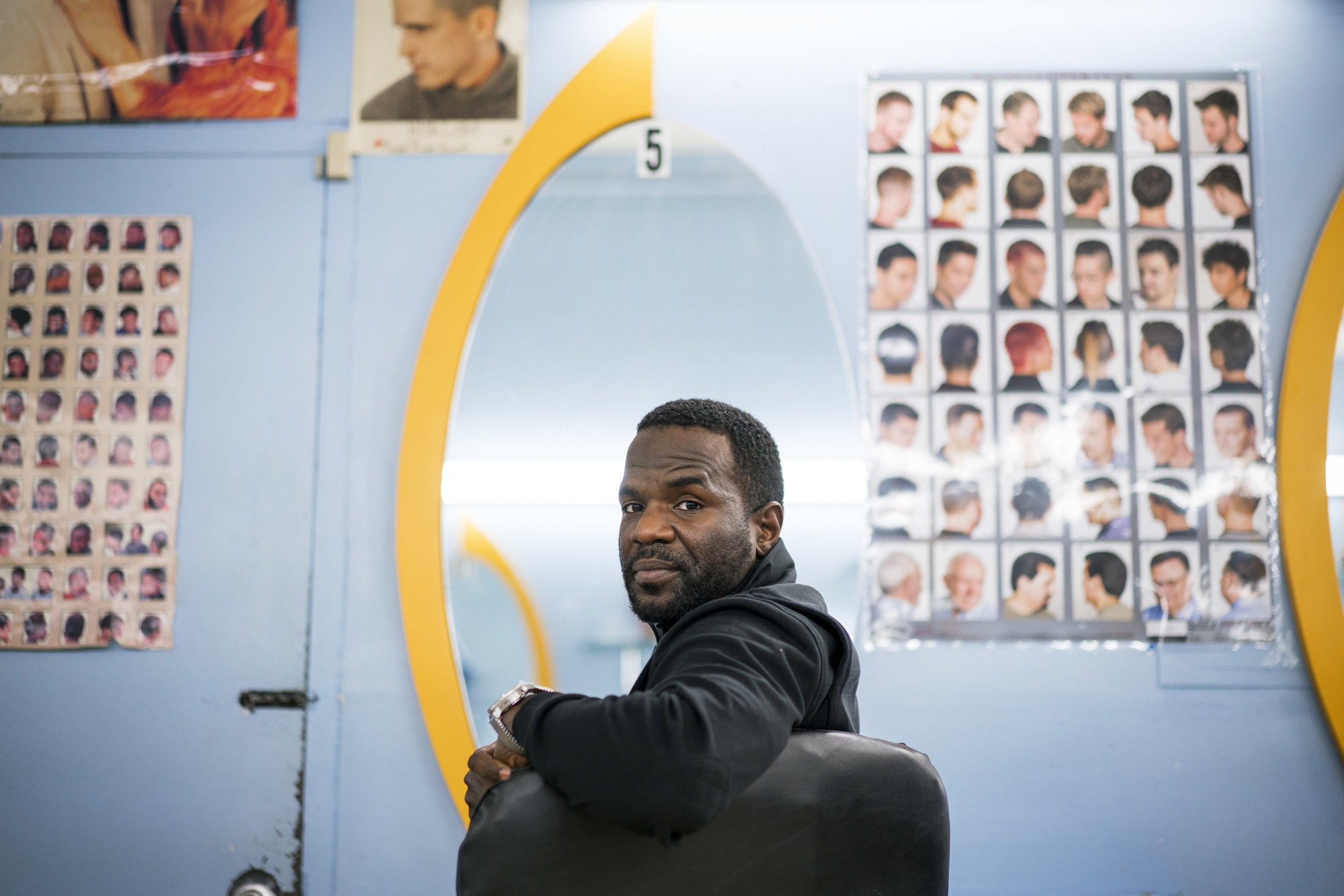 George Williams at the Tribeca Barber School in Lower Manhattan. Thanks to fund-raising by a stranger, he has spent months there learning a trade that once seemed out of reach. Damon Winter/The New York Times
By Tom Robbins

It took over four years, a disabling prison beating and the intervention of a stranger for George Williams to finally learn how to master a Dark Caesar with a low light fade and taper.

Williams, 33, has spent the past two and a half months blending, cutting and texturing at the Tribeca Barber School in Lower Manhattan. On Tuesday, he will face state examiners in the last required step before he can receive a New York barber’s license.

The license is something he has been thinking about for a long time, a career goal that lay beyond what often seemed like insurmountable obstacles.

Four years ago, Williams was sitting in a cell at Attica Correctional Facility, a maximum-security prison in a small upstate village, waiting out the remainder of his two- to four-year sentence for robbing a pair of Manhattan jewelry stores.

He was soon due for release. After that, he owed New Jersey, his home state, another stretch for a probation violation. Then he would be free. “Being locked up, you can feel like this is all you are, that’s all your life is worth,” he said in a recent visit to the school. His plan was to start again and learn barbering.

Read our original story about the beating of George Williams and the culture at Attica prison.

The plan took a detour on the evening of Aug. 9, 2011, when a group of corrections officers savagely beat him after mistakenly believing that Williams had hurled curse words at them earlier on the cellblock. Williams sustained two broken legs, a broken collarbone and a fractured eye socket in the assault. At a hospital in Buffalo, doctors inserted several screws into one badly mangled leg.

In March of this year, three guards pleaded guilty to official misconduct in the episode and agreed to give up their prison jobs in exchange for an agreement that they would serve no time behind bars.

The story of the beating and similar instances of alleged brutality at Attica were the subject of a Marshall Project story on the front page of The New York Times. At the time, Williams said he still had headaches and nightmares but was saving up for the $2,600 barber school tuition in the hope of getting on with his life.

Hundreds of miles away from New York, Donald Huber read the article. A 27-year-old United States Army specialist, Huber was stationed at Fort Riley, Kan., after spending nine months in Kandahar Province in Afghanistan with the First Infantry Division.

Huber, who grew up in Attica, was moved. He had attended high school with one of the officers charged in the assault. Several of his relatives had worked at the vast prison that dominates the economy of the rural village. On Facebook, friends were already posting the article.

“Most of them were saying how disappointed they were that something like that could happen in our backyard,” said Huber, who now attends college in Batavia, N.Y., just northeast of Attica.

“I wanted to show that the Attica community stood for more than what happened in that story,” he said. “Not only to help George but to show there are many of us who care and wish nothing but the best for people who are unfortunate enough to end up in prison and want to change their lives.”

Huber, who had never met Williams, started an online fund-raising campaign for him. By the end of the summer, the campaign had raised $5,800 through more than 70 donations in amounts ranging from $5 to $500. Many gave anonymously. 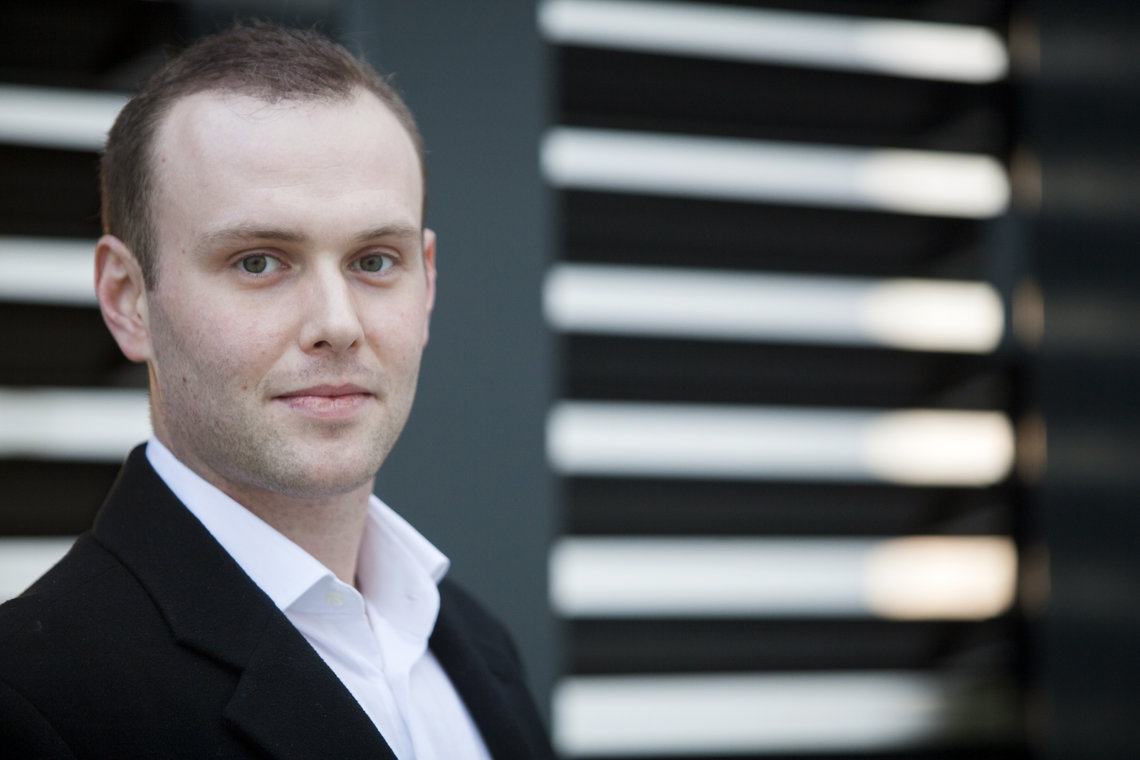 Donald Huber, who grew up in Attica, read an article about the assault on Mr. Williams and raised the money to send him to barber school.

The money was sent to Williams’s lawyer, who is representing him in a lawsuit against the three former guards and one current corrections officer who was dropped from the criminal case. The suit is delayed as the lawyers for the ex-guards appeal a decision by the state attorney general not to immunize them from damages that Williams might be awarded.

Williams said he was astonished to learn of the donations. “It was almost unimaginable,” he said recently. “I never thought people would care.”

In a short phone conversation a few weeks ago, he told Huber how grateful he was. “This man really stepped up,” Williams said. “This guy is a brave individual. I wish I could thank every individual who gave.”

There is still one more hurdle for Williams to pass. Under state law, those convicted of crimes can be denied a barber’s license if state officials decide the applicant lacks “moral character.” Those denials have declined in recent years after widespread publicity and criticism that followed a decision by state officials to deny a license to another former prisoner, Marc La Cloche. In a blistering 2006 decision, Justice Louis B. York of State Supreme Court said the denial had been discriminatory as well as “irrational.” The decision came too late for La Cloche, who had died.

A spokesman for the New York Department of State, which oversees the licensing, declined to discuss the status of Williams’s application, saying decisions are made case by case. In an email, however, he noted that “there is no absolute bar to licensure as a barber because of a felony conviction.”