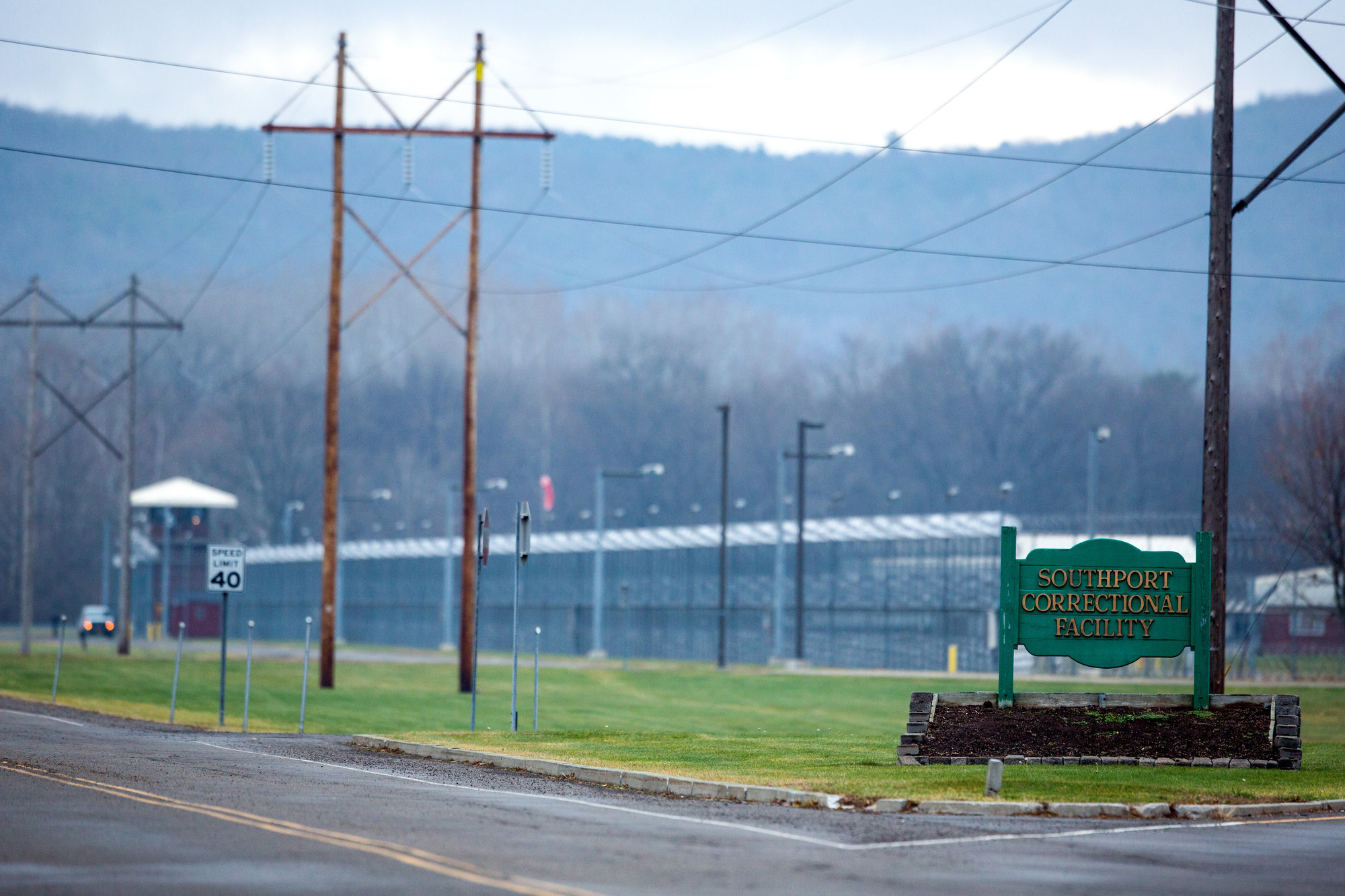 Speaking from a Brooklyn courtroom in 2010, a federal judge delivered a rebuke to New York State corrections officials. The state had just agreed to pay $300,000 to settle the case of a former prison inmate who said a guard at Arthur Kill Correctional Facility, which has since been closed, had squeezed his testicles so hard while frisking him that he defecated on himself.

The judge, John Gleeson of the Eastern District of New York, noted there were “red flags all over the employment history” of the guard, who had been the target of numerous other abuse claims brought by inmates, according to a transcript of his remarks. But the complaints, which were handwritten, were filed internally and “buried in the prison’s arcane filing system,” which organizes claims by inmate identification numbers, not the officers involved, Gleeson said.

It was a startling observation — that prison officials had no way of tracking problems with guards. But lawyers and prisoners’ rights advocates have long complained about the issue throughout the state prison system.

After months of inquiry by The New York Times and The Marshall Project, the state may be edging toward addressing the shortcoming.

A spokesman for the New York State Department of Corrections and Community Supervision declined to elaborate on how the department had handled internal grievances in the past, but he said it had begun electronically logging the complaints to allow it to monitor accusations of staff member misconduct. That project will be completed in 2016, the spokesman said.

The shift “will enable the department to change bad practices, remediate causes of liability and identify problem staff members,” he said.

State officials said there were currently about 4,000 open investigations into grievances filed by prisoners in New York’s sprawling system, which includes approximately 53,000 inmates across 54 facilities. A series of articles published over the last year by The Times and The Marshall Project examined brutality by corrections officers at prisons across the state and how they are rarely held accountable.

The union that represents prison guards, the New York State Correctional Officers and Police Benevolent Association, declined to comment on the change.

Grievances, however, are not the only way corrections officials have failed to identify and track problems with officers or facilities.

Each year, New York State inmates file hundreds of lawsuits, most of which are dismissed. But in many instances, the lawsuits could have functioned as another early-warning system, according to prisoners’ rights advocates and legal experts. Since 2010, the state has paid out at least $8.8 million in settlements or jury awards in cases in which guards were accused of prisoner abuse or excessive force, according to court records assembled by The Times and The Marshall Project. Among those 207 cases, the names of some officers and prisons crop up repeatedly.

“If you are serious about identifying bad actors, then you should not only be tracking the grievances, you should be tracking the cases that have been filed against them, substantiated or not,” said Karen L. Murtagh, executive director of the Prisoners’ Legal Services of New York, a nonprofit. “It is just one of the things to know.”

At least 30 state corrections officers were named in two or more abuse cases that ended in settlements or jury awards in favor of inmates, court records show. Of those, eight were cited in three or more lawsuits, including one officer at Southport Correctional Facility, a super-maximum security prison where all inmates are held in solitary confinement, who was named in nine cases.

Under state law, disciplinary actions against corrections officers are confidential, but 20 of the officers named in the cases are still working for the department, state records show. Nine of them have since retired and one, who was named in two brutality cases that settled, has resigned, according to the state comptroller’s office.

“I’ve never understood why these cases don’t lead to people losing their positions,” said Anthony Cecutti, a lawyer who has represented several inmates in brutality cases, including one that was settled this year for $80,000 in the middle of a trial.

In that case, which took seven years to be brought before a jury, a former inmate suffered a broken rib in an attack by guards at Attica Correctional Facility that was said to have been unprovoked. The state maintained that the inmate, who later underwent sex reassignment surgery, must have caused the injury herself. Two of the guards accused of having attacked her had been named in multiple lawsuits accusing the guards of brutality since 2010, four of which resulted in payments. State records show that one of the guards retired in October; the other remains on the job. 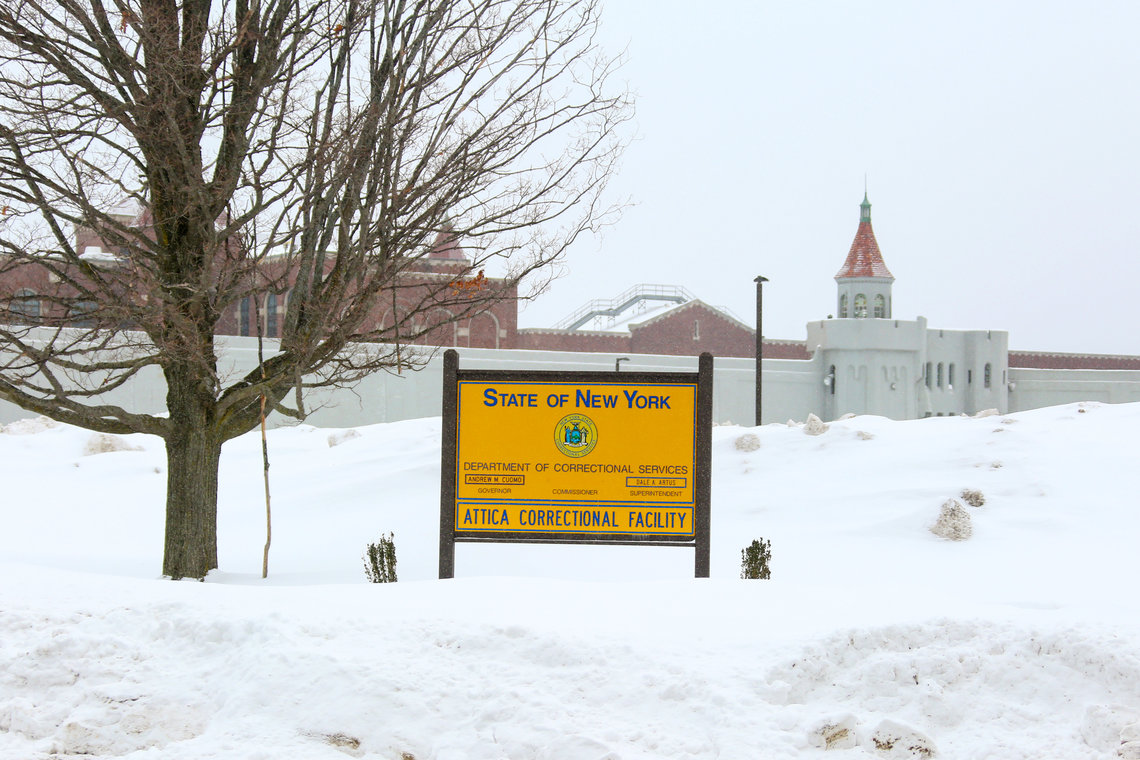 Attica Correctional Facility, a maximum security prison in western New York, was the site of a deadly riot in 1971.

Scrutinizing the settlements and jury awards since 2010, Attica, a maximum-security prison in western New York that was the site of a deadly riot in 1971, stands out: It was cited in 28 lawsuits, the most of any state prison. It is followed by Southport, with 26, and then Clinton Correctional Facility, the site of the inmate breakout in June, with 10.

A recent Times investigation examined the death of an inmate at Clinton in 2010 in which no guards were punished. A lawsuit filed by the family of the prisoner, Leonard Strickland, went to trial in November but is still pending.

A spokesman for the New York State attorney general, Eric T. Schneiderman, whose office defends prison employees in civil cases, declined to detail its approach to such lawsuits. “By statute, the attorney general’s office is required to defend state employees and agencies,” a spokesman said. “Each case is different,” he added.

The attorney general’s office, however, announced last month that it was teaming up with the administration of Gov. Andrew M. Cuomo to reduce the “litigation risk” facing state agencies, beginning with the corrections department. Among the steps they pledged to take were improved procedures for administrative hearings and training.

The notion of using lawsuits as a road map to possible corrective action is not new. Several cities, including Los Angeles and Denver, use civil litigation filed against police officers to identify trends of misconduct and officers in need of monitoring or retraining. This year, the New York City Investigation Department issued a report urging police officials to take similar steps.

“It’s a deeply imperfect measure,” said Mark G. Peters, commissioner of the Investigation Department, who wrote the report with Philip K. Eure, inspector general of the Police Department. “Some wrongdoing never results in litigation, and many cases brought are frivolous. But a bunch of lawsuits against someone is an indicator that maybe you want to take a harder look. In a world where data is scarce, you don’t turn it away.”

Peters, who served as an assistant attorney general defending corrections department employees in the 1990s, said the same concept could be applied to corrections officers, although he cautioned that a greater degree of skepticism was needed for lawsuits brought by inmates.

Institutional resistance to inquiries into brutality allegations is enormous, said Richard D. Emery, a civil rights lawyer who has brought numerous lawsuits on behalf of prisoners and who also serves as chairman of the New York City Civilian Complaint Review Board, which investigates complaints against police officers. Still, he said, greater scrutiny was essential.

“In this day and age, you have to do it,” Emery said. “And if you don’t do it, it is almost as bad as if you did it and ignored your findings.”