Some of Our Best Work of the Past Year

From David Simon's Baltimore anguish to elite police fraternities to teens behind bars.

If you've just heard of us, or even if you've been a regular reader since we launched in November 2014, we'd love to introduce you to some of our top features and investigations from our first full year of publishing.

Before we plunge into a new year of justice and injustice, we at The Marshall Project would like to thank all of you who helped us generate a sense of public urgency about the state of criminal justice in 2015 — our contributing writers and commenters, our publishing partners and, above all, you, our readers.

We published more than 400 original pieces this year, touching on policing, the courts and incarceration, on the vast racial disparities in the meting out of justice, the often disheartening politics, and the lack of accountability. Here are a few highlights of a year that had many of them — to read, re-read, or pass along to friends. 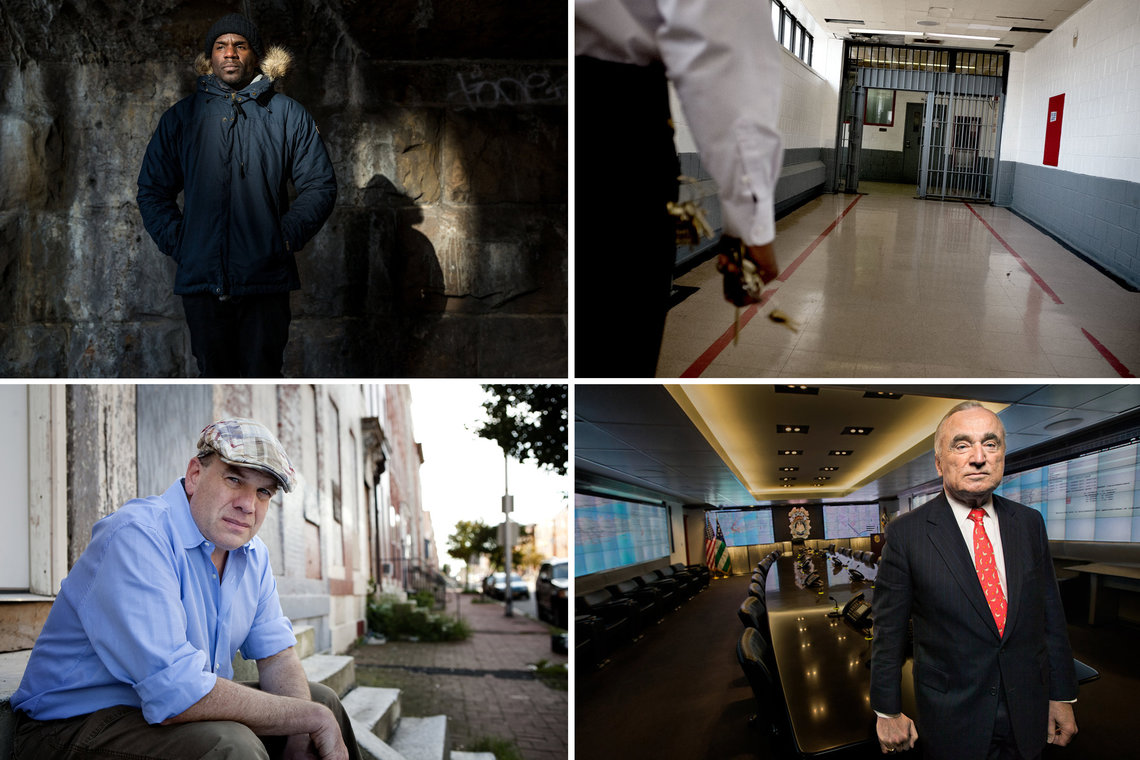 Our last major project of the year — "An Unbelievable Story of Rape " — was also the one that seems to have moved readers most powerfully. It is both a thrilling police procedural and a heartbreaking human story. The novelist Laura Lippman, no slouch in the storytelling department, tweeted that "it made me cry in public." (Partner: ProPublica)

Our most popular piece — at least until "Unbelievable," which is still drawing readers — was our Q&A with David Simon, the street-smart Baltimore reporter and creator of "The Wire." His unvarnished analysis of police dysfunction in his home city, following the death of Freddie Gray in police custody, is just as timely now as that case hits the courts.

Abuse at a notorious prison

A classic piece of investigative reporting, "Attica's Ghosts" exposed the brutality of life inside that notorious prison and kicked off a yearlong partnership with The New York Times that focused on conditions in the state's prisons and the virtual immunity granted to guards who go bad. (Partner: The New York Times)

Our most ambitious use of the Internet to engage the public on a subject of immense consequence was the "Next to Die" project, an interactive tool that tracks (and profiles) inmates scheduled for execution. (Partners: Seven local and regional news organizations.)

You'll find that race is at least a subtext in many of the stories here. Bryan Stevenson, the eloquent lawyer and social justice activist, put the legacy of slavery and Jim Crow front and center in this powerful Q&A following last summer's church massacre in Charleston.

Stories like this one are made possible by readers like you.
Support The Marshall Project
Inside an elite police fraternity

In a year when relations between urban police and many of the predominantly black communities they serve were severely strained, we introduced the "Rock Star Cops" who revolutionized modern policing, and now want to do it again. (Partner: Politico)

The cruel aftermath of an error

Sometimes, a great story is its own reward. In "Unfreed," we recounted the story of a man who is mistakenly released from prison, remakes himself as a family man and upstanding citizen — and then the mistake is discovered. (Partner: Matter)

The capriciousness of parole

In 26 states, parole boards are vested with almost unlimited — and unchecked — power to decide who gets out of prison and when. Our monthslong investigation lifted the veil on this secretive process, showing how politics keep more people behind bars than ever. (Partner: The Washington Post)

We wrote quite a bit about how our system treats juveniles. We were particularly proud of "What's Justice for Kids Who Kill?" (Partner: Slate) which wrestles with the roaring debate about the legal boundaries between child and adult, and "A Boy Among Men," (Partner: The Atlantic) about what too often happens when your throw a teenager into a prison full of adult men.

The complex politics of reform

And two pieces about the current politics of criminal justice: "How the Right Got Religion on Justice" (Partner: The New Yorker) traced the origins of a limited but important bipartisan reform campaign; and our multimedia project, "Willie Horton Revisited," reminded us how much our approach to crime and punishment is driven by fear.

That’s not to mention our day at the White House grilling President Obama (Partner: Yahoo), our insider's tour of the notorious Rikers Island prison complex (Partner: New York Magazine), our exploration of the campus-like prisons of Germany, (Partner: Vice News) or a few hundred others.

Happy New Year from The Marshall Project. Stay with us in 2016.