Could One of These Cases Spell the End of the Death Penalty?

Abolitionists seek the perfect case for a Supreme Court challenge.

Last June, Supreme Court Justice Stephen Breyer suggested that the death penalty might be close to its ultimate demise. “Rather than try to patch up the death penalty’s legal wounds one at a time,” he wrote in a dissent to Glossip v. Gross, to which Justice Ruth Bader Ginsburg added her name, “I would ask for a full briefing on a more basic question: whether the death penalty violates the Constitution.”

Attorneys for death-row inmates, generally a tight-knit group, immediately started talking about what to do next. While some urged caution — arguing that if the court upholds capital punishment it could set their cause back indefinitely — others sensed a rare opportunity. The most outspoken advocates for a more aggressive strategy have been the 8th Amendment Project, a group of lawyers who oppose the death penalty and are tracking cases that might allow the court to strike it down for good.

On Friday, the high court will discuss whether to hear a challenge to the death sentence of a Pennsylvania woman named Shonda Walter. Her case is one of several posed as direct responses to Breyer’s invitation to attack the death penalty head-on.

There is no way to know whether the justices will take any of these cases; for the court to take a case, four justices must agree, and aside from Breyer and Ginsburg, no other justices have indicated their views on whether to take such a challenge. If they do take a case, there is also no way of knowing which one they will position as the next potential landmark, the next Brown or Miranda or Roe. But each of those historic cases was preceded by numerous appeals of the sort that are now reaching the court. Death penalty abolitionists are braiding the details of these cases to the legal arguments they believe have the best shot at swaying the court.

Shonda Walter, whose case will be discussed in a conference of the judges on Friday, was convicted in 2005 of killing 83-year-old James Sementelli with a hatchet in the small, central Pennsylvania town of Lock Haven. She was 24 years old. Walter’s current defense team argues that her trial was unfair in part because her trial lawyer openly conceded her guilt to the jury (she tried to have a new lawyer appointed, but the judge refused). In an appeal, the trial lawyer made arguments that one judge described as “unintelligible.” Her new lawyers argue that Walter “emerged from an arbitrary process which fails to limit the death penalty to the worst offenders.” 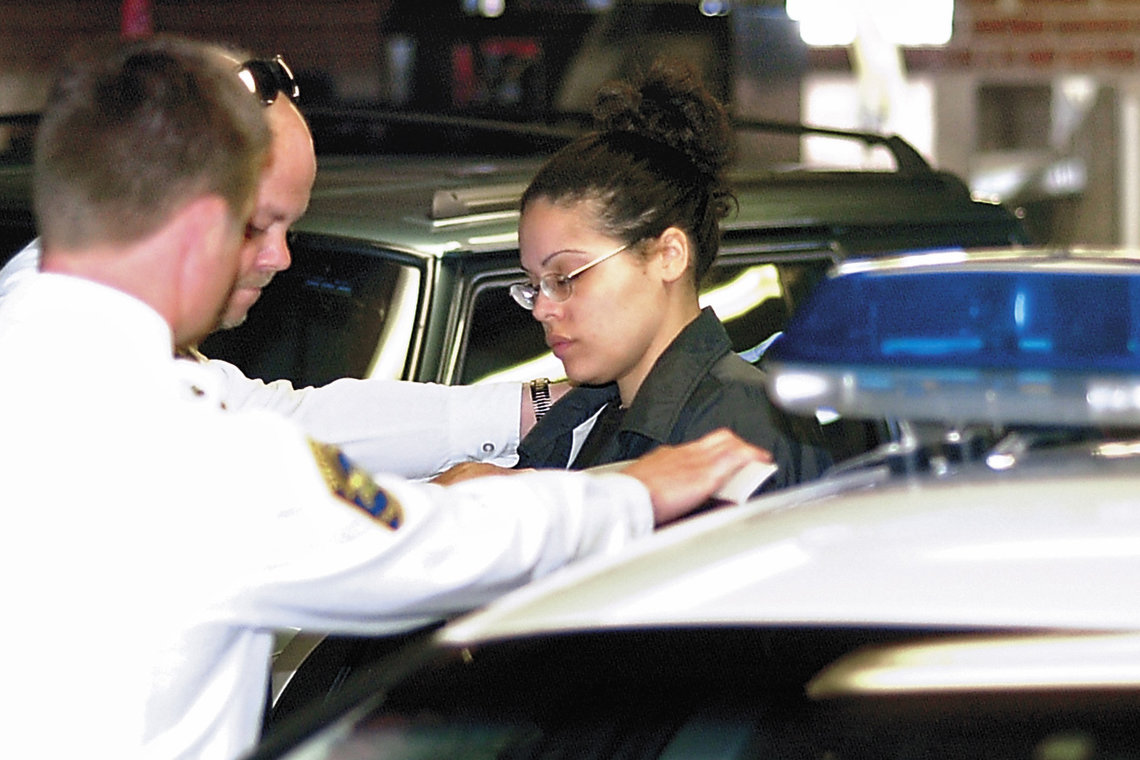 Shonda Walter, right, is placed into a police car in Lock Haven, Pa., after being found guilty of first degree murder in April 2005.

Several independent groups have weighed in on Walter’s case with briefs that aim to tie it to broad arguments over the death penalty’s fairness as it is practiced around the country. In one, a group of social scientists declare that an “extensive body of academic literature” shows prosecutors pursue the death penalty disproportionately against blacks (Walter is black) and discriminate to keep blacks off capital juries. A brief by the group, Witness to Innocence, argues that innocent people are often sent to death row (and Walter’s own petition notes that the kind of bad lawyering that got her to death row is present in many of these wrongful convictions). A third brief, by several groups of French, British, and Irish lawyers, urges the court to follow the lead of other Western countries that have abolished the death penalty (they note that prior U.S. Supreme Court decisions limiting the death penalty’s use have cited foreign law).

If the court decides not to take Walter’s case, they will have another case to review almost immediately. In late January, several attorneys will petition the Supreme Court to take up the case of a young man named Lamondre Tucker, on Louisiana death row for the 2008 murder of his ex-girlfriend Tavia Sills and her unborn child (the latter counted as a second victim, which made Tucker eligible for the death penalty).

His attorneys contend that his age (18) and his IQ (74) should have disqualified him for the death penalty because the punishment should be reserved for the “worst of the worst,” and his immaturity made him less culpable. The Supreme Court has generally been sympathetic to this line of thinking; in 2002, the justices struck down the death penalty for those with an intellectual disability, and then in 2014 said that Florida could not rely entirely on an IQ score — they were using 70 as the cutoff — in determining whether a person was eligible for death. The court has also ruled against the death penalty for murders committed by anyone under 18.

There are other cases working their way through the lower courts that hinge on issues of intellectual culpability, and form part of the defense community’s belief that the death penalty as a whole cannot be fixed. One such case is that of David Dickerson, who was convicted of the murder of his ex-girlfriend and assessed to have an IQ of 71. When he lost an appeal to the Mississippi Supreme Court, one justice wrote a passionate dissent, arguing that the legal standard of intellectual disability remains far from resolved, since every state has a different cutoff for who qualifies for death.

A second argument that anti-death penalty lawyers are sure to make before the court is that the punishment has become arbitrary because so few counties currently send people to death row. Breyer pointed to studies of these disparities in his dissent, including one by the Death Penalty Information Center finding that only 15 percent of U.S. counties account for every death sentence handed down since the 1970s.

At least symbolically, it may help these lawyers if the court picks a case that emerged from a county known for being particularly strident in its support for capital punishment. Tucker, for example, was convicted in Caddo Parish, where prosecutor Dale Cox recently told reporters that Louisiana should “kill more people.” Tucker’s lawyer, Ben Cohen, also represents two other men from Caddo Parish whose cases will likely come before the court later this year or next. These include Rodricus Crawford, who was sentenced to death in 2013 for the death of his infant son, and Marcus Reed, sentenced to death the same year for shooting three men he believed were stealing from him.

The Caddo Parish district attorney’s office did not respond to requests for comment, but other prosecutors argue — and may argue to the Supreme Court — that since district attorneys are elected, they are exercising the will of the people. Johnny Holmes, the longtime district attorney in Harris County, Texas, who sought and won an average of 12 death sentences every year from 1992 to 2000, recently told The Marshall Project, “The public could have thrown me out if that’s what they wanted.”

Regardless of what case they pick, the justices have many options; they could restrict the death penalty without abolishing it altogether. They could raise the age of who qualifies for the punishment or define more stringent tests for IQ or other indicators of mental ability. They could strike down the laws governing how juries make death decisions in some states1 but not others, or strike down laws keeping information about execution drugs secret. They could restrict the death penalty to the most heinous crimes, such as mass acts of terrorism or killing a police officer or prison guard.

For example, they could invalidate laws allowing judges to override the decisions of juries (Alabama) or juries that are not unanimous to hand down death sentences (Florida).

These options would pare the death penalty down to a “smaller, more carefully defined set of defendants,” says Evan Mandery, the author of “A Wild Justice,” a history of efforts to bring down the death penalty in the 1960s. But this could be an unsatisfying victory for abolitionists, since “it might have the side effect of making it appear that the problems with the death penalty have been fixed and restore public confidence.”

The key swing vote in all of this, as in much else, is Justice Anthony Kennedy. In the past, he has written opinions striking down both the death penalty and life without parole sentences for juveniles — in both cases he cited “international opinion,” giving hope to death penalty abolitionists — but he has never given an unambiguous sign of his views on capital punishment as a whole.

During the public arguments over the Glossip case, which spurred the current push, Kennedy did not say much. Dale Baich, an Arizona defense attorney, was watching. “His head was in his hands,” the lawyer recalled, “and he just had a troubled look on his face.”

Correction: An earlier version of this article incorrectly gave Tucker's age as 19.