Why African-Americans don’t trust the courts, and why it matters.

It has been 18 months since Michael Brown’s death prompted violence in the streets of Ferguson, Mo., but the bitter fight over the role of race in American policing is far from contained. In fact, my research suggests that the disparate treatment African Americans receive at the hands of the criminal justice system – or even the perception of disparity – may perpetuate inequality in ways that so far have been largely overlooked.

For a study that will be published in the Iowa Law Review, I set out to examine the civil justice system – the system that adjudicates private matters, most often disputes between two individuals. Specifically, I wanted to understand the reasons behind a finding from an American Bar Association (ABA) survey that showed that the poor were less likely to use the civil system than people of greater means.

It is well known among scholars that organizations providing free civil legal assistance typically have to turn away half of potential clients because they do not have the necessary funding, and thus the necessary manpower. I was interested in a question that was harder to understand: why, according to the ABA, did three-quarters of poor people who told researchers they had experienced a civil justice problem never even take the first step of seeking free legal help.

I conducted in-depth interviews with public housing residents, roughly half of whom were black and half of whom were white, in order to answer this question. The questions focused on experiences with and attitudes toward civil courts and organizations. To my surprise, many respondents cited negative past experiences with the criminal justice system as a reason not to take a landlord or a spouse to court. These experiences had led to a mistrust of legal institutions in general, particularly among African-Americans: 75 percent of white respondents in the study said they ultimately trusted courts, compared to only 22 percent of the black respondents. Many African-Americans feared that turning to the civil justice system for help would actually make things worse for them, not better.

One woman’s story was typical: The reason she had not pursued a divorce from a long estranged spouse — thus giving up child support and risking the loss of alimony — was that she believed she would have to seek help from a public defender. She believed her brother had once ended up in jail because of the incompetence of a “public pretender” and she was afraid the same thing might happen to her. “For all I know, I’d go in for a divorce and come out in jail,” she told me. 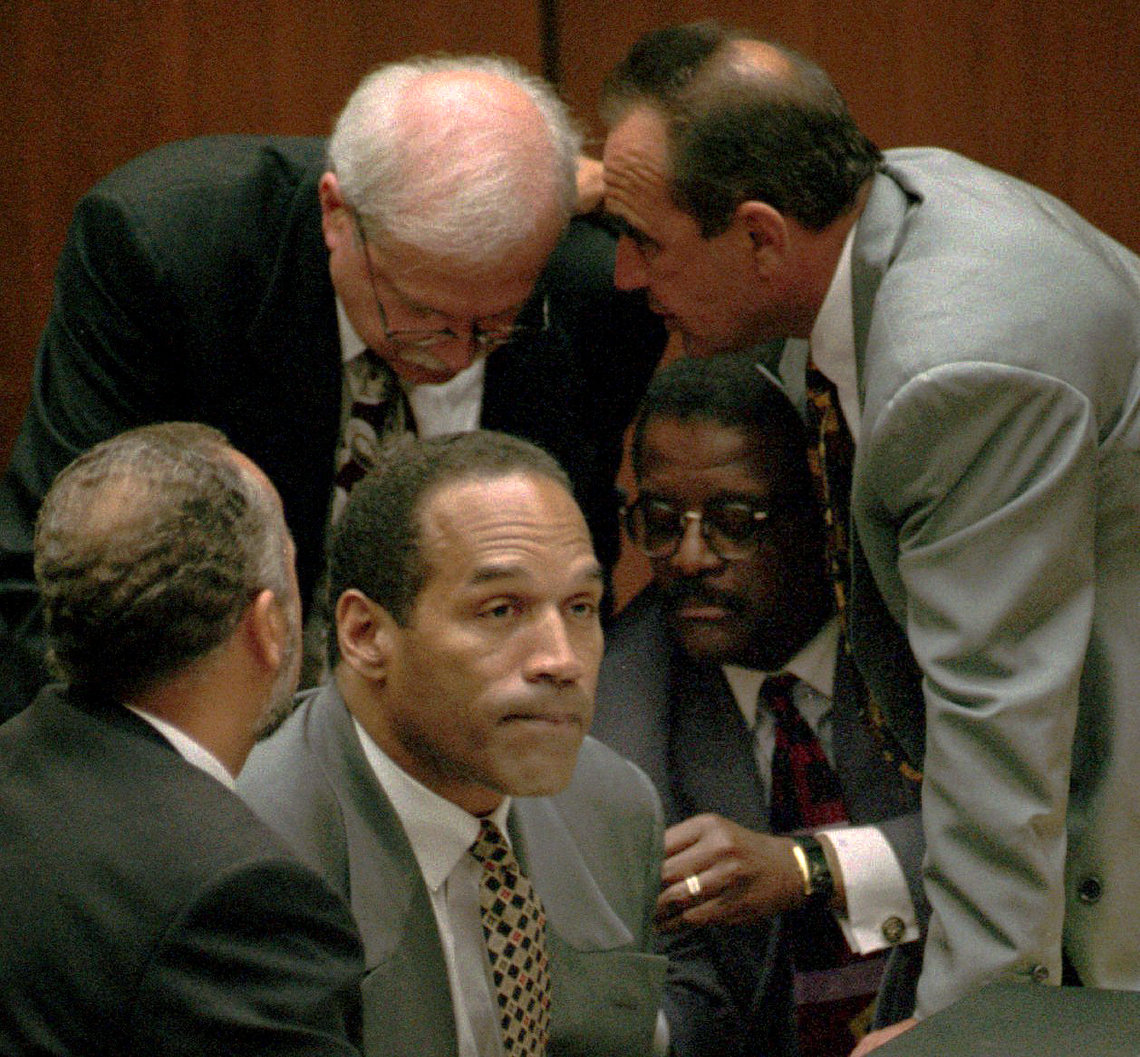 Sensational criminal trials such as the O.J. Simpson case — now the subject of a TV reenactment — added to the belief among respondents that the system was rigged against them. My interview script included questions about the 1995 Simpson trial at the end of the interview. In the majority of cases, I did not get to those questions before the respondents, both black and white, raised Simpson’s murder acquittal as an example of a system in which justice can be “bought.” Indeed, for some respondents, the O.J. Simpson verdict was a defining moment in their understanding of the justice system. As one black respondent said, “Look at O.J. He did it. His lawyers is how he got off. . . If he had a public defender, he’d be in jail. Everyone should have lawyers like that.” (Simpson actually is in prison, for a 2008 robbery conviction.)

It was not just suspicion of an unjust criminal justice system that made respondents wary of seeking help for civil problems. Many cited negative interactions with public institutions more broadly, whether with the housing authority, a welfare office, or a school principal. Words such as “awful” and “disrespected,” “pathetic,” “shameful,” and “lost,” recurred when they described such experiences, which they perceived as “legal” in nature. These encounters directly affected their reluctance to get involved in any kind of formal legal proceeding. Seeking out lawyers and going to court for civil justice would mean putting themselves back into the claws of yet another institution that they do not trust and in which they feel lost.

Many of those I interviewed had developed narratives of self-sufficiency, which dictated that they solve their own problems rather than seeking help. These narratives made them feel superior to those who sought help. They refused to be like “sue-happy” rich people who too often relied on others to address their issues, abusing the system. As one respondent said: “Eh, I think those rich people overuse lawyers anyway. I solve my own problems. Me, me, me. I don’t need no help. I’d rather do it myself.”

Why should we care? Existing research shows that inaction on everyday civil issues may perpetuate inequality. Consider, for example, a mother who is unfairly evicted after complaining about building-code violations that are endangering her children. Instead of taking her landlord to court, she moves in with her relatives. A cascade of troubles follows, driving her into even deeper poverty: The new apartment isn’t served by public transportation, so she can’t get to work on time and loses her job; without work, she can’t afford child care; her overcrowded living situation triggers a call from Child Protective Services. For the poor, dire consequences can result from a seemingly small legal problem that could be handled easily and for free by a local legal aid office.

Unfortunately, with each day, there seems to be another headline that perpetuates the fear that agents of the government will hurt the very people they are meant to help. To overcome this problem, and the inaction on civil-justice issues that results, we may have to rethink how we deliver legal services to the poor. One potential avenue to explore is embedding the availability and delivery of legal services within institutions that are perceived as “safe,” such as churches, community centers, or schools.

Interestingly, the people I interviewed who had sought help from the formal legal system almost always attributed their willingness to a family member or friend who had used legal aid and had a positive experience. These anecdotes provided them with hope for themselves, and should provide us with some hope for the long run. The first step is understanding that when people have negative experiences with, and perceptions of, the criminal justice system, the potential repercussions for inequality extend far beyond the criminal justice system.

Sara Sternberg Greene is an associate professor of law at Duke Law School.