What Kalief Browder’s Mother Thinks Should Happen to Rikers

‘There was nothing I could do with him being in there.’

The speaker of the New York City Council shook up the political landscape this week when she announced a slate of reforms aimed at reducing the population at Rikers Island in order to realize the “dream” of shutting down the city’s infamous jail complex. The proposal by Speaker Melissa Mark-Viverito, which included setting up a commission headed by the state’s former chief judge, drew the support of Gov. Andrew Cuomo, while Mayor Bill de Blasio called it “noble” but “very difficult.”

In her address, Mark-Viverito drew on the story of Kalief Browder, who was held on Rikers Island as a teenager for three years, two in solitary confinement, without ever standing trial. He was beaten by guards and fellow prisoners, violence that was captured on surveillance cameras. The charges were eventually dropped. At home last year, he committed suicide, and his story has become a touchstone for many reform advocates. “Rikers Island has come to represent our worst tendencies and our biggest failures,” Mark-Viverito said before an audience that included Venida Browder, Kalief’s mother.

Browder spoke with The Marshall Project’s Alysia Santo about her son and the movement to close Rikers Island. The interview has been edited for length and clarity.

One argument in favor of shutting down Rikers is that it is so isolated from the rest of the city, it’s practically invisible to the public and difficult for people to visit. When Kalief was on Rikers Island, how often would you visit? What was that trip like?

Let me tell you, that is an all-day trip. I’m in the Bronx, and it took about two and a half hours on a good day. It's a job. But I went every weekend for three years.

If he was in a facility in the Bronx, I could have went on a weekday, and that would have made him more at ease instead of him having to wait for the weekend to see his mom. If he was closer, I could have been more of a support for him.

Sometimes I would cry because there was nothing I could do. He used to tell me, “Mom, stop crying,” ‘cause people would notice. But as his mother, I'm supposed to protect him. But there was nothing I could do with him being in there. When he first told me how he was being beat, I said, “Well, Kalief, I can go over their heads and I can go tell.” And he said, “No, mom. Don't do that.” Because he was afraid of what would happen to him. 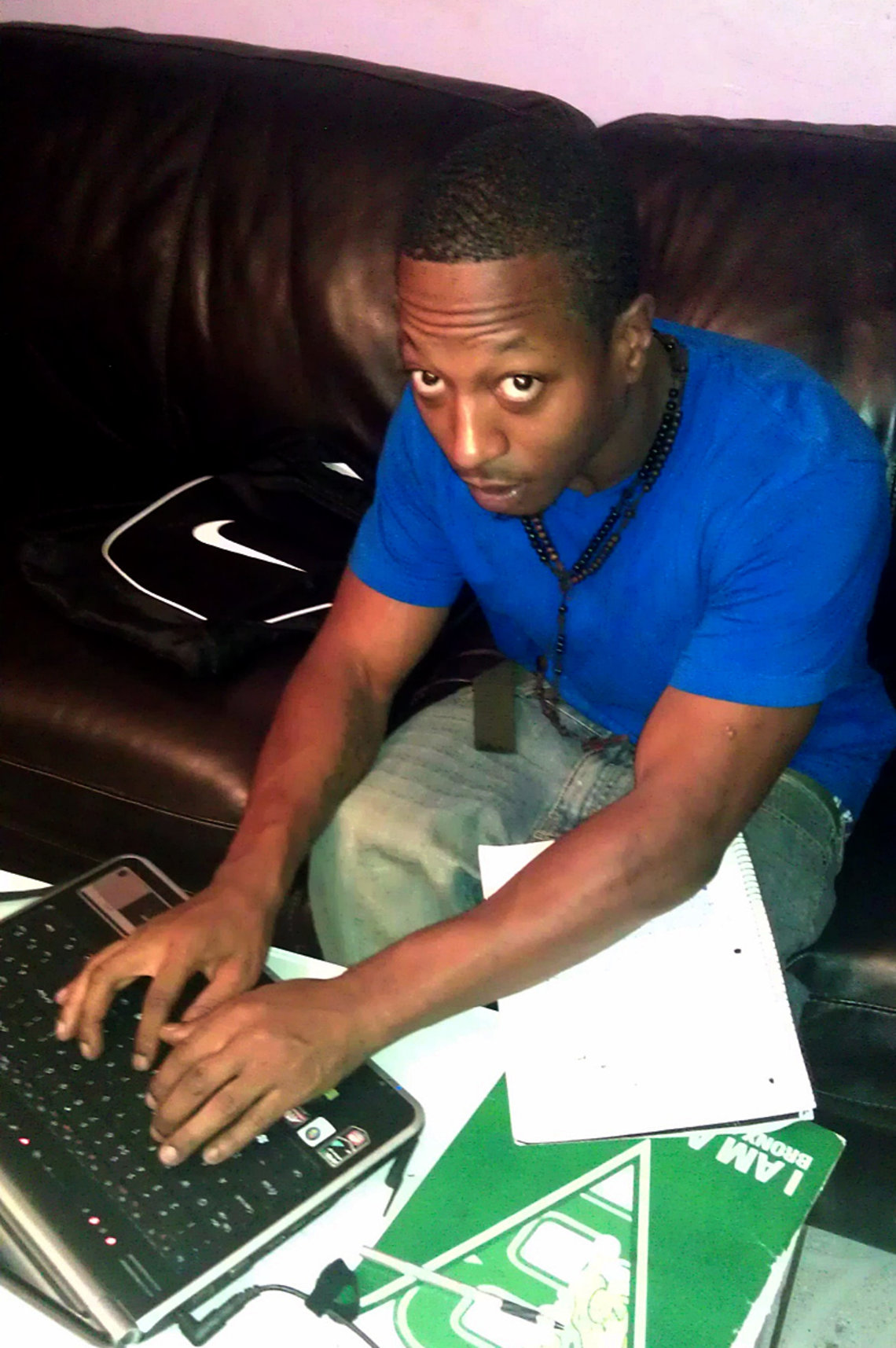 When Kalief first came home from Rikers Island, what was the first thing you noticed?

Physically, he was here, but mentally, he was still in Rikers. The solitary confinement really messed him up. It made him very paranoid. He was terrified of ever having to go back to Rikers. He felt that people were police plants, trying to get him. He was afraid to trust anybody. He even told me one time, “I don’t know if I can trust you.” To show you how far his paranoia went, it got to the point where I couldn’t watch certain TV channels because he said they were linked to the police, and if I had those channels on they could see or hear anything going on in the house.

He was angry all the time. He got in a verbal altercation with one of his brothers, and next thing you know, they started fighting. I was looking at Kalief, and a look came over him that wasn’t Kalief. And it terrified me. And his brother had to go to the hospital because he threw him onto a glass table, and his brother cut his foot. Kalief later apologized and told me, “Ma, I don’t know what happened, but I was back at Rikers and I had to fight.”

His paranoia continued to progress to where he wouldn’t even talk to me in the house if it was something dealing with the case or what happened at Rikers. If I needed to talk to him, we had to go outside the house and outside the front gate. The night before his suicide, he was just pacing back and forth in the house. And then he said, “Ma, I gotta talk to you.” So we went outside the gate and he said, “Ma I don't know what to do.” He was talking about a message on Facebook. He said, “They said they warned me and I didn’t listen.” And he was terrified. He had tears in his eyes. I don’t know what the message said. His brother knew his password, and when I checked it Saturday evening after the police took his body away, every piece of message or information, it was all erased.

So no one knows what scared him that night before?

He tried to show me one message, but I didn’t see what he saw. I couldn’t understand it, and I didn’t want him to see me not believing him. And I was proud that he told me, but at the same time it hurt that he was going through so much. 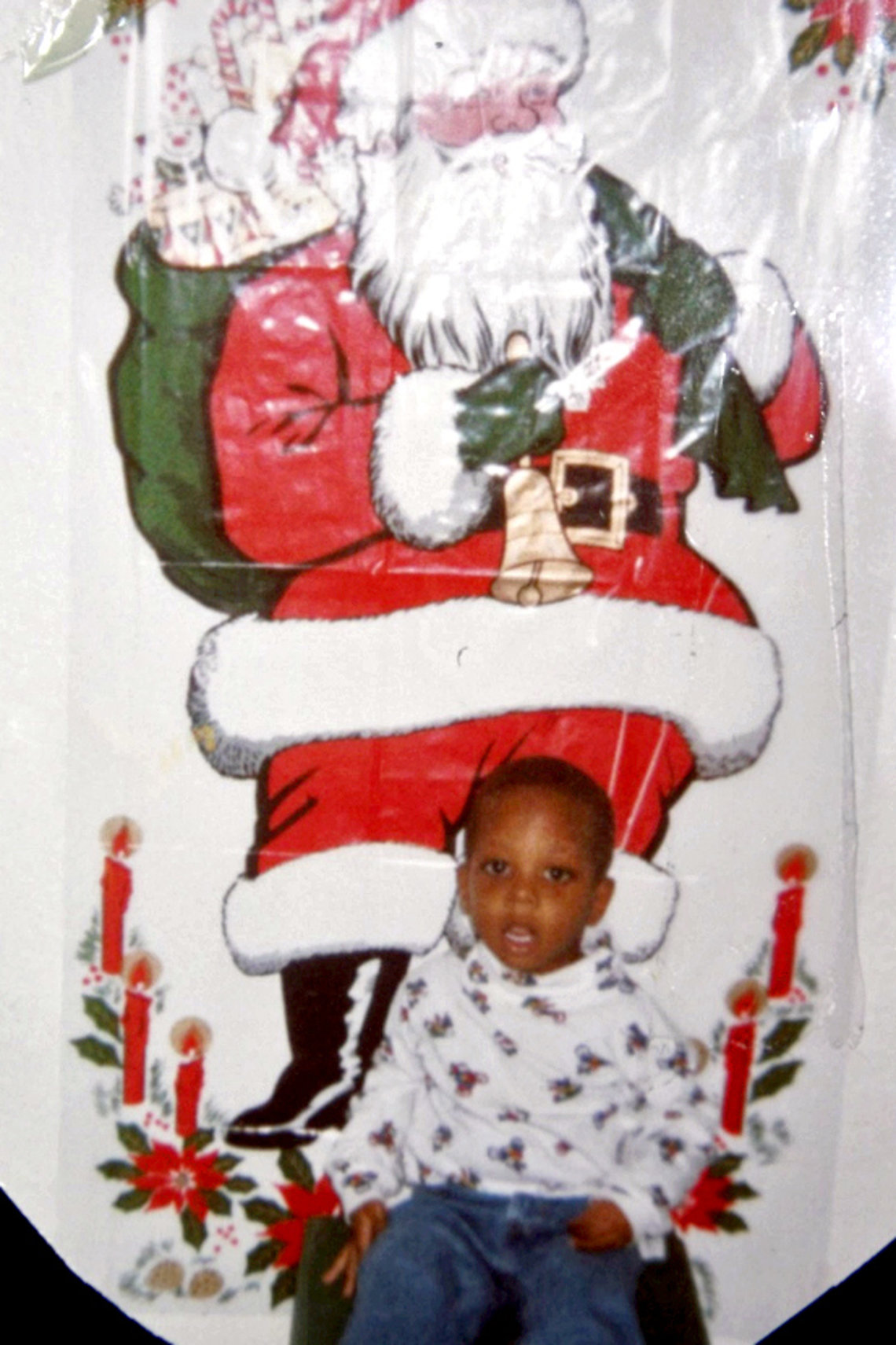 Kalief Browder in an undated photo.

I want the city — and when I say city, I mean the NYPD, the courts, and Rikers — I want them to admit that they’re the reason my son is dead. He never had any mental issues till he went to Rikers. These are people that take our kids. Sixteen is a kid. If Kalief was here and I beat him and mistreated him, I’d be in jail for child abuse.

They need to do away with Rikers. That’s the jist of it. It’s a horrible place. Shut it down. They can make different facilities in the boroughs where the child lives. Maybe that would help.

Kalief’s story has caused people to take a second look at our justice system and feel compassion when they might not have otherwise. Has all this attention surprised you?

It really surprised me, especially when President Obama opened his editorial about ending solitary confinement for juveniles with Kalief’s story. I’ve met a lot of people, judges, politicians. I’ve even met Sandra Bland’s mom. And out of all the people I met, she is the one that really understands my pain, because she lost her child. When we met, her hug really hit me. And I could not control my tears.

I admire her because she goes out there and travels to different states to speak. Me, I speak here and there, but if it was up to me, I’d just stay in my room and be with Kalief, with his pictures and everything. I cry every day. Every day. He may have hung himself, but the strings were pulled by the system. They destroyed my family, and they definitely destroyed me. And I’ve lost faith in the judicial system, the police. Not all cops are bad, and not all COs are bad, but being that the bad ones destroyed my son, it’s hard. It’s a lot to deal with.

I was going through his things after he died, and I came across a questionnaire he had to fill out for therapy or something. It said: “What do you do when you’re angry? Who do you go to talk to?” And the first person he put was me. Do you know how I felt that he put me? I’m sorry (crying). He put me down first, and there was nothing I could do to stop him.

And you know, I just miss my son so much. He was my youngest. He was my baby. I have to go out there and speak on his behalf. And I hope one day he will get the justice he deserves. They are waiting for this story to die and get swept under the rug. It’s not going away because I’m not going to let it go away.