Why Some Prisoners With HIV Get Better Treatment Than Others

With the highest incarceration rate of any state in the nation, Louisiana locks up so many people that 40% of those sentenced to serve time in state prisons are instead sent to a local parish jail. This has long created a two-tiered system: people in prisons have access to educational and vocational programs in state-run facilities that the 15,000 state inmates assigned to jails don’t.

A new report released Tuesday shows the consequences of this system can be deadly. Beyond access to classes and job training,the disparities extend to HIV care, too. 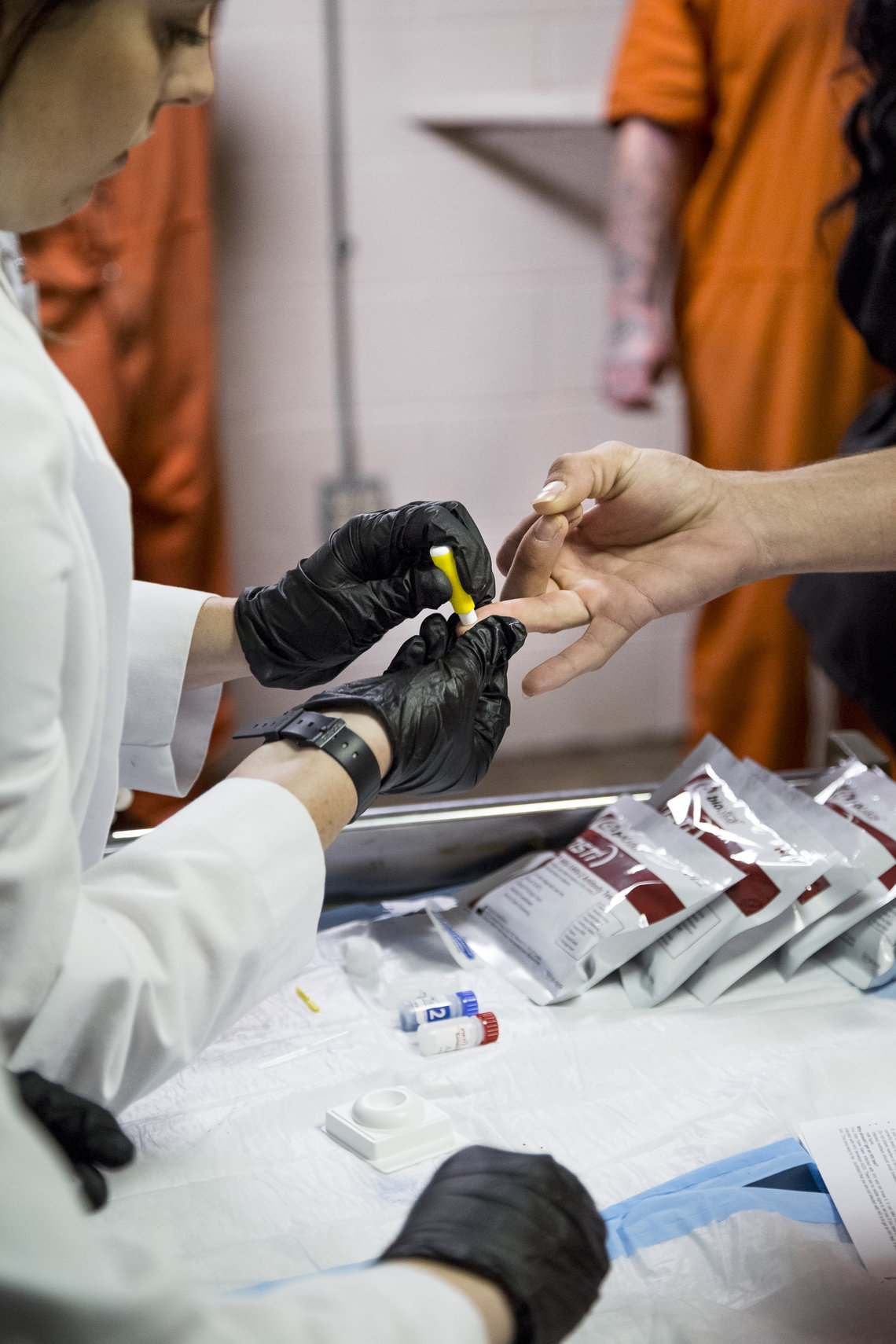 While state prisons provide routine HIV testing and treatment and a well-respected federally funded program to link inmates to medical care on release, HIV care in the jails is “limited, haphazard, and in many cases, non-existent,” concluded the Human Rights Watch report.

Of the state’s 104 jails, only five provide routine HIV testing, researchers found. And for inmates who are HIV-positive, treatment is often delayed and inconsistent. “Some days they would give me all of my pills, other days only some of them, and once it stopped for a week when they ran out. Another time they gave me somebody else’s meds,” one man told researchers about his time in Orleans Parish Prison.

After Marvin Auguillard was diagnosed with HIV in East Baton Rouge Parish Prison in 2008, he continued to cycle in and out of several of Louisiana’s prisons and jails, mostly on a series of forgery and theft charges. Still, his 2012 stint at the Orleans Parish Prison in New Orleans stands out. (Some of the facilities, like Orleans Parish’s, refer to themselves as prisons, but in practice they are akin to county jails.)

“I stayed there seven months and got no medical treatment at all,” Auguillard said. He went in with his HIV relatively well-controlled on a regular regimen of medications, he said. By the time he got out, his CD4 count had dipped below 200 — which means he had AIDS — and soon after his release, he said he came down with cryptosporidium, a dangerous infection that can be fatal in people with HIV.

Spokespeople for the Orleans Parish Prison and the Louisiana Sheriff’s Association did not respond to requests for comment.

What began in the 1990s as a measure to reduce overcrowding in the state system has since morphed into an economic engine in rural areas. Now, sheriffs facing economic pressures to keep beds full and costs low barter state inmates amongst themselves like assets, a 2012 Times-Picayune investigation found.

Several former jail inmates reported their family members had to bring their medications from home, because they were told the medication was too expensive. Given the price of HIV medications — which can cost thousands of dollars each month — and other related specialty care, many jail administrators were frank with the researchers, telling them they do not offer testing because caring for people who turn out to be positive is too expensive.

About 1.5% of prisoners nationwide — some 30,000 people — are infected with HIV. Because the risk factors for going to jail and for becoming infected with HIV often overlap — addiction, poverty, being gay or transgender — the rate of HIV in prison nationally is some three times higher than in the general population. In Louisiana, 3.5% of the state’s prisoners are infected.

The problem doesn’t affect just prisoners; it’s a public health concern as well. In recent years a major push in HIV has been “treatment as prevention”— people whose HIV is well-controlled are substantially less likely to infect others. A cornerstone of this philosophy is ready access to HIV testing, with regular and uninterrupted treatment for those who are positive.

Gaps in access to HIV medication can lead to resistance to the first-line medications, making treatment more difficult and expensive in the future.