A Peek at the Golden Age of Prison Radio

In 1938, as the Great Depression was winding down, a Texas radio station began airing “Thirty Minutes Behind the Walls,” a variety show broadcast every Wednesday night from the state prison in Huntsville. The show featured male and female prisoners singing, strumming, dancing, and acting. At one point, it had five million listeners, who sent in as many as a 100,000 fan letters each year. Executions were stayed so that they would not conflict with the show, which was performed in an auditorium 50 yards from Old Sparky, the state’s electric chair.

In a new book, “Texas Jailhouse Music,” Caroline Gnagy collects the stories of the men and women who performed on the show and at the annual Texas Prison Rodeo. Gnagy, a writer who herself plays country music, was inspired to do the research after seeing photos of the Goree All-Girl String Band and reading a Texas Monthly story about the group from 2003, “O Sister, Where Art Thou?” Jennifer Aniston has spent years trying to make a film about the band. 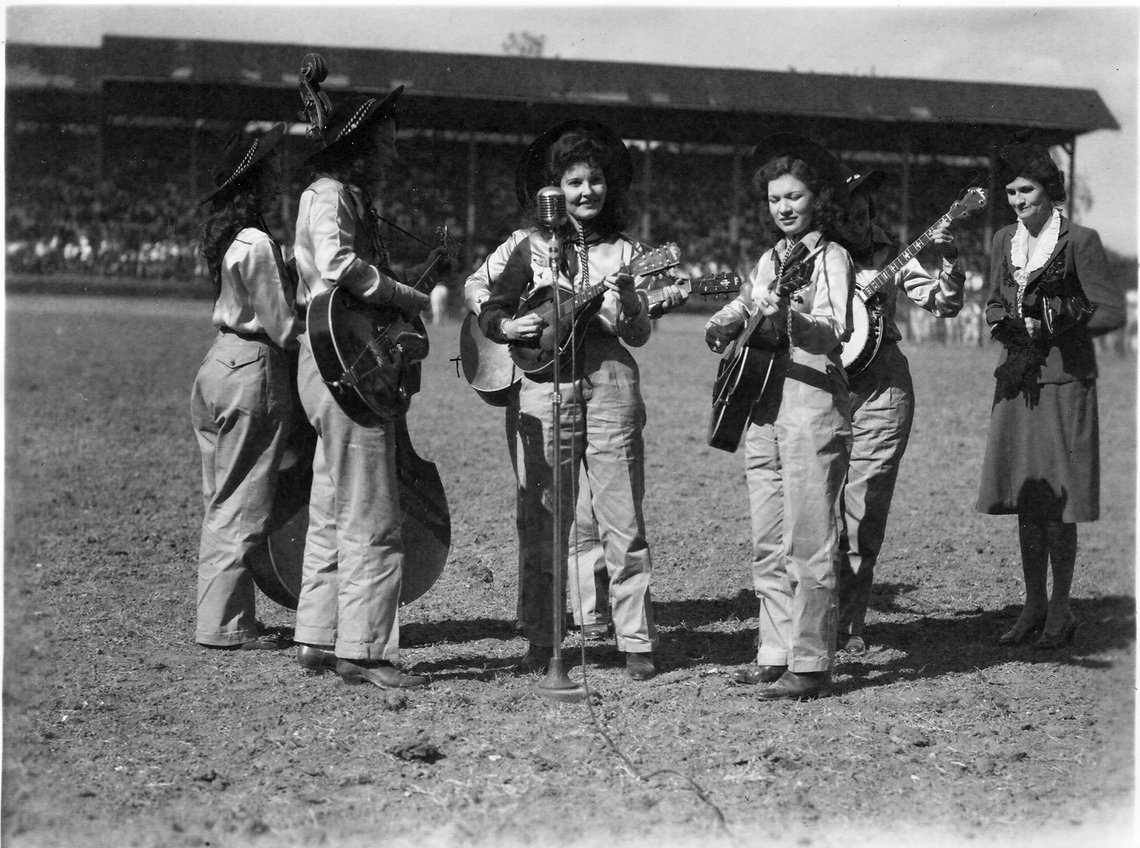 A late 1940s incarnation of the Goree Girls performs at the prison rodeo.

Governors and other state officials appeared on “Thirty Minutes Behind the Walls,” using it as a platform to explicitly promote prisoner rehabilitation. Inmates also gave interviews about life behind bars. “Before the advent of radio, prisoners were exiled; citizens outside paid little attention to them,” Gov. Wilbert Lee “Pappy” O’Daniel, himself a radio personality and bandleader, announced on the show in 1939. “But now you hear them talk; you hear them sing; you find out they are sons and daughters of good mothers. You find out they made mistakes, thus proving that they are human.” 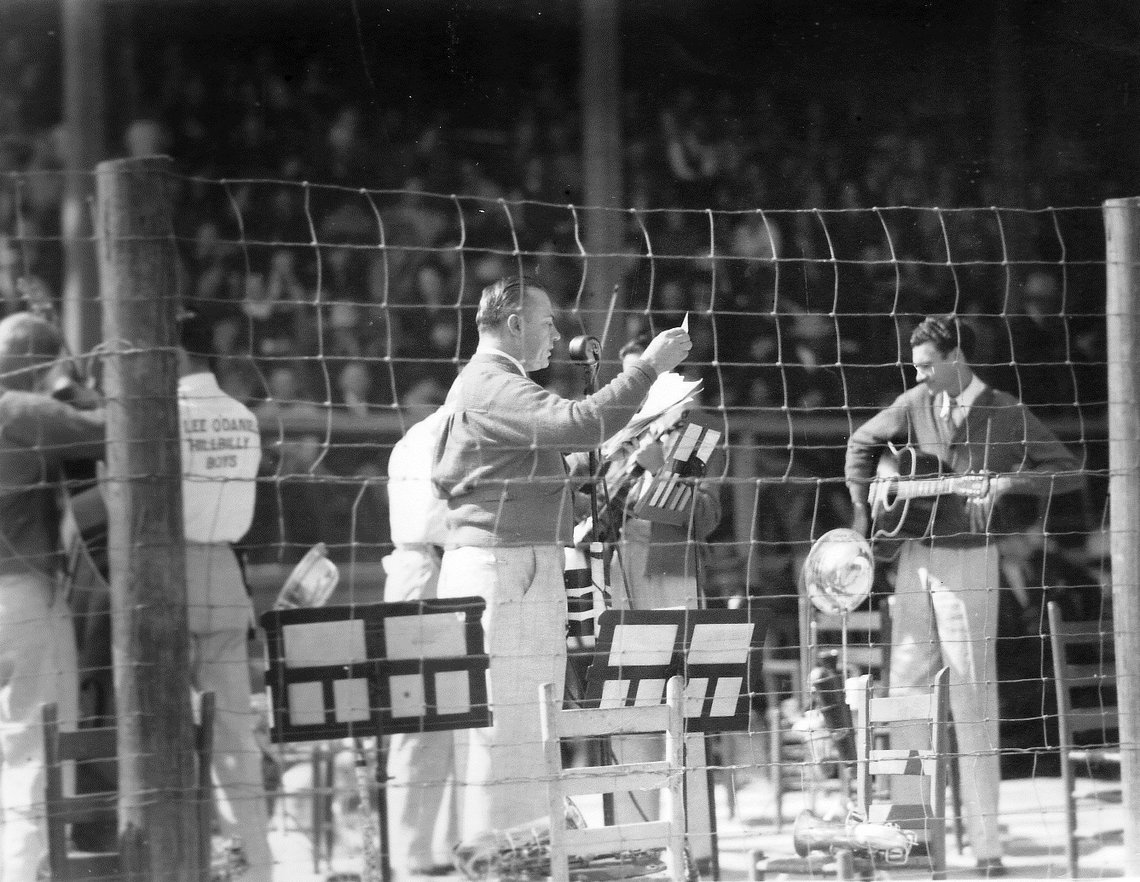 W. Lee Pappy O’Daniel with his band at the Texas Prison Rodeo. Date unknown. O’Daniel was at one time the governor of the state.

It was an era in which radio was exploding in popularity — President Franklin Roosevelt was delivering his “Fireside Chats” — but also an era in which southern prisons still had much in common with the slave plantations they replaced. “Announcers consistently represented black prisoners with a mix of opprobrium and condescension, while still emphasizing their musical skill to listeners,” historian Ethan Blue writes, and many were described as being “from Darkyland.” But “through humor and through music, black prisoners expressed their self-worth and dignity in a social formation that asserted they should have none.” The show included the minstrel duo of Charlie Jones and Louie Nettles, both black men who wore rodeo clown outfits and called themselves Fathead and Soupbone.

“They give me life fer just goin’ off an leavin’ my wife,” Fathead said in one exchange.

“Now wait a minute, Fathead...How did you leave your wife?” Soupbone responded.

A photograph from the 1942 audience for Thirty Minutes Behind the Walls' fourth anniversary performance.

Hundreds of fans were allowed into the prison to watch the broadcast, which featured prisoners, competitively selected, performing all the popular genres: country and western, patriotic songs, hymns, blues, jazz, and swing. Gnagy discovered that many of the performers had been professional musicians before their crimes. Some became famous through the show and were allowed to perform at state fairs, in fiddle contests, and at homecoming celebrations. Gnagy tells us they “fervently hoped that one more song on a guitar, one more yodel or one more interview about their lives would get them ever closer to freedom and back into the arms of those they loved.”

Some of the show’s performers appear on a series of Library of Congress recordings by the folklorist John Avery Lomax, who documented the music of prisoners in the late 1930s. Those recordings are the closest we can get; no recordings of “Thirty Minutes Behind the Walls” have ever been found. 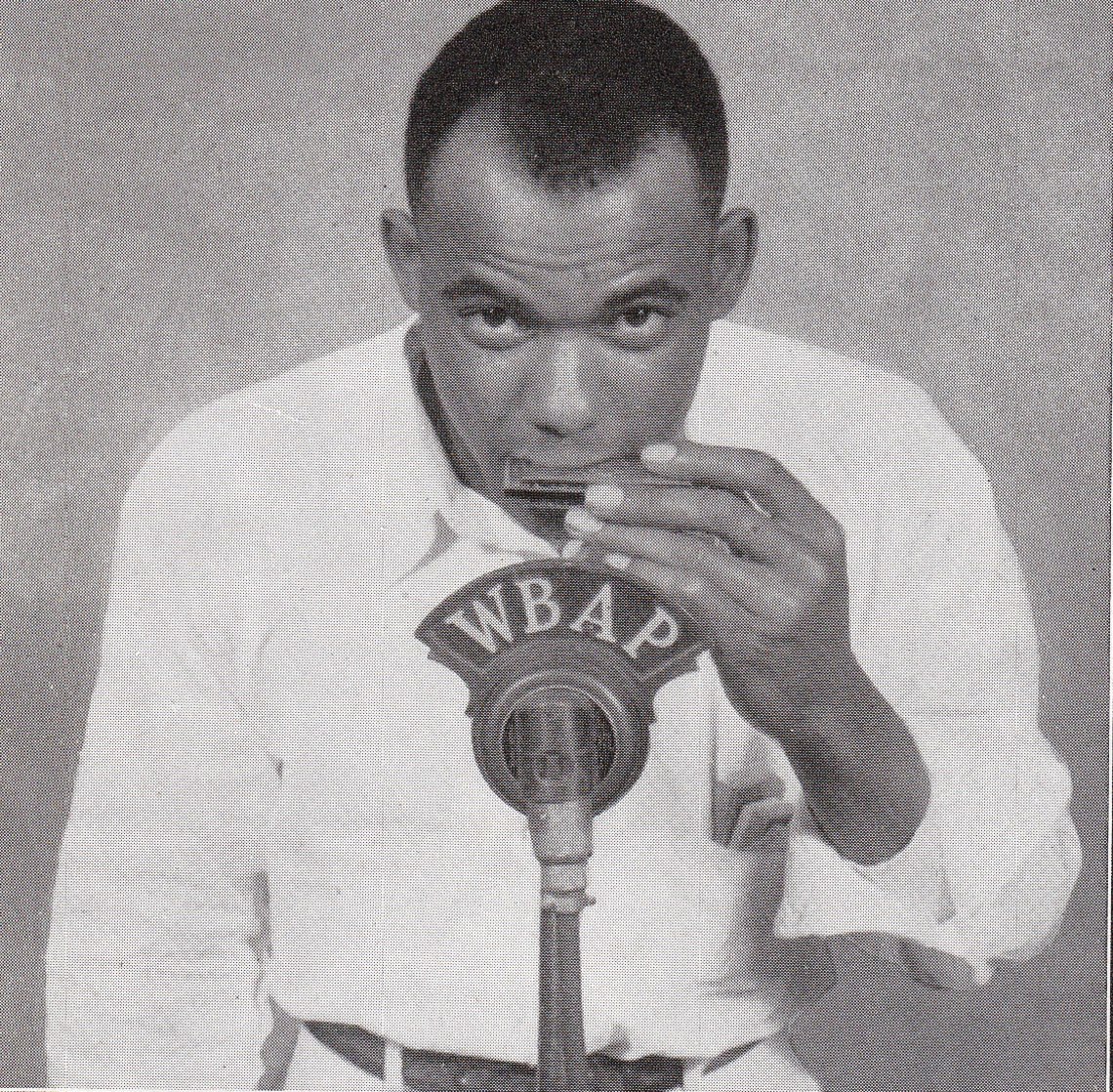 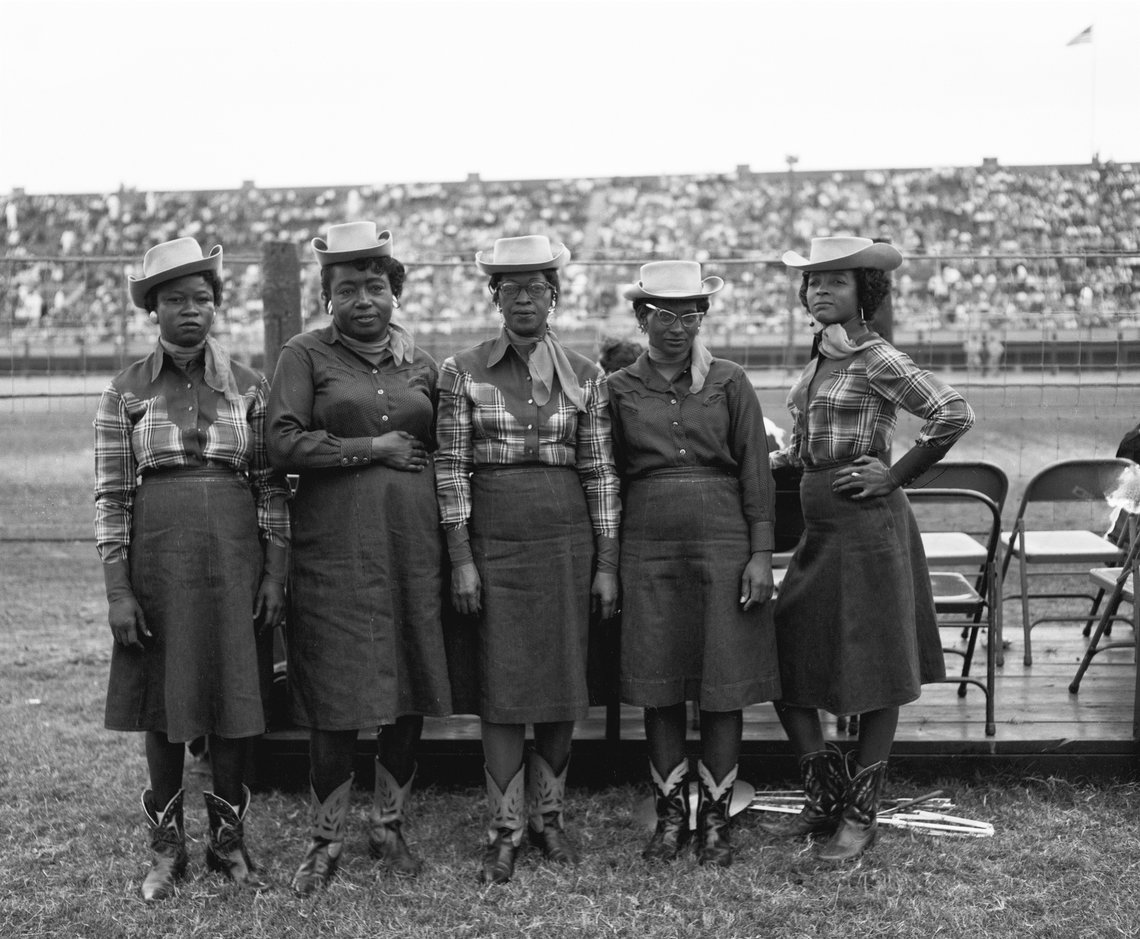 Members of an African American musical group from Goree strike poses in their full Western dress. 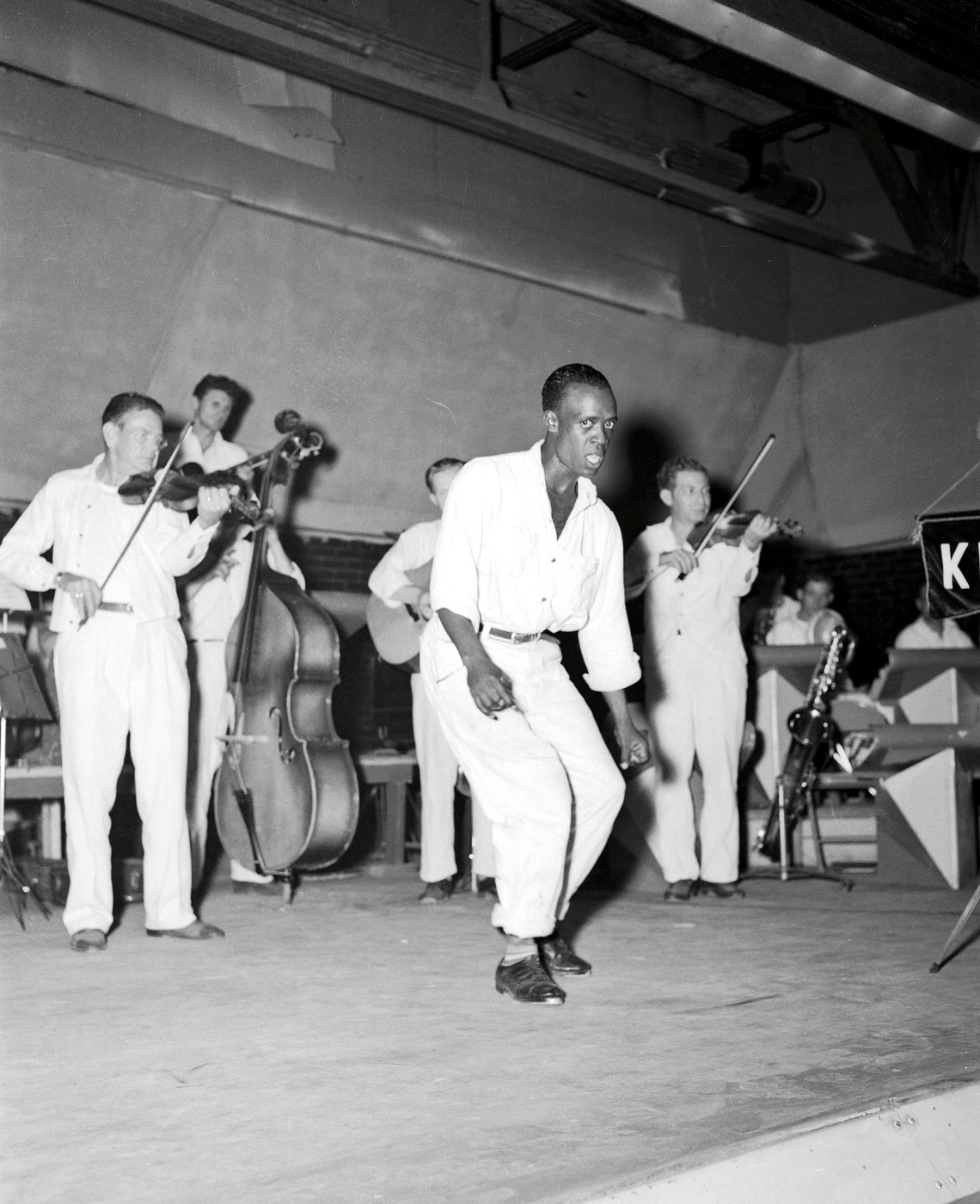 With the band urging him on, an inmate dances on KPRC's Thirty Minutes, circa 1950. 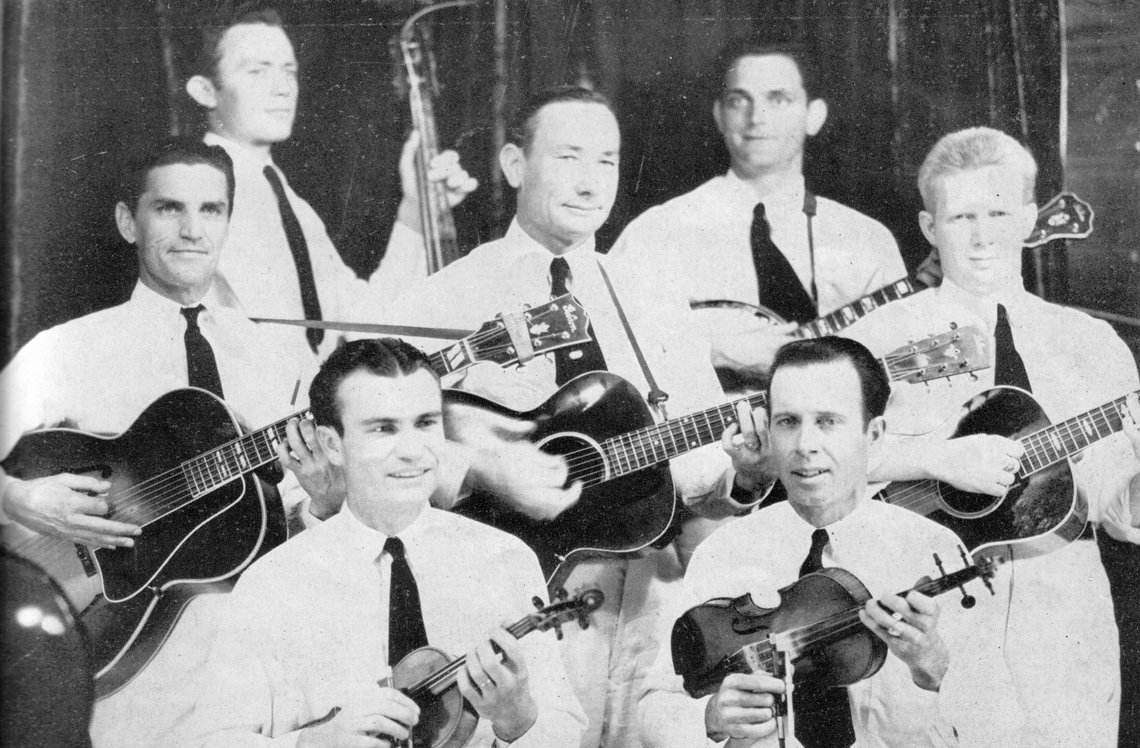 An early photograph of the Rhythmic Stringsters, around 1938 or 1939. 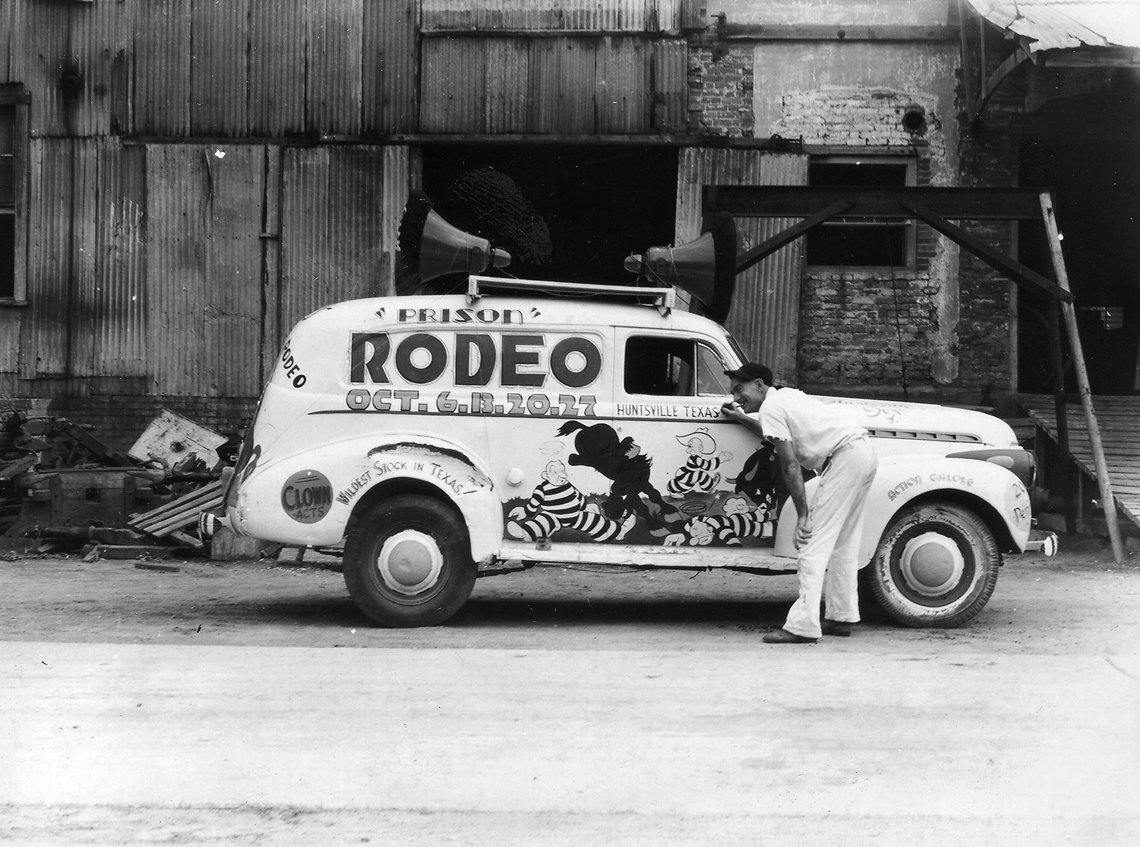 A wagon is prepped for a Texas Prison Rodeo parade.