When You’re Busted at the Music Festival, Who Ya Gonna Call?

Some defense lawyers have learned to specialize in the realm of excess.

The second weekend of June was a hectic one in Manchester, Tenn., as tens of thousands of people gathered on a parcel of farmland in this small city for the 15th annual Bonnaroo Music and Arts Festival.

It was also a hectic weekend for the police, who by the following Monday, had arrested or cited hundreds of concertgoers, mostly for public intoxication and illegal drugs.

And that’s where Rob McKinney, a criminal defense lawyer, comes in. “Police go where the cases are, and if you’ve got a music festival, people are going to be using recreational drugs,” said McKinney, author of a “Bonnaroo Arrest Prevention Guide,” which he features on his law firm’s website. He said he defends Bonnaroo attendees in court every year, and is one of about a half dozen lawyers who have published Bonnaroo guides alongside solicitations for their legal services, with advice that includes, “Have your party at the festival, not while you are en route,” and “do not ever purchase or hold drugs for or from someone you do not know.”

These Tennessee lawyers are hardly alone. Across the country, defense attorneys routinely advertise their services to festival-goers who end up in police custody. There’s the Johnson Law Group, for example, which claims on its website to be “recognized by many as the "Summer Camp Music Festival Law Firm,” referring to an event in Chillicothe, Ill. There’s Lawyers for Burners, a Nevada group that has been defending Burning Man participants for years. And in Connecticut, where Gathering of the Vibes is held, lawyer Jay Ruane attends the festival wearing a shirt that reads “Constitution Enforcement Agent” and hands out his business cards. 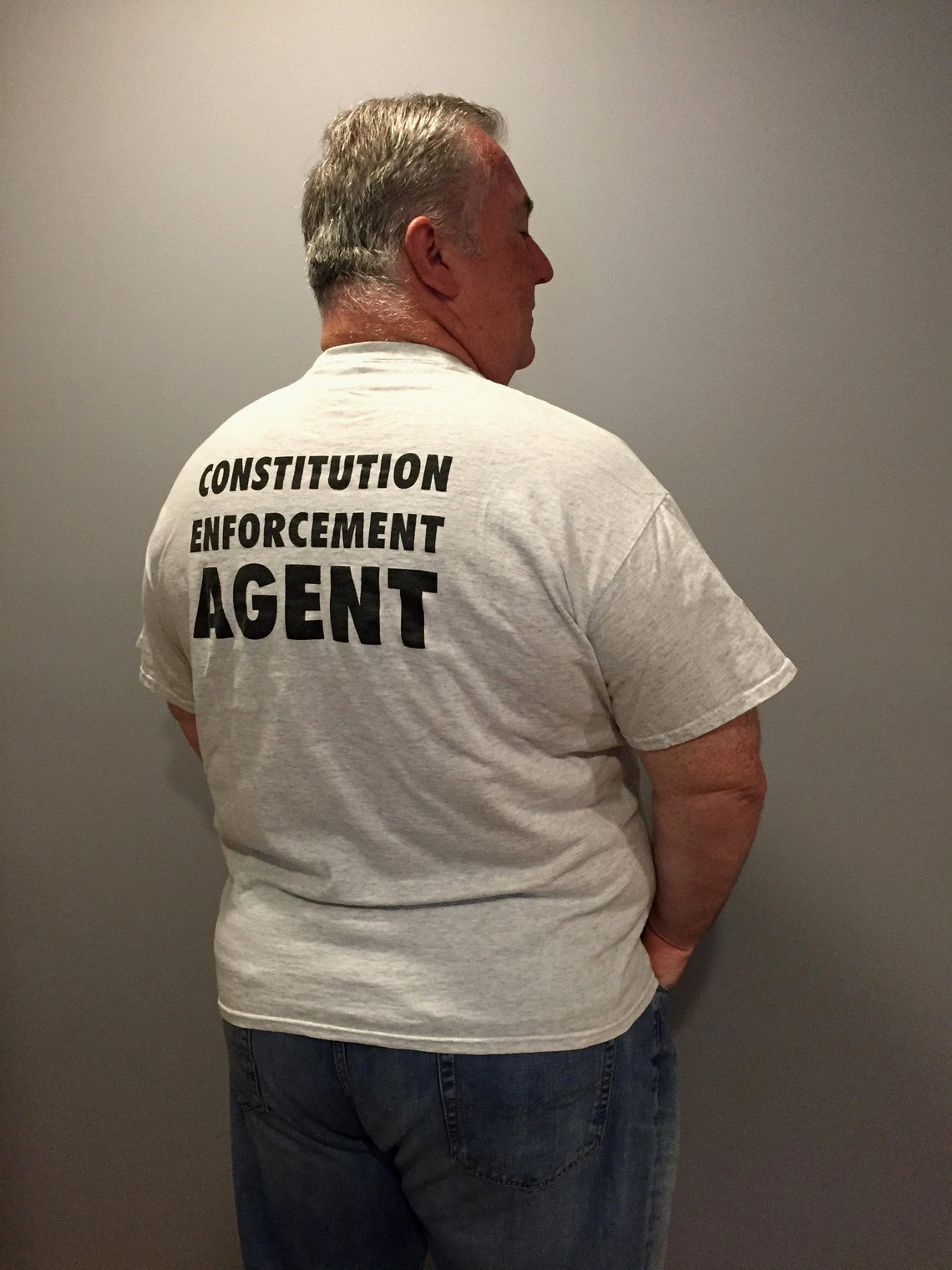 Lawyer Jay Ruane, above, wears this shirt to his local music festival, where he answers questions about the law and promotes his firm.

Sometimes, lawyers promoting their availability run afoul of festival promoters. That was the case with Stephanie Arrache, a criminal defense lawyer in Southern California, who practices just outside Indio, where the Coachella and StageCoach festivals are held. She estimates half of her clientele are people arrested at the local festivals, some of whom find her through her website, TheMusicFestivalLawyer.com. This year, Arrache bought Facebook ads using hashtags associated with Coachella and Stagecoach. Shortly afterward, she said, she received a cease-and-desist letter from the festival’s organizers, AEG Live, threatening to sue and claiming the event’s hashtags had been copyrighted.

One lawyer and festival enthusiast has taken a different approach. Cameron Bowman is a former prosecutor turned criminal defense attorney who has made it his mission to educate attendees about their rights. He doesn’t market himself to people arrested at these gatherings, but rather holds educational workshops where participants can test their knowledge of Constitutional Rights and festival law, including a segment entitled: "Do you even 4th Amendment, Bro?"

He advocates that festivals embrace a harm-reduction approach, such as drug education and testing kits, rather than ramping up security to deal with the dangers of illicit substances. “If you can’t keep drugs out of prisons, how are you going to keep them out of festivals?” Bowman asked. “Passing out arrests at a festival is like writing speeding tickets at the Indy 500. But it doesn’t make your festival any safer.”