When being innocent isn’t enough, you need Jon Eldan.

When Dean Gillispie walked free from prison in December 2011 — 20 years after his wrongful conviction for raping three women — he knew the emotional and mental scars of his incarceration might never go away. But he also bore a physical reminder of his time behind bars: over a decade earlier while on a ladder doing prison maintenance work, Gillispie fell and pinched a nerve in his back. By the time he was released three days before Christmas, he could barely walk.

Six months later, Gillispie got a call from the Ohio Innocence Project — which had helped establish his innocence — saying he would soon be contacted by a man named Jon Eldan.

Eldan, a corporate lawyer in San Francisco who was volunteering to work on behalf of exonerees, had one main question for Gillispie, versions of which he has now asked more than 300 exonerees nationwide: What is your biggest need?

Gillispie described his back injury, how he didn’t have any insurance, and how he didn’t know how to get coverage. Within two months, Gillispie said, Eldan had obtained an affordable insurance plan that eventually covered Gillispie’s back surgery last November. This spring, Eldan helped Gillispie complete his taxes and is helping him get a passport.

“I love the guy,” Gillispie said. “I would drive a truck with his name on the side of it if I could.”

Eldan, 45, has become a lifeline of one to the members of a unique club — exonerated Americans. After graduating from the University of California, Berkeley, School of Law in 2002, he moved to San Francisco to work in commercial litigation. His undergraduate years were followed by a five-year stint baking bread and writing travel guidebooks in Italy and across Europe until he enrolled in law school out of a curiosity to learn “how we determine what’s fair.” Now, Eldan has given up a salary, lives off savings, and has established a nonprofit organization to return some of that fairness to those who have lost so much of it.

“The law has something to say about what happens when we make mistakes, and in this particular area we fell so dramatically short,” he said. “There is some opportunity to make some progress.”

Since late 2014, he has worked with 303 exonerees in 33 states, often contacting them through regional innocence organizations or by referring to the National Registry of Exonerations, a project of the University of Michigan Law School which lists every known exoneration since 1989. Last July, Eldan founded After Innocence through which he helps exonerees get access to medical care, insurance coverage, or legal aid. After Innocence is a sponsored project of the Althea Foundation, nonprofit organization that supports social philanthropy.

Eldan’s work can be crucial to his constituents. Inmates paroled or released after completing their sentences may be connected with private or state services — from housing to education — specifically to ease re-entry. But for those exonerated of their crimes, being released often means trying to survive without a support system. This is especially true for the large majority of exonerees whose convictions were overturned without the assistance of an innocence organization and whose cases may not be tracked in any other way.

Randy Steidl, who served 17 years in prison for two murders he did not commit, said he had health insurance but could not afford $360 per month premiums. Eldan got Steidl on the Affordable Care Act, dropping his premiums to around $72 per month for three times the coverage.

Willie Earl Green, exonerated in California after nearly 25 years behind bars for murder and armed robbery, said Eldan is the only one who calls to say, “Hey, you O.K.?” Eldan will drive him to the hospital or pick him up at the train station offering food and bottled water. When he was recently in San Francisco, Green said Eldan took driving down the twists and bends of Lombard Street.

In 2005, Eldan said he “was a young lawyer working in a big law firm” when he went to see a documentary film, also called “After Innocence,” about wrongful convictions. One of the film’s profiles was of Vincent Moto, who had been exonerated after nine years in prison by the Innocence Project in New York City. Moto was released in 1996 but had yet to have his record expunged — an issue Eldan thought he could help resolve. 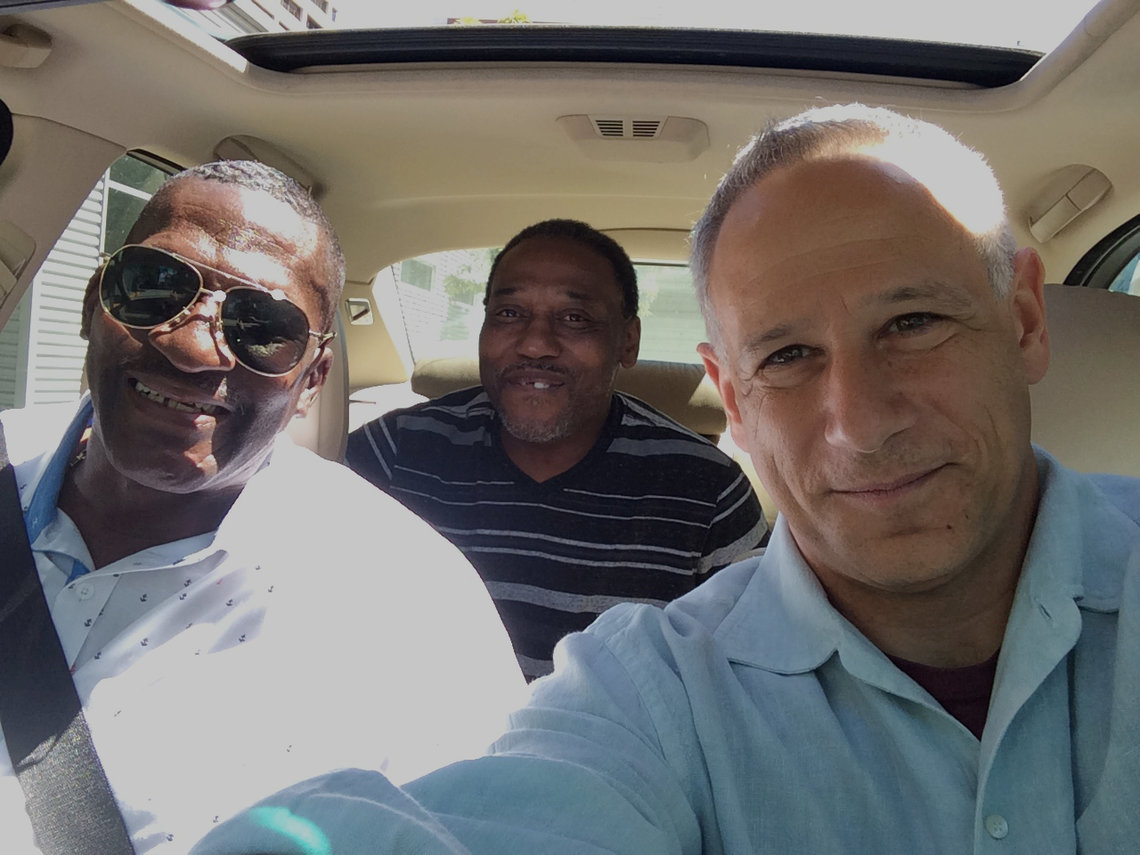 Cold-calling attorneys he’d found in Philadelphia, Eldan asked for 90 seconds to talk about Moto’s case, which needed to be taken on pro bono in Pennsylvania, where Moto lived. Then Eldan got to thinking about how many other exonerees were struggling with legal or bureaucratic problems, and how there were likely qualified lawyers in each exoneree’s community who could assume the cases free of charge.

“Rather than directly represent one exoneree at a time,” Eldan said, “I realized that I could do much more by recruiting and mobilizing attorneys across the country to help exonerees, and then doing the critical follow-up work to ensure the work actually gets done.”

But because the majority of exonerees in the national registry were released largely with the help of individual lawyers or criminal justice groups other than innocence organizations, contacting future exonerees poses a new challenge.

“This first 300 was largely through contacts from all of these innocence organizations across the country,” Eldan said. “The next 300 won’t be.”

The difficulty in targeting exonerees reflects the fact that there is little in the way of tracking and assisting exonerees post-release. And though 30 states maintain compensation statutes for exonerees, 20 states don’t offer compensation at all.

Even innocence organizations themselves focus on getting an innocent person out, and not always on what comes next. Sam Gross, co-founder of the National Registry of Exonerations and a member of After Innocence’s advisory board, said that given how innocence organizations are already overwhelmed, the issues of long-term care often becomes the lesser of two emergencies.

A handful of innocence organizations do employ social workers trained to work with exonerees. Among them, the New-York-based Innocence Project — which operates nationally and is the largest such organization in the country — is exceptional in that it not only employs a social worker, but also has a fund to cover necessary expenses during a client’s first year of freedom.

Since regional innocence organizations may not be as generously funded and work with fewer exonerees, many often refer their clients to Eldan, particularly for health care issues. Marjorie B. Moss, a social work supervisor and lawyer at the Bluhm Legal Clinic of the Pritzker School of Law at Northwestern University, said Eldan is one of the first people she turns to when she wants to find the right health benefits for her clients.

“It’s a lot of hand-holding, it’s accompaniment, it’s not just giving someone who is returning from prison the name and number for the doctor’s office but rather going with the individual to the doctors or assisting the individual in making the initial call,” Moss said. “He empathizes with our clients and is able to help make sense of a complicated system.”

As personal funds are drying up and Eldan hopes to eventually hire a small staff, donors and grants are needed to keep After Innocence going. Eldan said he quickly learned that there are limited funds to be raised for what comes after the “triumphant” story of an exoneree’s release. And the money that does get raised tends to be from donors looking to fund regional projects in their areas.

“Many of them struggle for years with the consequences of wrongful conviction,” Eldan said of exonerees. “What happens after is a far less joyful story, and one that I think people — including some funders — have a hard time focusing on.”

Laura Caldwell, director and founder of Life After Innocence at Loyola University Chicago School of Law, credited this lack of funding to the fact that “wrongful convictions used to be the legal system’s dirty little secret.” Although more is known and understood now about wrongful convictions, attention tends to linger on the joyous image of an exoneree, surrounded by family, friends, and cameras, walking out of the courtroom for the last time. Caring for exonerees only comes after the heavy lifting of getting them out in the first place, she said.

Eldan knows the stories don’t end there. The question he often asks himself, is the question he has learned how to answer: “What does a good society do when its own justice system recognizes that it has imprisoned someone for a crime he or she did not commit?”