New Strategy for Justice Reform: Vote Out the DA

A battle in Tampa reflects a shift across the country.

By Maurice Chammah
The ballot measures and races — beyond Washington — that could shape criminal justice.

Mark Ober, the state attorney in Tampa, Fla., since 2000, is not used to the campaign grind. But this year, for the first time since 2004, he’s having to fight for his job. His rival is a former federal prosecutor who says the real battle is over the future of the criminal justice system — a battle that has only recently found its way to the offices of prosecutors, who greatly influence who goes to prison and for how long.

In the last two years, from Chicago to St. Louis to Santa Fe, N.M., voters have unseated district attorneys, or beaten an incumbent’s chosen successor, in more than a dozen counties. Those are small numbers compared with the roughly 2,500 elected prosecutors in the U.S., but they still signal a shift. “It’d be hard to find a set of a dozen races like this in the early 2000s or 1990s,” says Stanford law professor David Sklansky.

These contests — which have centered around race, sentencing, the treatment of juveniles, and the death penalty — reflect a growing awareness among reformers that with bipartisan efforts to reduce prison populations stalled in Congress (and inconsistent in state legislatures), local elections are a place to push for change. “People are scrutinizing their local criminal justice systems, and people are realizing how much power state attorneys have, and they are seeing elections as a way to change those results,” says Deborrah Brodsky, director of the Project on Accountable Justice at Florida State University. In other words, criminal justice reform is targeting the system’s entry point.

Many of the upsets came in primaries, but a few counties are in the midst of general election battles. In Harris County, Texas, Republican incumbent Devon Anderson is sparring with Democratic challenger Kim Ogg, who has the backing of the Houston Chronicle and the local Black Lives Matter movement, over bail and the handling of marijuana cases. In the Denver suburbs, Republican incumbent Pete Weir is talking up his record of promoting mental health and veterans courts, while his Democratic challenger, Jake Lilly, tries to tag him as “old-fashioned.”

Ogg and Lilly's campaigns received support from political action committees linked to billionaire George Soros, who in the past two years has added to his broad support of justice reform by financing prosecutor candidates who promise treatment for drug offenders and the reduction of racial disparities in sentencing. (A Soros representative declined to comment; the donations were first reported by Politico.)

In Tampa, the county seat of Hillsborough County, Ober’s opponent is Andrew Warren, a Democrat who focused on white collar crimes at the Department of Justice and moved to the area several years ago. He says he decided to run against Ober, a Republican, after hearing about gang violence in the city. He argues that Ober’s aggressive prosecution of low-level drug crimes has taken resources away from attacking violent crime. “We have been so focused on the one goal, retribution and punishment,” he says, “that we have lost sight of the other goals: reducing recidivism, rehabilitation, and victims’ rights.” He wants to establish a unit to uncover wrongful convictions. 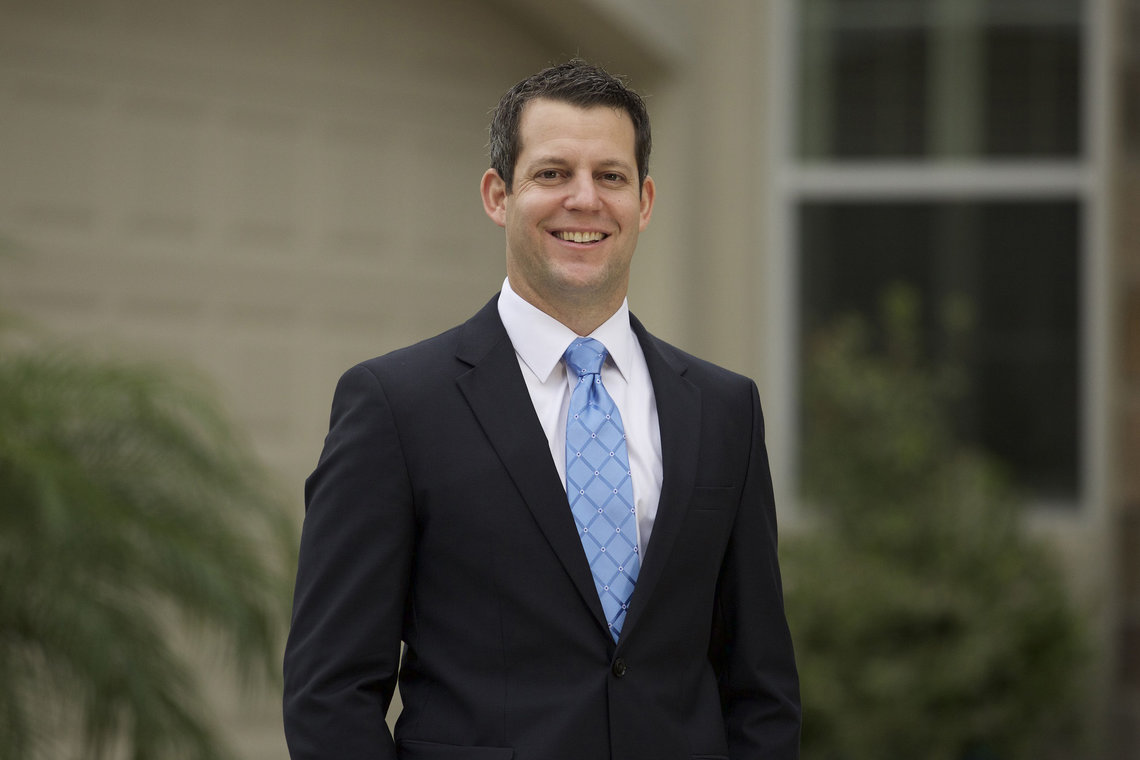 When they debated at a civic club luncheon last month, Warren spun Ober’s long tenure into a liability, calling his approach overly punitive and outdated — “the rotary phone of criminal justice.” He said Ober has sent too many youth — and too many African-Americans — to prison with long sentences, and utilizes the death penalty too often. Ober fired back that he makes appropriate decisions in individual cases, and that Warren, who has only lived in the area for several years, is an “outsider” without an understanding of what the community wants.

What the community actually wants remains an open question. There is no public polling on their contest, and like many down-ballot races, it could be subject to the winds of the presidential battle. Still, Warren has emboldened Ober’s critics, including prominent defense lawyers and local activists. “A lot of people in the community feel like finally we have someone challenging this giant,” says Yvette Lewis of Tampa’s NAACP chapter.

In a steady stream of interviews and news releases, Warren has cited research by Human Rights Watch documenting Hillsborough County’s tendency, from 2008 to 2013, to charge more black juveniles than white juveniles in adult courts for drug crimes. He also points to a report by the Fair Punishment Project at Harvard University, released last week, showing that under Ober the county obtained more death sentences last year than any other county in Florida. “We seek justice one case at a time,” Ober said in a response statement. “We do not make decisions based on arbitrary standards that a special interest group opposing the death penalty establishes."

Ober did not respond to requests for an interview, but other data appear to suggest that his prosecution record is not markedly outside of national norms. According to data from the Vera Institute of Justice, Hillsborough County’s jail-incarceration rate has actually been in decline and was below state and national averages in 2014. The county’s overall violent crime rate has declined during Ober’s tenure.

Statistics are not proving to be the race’s primary battleground, at least in local media. At the lunch debate, Warren brought up a case in which a 27-year-old man in Washington, D.C., had sexually assaulted a 15-year-old girl from the county after meeting her online. Ober had initially declined to charge the man, but then later did so after a Tampa news station aired a segment on the case. At the debate, Ober said the case was more complex than his challenger had made it out to be, and that the victim “was with [the defendant] voluntarily...She flew to see him.”

The comment went viral. The Huffington Post published a letter of outrage from the victim, recalling a similar letter from the victim of Stanford University student Brock Turner, whose six-month jail sentence turned his case into a national referendum on punishments for sexual assault.

Warren pounced. "It's a parent's worst nightmare," he said in a news release. “Their child is lured by an online predator, turned into a sex slave, and repeatedly raped, and not only did the state attorney mishandle the case, but then criticized the victim.” The treatment of rape victims has also become a campaign issue in Houston, where the district attorney, Devon Anderson, has been accused of jailing a victim to ensure she would be available to testify.

How much voters have been swayed by Ober’s comments on the rape victim will not be clear until Election Day, but it illustrates the tendency of individual, controversial cases to dominate such races. This can lead to accusations that prosecutors are putting political interests above the just result in a case. In Baltimore, after the death of Freddie Gray in the back of a police van led to street protests, the state’s attorney, Marilyn Mosby, was accused of obtaining indictments against the police officers involved only to assuage protesters. Months later, her office’s failure to convict those officers was described by the Baltimore Sun as a vulnerability should she run for reelection in 2018.

This tension is unique to the U.S., the only country in the world that elects prosecutors. At the lunch debate in Tampa, and in ensuing news coverage, both Ober and Warren promised to be apolitical in their decision-making, while at the same time defending against political attacks on how they had handled individual cases.

Sklansky, the Stanford professor, agrees that there is “something uncomfortable” about how individual cases can drive an election campaign, and that this underscores the need to find better ways to measure how prosecutors do their jobs, including more data on charging and convictions. But overall he sees the current competitiveness as a sign that people are paying attention to how the criminal justice system works. “There was a long period where it seemed like there was a rigid logic to the politics of criminal justice, which led to ever-harsher sentences,” he says. “That logic no longer holds.”