In-depth investigations, insightful features and one story to give us hope.

Like much of 2016, the year in justice was a tumultuous one. Federal sentencing reform faltered in Congress, while President Barack Obama commuted the sentences of more people than his modern predecessors did, combined. Some cities ushered tough-on-crime prosecutors out of office, while some states held onto the death penalty with a tight grip. And of course, the year brought a new White House whose plans remain very much in question.

Through it all, we at The Marshall Project have remained committed to doing in-depth, fair reporting on a justice system that touches millions of Americans. Here, we’ve gathered together some of our best work from 2016, and we hope you’ll continue watching us in 2017. Thanks for reading. 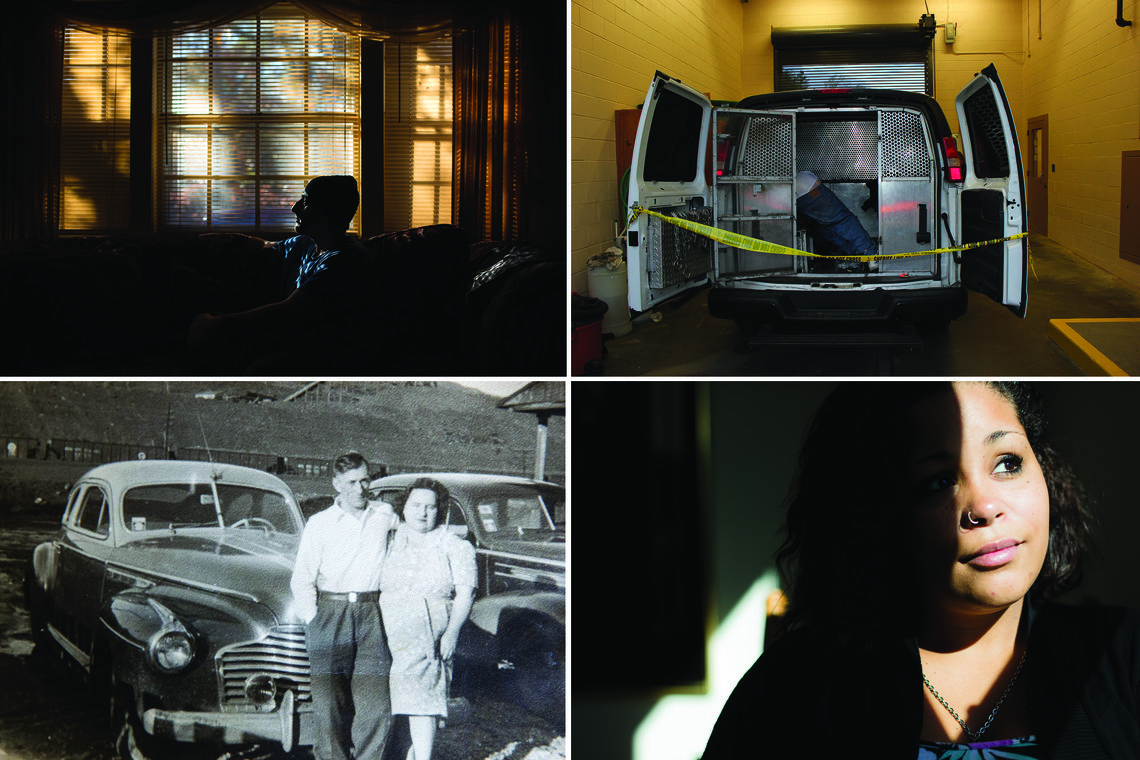 What’s worse than being in solitary confinement? Being in a solitary cell with another person for 23 hours a day — with often violent results. Reporter Christie Thompson teamed up with National Public Radio to expose the little-known practice and took us inside a federal prison where a rough punishment awaits inmates who refuse. The close quarters come to life in our 3D model of a cell. (partner: National Public Radio)

Every year, tens of thousands of Americans are packed into private vans and taken on circuitous, often harrowing, journeys to other states to face charges. Reporters Eli Hager and Alysia Santo spent seven months investigating the poorly regulated world of private extradition, riddled with deaths, injuries, accidents and escapes. After our story, Congress called for an investigation. (partner: The New York Times)

We spend a lot of time examining injustice at The Marshall Project, but this year, 2016 Pulitzer Prize-winning reporter Ken Armstrong brought us this uplifting story of justice, fairness — and an extraordinary, unlikely friendship. (partners: Smithsonian magazine and WBUR)

When he was 16, Taurus Buchanan killed another boy with one punch during a street fight. He was sentenced to life in prison without parole. Decades later, the prosecutor, jurors and even the mother of the boy who died think Buchanan has served enough time. The courts have not agreed, Armstrong and Corey Johnson write in this poignant piece that asks whether we should equate the actions of children with those of adults. (partner: Mother Jones)

Are we in the middle of an unprecedented time of safety — or in the throes of a new crime wave? Amid the rhetoric of the presidential election, we set out to answer that question by collecting and analyzing 40 years of FBI data on the most serious violent crimes in 68 police jurisdictions. The result: a crisp, clear interactive that shed new light on one of the most contentious debates of the year.

One of the bedrocks of our justice system is the idea of the impartial, fair-minded judge. But senior editor Andrew Cohen found that in many cases — even in death penalty reviews — judges simply adopt prosecutors’ arguments as their final rulings, sometimes without even seeming to read them. Cohen gets deep inside the system in his biweekly column, “Case in Point.” (partner: “The Takeaway,” National Public Radio)

Stories like this one are made possible by readers like you.
Support The Marshall Project
A solution that works

Giving people a path out of solitary confinement isn’t just more humane for prisoners — it’s better for corrections officers, too. Reporter Maurice Chammah dove into Michigan’s prison system and found that a “step-down” program not only kept the prison safe, it also led to more respectful relationships between guards and inmates. (partner: The Atlantic)

Voices from the inside

Our Life Inside series, published every Friday, features first-person accounts from all corners of the criminal justice system. Highlights from the past year include a heart-breaking description of going blind in prison; a bankruptcy judge who was dumbstruck by her visit to criminal court; and the profound regrets of a juror who sent a man to death row. (Partner: Vice)

A joint investigation by reporter Beth Schwartzapfel and Kaiser Health News found that 25 states missed an opportunity under the Affordable Care Act to secure health insurance for recently-released inmates — people who are among the sickest in the nation. (Partners: Kaiser Health News, “Morning Edition,” National Public Radio)

What happened to Chicago?

For years, Chicago attracted a host of reform-minded academics, government officials and police leaders who used the city as a lab. Other cities were encouraged to follow Chicago’s path. But as the murders have piled up in the most violent big city in America, reporter Simone Weichselbaum saw a question emerge: Does the fault lie with the Chicago model, or with the city itself? (partner: Time)

Veteran investigative reporter Tom Robbins was a 2016 Pulitzer finalist for his work with The Marshall Project and the New York Times about abuse in New York state prisons, including at the infamous Attica penitentiary. He kept at it this year, exposing what appeared to be another violent retaliatory crackdown by guards on inmates. The state suspended the prison’s two top officials and launched an investigation. (partner: The New York Times)

My brother took a life

Isaac Bailey was just 9 years old when his beloved older brother, Moochie, was charged with murder. In this first-person narrative, Bailey elegantly lays out the complicated trajectory of both their lives and how, after years of being ashamed of his brother, he slowly began to see their relationship in a new, mature light. (partner: Longreads)