Is It Murder if There’s No Homicide?

The strange case of a convicted killer whose “victim” probably died of her own drug overdose.

Last week in Florida a man named Randal Wagoner was released from jail after spending 1,140 days in confinement for murder. He was about to go to trial when prosecutors admitted their case against him was “weak.” Why? Because a medical examiner concluded after some deliberation (and the hiring of defense experts) that the victim’s death may not have been a homicide after all. And if there is no homicide there cannot, by law and logic, be a murder case or a resulting conviction.

Now consider the case of Jessie McKim, a man who is serving a life sentence without parole in Missouri after he was convicted in 1999 of strangling a woman named Wendy Wagnon. There are a handful of legal reasons to doubt the justice of the verdict against him — allegations of prosecutorial misconduct, disreputable witnesses and ineffective assistance of counsel, for example — but what distinguishes his story is the fact that there now is little reason to believe that Wagnon was murdered at all.

There is, instead, a consensus from several veteran forensic pathologists, doctors with thousands of cases as expert witnesses behind them, that Wagnon died from a self-administered overdose of methamphetamine after a weekend binge of drug use. If this is true, the prosecution’s original trial theory cannot be true. And that theory, as prosecutors and their medical examiner had told jurors in 1999, is that Wagnon died after being suffocated by McKim or his co-defendant, his uncle, a man named James Peavler.

No homicide, no murder case, no possible conviction, right? Wrong. No state or federal court has been willing to grant McKim relief despite what the doctors now say. In 2013, a local judge conducted a three-day hearing on the issue and concluded that Wagnon did, indeed, die of a meth overdose; that the medical examiner had gotten his cause-of-death wrong. But that judge denied McKim’s request for relief anyway, concluding that there were procedural reasons for barring his claims and, alternatively, that McKim had not conclusively proven his innocence because of a new theory state attorneys offered to explain the crime. 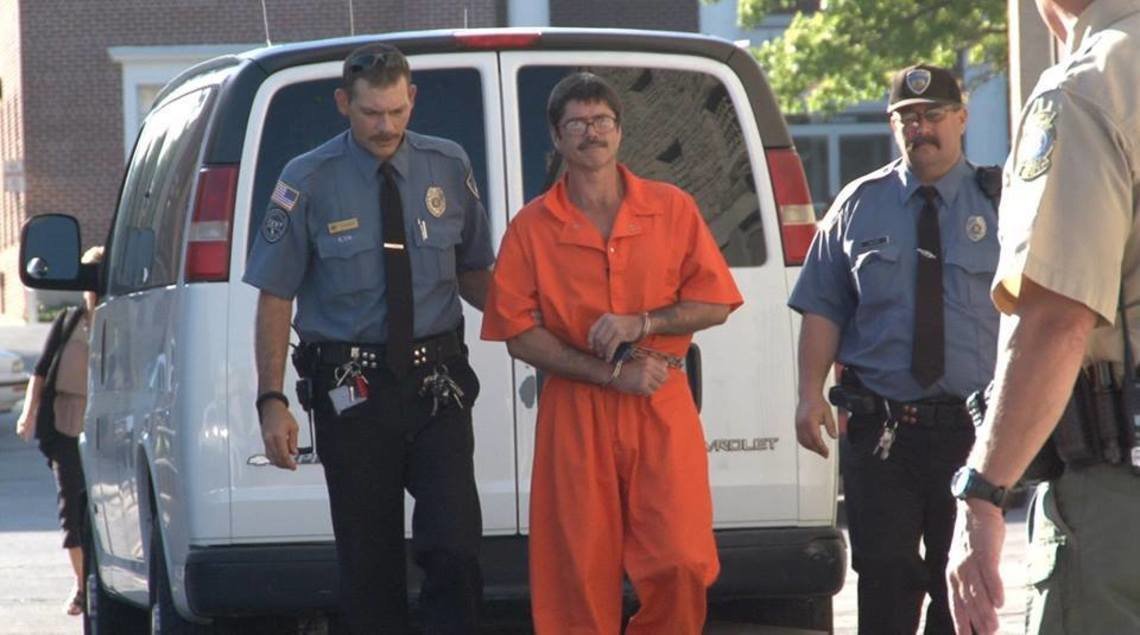 Jessie McKim steps off a transport vehicle for day two of his evidentiary hearing in 2013.

Having been foiled in court, McKim and the advocates on his behalf have asked Missouri Governor Eric Greitens for mercy. There is a new clemency request, an update on an older effort, from a Missouri attorney who says the facts of McKim’s case “stopped me dead in my tracks” when she first heard about them.

The story starts on April 13, 1997, when Wagnon was found dead on the side of the road in Kirksville, Missouri. There was no obvious explanation for her death. Two days later, Boone County Medical Examiner Jay Dix conducted an autopsy during which he did not find any physical injuries that would have caused Wagnon’s death. He said the victim might have been strangled, smothered, or had an overdose of drugs, for which the authorities were testing. By May 7, 1997, Dix had signed an autopsy report that said Wagnon’s cause of death was “asphyxiation by an undetermined method.”

Two weeks later, the toxicology results came back. They showed significant amounts of methamphetamine and amphetamine in Wagnon’s blood. At McKim’s trial, Dix would testify that he had considered these results before reaching his conclusion about Wagnon’s death, but his autopsy report blaming the death on asphyxiation was dated May 7, 1997, 13 days before he had known the results of the blood testing. Dix also discounted as a possible cause of death the presence of the drugs in Wagnon’s blood and her history of drug use — a conclusion that every doctor who has reviewed the file since has concluded was fundamentally flawed.

The police quickly turned their attention to two men, McKim and his uncle, James Peavler, and to a woman, Melissa McFarland. All four reportedly had been together in the days and hours before Wagnon’s death. McFarland became a “cooperating witness” and provided the narrative that shaped the rest of the case. Wagnon and Peavler had been arguing about drugs, McFarland told the police, and McKim and Peavler had dragged Wagnon out of their house in a headlock and forced her into the cab of a pickup truck. 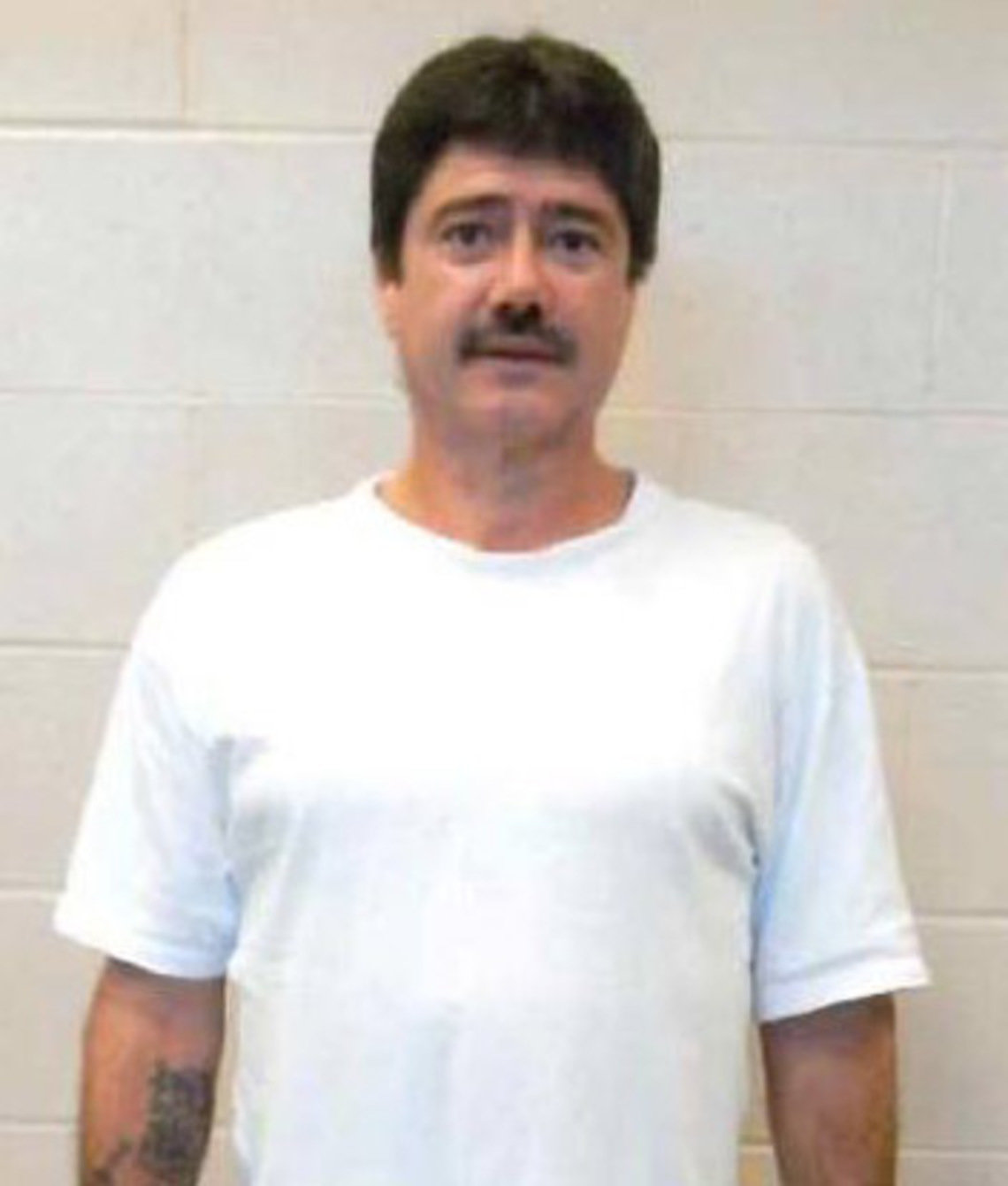 Jessie McKim in the Jefferson City Correctional Center in 2016. He was convicted in 1999 of strangling a woman named Wendy Wagnon.

The prosecution’s strangulation theory, at this point, was aided by the testimony of two other witnesses, both of whose stories seemed dubious. The first, McKim’s ex-girlfriend Linda Yearns, told the police that McKim had told her, as they watched initial television coverage of the discovery of Wagnon’s body, that “she was strangled,” a “fact” that had not yet been made public. Then there was the informant testimony of a man named Dana Cooper, who repeatedly begged prosecutors for leniency for his own crimes in exchange for testimony against McKim. Cooper’s story, endorsed by prosecutors, was that while the two men were in jail McKim had confessed to killing Wagnon by putting her into a headlock.

That testimony, at McKim’s trial, was devastating to the defense. McKim was quickly convicted and just as quickly sentenced to life without parole. So was Peavler, who died in prison in 2010 maintaining his innocence. To the police and prosecutors and jurors, Wagnon’s death was the result of a fight between drug users. There was little mention at trial of Wagnon’s own drug use — even by McKim’s lawyer, an omission that gave rise to allegations of ineffective assistance of counsel. The courts of Missouri have rejected that argument over and over again through the years.

The convictions went up on appeal and were perfunctorily affirmed. Then, in 2006, Dr. John Adams, a board-certified forensic pathologist and a four-decade veteran of University of Maryland Medical School, an expert who had testified hundreds of times in criminal cases, reviewed Dix’s forensic conclusions at Peavler’s request. What Adams found shocked him. Dix had gotten it all wrong. His theory — “asphyxiation by undetermined method” — was not even a term of art in forensic science and there were “major problems” with his conclusions.

For example, Adams told Peavler, Dix had focused on the presence of what are called “petechiae” on Wagnon’s body. They are small spots on the skin caused by broken blood vessels and to Dix they were clear evidence of Wagnon’s strangulation. But those spots didn’t require the conclusion Dix reached. Petechiae are common and can result from many other medical conditions including sustained drug use or even natural death, Adams wrote. Should Dix have known this? Yes. Why? Because Dix had written a book in which he asserted that very point.

Peavler then sent Adams’ letter to Dr. Edward Adelstein, a renowned forensic pathologist who had succeeded Dix as the Boone County Medical Examiner. The two were colleagues and both well-respected local officials. Adelstein had testified as an expert witness on countless occasions for local prosecutors, almost always ratifying their incriminating theories with medical precision. But he, too, was shocked at Dix’s conclusions, calling them “inconsistent with the practice of forensic pathology.” Wagnon’s drug use, and the presence of drugs in her blood, should have precluded any reliance on Dix’s strangulation theory, Adelstein later would testify.

One by one other doctors then stepped forward to criticize and undermine Dix’s strangulation theory in the case. Six different pathologists, including one hired by Missouri’s attorney general, all have testified in one way or another that Dix was wrong. Adelstein, as rock-ribbed a prosecution “expert” as one can imagine, wrote that it was “beyond reasonable doubt” that Wagnon’s cause of death was “methamphetamine toxicity.” And yet even that has not been enough to prompt the state’s courts to unwind McKim’s conviction or sentence.

Which brings us to the state’s attorneys. At trial they relied on the testimony of the informant, Dana Cooper, who told judge and jury under oath that he had received nothing in exchange for his testimony and that it was merely a coincidence that he had been released from a four-month jail stay one day before testifying at a McKim’s preliminary hearing. Cooper’s credibility was such that one prosecutor, about a year before McKim’s trial, said he was “hallucinating, lying, or at least seriously screwed up.”

Prosecutors also relied on the testimony of McFarland, Wagnon’s friend, the woman among the last to see the victim alive. At and before McKim’s trial, McFarland was the star witness whose testimony about McKim’s “headlock” of the victim had been crucial. But nearly 15 years later, after all those doctors had undermined that theory of the case, prosecutors turned around and declared that McFarland had disagreed all along with Dr. Dix’s strangulation theory. She always had believed that Wagnon died of a drug overdose, Missouri now says.

Why the turnaround? Because state attorneys now have changed their theory of the case to fit the new evidence: Wagnon died because McKim and Peavler injected her, involuntarily, with enough drugs to kill her. There is not a shred of evidence for this theory. Neither Dix nor any of the doctors who subsequently reviewed his files found any proof of involuntary injections (no marks on her skin, for example). Nor did any trial witnesses testify to that effect. Even McFarland, whichever story of hers you care to believe, never told anyone that she saw Wagnon forcibly injected with drugs by McKim or Peavler or anyone else.

Yet this new theory was what the state judge relied on to deny McKim relief following that 2013 hearing. Because none of those doctors had explicitly ruled out the possibility of involuntary injection, or strangulation for that matter, McKim did not merit a new trial. Dix has been dead for 15 years now He died without knowing what his peers thought of his work in this case. As far as anyone knows no witnesses or prosecutors ever were reprimanded for their work in the case.

Jennifer Bukowsky, the Missouri attorney now helping McKim, came to this story in the middle of it all. In 2012, two years after Peavler died and 13 years after McKim was convicted, she received a copy of Dr. Adelstein’s 2007 letter to Peavler, the letter that had explained why Dr. Dix’s autopsy report was so wrong. Bukowsky had cross-examined Adelstein before and knew him to be a staunch prosecution expert. If he was throwing his old friend Dix under the bus like that there was something to the story. And for five years now Bukowsky has tried to get McKim released from prison or at least a new trial. You can’t have a murder conviction without a homicide, the law teaches us. And right now the homicide in this case rests solely on a government theory ginned up nearly 15 years after the jury’s verdict.