John Jackson did not commit misconduct in 1992 case, a jury finds.

After a trial of more than two weeks, a Texas jury on Wednesday found that former state prosecutor John Jackson had not committed misconduct in the 1992 death penalty trial of Cameron Todd Willingham.

By an 11-to-1 vote, a Navarro County jury rejected claims by the State Bar of Texas that Jackson made false statements, concealed evidence favorable to Willingham’s defense and obstructed justice.

The state bar had accused Jackson of failing to disclose to Willingham’s defense lawyers that jailhouse snitch Johnny Webb had been promised favorable treatment on an aggravated robbery conviction in return for testimony at Willingham’s trial.

Webb testified at Willingham’s trial that while he and Willingham were in the Navarro County Jail Willingham confessed to setting a fire that killed his three daughters. In 2014, Webb recanted that testimony, saying Willingham never confessed and that he had testified after Jackson promised him leniency on his own criminal charge.

Jackson testified during his trial that he had made no deal with Webb. He said he only made efforts to obtain a reduction of Webb’s conviction from aggravated robbery to simple robbery and an early release from prison because Webb was being threatened in prison.

Willingham was executed on Feb. 17, 2004 for setting the fire that killed his daughters on Dec. 23, 1991 in their Corsicana, Texas home. The prosecution’s case against him was two-pronged—testimony by fire investigators that their analysis of the fire debris showed the blaze was deliberately set and Webb’s assertion that Willingham had confessed. 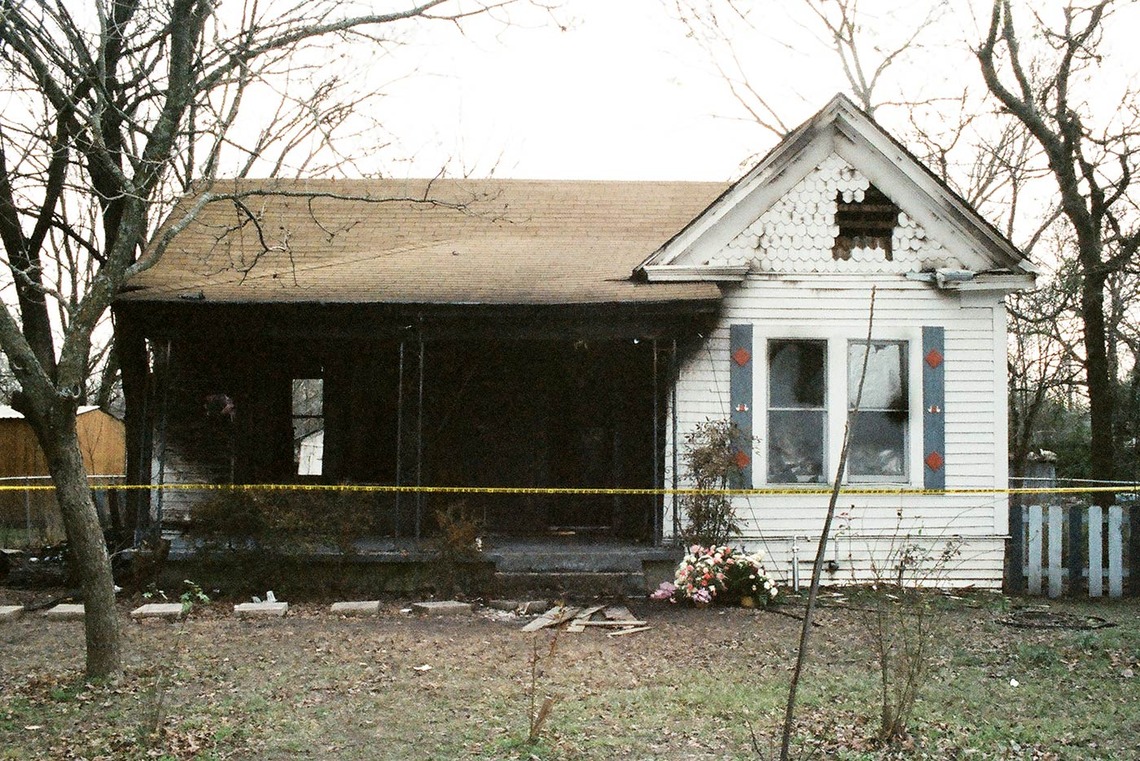 The exterior of the Willingham home after the fire.

Weeks before the execution, an independent fire expert concluded there was no evidence the fire was deliberately set. Over the next decade numerous experts also reached the same conclusion.

The verdict was a defeat for the state bar, which filed a complaint in 2015 seeking to disbar Jackson. The complaint was the culmination of more than a decade of investigation by the Innocence Project, which unsuccessfully sought a posthumous pardon for Willingham.

During the trial of the bar complaint against Jackson, state bar lawyers showed jurors excerpts of a pre-trial video deposition of Webb during which he said that he had lied at Willingham’s trial after Jackson promised him favorable treatment on his own case.

However, when Webb took the witness stand in person, he refused to answer questions about whether he had lied at Willingham’s trial and invoked his Fifth Amendment protection against self-incrimination more than 50 times. He also said he couldn’t recall or did not remember nearly 100 times.

The trial was attended by a group of supporters of Jackson, who was elected a Navarro County District judge after Willingham’s trial. Judge David Farr, who presided over Jackson’s trial, admonished the Jackson supporters for repeatedly expressing audible sounds of disgust and disbelief during Webb’s testimony. 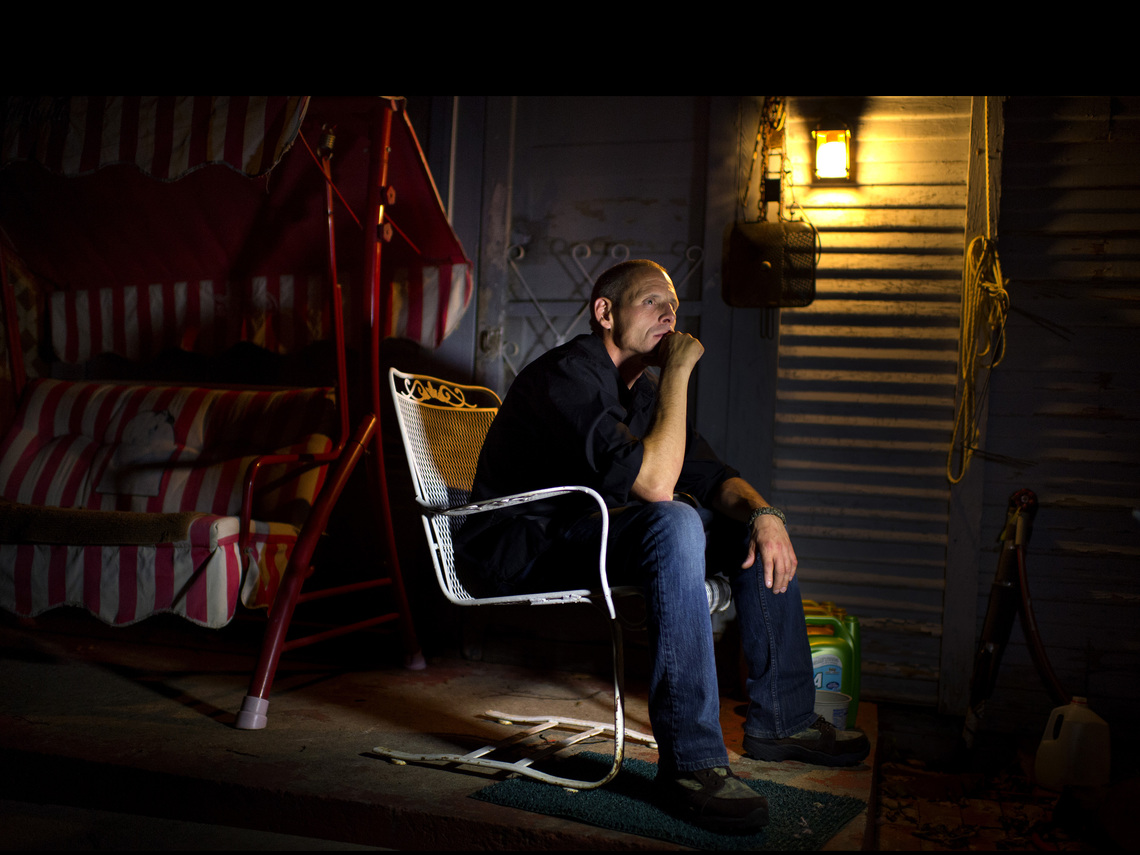 Johnny Webb in Corsicana, Texas. Webb, who testified that Cameron Todd Willingham made a jailhouse confession to him that he murdered his three children, has come forward to say he gave false testimony.

The complaint against Jackson was filed by the state bar after the Innocence Project uncovered documents, including letters from Webb to Jackson and letters from Jackson seeking an early release from prison for Webb. The bar had accused Jackson of violating several sections of the Texas Disciplinary Rules of Professional Conduct that prohibit making false statements to a judge as well as obstructing justice.

The state bar previously was successful in obtaining the disbarment of two other former prosecutors for making false statements and obstructing justice. In 2013, Williamson County District Judge Ken Anderson resigned as a judge and a lawyer and pled no contest to a contempt of court charge for failing to reveal evidence of innocence in the case of Michael Morton, who was exonerated after being wrongly convicted and serving 25 years in prison for the murder of his wife.

In June 2015, former prosecutor Charles Sebesta was disbarred for concealing evidence of innocence while prosecuting Anthony Graves, who was convicted and sent to Texas death row for the 1992 murders of six people. A federal appeals court reversed Graves’ conviction in 2006 and he was released in 2010 after a special prosecutor conducted a re-investigation of the case and concluded that Graves was innocent.

Withholding evidence that is favorable to a defendant, whether it is evidence of innocence or evidence that undercuts a prosecution witness such as Webb, is one of the most egregious acts of misconduct a prosecutor can commit. The National Registry of Exonerations, a national database of 2,024 wrongful convictions in the U.S. since 1989, reports that official misconduct, which includes misconduct by prosecutors, police and other government officials, has been a contributing factor in about half of the wrongful convictions in the Registry.

Maurice Possley is a journalist who investigated the Willingham case for The Marshall Project in 2014 in a collaboration with The Washington Post. He is also a senior researcher for the National Registry of Exonerations.