The reach of #fakenews is long. It’s the word of the year in Norway. Strongmen all over the globe now use it to wave away criticism. Here at home, it’s the 6 a.m. rallying cry of a president. At The Marshall Project, we believe in the power of journalism, now more than ever. We spent 2017 on ambitious video, deep investigations and powerful narratives. Rigorous. Based in fact. Nothing fake.

We’ve gathered some of our best work from 2017 below, and we hope you’ll continue watching us in 2018. Thanks from all of us. 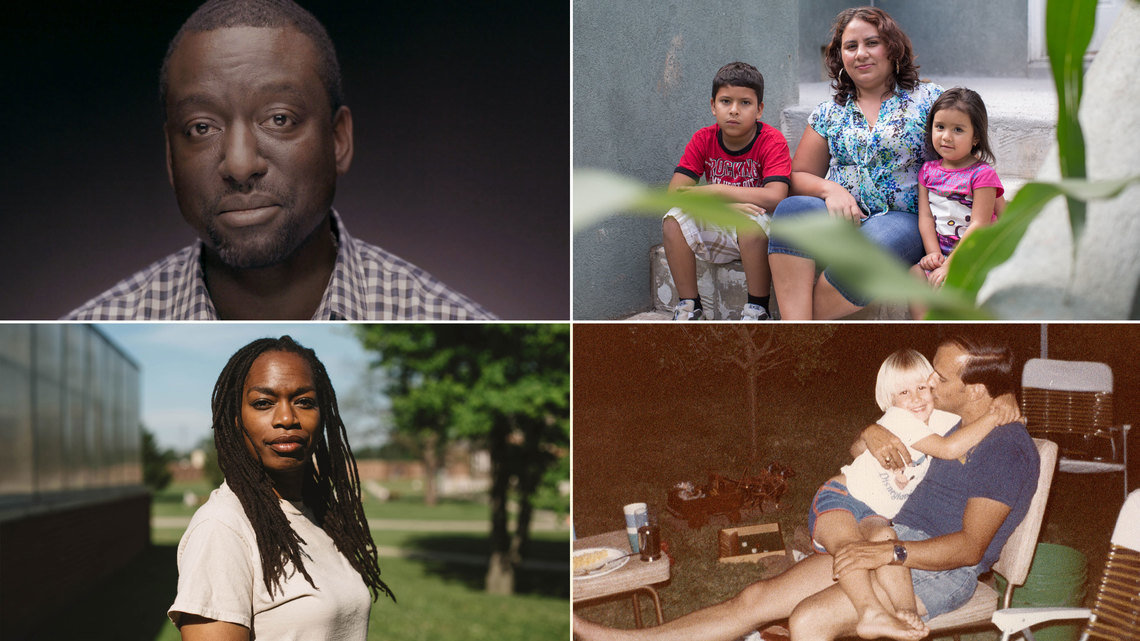 Photos from some of The Marshall Project's best stories of the year.

The impact of America’s punishment policies is often measured in numbers: There are now 2.2 million people in our jails and prisons; our inmate population is four times larger than it was in 1980. The far-reaching video series We Are Witnesses offers a different calculation, the human cost of locking up so many of our citizens — from the perspective of the people ensnared. Partner: The New Yorker

The redemption and rejection of Michelle Jones

In an Indiana prison for more than 20 years for the murder of her son, Michelle Jones became such an accomplished student of history, she was accepted at top graduate schools upon her release. But her admission to Harvard was overturned by college administrators, who feared her past would haunt them. Reporter Eli Hager’s story lays bare the long road to reentry for prisoners and our own limits of forgiveness. Partner: The New York Times

The man who spent 35 years in prison without a trial

The criminal justice system can be so Kafkaesque that it’s a cliche to call it Kafkaesque. But it’s hard to find another word to describe the ordeal of Jerry Hartfield, who was held in a Texas prison for decades without a trial. Senior Editor Andrew Cohen’s regular “Case in Point” column detailed the series of misunderstandings, miscommunications and procedural squabbles by lawyers, judges and jailers who all thought Hartfield was someone else’s problem. Partner: The Takeaway, NPR

Join the community that keeps criminal justice on the front page.
Race and self-defense

After every homicide, police and prosecutors have to determine whether to file murder charges. If the killing was found to be in self-defense, it is called “justifiable.” Anna Flagg and Daniel Lathrop’s unprecedented analysis of more than 400,000 homicides between 1980 and 2014 showed significant racial disparity in those decisions: killings of black men by white people are labeled justifiable more than eight times as often as others. Partner: The Upshot, The New York Times

A trick of the mind

Since 1989, more than 200 people have been freed from prison after being cleared of a sex crime against a child, often because the children recanted their testimony. In The Accusation, Maurice Chammah takes us inside the lives of two children whose father went to prison for 19 years on their word, exploring what it’s like to grow up in the shadow of a false conviction and what it’s like to try to rebuild. Partner: Esquire

Money can buy a lot in the criminal justice system: release on bail, a rigorous defense, an easier outcome. In California, it can buy a better jail experience. Reporters Alysia Santo and Anna Flagg teamed up with with Los Angeles Times reporter Victoria Kim to analyze thousands of records in a first-ever examination of people who have been able to upgrade their jail experience — for a price — in the state’s two-tiered justice system. Partner: The Los Angeles Times

In addition to our reported work, The Marshall Project runs commentary from all perspectives on the criminal justice system. In his piece, Paul Butler, a Georgetown University law professor, argues that the Fraternal Order of Police, the nation’s largest police association, has become “regressive and anti-accountabilty with deadly consequences for communities of color” and should be disbanded. Partner: The Nation

The price of a troubled child

Seeing your child jailed is bad enough, but in dozens of states and countless localities, parents are also handed a bill for the cost of incarceration, even if the child is eventually found innocent, Eli Hager found in his report. The practice, a legacy of get-tough-on-crime policies and shrinking budgets, is slowly starting to change. Partner: The Washington Post

Intimate portraits of people who have been touched by the criminal justice system
Whodunnit? Who knows?

A gun goes off. Someone dies. But who should get the blame? In cases where multiple people are charged, prosecutors are allowed to argue conflicting theories of a crime in order to get the highest possible conviction for everyone. Courts remain split on whether this is fair. Reporter Ken Armstrong dug up four dozen instances where the truth is still an open question. Partner: The New Yorker

Military experience has long been considered a door to a career in law enforcement; one in five officers are veterans, prized for their discipline and training. But what happens when cops bring the war home? Simone Weichselbaum and Beth Schwartzapfel show that the prevalence of military veterans can also complicate relations between police and the communities they are meant to serve. Partner: USA Today

In 10 states, prosecutors aren’t required to turn over discovery — the evidence backing charges in a case — until just before trial. Because the vast majority of cases end in a plea deal, many defendants never learn what the state has against them. Beth Schwartzapfel took a close look at New York, where there is a new movement to change the rules. Partner: The New York Times

The easy availability of child pornography and the inability of some people with autism to understand the children are victims has led to a troubling and complex collision between the justice system and a developmental disability that, despite its prevalence, remains largely misunderstood in courts across the country. Reporter Anat Rubin looked at the toll taken on families.

The heat is on

The planet is getting warmer, and for thousands of prisoners in hot climes with no air conditioning, there is no escape. More than 20 Texas prisoners have died from the heat since 1998. The head of the state correctional officers union put it best in this story by Maurice Chammah and an accompanying short documentary with John Carlos Frey: “The incarceration is their punishment, not cooking them to death.” Partner: The Weather Channel

Deported without a voice

When tens of thousands of women and children fled Central American violence to the U.S. beginning in 2014, the Obama Administration funneled them into the court system to seek asylum. Now those cases are getting to court — and most families are not showing up, fearful of being swiftly sent home. Reporter Julia Preston shows that some 70 percent of the cases heard so far are ending up with orders of deportation issued in empty courtrooms. Partner: The Washington Post

Another death on a prisoner van

Alysia Santo and Eli Hager revisited their award-winning 2016 investigation into private prisoner transportation vehicles by examining another death this year in the poorly regulated industry. Kevin Eli, 29, died after complaining of chest pain and shortness of breath while he was being transported from Virginia to Florida to face a nine-year-old charge of stealing a pearl necklace. Partner: The New York Times