Another Death on a For-Profit Extradition Vehicle

Federal officials promised last year to look into the mistreatment of detainees, but little has changed.

Tina Eli's 29-year-old son, Kevin, died while on board a bus owned by Prisoner Transportation Services, the nation’s largest for-profit extradition company. An Rong Xu for The New York Times
By Alysia Santo and Eli Hager

More than 20 prisoners were shackled and packed tightly on a privately operated bus as it zigzagged from Wisconsin to Georgia earlier this month. The men and women were being extradited to faraway jurisdictions where they had open arrest warrants or pending criminal cases, and some had been traveling for more than 10 days as the bus picked up and dropped off prisoners.

Bathroom stops were infrequent, several prisoners said, so the passengers urinated in bottles and defecated on the floor. The heat failed, and they huddled together for warmth as temperatures dropped to freezing. The conditions were so deplorable that at one point, they all scribbled down their contact information on a fast-food wrapper, hoping to reconnect later to sue the owner of the bus, Prisoner Transportation Services, the nation’s largest for-profit extradition company.

But shortly after Kevin Eli added his name to the list, near Columbus, Ga., he was dead. 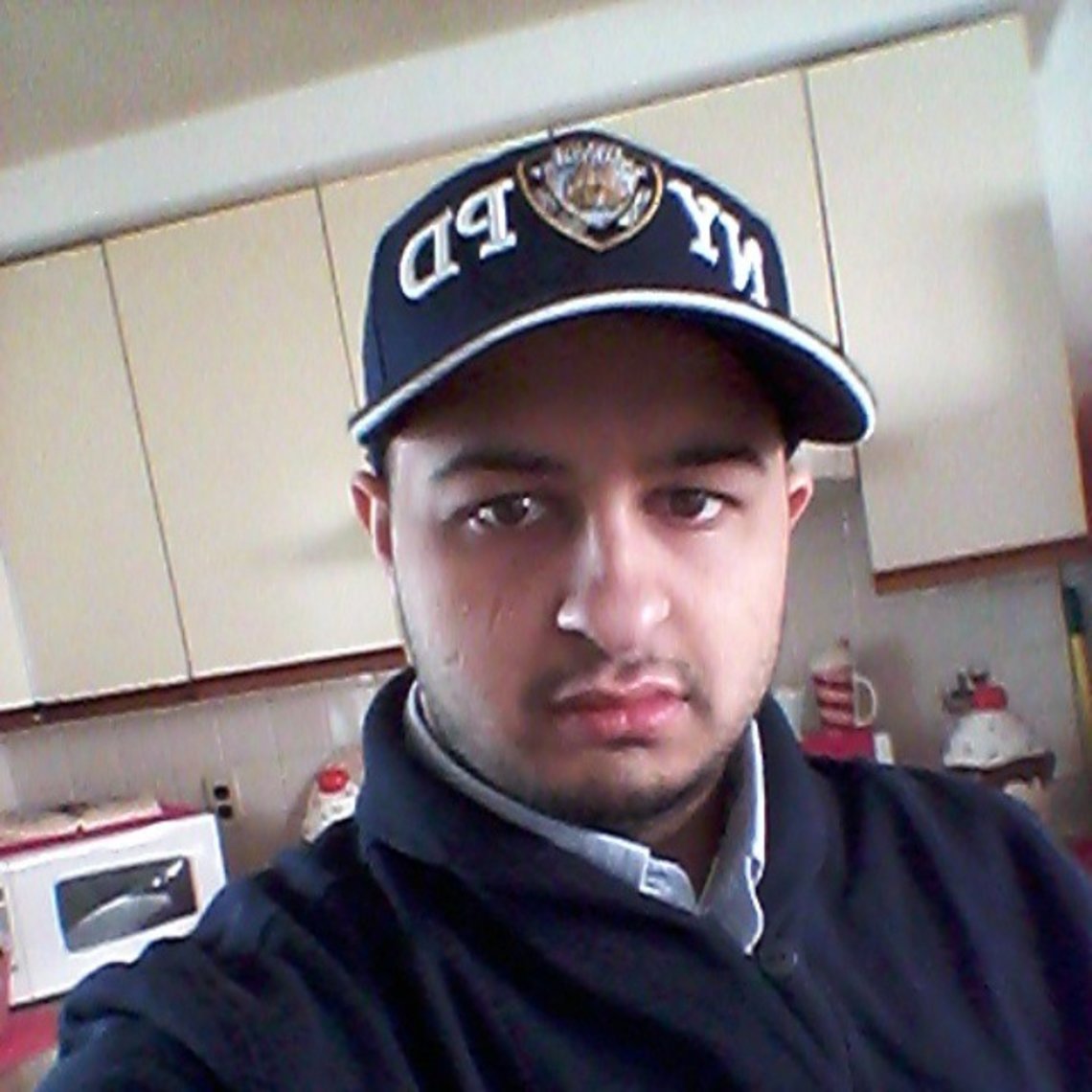 Kevin Eli’s death on March 7 was at least the fifth on a PTS vehicle in five years.

Eli, 29, was being transported from Virginia to Florida to face a nine-year-old charge of stealing a pearl necklace during a burglary. His death on March 7 was at least the fifth on a PTS vehicle in five years. Eight months earlier, Loretta Lynch, then the attorney general, told a congressional committee that her office would investigate for-profit extradition companies after reporting by The Marshall Project and The New York Times revealed a pattern of deaths and abuse in the industry.

Since 2000, another two dozen people have been killed or seriously injured in more than 50 crashes on private vehicles operated by these businesses, while at least 60 prisoners have escaped and 14 others have alleged sexual assault on board.

State corrections departments and countless local law enforcement agencies hire extradition companies to retrieve fugitives and suspects. Vans or buses travel long, circuitous routes, sometimes for weeks, with little sleep for guards or prisoners. Because they cross so many jurisdictions, oversight falls into a gray zone.

Companies are governed by a 2000 federal law known as Jeanna’s Act, which set broad standards for the treatment of prisoners but has been enforced only once.

Seven prisoners on the bus, all interviewed independently, said Eli’s troubles started when he got into an altercation with another prisoner on board. As punishment, the guards, who were employees of PTS and its subsidiaries, U.S. Prisoner Transport and U.S. Corrections, cuffed his wrists behind his back.

Then, as he began to complain of chest pain and repeatedly said, “I can’t breathe,” they put him in a segregation cage, prisoners said.

Eli, of Queens, N.Y., pleaded with the guards to call 911 for 20 minutes to half an hour, prisoners said. But the guards accused him of faking his distress and said the bus must keep moving toward its next destination, the other prisoners said.

“I watched that man beg for his life,” said Ronald Snavley, 47, whose extradition from Indiana to Florida to face a drunken-driving charge took two weeks, including a stop at a jail that serves as a hub for PTS. Other prisoners said they had screamed for help as Eli eventually fell unconscious and made groaning sounds, his eyes fixated and his skin discolored. A guard unsuccessfully tried to resuscitate him by performing CPR, they said.

A lawyer representing PTS, Alex Little, said in an emailed statement that the company had initiated an internal investigation into Eli’s death. “PTS is continuing to cooperate with the applicable authorities,” he said. “As a result of the pending investigations and ongoing autopsy, PTS cannot make any further comment at this time.” Little declined to answer questions about the alleged conditions on the bus.

In November, PTS officials said they had begun to make a number of safety improvements, including more frequent breaks for drivers, new cameras and seatbelts in their vehicles, and increased medical oversight by employees. “We trained them on how to be more aware of inmates in distress,” said Joel Brasfield, the company’s president. He said he would not tolerate inhumane conditions.

Yet the passengers who witnessed Eli’s crisis described a ride as filthy and dangerous as ever.

Prisoners were not able to brush their teeth or shower for the entire journey, they said, and a bathroom on board was unusable. Women menstruating had to make tampons out of McDonald’s wrappers, in front of the male prisoners, and urinate in plastic bottles with the tops cut off. Wires could be seen dangling out of at least one camera, and no one had seatbelts. Shackled, they banged around as the bus careened along at high speeds, sometimes crossing the median and knocking into road signs.

Theresa Wigley, 54 and a diabetic, was being transported from Wisconsin to Florida to face a charge of improperly using a company credit card. She said that during her two-week journey, she was given her medication intermittently and fed only fast food; she vomited repeatedly.

“We all knew that what we were going through was an unacceptable, inhumane thing that should not be happening in the United States of America,” Wigley said, explaining why the prisoners shared their phone numbers and social media identities on the scrap of hamburger wrapper and entrusted the list to Tyisha Anthony, a prisoner who said she was planning a career in the law. 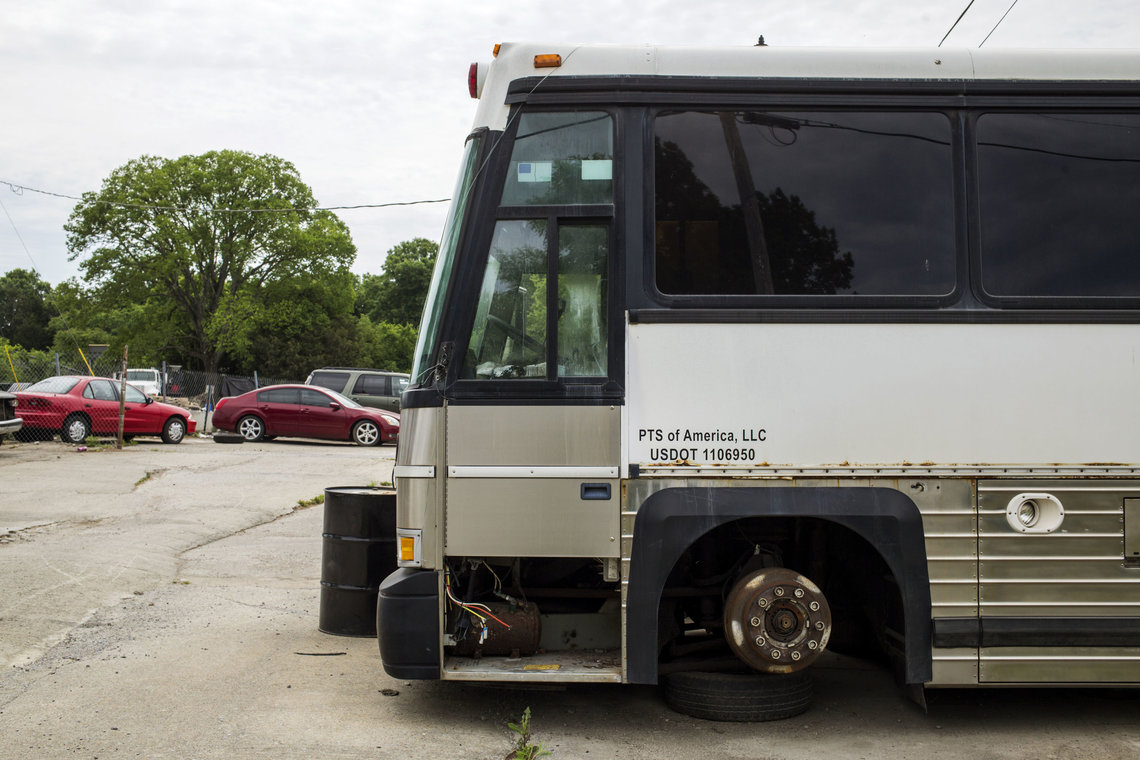 An out-of-service PTS bus at an automotive repair shop in Smyrna, Tenn., in 2016.

Before climbing aboard the bus, Eli had served six months at the Rappahannock Regional Jail in Stafford, Va., for violating his probation on a 2012 shoplifting conviction. The Broward County, Fla., sheriff’s office then hired U.S. Corrections to bring him to Florida at a price of $981 for the 991 miles of transport, an invoice shows.

Eli died of unknown causes after 11 days in transit, as the bus passed through Fort Benning, a military base on the Alabama-Georgia border.

The prisoners said they had been relieved to see police cars pulling up to the bus at Fort Benning and had assumed they would be interviewed. But they said they were not questioned, and shortly after Eli’s lifeless form was taken off the vehicle, they were driven to a jail in a neighboring county. They stayed there for 12 hours, officials at that jail confirmed, before continuing the journey.

Eli’s family members said they were notified of his death on March 10.

His mother, Tina, sobbing throughout an interview, said the family had paid several thousand dollars to have his body shipped back to the New York area. She said she had not been told who, if anyone, would investigate her son’s death. She described her son as a playful and generous man who, as a child, dreamed of becoming a police officer. He had called her last month to ask for his favorite meal — strudel and stuffed cabbage — when he finally made it home.

A spokesman for the Justice Department wrote in an email that the agency takes seriously all allegations of prisoner abuse and neglect and is committed to enforcing the law.

Rep. Ted Deutch, the Florida Democrat who questioned Lynch last summer as a member of the House Judiciary Committee, said Monday that he planned to renew his inquiry by writing to Attorney General Jeff Sessions and calling for a subcommittee hearing on the deaths and abuses aboard private extradition vans.

“What’s so appalling is that there’s more care shown to furniture being delivered across state lines in this country than there is to humans,” he said.