What to Know About the Death Penalty in 2018

Here are the most important places to keep an eye on.

Only a little more than a year ago, many opponents of the death penalty were cautiously optimistic that the U.S. Supreme Court — perhaps with a Clinton appointee or two — might strike down the punishment for good. Then came President Donald Trump, who tweeted “SHOULD GET DEATH PENALTY!” about one criminal suspect and recently called for the execution of anyone who kills a police officer. He picked an attorney general, Jeff Sessions, known for his efforts to pursue executions in Alabama, and a Supreme Court justice, Neil Gorsuch, whose first major decision was to deny a prisoner’s request for a stay of execution.

But does all that matter? The number of executions and new death sentences have been trending downward for years. Support for capital punishment in the U.S. is at about 55 percent, its lowest point in more than four decades. Trump’s first year saw a slight rise in death sentences and executions, but those are the product of counties and states; the president and attorney general have little say beyond the occasional federal case.

What can we expect at the beginning of 2018? Is the death penalty almost gone, or will the president’s support rejuvenate it?

To answer those questions, there will be four places to watch: 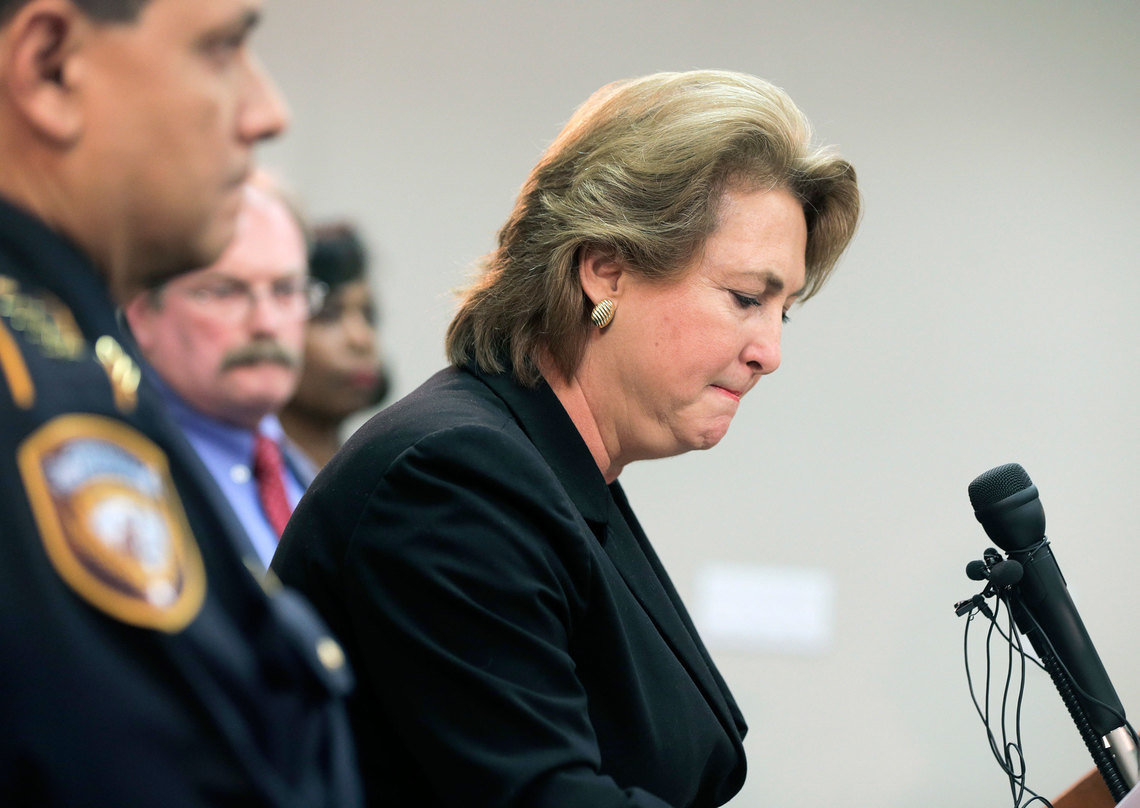 It’s up to local, elected district attorneys to decide whether to ask a jury for the death penalty. In the 1990s, many prosecutors campaigned on their successes sending men to death row. But much has changed. In the last two years, voters elected district attorneys in Denver, Philadelphia, and Orlando, Fla., who all promised to stop seeking the death penalty completely. In Orlando, the move prompted a backlash, as Florida Gov. Rick Scott removed potential death cases from new DA Aramis Ayala’s authority; she sued, lost, and rescinded the death penalty ban.

In Houston and Tampa, newly elected DAs made vaguer pledges: they said they would be more judicious about which cases merit the death penalty. Inevitably, there will be high-profile crimes in these communities, and many — perhaps inspired by the president — will call for harsh punishments. It will be worth watching these prosecutors handle the new cases that cross their desks.

As the death penalty disappears, it has been replaced by life without parole, a punishment that California prisoner Kenneth Hartman once called "death by another name.” In Texas alone, between 70 and 100 people are sentenced to life without parole each year — far exceeding death sentences there. Keep an eye on prosecutors who spare prisoners from execution to see if they send even greater numbers to prison for life.

The Next To Die

A detailed, up-to-date schedule of upcoming executions in the United States

It takes a DA and a jury to send someone to death row, but it takes a massive state bureaucracy to kill him. Courts must uphold the convictions, prison officials must secure lethal injection drugs, and governors and attorneys general must clear political and legal obstacles.

In recent years, executions have become even more difficult to carry out because drug companies have protested the use of their products in lethal injections. States have searched for new sources and combinations of drugs, and defense lawyers have fought these new plans in court.

Eight states managed to clear these obstacles and carry out executions in 2017. The result was more executions than the year before, when only five states pulled it off.

But numerous other states have made moves to obtain lethal injection drugs and revive their death chambers. In 2018, we will see if they succeed, or whether opponents are able to hold them off through litigation. Nebraska and Nevada are both trying new drug combinations that feature fentanyl, the opioid responsible for thousands of accidental deaths in recent years.

Capital Punishment in Practice, State by State
Although a limited number of states carried out executions last year, many others made moves to join their ranks. Some developed new lethal injection drug combinations, others defended their execution policies in court, and others attempted to pass new laws to protect the identities of drug suppliers.
Executed in 2017
Executed in 2017 with more scheduled in 2018
Making efforts to resume executions
Source: The Marshall Project and the Death Penalty Clinic at the University of California-Berkeley School of Law

This is an area where Trump could have an effect. In Arizona, Nebraska, and Texas, efforts to import execution drugs from India have been stymied by the federal Food and Drug Administration. Trump could push the agency to let the drugs in, paving the way for many states to seek drugs abroad.

Trump could leave a massive legacy at the Supreme Court, especially if Justice Anthony Kennedy follows through on his plan to retire. This would affect many areas of the law, including the death penalty. Kennedy has been a swing vote in the court’s efforts to ban its use on the intellectually disabled and people who committed their crimes before age 18. 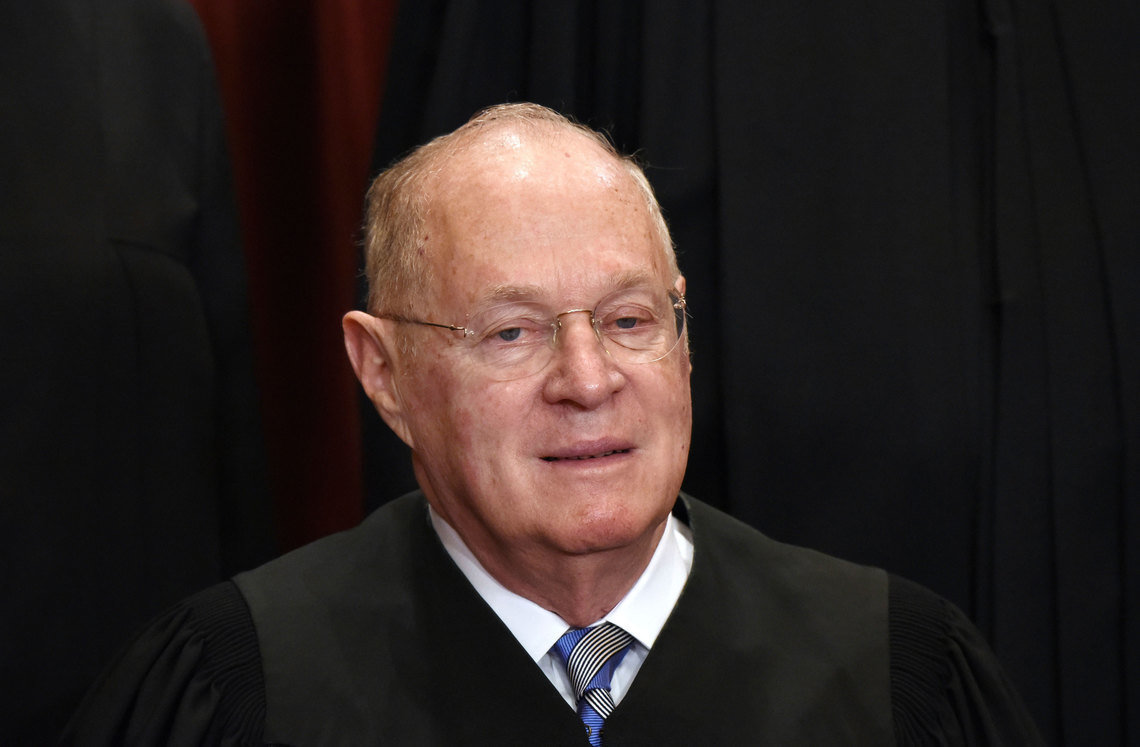 Death row prisoners are likely to find less success under a Trump-nominated successor, but some observers have pointed to Chief Justice John Roberts as a potential swing vote on capital cases. Recently, he rejected the death sentence of Duane Buck, whose trial featured testimony from an expert witness that suggested he was more likely to be dangerous because he is black. "Some toxins can be deadly in small doses,” Roberts wrote of that testimony. The court is currently considering whether to hear a challenge to the Georgia death sentence of Keith Tharpe. A juror from his trial used the n-word and “wondered if black people even have souls.” Still, as with Buck, a victory for Tharpe would not have a broad effect on capital punishment as a whole.

For that, look to Abel Hidalgo, whose Arizona case the justices are currently considering whether to hear. Hidalgo was convicted of the 2000 murders of two men at an auto repair shop; he was paid $1,000 by a gang that wanted one of the men dead. His lawyer, Neal Katyal — a former solicitor general under Obama, who also represented the state of Hawaii in a challenge to Trump’s travel ban — has asked the Supreme Court to consider whether the death penalty as a whole is unconstitutional. That is a long shot, given that the court has chosen to avoid the question several times in recent years.

But Katyal has also given the court an opportunity to take a more modest challenge. Most states with the death penalty have laws that say only certain “aggravating” factors can qualify a murderer for the punishment. Katyal argues that in Arizona there are so many aggravating factors that practically any murder qualifies. If the court takes the case, it could cast into doubt the future of the death penalty in a state where 120 people are on death row.

Another potentially important case — which Robert Dunham, executive director of the Death Penalty Information Center, said he’s watching — comes from Missouri, where a man was sentenced to death last year by a trial judge after his jury deadlocked 11-1. Missouri is one of only two states, along with Indiana, where judges are allowed to break such a deadlock. But two years ago, the Supreme Court ruled in Hurst v. Florida that judges cannot be the primary decider behind a death sentence. Perhaps, as this case is appealed, it also will land in front of the Supreme Court.

The federal government has successfully sought capital punishment 76 times since 1988. It will become clear in 2018 whether Sessions will try to impose capital punishment in some current cases. As attorney general of Alabama in the 1990s, he oversaw the state’s efforts to move cases toward execution. But during his confirmation hearings, he said he had dropped the death penalty in an Alabama case when he learned it did not meet the legal criteria, weathering political attacks for the decision. (He did not specify the case.) The Department of Justice has a bureaucratic process for determining whether to seek death, and it will be up to Sessions to decide whether to overrule the decision brought to him.

Obama oversaw several federal death sentences — most famously those of Dzhokhar Tsarnaev and Dylann Roof — but no executions. The federal government, much like the states, has not been able to obtain lethal injection drugs. Sessions could prioritize the issue and seek a revival of the federal execution chamber.

Finally, there is one way he could speed up executions in the states. People sent to state death rows can appeal to federal courts, and in 1996, Congress set a one-year deadline for these appeals. Former Marshall Project reporter Ken Armstrong investigated in 2014 how lawyers frequently missed the deadline, leading to their client’s executions.

But a little-known provision of that law offered states the opportunity to push the deadline back even further — to six months — and also force federal courts to rule more quickly. The provision has been tied up in a lengthy legal battle, but it will eventually be up to Sessions to decide if states can speed up appeals. “I suspect it hasn't been a priority in this very tumultuous first year of the Trump Administration,” said Kent Scheidegger of the Criminal Justice Legal Foundation in California, who supports the changes. “But it will go forward at some point.”