Why Are Joe Biden and the NRA Endorsing State Judges?

Wisconsin shows off the new normal in judicial elections: political, expensive and often about something else.

Wisconsin voters will choose a new state supreme court justice Tuesday, in a technically non-partisan race that has drawn national political attention, million-dollar campaigns, and “soft-on-crime” attack ads from both sides. The election is just the latest in a nationwide trend of once-quiet judicial elections transforming into expensive, politicized fights, which experts fear could threaten the impartiality of the courts.

Research by the liberal Brennan Center for Justice found that $2.6 million has been spent so far on TV and radio advertising in the Wisconsin race. National interests have weighed in, with the National Rifle Association endorsing conservative Judge Michael Screnock. Meanwhile Former Vice President Joe Biden and former Attorney General Eric Holder have voiced their support for the more liberal candidate, Judge Rebecca Dallet. The National Democratic Redistricting Committee, a new group chaired by Holder and focused on gerrymandering, spent $165,000 on digital ads for Dallet. 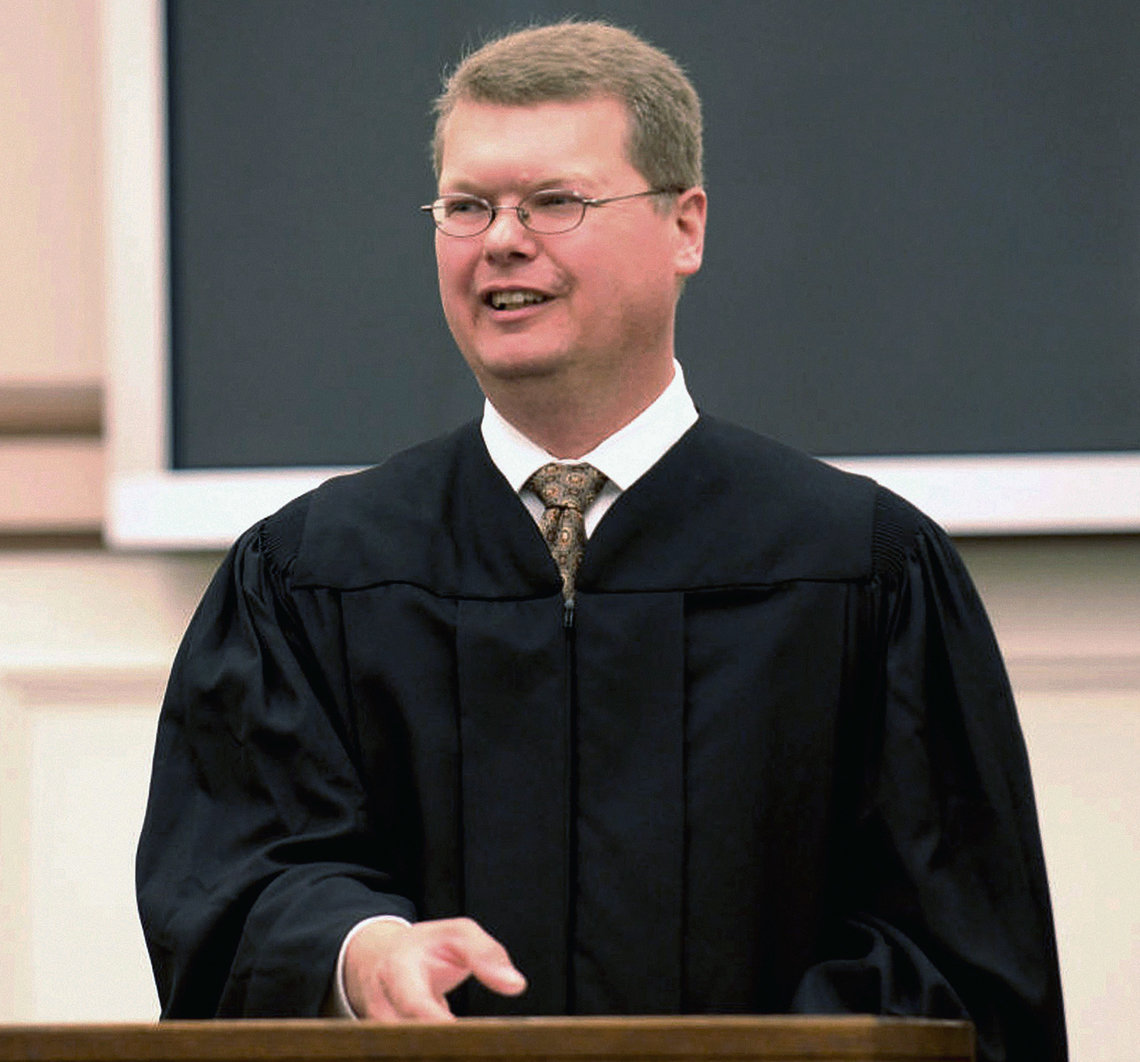 Circuit Court Judge Michael Screnock is a candidate for the Wisconsin Supreme Court and has received the backing of the National Rifle Association.

Some fear that the national political involvement will warp voters’ understanding of the court and its role. “The more national attention and endorsements that come into this race, the more it looks like any other political contest,” said Douglas Keith, counsel at the Brennan Center. “Public perceptions really do matter — they need to have faith that the courts are somehow different than the legislature and the governor.” Some states, and almost every country other than the United States, opt to appoint judges rather than elect them to assure they follow the law rather than public opinion.

The National Democratic Redistricting Committee said in its ads that Dallet would “stop big money in politics” and “protect our court and our rights.” While Wisconsin’s contested legislative maps (currently under review by the U.S. Supreme Court) were not mentioned specifically, influencing redistricting is the main focus of the organization. “What we are trying to do nationwide is to make sure that we put in place people who will do redistricting in a fair way come 2021, unlike what was done in 2011, and specifically what was done here in Wisconsin,” Holder said in a local TV interview.

This election won’t upend the ideological balance of Wisconsin’s highest court: conservative justices outnumber liberals five to two. Some think national political groups are treating this election — even a low-turnout, nonpartisan state supreme court race — as a possible bellwether of how the upcoming midterm elections will go.

“As we saw recently in Pennsylvania, state Supreme Courts often rule on or even draw legislative maps, which is why it’s so important to have justices who favor fair redistricting,” a spokesperson for the National Democratic Redistricting Committee said in an email, explaining their involvement in the Wisconsin race.

Most of the money in Tuesday’s election has come from state groups: the Wisconsin Manufacturers & Commerce’s Issue Mobilization Committee on the right, and the Greater Wisconsin Committee on the left. Both groups are registered as social welfare organizations that do not have to disclose their donors, which can obscure their political motives.

Outside groups and the candidates’ own campaigns have used the well-worn tactic of accusing opponents of being too lenient on sex offenders and other violent criminals, often by focusing on individual cases without context. An ad by Dallet’s campaign called out Screnock for “[letting] a rapist who preyed on an underage girl go free after only an eight month sentence.” On the other side, the Wisconsin Manufacturers & Commerce criticized Dallet for giving a sexual predator who abused his granddaughters two years in prison instead of 20. (The family called for the ad — which named the offender and thus could be used to identify his victims — to be taken down.) Research suggests such campaign rhetoric can make judges less likely to rule in favor of criminal defendants long after the election is decided.

“Our screens are being splattered with mud here these last couple weeks by outside groups claiming that the candidate on the other side is not tough enough on crime,” said Matthew Rothschild, executive director of the Wisconsin Democracy Campaign, a local nonpartisan group focused on elections and judicial integrity. “Wisconsin is supposed to have nonpartisan supreme court races, but they have become highly politicized.”

Judge Rebecca Dallet won the election with 56 percent of the vote. The Wisconsin state supreme court now has a smaller conservative majority, 4-3.