Was This Man Sentenced to Death Because He’s Gay?

His defenders say yes. South Dakota says no. The Supreme Court may soon weigh in.

Before South Dakota jurors decided the fate of Charles Rhines in 1993, they sent a handwritten note to the judge. They had just found Rhines guilty of fatally stabbing 22-year-old Donnivan Schaeffer, an employee of Dig ‘Em Donuts in Rapid City, during a robbery a year earlier. But now they had some questions.

If they didn’t vote for the death penalty, what would his life in prison look like? Would he be “allowed to mix with the general inmate population”? Would he be able “to create a group of followers or admirers”? Would he have a cellmate?

The judge said he couldn’t answer, and the jury sent Rhines to death row, where he remains today. A few years ago, those seemingly innocuous questions became crucial to the last-ditch efforts to save his life. Rhines’s lawyers knew that the jurors had been told that Rhines is gay. They went looking for jurors, following a hunch that turned out to be correct.

“There was lots of discussion of homosexuality,” one juror recalled, according to affidavits later filed in court. “There were lots of folks who were like, ‘Ew, I can’t believe that.’” Another juror said they “knew that he was a homosexual and thought that he shouldn’t be able to spend his life with men in prison.” A third recalled overhearing a fellow juror say that life in prison would mean “sending him where he wants to go.”

In essence, the defense argues, the jury sent Rhines to his death because some jurors thought life in a male prison might be enjoyable for a gay man. 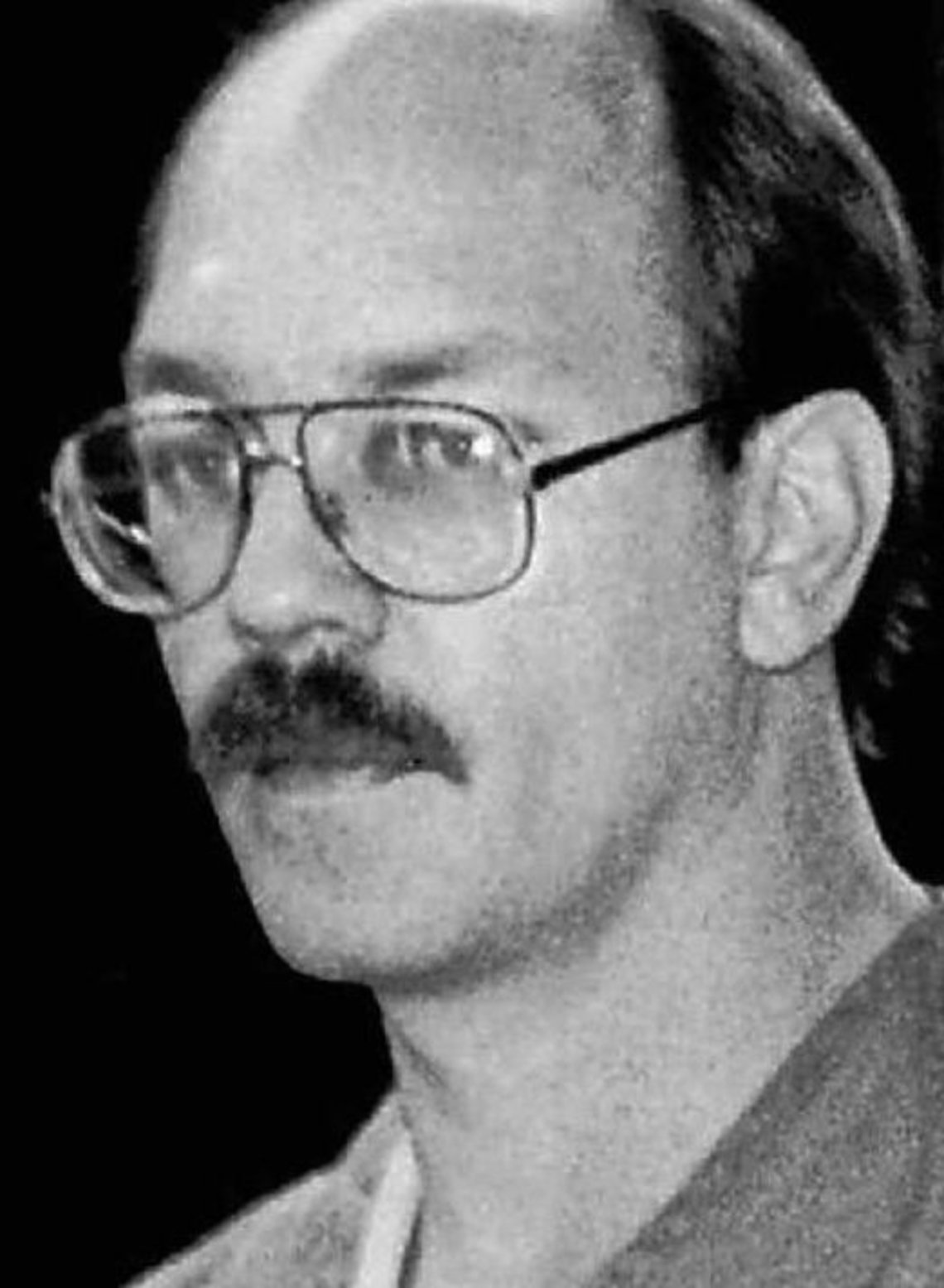 The Supreme Court is now considering whether to hear Rhines’s argument that his death sentence should be thrown out because it was tainted by homophobia. In the wake of the Masterpiece Cakeshop decision — in which the court ruled for a baker who declined to bake a wedding cake for a same-sex couple — the Rhines case could pave the way for new legal debates about how the justice system treats LGBTQ+ people accused of crimes. Simply put: Can a sentence be overturned if it was based on someone’s sexual orientation?

Until recently, the answer would have been an easy no. A central tenet of American law is that what happens in the jury room stays in the jury room. (This is often called the “no-impeachment rule.”) But last year, the court made an exception to that rule in the case of Miguel Angel Peña-Rodriguez. He was convicted of sexually assaulting two teenage girls, but a juror had allegedly remarked that Mexican men “had a bravado that caused them to believe they could do whatever they wanted with women.” Sending the case back to lower courts, Justice Anthony Kennedy wrote that judges should look at situations where a jury may have relied on “racial stereotypes or animus” to find someone guilty. The justices then ordered a lower court to revisit the case of Keith Tharpe. Years after sentencing Tharpe to death, a juror admitted, “I have wondered if black people even have souls.”

Paul Swedlund, the assistant attorney general for South Dakota who is arguing against Rhines, said he could not comment on pending litigation. But his brief to the Supreme Court punches back hard, arguing that jurors had lots of reasons to sentence Rhines to death beyond his sexual orientation. “Rhines locked Donnivan’s head between his knees and pounded a hunting knife into the base of Donnivan’s skull, partially severing his brain stem,” the brief says. “Unaffected by the screams and blood and death, Rhines left the store with his loot to get something to eat ... an order of french fries.”

Then there was his “bloodcurdling confession, in which he cackles while comparing young Donnivan’s death spasms to a beheaded chicken running around a barnyard.”

The state’s lawyers also argue that discrimination against sexual minorities has not been as destructive — and thus in need of policing by the courts — as racial discrimination. “No politician has ever proposed constructing a wall to keep homosexuals out of the country,” the state’s brief says. “No civil war has been fought over [sexual orientation]. No nationwide pogrom has been perpetrated for the enslavement or eradication of homosexuals.”

In other cases, prosecutors have been criticized for making inflammatory comments about a defendant’s sexual orientation, but researchers know little about whether juries listen to them. A few studies have found that college students, serving as mock jurors, tend to find people they know are homosexual guilty more often in certain circumstances. “If there is a potential homosexuality component to the case, this is something that is on the minds of jurors,” Bellarmine University criminologist Heather Pruss wrote in a dissertation based on thousands of interviews conducted by the national Capital Jury Project. But how jurors evaluate sexual orientation is difficult to untangle. In cases out of Kentucky and California, for example, jurors spoke disparagingly about gay victims — suggesting they were somehow culpable because they were lured by the defendants — and the implication was that this made the jurors less likely to vote for death.

Such cases are rare, and the legal battles over them are plagued by hazy facts. Juries don’t typically record their conversations, and interviews with former jurors often happen years or even decades after the fact. Some judges also restrict the ability of defenders to interview former jurors. Even when they find them, each of the twelve can remember things a little differently.

South Dakota also says Rhines shouldn’t have an audience before the Supreme Court because the defense misrepresented what jurors really said in interviews. The state sent its own investigator to find the jurors in May 2017. Many told him they had no memory of the homophobic comment and felt harassed by the defense. One did recall someone saying Rhines might “like life in the penitentiary among other men,” but said this line was a passing remark that was given little weight.

The state lashed out at the defense lawyers as a “boutique, anti-death penalty law firm” that stretched the truth to save their client. “We’re not boutique! We’re public defenders!” Nolan responded, pointing out that the state has not shown that any jurors actually recanted their comments on homosexuality.

Former juror Frances Cersosimo said last week that she vividly remembers a juror saying that Rhines might not mind life in prison because he was gay. “There was a murmuring, everyone said ‘Whaaat?” Cersosimo recalled. Immediately, this man admitted “it was a stupid thing to say...I don’t know why I said that.” The South Dakota state investigator characterized this as a “joke,” though Cersosimo insisted, “It was not a joke.” (The juror she recalled being the one who said this declined to comment.)

In another affidavit collected by the defense, juror Harry Keeney admits the knowledge of Rhines’s homosexuality affected his decision. His signature appears shaky and the state says this is because he has dementia. His wife Janet Keeney confirmed to The Marshall Project this is true. “I think he didn’t say that,” she said of the comment in question. “I wouldn’t depend upon it.”

“We’d just come back from a vacation,” she added. “We were tired...The average person can’t remember what happened 25 years ago.”

The jurors I reached all said that they sentenced Rhines to death primarily because of the nature of the murder. “The pictures of the kid, he way he bragged about the kid begging for his life. Those things never leave your head,” said juror Delight McGriff, who has no memory of any comments about homosexuality, though she admitted “this was a long time ago.”

The Supreme Court will discuss whether to take the case on Thursday. Rhines’s lawyers, in asking them to say yes, cite the case of Duane Buck. At his trial, an expert witness made remarks about his race. When the court overturned his sentence, Chief Justice John Roberts memorably declared that the “law punishes people for what they do, not who they are.” The expert’s comments boiled down to a couple of sentences, but Roberts noted that “some toxins are deadly in small doses.” If the Supreme Court agrees to hear Rhines’s case, they’ll again need to decide how to weigh just a few words, uttered decades ago and now mostly forgotten.