Can It Be Murder If You Didn’t Kill Anyone?

A distinctly American legal doctrine holds getaway drivers and lookouts as responsible for a death as the actual killer. California is having second thoughts. 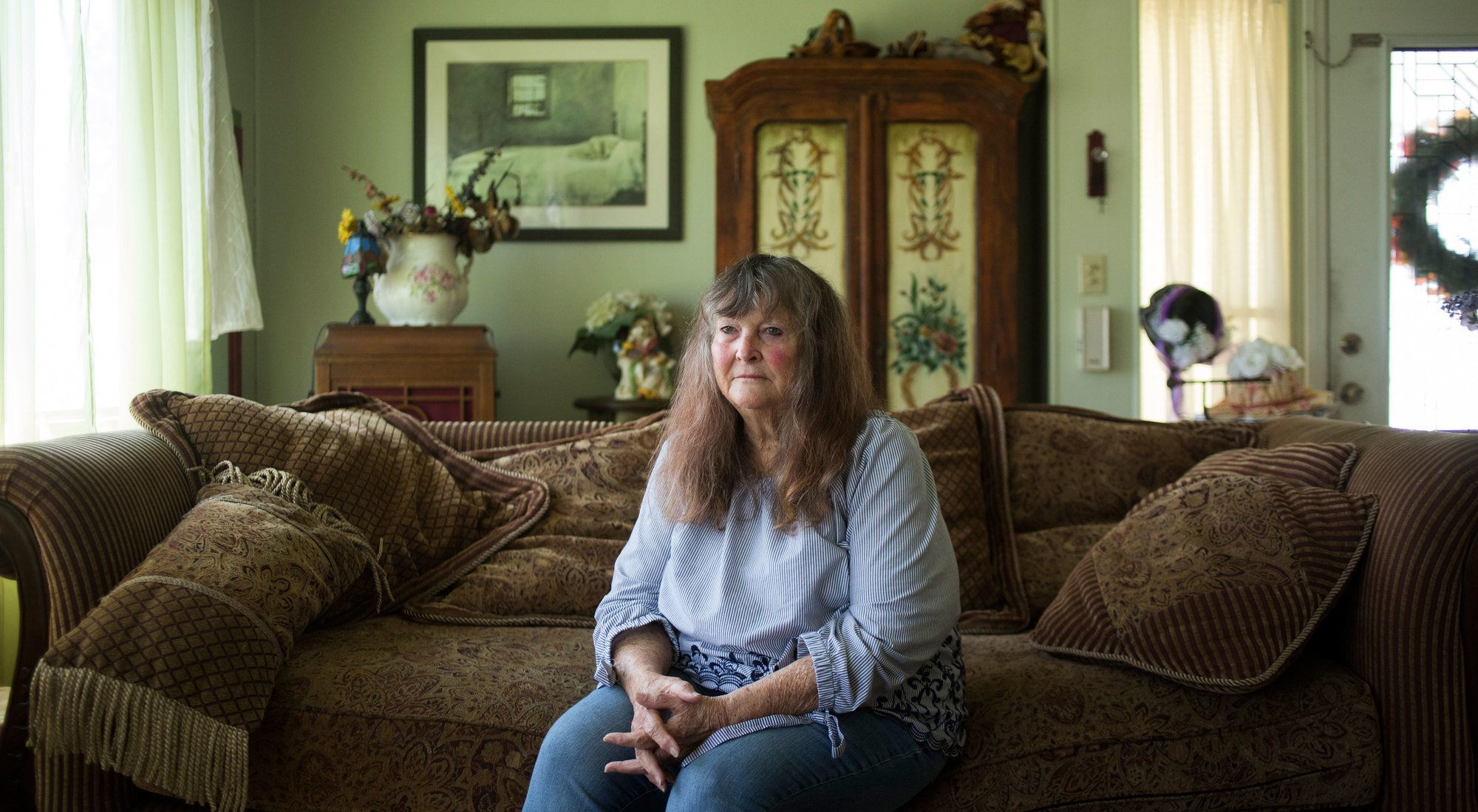 Colleen Khalifa, mother of Shawn Khalifa, who was convicted under the felony murder rule, at her home in San Juan Capistrano, Calif. Jenna Schoenefeld for The New York Times
By Abbie VanSickle

Late in the evening on Jan. 27, 2004, four teenagers broke into an elderly neighbor’s house in the Southern California town of Perris, looking for cash.

One of them, Shawn Khalifa, guarded the back door. Shawn, who had just turned 15, slipped into the kitchen and stole some chocolate candies. He briefly saw that the homeowner was seriously hurt, and he ran back outside.

This story was published in partnership with The New York Times.

No one accused Shawn of laying a hand on the victim, Hubert Love, 77, but a jury convicted the teenager of first-degree murder.

Khalifa, now 29 and serving a sentence of 25 years to life, is one of hundreds of people convicted in California under a legal doctrine known as the felony murder rule, which holds that anyone involved in certain kinds of serious felonies that result in death is as liable as the actual killer.

“I knew I didn’t kill anyone,” Khalifa said. “I felt and kind of knew that I was going to spend the rest of my life in prison. It didn’t seem like there was any room to be a human being again. My life was over.”

But the hard doctrine that sent Khalifa to prison may be softening. A bill moving through the California legislature would change state law so that only someone who actually killed, intended to kill or acted as a major player with “reckless indifference to human life” could face murder charges.

The measure, already approved by the California Senate, cleared another important hurdle Tuesday when it won the blessing of the Assembly’s Public Safety Committee, despite strong opposition from law enforcement groups.

If the bill passes the State Assembly, California will join a growing number of states in abolishing or severely restricting felony murder. Over the decades, legislatures in Hawaii and Kentucky have abolished the rule, and, last fall, Massachusetts joined Michigan in ending it through the courts. The Pennsylvania legislature is weighing a bill aimed at curtailing the practice.

“Many times in California, if you didn’t commit the murder, didn’t know the murder occurred, you could be charged and have the same sentence as the actual murderer,” said State Sen. Nancy Skinner, who introduced the legislation in part because, she said, felony murder cases disproportionately affect women and young black and Latino men. “They had bad judgment, but they didn’t commit a murder — and when I understood this, I knew we had to fix that.”

The total number of people serving sentences for felony murder in California is unknown because the cases are not tracked separately from other murder convictions. But proponents of the bill estimate that it is between 400 and 800. In 2016, lawmakers rejected a bill that would have required prosecutors to collect data on felony murder prosecutions and report it to the state.

A survey answered by 1,000 prisoners convicted of murder found that the felony murder rule disproportionately affects women and young people. Of the women serving life sentences for murder in California, 72 percent were not the killers, according to the survey, which was conducted by Restore Justice, the Youth Justice Coalition and the Anti-Recidivism Coalition, California groups that support criminal justice reform.

The origins of the felony murder rule are murky. Generations of law students have been taught that it is a relic of British common law.

But Guyora Binder, a professor at the University at Buffalo School of Law and a leading expert on felony murder, said he had found otherwise. He traced modern felony murder doctrine to the 1820s, when state legislatures in the United States codified criminal offenses.

England abolished its version of felony murder in 1957, followed by India, Canada and other common law countries, and the United States remains the only country where the felony murder doctrine still exists. A Michigan Supreme Court ruling that did away with it in that state nearly four decades ago called it “a historic survivor for which there is no logical or practical basis for existence in modern law.”

The proposed California legislation would not undo felony murder entirely, but it would carve out the group of people who had very little involvement in the underlying crime and no intent to kill anyone, Binder said. That could make it a model for other states.

“This proposed bill is a very clever reform because it addresses the least popular and the least defensible aspects of the rule,” he said.

But opponents of the bill argue that people will be less likely to commit crimes if they know they will face maximum penalties if someone dies.

“The deterrence value is people are discouraged from participating in serious, dangerous felonies,” said Sean Hoffman, legislative director for the California District Attorneys Association, when he testified Tuesday in opposition to the bill.

Prosecutors and victims’ rights advocates say that the doctrine is justified because people who choose to participate in dangerous crimes do so knowing that an innocent person could die.

“The way the legislation is written, it gives everyone a path out, and only penalizes the actual shooter,” said Eric Siddall, a prosecutor and vice president of the Association of Deputy District Attorneys for Los Angeles County. Siddall said the legislation could make gang prosecutions more difficult.

Critics of the rule say felony murder can lead to absurd results. In some cases, accomplices have been charged with felony murder when the death actually occurred at the hands of the police or even the victim.

In one notorious 2012 case in Indiana, a group of young men who became known as the Elkhart Four, broke into a house searching for cash. The homeowner, who was napping upstairs, awoke, grabbed his gun and fatally shot one of the intruders. The remaining defendants were convicted of first-degree murder under the felony murder rule. The State Supreme Court later overturned three of the four convictions, but the felony murder rule remains.

California courts have criticized felony murder, while leaving the rule intact. In 1983, the California Supreme Court called felony murder a “barbaric” rule of “dubious origins” from a “bygone age,” but concluded that only the legislature could change it.

A killing in California in 1995 drew national attention after a group of young men received life sentences. Five teenagers had gone to another high school student’s house near Malibu to buy marijuana. During an altercation, one of the five fatally stabbed another teen. Four of the five — Micah and Jason Holland, Brandon Hein and Anthony Miliotti — were prosecuted for felony murder.

Tuesday’s committee hearing focused on the human impact of the felony murder rule.

Jacque Wilson, a longtime San Francisco deputy public defender, recounted how in the summer of 2009 he got a call that his younger brother Neko had been accused of planning to rob a couple at a marijuana grow house in the Central Valley. During the robbery the couple, Gary and Sandra De Bartolo, were killed. 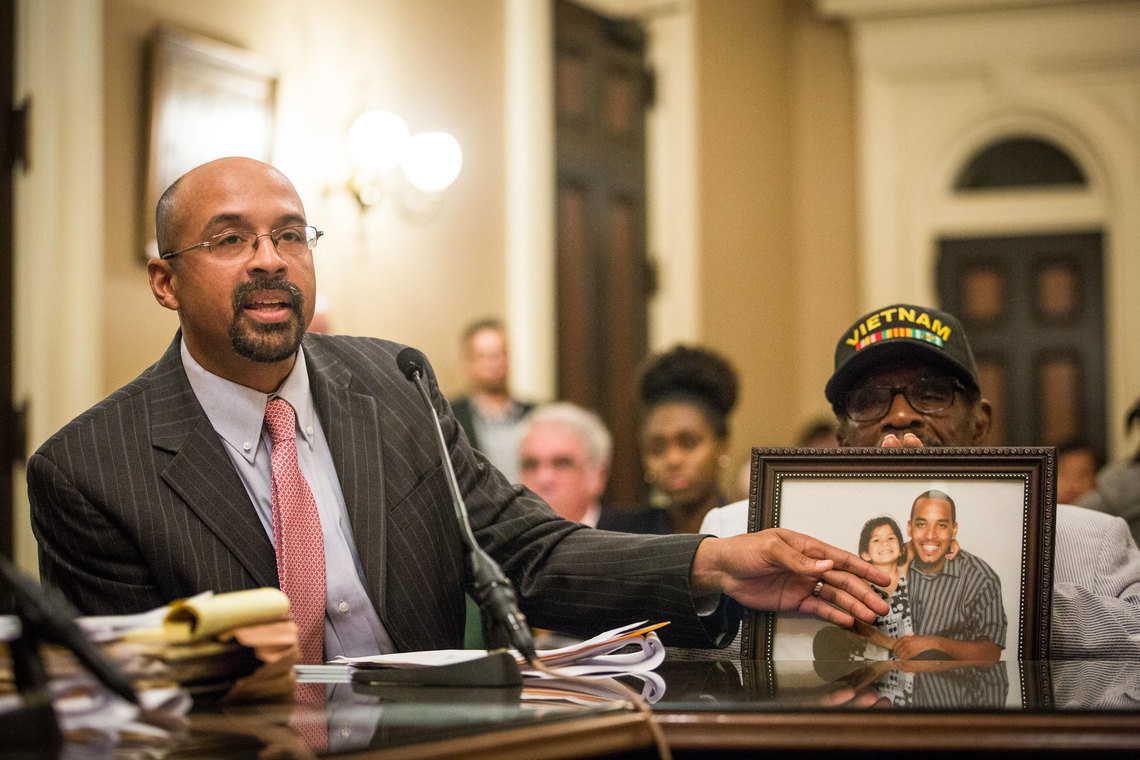 Jacque Wilson, left, and his father, Mack Wilson, right, testify about their brother and son Neko Wilson, during a California Assembly Public Safety Committee hearing on SB 1437 at the State Capitol. Neko Wilson is awaiting trial under the felony murder rule.

According to testimony at one defendant’s trial, Neko Wilson, 27 at the time, never went inside the house, but he was charged with first-degree murder.

“At that point, my world stopped,” Jacque Wilson said. “I had to explain it to my dad, how his son could be charged with murder without killing anyone.”

Wilson eventually took over as lead counsel to represent his brother, who has been in Fresno County Jail awaiting trial for almost a decade.

California has become a kind of national laboratory for prison reform since 2011, when the United States Supreme Court upheld a court-imposed cap on the state’s prison population, finding the prisons so overcrowded that inmates were dying. A series of legislative actions and ballot initiatives has reduced some felony crimes to misdemeanors, earmarked money for alternatives like drug and mental health treatment, and shifted more responsibility to the counties for supervising former prisoners.

The reforms have prompted a backlash from many law enforcement groups, who say the changes have led to the release of dangerous criminals, caused an increase in property crime and removed incentives for people to participate in drug court. Many of these groups are backing a proposed ballot measure aimed at rolling back the reforms.

One of the most contentious features of the felony murder bill is that it is retroactive, meaning that people currently serving life sentences for felony murder could petition the court to have their sentence reviewed.

The prosecutors association has said the bill goes too far, raising concerns that retroactivity would cause “potentially disastrous and costly problems.”

Felony murder convictions in California are not tracked or labeled, opening the gates for anyone with a murder conviction to ask for a re-examination of their case. For those who took plea deals, there may be little on the record to examine. A state fiscal analysis found that it could cost millions of dollars to process resentencing petitions, as well as to transport people to and from courts for resentencing. 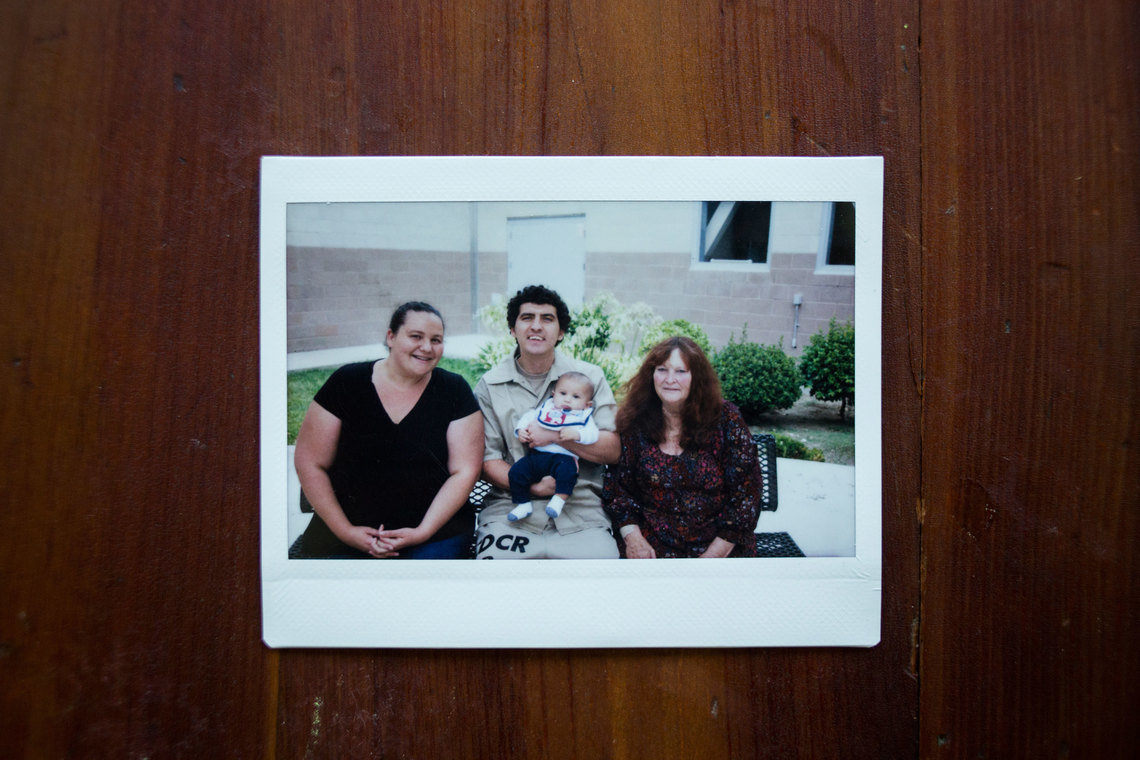 A photo of Colleen Khalifa, right, with her son Shawn Khalifa, center, and her daughter Jennifer Ponce, left, and Ponce's son Jackson Ponce, taken during a visit to the Coalinga State Hospital where Shawn was being treated.

Skinner and the bill’s supporters say the costs will be offset by savings from shorter sentences. The average cost to incarcerate an inmate in a California prison is about $80,000 a year.

Shawn Khalifa’s mother, Colleen Khalifa, is hopeful the bill could give her son a second chance. He was tried as an adult and has already served 14 years behind bars for his role as a lookout.

“It would give us our lives back,” she said. “Just the thought that there might be light at the end of the tunnel has given us hope. I already feel the anguish and stress being lifted.”

Shawn Khalifa was released from prison on Feb. 5, 2020, after a judge resentenced him under the California law aimed at people serving time for murder who didn’t take part in the killing. The law went into effect in 2019, opening the way for judges to review cases of prisoners throughout the state. Reached by phone after his release, Khalifa said he plans to finish the college degree he started in prison and wants to become a journalist or a counselor for incarcerated youth.