The Father, the Son and the Holy Buck

A capital case in Alabama raises the question: are you entitled to a conflict-free lawyer?

Behrouz Rahmati, an experienced and capable lawyer, was caught between a son and his father on the eve of a capital trial in Alabama two decades ago. The son was the one on trial for murder with his life on the line. The father was the one paying the bills. It all went smoothly until Rahmati found out, two days before trial, that the father may have physically abused the son as a child. The lawyer then made a fateful choice that now is up for review by the U.S. Supreme Court. The justices have been asked to refine the rules governing attorney conflicts of interest when there may be what the law calls “divided loyalties” during a case.

When Rahmati made his choice before that 1998 trial, an appellate team now asserts, the interests of his young client did not match the interests of the man paying legal fees. When Rahmati found out about the abuse allegations he immediately confronted Theodis Acklin, the father, and asked him to testify about the abuse to help his son, Nick, at trial. The idea was that evidence of childhood abuse would be a “mitigating factor” that might convince jurors to spare Nick’s life. Theodis Acklin didn’t like the idea. He became angry and, according to the undisputed record of the case, said to the lawyer: “You tell Nick if he wants to go down this road, I’m done with him” and “done helping with this case.”

Some attorneys at that moment would have gone straight to the judge and privately explained the inherent conflict: the third-party payer refusing to do something that might benefit the client. Other attorneys might have quit the case right then and there and forced the trial judge to appoint a new lawyer to handle Nick Acklin’s trial. Other lawyers might have sought a continuance to further investigate the allegations against Theodis. Rahmati did none of these things. He seems to have followed the money. Or the promise of it, anyway. He visited Nick and came away with a signed “waiver” that said the client did not wish to raise at trial his dad’s alleged abuse. 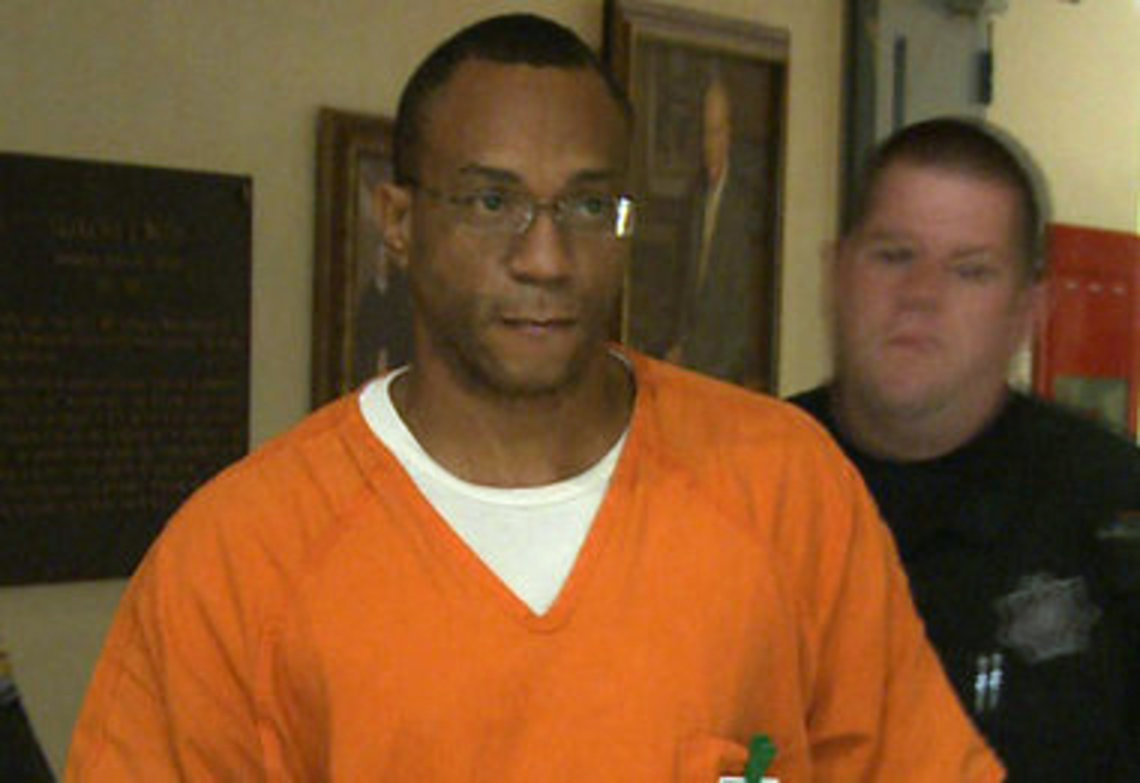 Nick Acklin leaves the Madison County Courthouse in Huntsville, Ala., following a hearing in 2013.

And it never was raised at a trial that ended with a quick murder conviction. In fact, even though Rahmati knew about the abuse allegations, he said nothing in the penalty phase of the trial when the topic of the family’s history and Nick’s childhood came up. Instead, Nick Acklin’s current attorneys claim, Rahmati elicited testimony from Theodis that suggested there was no abuse between father and son and then watched as Theodis pleaded with jurors to spare his son’s life. It seems to have been at least a little convincing, because the jury came back with a 10-2 vote for death. It was left to the judge, under Alabama’s now-defunct judicial override rule, and he sentenced Acklin to death.

Acklin’s current attorneys say Rahmati made the wrong choice back then, made it for the wrong reasons, and that the justices in Washington should use the case to bolster existing precedent about attorney loyalty when a third-party pays the bills. Acklin’s lawyers, including former Solicitor General Donald Verrilli, contend that Rahmati never explained to Nick Acklin that his father’s threat to abandon the cause created a conflict-of-interest for the lawyer or that the client had a right to “un-conflicted” advice. That omission, Acklin’s attorneys say, deprived the young client of the “informed consent” he has a right to expect from the attorney the Sixth Amendment guarantees him in a criminal case like this.

Acklin, like all criminal defendants, had a constitutional right to an attorney who does not have an “actual conflict of interest.” And there is plenty of legal precedent, as well as state and national bar association ethical rules, that reasonably label what happened between the lawyer and the client here as an “actual conflict.” Acklin’s current attorneys say that it was an incurable conflict, too, that Rahmati didn’t fix it with that “waiver.” The waiver, the defense contends, was “the product of the conflict of interest, not its cure.” The Supreme Court should take the case, Acklin’s lawyers say, to make sure lawyers don’t try this tactic in the future.

State attorneys disagree with that view. In their brief they portray Rahmati as a tireless advocate who zealously represented his client and did the best he could when confronted with the allegations of fatherly abuse. In Alabama’s view, Rahmati didn’t railroad his young client into foregoing the abuse defense; he assented to his client’s sincere wishes not to air his family’s dirty history. And because Rahmati knew that choice would be controversial, state attorneys argue, he made Nick Acklin sign a paper saying he, the client, was ignoring his attorney’s advice to put dad on the stand.

Alabama’s position today is bolstered, at least procedurally, by the fact that an Alabama judge held a four-day evidentiary hearing five years ago to address the issue of Rahmati’s conflict. Neither Nick Acklin nor his father testified at that hearing. But Rahmati did. He said he begged Nick to allow him to go after Theodis’s past at trial but that the son refused to allow the lawyer to do so. Rahmati also said he never really expected to be paid in full by Theodis, and wasn’t, and that he did his job anyway. A judge ruled against Nick’s conflict-of-interest claim and the state’s appellate courts have affirmed the essence of that ruling ever since.

Which means Nick Acklin’s current attorneys have two burdens here. They have to convince the justices that this case is a good instrument to update conflict-of-interest rules. And they have to convince the court to second-guess the factual findings of the Alabama courts. That second part may not be so difficult. The judge who held that post-trial hearing about Rahmati’s conflict found that Theodis had made no threat to the attorney even though state attorneys “did not defend or even mention the idea that no threat was made,” Verrilli told me over the weekend via email. There is good reason, the defense says, not to defer to Alabama’s judges.

Some experts in the field, including those in Alabama, have weighed in on Acklin’s side as the Supreme Court prepares to consider whether to accept the case for review. Legal ethicists say the case is important because Rahmati “created a textbook division of loyalties.” Once he learned of the allegations against Theodis, the experts wrote, “ethics rules unanimously required Rahmati to secure an alternative fee arrangement or obtain Acklin’s informed consent to the conflict, or else seek to end the representation. None of these things occurred.” To conclude otherwise, they say, makes irrelevant all conflict rules that govern attorneys.

There is no way to know of course whether the Supreme Court will accept Acklin’s case for review. The justices, famously, do not have their own rules governing conflicts of interest. Each justice, individually, is permitted to make her or his own decision about recusal. Last May, meanwhile, the court decided McCoy v. Louisiana, also a capital case, in which a majority concluded that defendants have a constitutional right to direct their own defense, even over the reasonable objections of defense counsel. Robert McCoy didn’t want to plead guilty to first-degree murder. His lawyer thought it prudent as a way to avoid the death penalty. The lawyer was wrong, and it took the justices in Washington to spare McCoy, for now, with a new trial.

Alabama lawyers in Acklin’s case make a form of the same argument that carried the day in McCoy; that once Acklin told his attorney not to bring up his father’s abuse the lawyer was duty-bound, and legally-obligated, to honor his client’s wishes. But McCoy’s attorney didn’t have any conflict of interest with his client, much less one that Acklin’s current attorneys say was so blatant and critical as was Rahmati’s. It wasn’t just the fact that the lawyer didn’t tell his unsophisticated client about the conflict, Nick’s lawyers now say, it’s also that the zealous trial lawyer stood silent when Theodis told jurors about how close the family was.

Correction: An earlier version of this story misstated when a state evidentiary hearing was held to address the conflict of hearing. It was in 2013.