When groups that lobby for federal prison reform found there was no money in the budget this year for the First Step Act, many gave Congress and the White House a pass. They focused instead on next year’s funding for the new law, which includes more prison education and job-training programs.

But on Monday, their good faith was put to the test as President Trump released his budget priorities for 2020. Only $14 million was explicitly listed to finance the act’s programs. It’s unclear if additional funding could come from savings that could result from the early release of eligible prisoners under the measure or from reducing expenses elsewhere within the Department of Justice, as some advocates for the programs hope. The White House did not respond to questions. 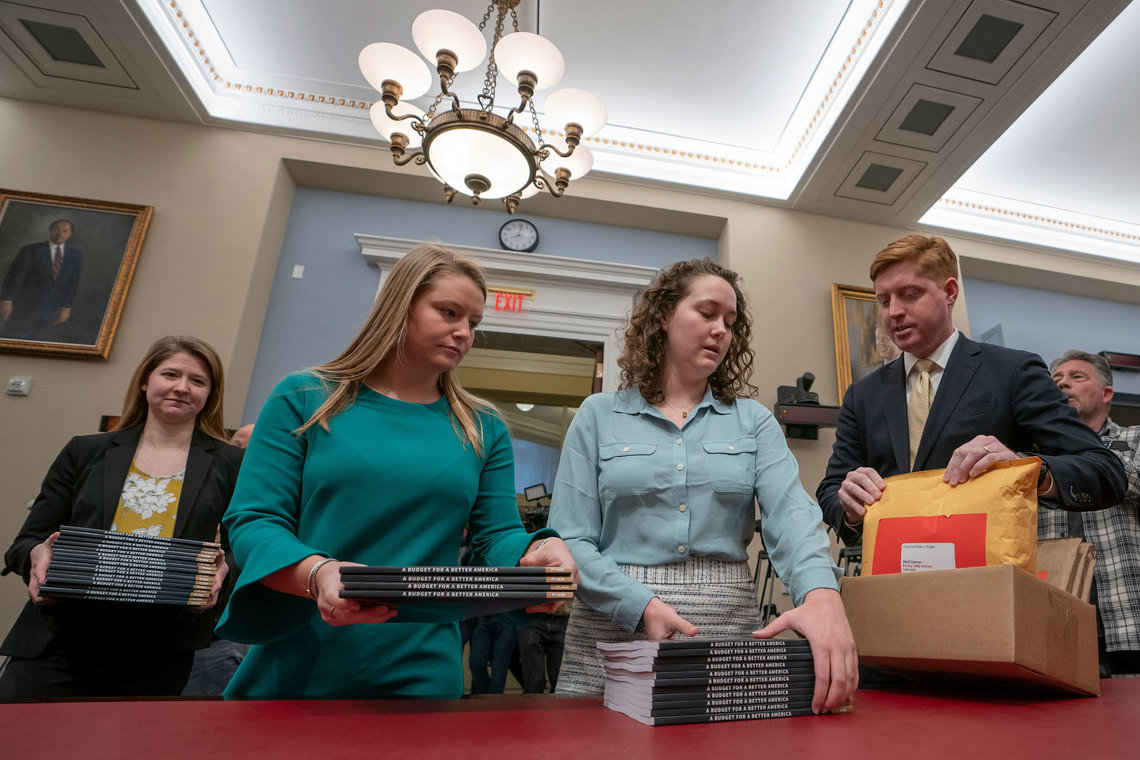 “It appears that the same bureaucrats that fought the First Step Act at every opportunity are trying to starve it to death through the budget process—this is ‘The Empire Strikes Back,’” said Pat Nolan, director of the American Conservative Union Foundation’s Center for Criminal Justice Reform. He faulted the Justice Department for the low funding request and said he was optimistic that the House and Senate will add millions of dollars to pay for the law’s programs.

For months, politicians and prisoner advocates had remained mostly patient despite the law requiring $75 million a year over five years, starting in 2019. They believed the federal government just needed time to get things in order.

Congress passed the First Step Act in late December, well into the 2019 budget. A day after the president signed the law, the federal government lurched into a month-long shutdown, delaying preparations to meet the law’s requirements.

Money for the law’s costs could be set aside by the Department of Justice, but it was awaiting the confirmation of a new attorney general. That didn’t happen until last month when William Barr was confirmed.

Monday marked the start of the lengthy budget process, which lasts into the fall and involves additions, subtractions, negotiations and redrafts between federal agencies, the White House and Congress. It is Congress that allocates funding. While nothing has been written in stone, Trump’s plan indicates what the White House considers important, and it may foretell political fights to come over empowering the law or leaving it toothless.

More than 10 criminal justice reform advocacy groups, including Nolan’s, first brought up funding concerns in February, when they sent House and Senate appropriations committee members a letter urging them to prioritize money for the law.

“Congress made its commitment to public safety clear when it passed the First Step Act; we now urge you to provide the full amount of funding authorized for its full implementation,” the letter said.

Trump’s proposal, entitled “A Budget For A Better America,” calls for $754 million to fund existing services for prisoner education, career and technical training, substance abuse treatment and halfway houses. The sum is $15 million over this year’s allocation. Of the increase, $14 million is planned for “new and innovative pilot programs” that adhere to the First Step Act’s mission to better prepare federal prisoners for release.

Jessica Jackson Sloan, national director of the prisoner advocacy group #Cut50, said her organization has met with Trump officials and appropriations committee members to stress how important full funding is to give federal prisoners training and the boost they need to succeed upon release.

"In order for the First Step Act to live up to its promise of transforming our federal prisons and improving public safety, it must be fully funded,” she said in an email. “Right now, it is unclear to me from the president's initial budget request whether or not this includes the $75 million authorized by the First Step Act for FY 2020. I am hopeful that it does but will wait for more details to be released later this week.”