A landmark law lets the state track people through the justice system. But that’s tougher than it sounds. 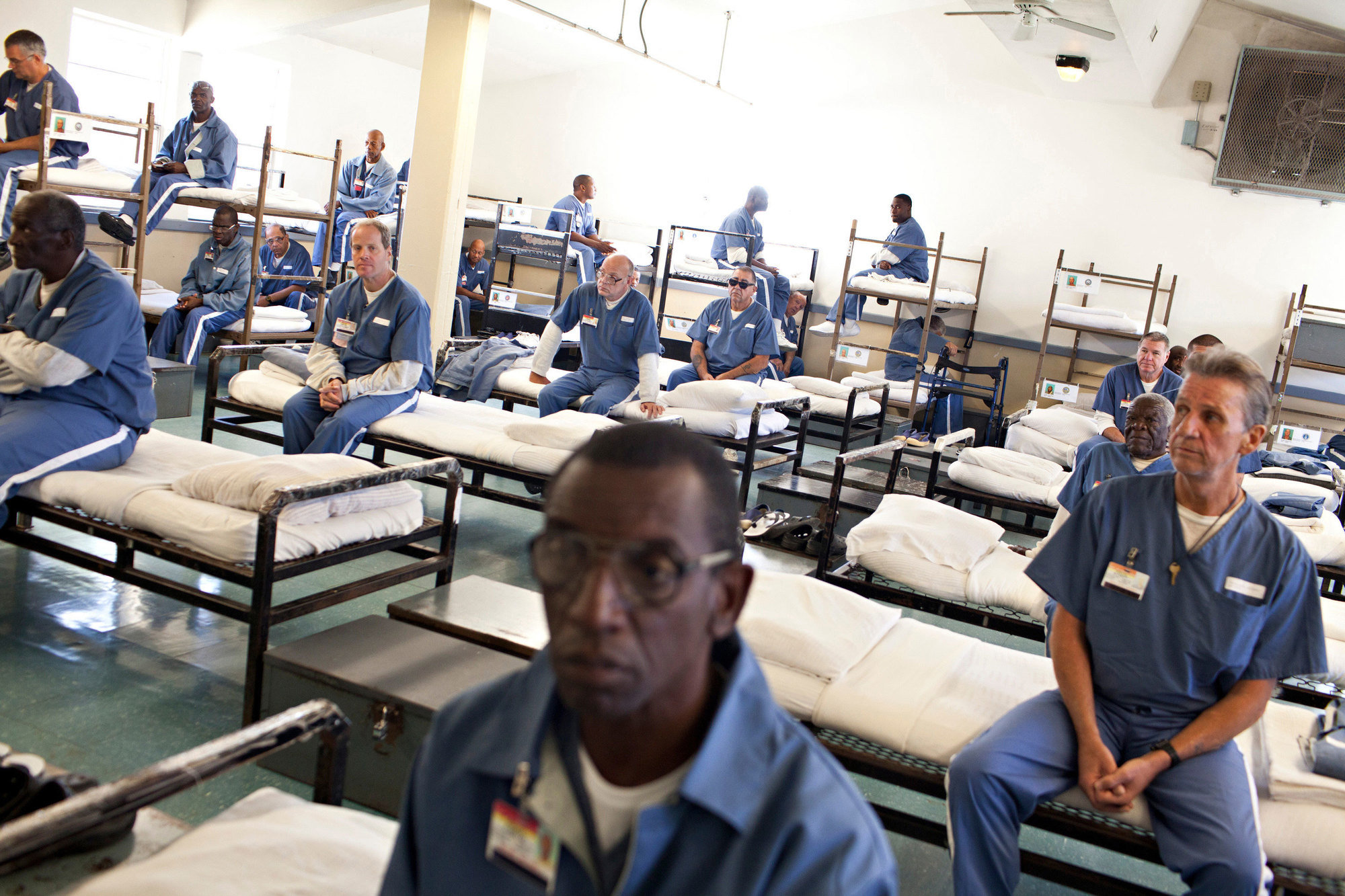 Florida has one of the largest and most expensive prison systems in the country. Each year, the state spends nearly $2.4 billion to keep roughly 100,000 people behind bars. And the system is rife with racial disparities: Black people make up 17 percent of the state’s population—and almost half of its prisoners.

Lawmakers are split over which is the more pressing problem: the high cost of locking so many people up or the overrepresentation of black people in prison. But they do agree that to address either issue, they need more data.

This story was published in collaboration with the Tampa Bay Times.

Last year, the Sunshine State became the first in the country to require its jails, prosecutors, public defenders, courts and prisons to coordinate their data collection, enabling lawmakers and the public to track how someone moves through the entire criminal justice system, from arrest to release. The new information will be sent to the Florida Department of Law Enforcement, which will publish it online.

Supporters of the new law hope it will bring transparency to an opaque justice system, illuminating where racial disparities begin while testing the merits of Florida’s strict sentencing policies. Research shows that long sentences increase prison costs, without improving public safety. Now, backers say, the legislature can craft reforms that are informed by facts.

“This new data is going to allow us to see whether reforms are working or whether the criminal justice system is working, instead of just going by ‘common sense’ or folksy thoughts,” said Benjamin Stevenson, staff attorney for the American Civil Liberties Union of Florida.

Lawmakers approved a pilot in Pasco and Pinellas counties, in the Tampa Bay area on Florida’s west coast, to figure out the best practices for collecting the new information. Law enforcement agencies keep separate records, which vary from county to county. The goal of the pilot is to link police, court and other computer systems, standardize data collection, and create a blueprint for how all 67 counties will submit data to the state agency on July 1, when the new law goes into effect.

Florida’s court clerks bear the burden of the new reporting requirements. Lawmakers did not allocate money for the courts or other agencies to hire data analysts or upgrade computer systems.

Much of the information the clerks will have to track will be taken from arrest affidavits, which are filled out by an officer and submitted to a judge who determines if there is probable cause for the arrest. But there’s a catch: Police departments across the state use different forms, and the new law does not require the departments to adopt a single document.

In 2017, police arrested more than 700,000 people, according to state data. If the legislature requires the police to use a single form, court clerks can automate the data extraction process, said Ken Burke, circuit court clerk in Pinellas County.

“Clerks get blamed for not being good stewards of information,” Burke said. “But we are like librarians. We keep track of the books, but we don’t get to say what the content of the book is.”

Florida already has mastered standardization with the hundreds of thousands of traffic violations written throughout the state each year, he said. Each county uses the same form, which is processed digitally.

Burke and others from the pilot project are working with lawmakers to create a second bill to correct what they say are oversights in the initial legislation. Lawmakers outlined 150 data elements that must be collected by each county, but they did not define the elements to ensure the data is captured consistently. For example, the courts must report arraignment dates—the day a suspect is formally charged and enters a plea. But depending on the county, the courts might call this process a “preliminary hearing” or an “advisory hearing.”

Measures for Justice, an organization that aims to help states assess their criminal justice systems, has partnered with Florida to develop the shared definitions and to propose several that were missing from the initial legislation.

Among the missing elements is the final ruling for each charged crime—so the state would have no way of tracking how many people plead guilty, are acquitted or are found guilty by a jury.

Ethnicity data was also missing from the law. Florida is one of a handful of states that tracks the race, but not the ethnicity, of people entering the criminal justice system. The state, which has a Hispanic population of roughly 4.3 million people, designates Latinos as white or black in the justice system, making it impossible to know how many Latino people are arrested or incarcerated. Adding ethnicity to the data elements is a top priority, said Gipsy Escobar, research director for Measures for Justice.

Sen. Jeff Brandes, vice chairman of the criminal justice committee, said he is working closely with stakeholders in Pasco and Pinellas to make sure the bill addresses their concerns.

“Everything is on the table right now,” Brandes said.

While many of the people working on the pilot agree Florida could benefit from more transparency, some are uncertain the project can help the state root out racial disparities.

The new legislation follows two investigations by the Sarasota Herald Tribune that found judges in Florida doled out longer sentences to black defendants than to white defendants who committed the same crimes. And prosecutors more frequently increased charges for black people caught with drugs in drug-free zones. As a result, black people spent nearly two-thirds more time behind bars than white people convicted of the same crime.

Felony sentences in Florida are determined by a scoring system, but in some cases judges can offer a defendant a lesser sentence if there are “mitigating factors,” such as showing remorse or cooperating with the state. As a result, defendants can look the same on paper, but receive dramatically different sentences. The new law makes judges’ sentencing practices searchable online, where they could have repercussions the next time judges are up for election.

Bob Dillinger, the public defender in Pasco and Pinellas counties, said that the new law won’t illuminate factors that may have justifiably influenced the judges. “It’s hard to say cases are apples to apples and oranges to oranges,” he said. “Judges consider employment history, mental health, prior criminal records. Someone who is 18 with no prior felonies isn’t the same as someone who was in and out of juvenile detention.”

Across the state, judge’s sentencing habits vary. “The judges reflect the community,” Dillinger said. “It’s nice to shine its light on disparity, but I don’t know as humans if we can eliminate disparity.”