The U.S. Prison Population is Shrinking

In 2018, the number of prisoners hit a nine-year low. But some states are resisting the trend. 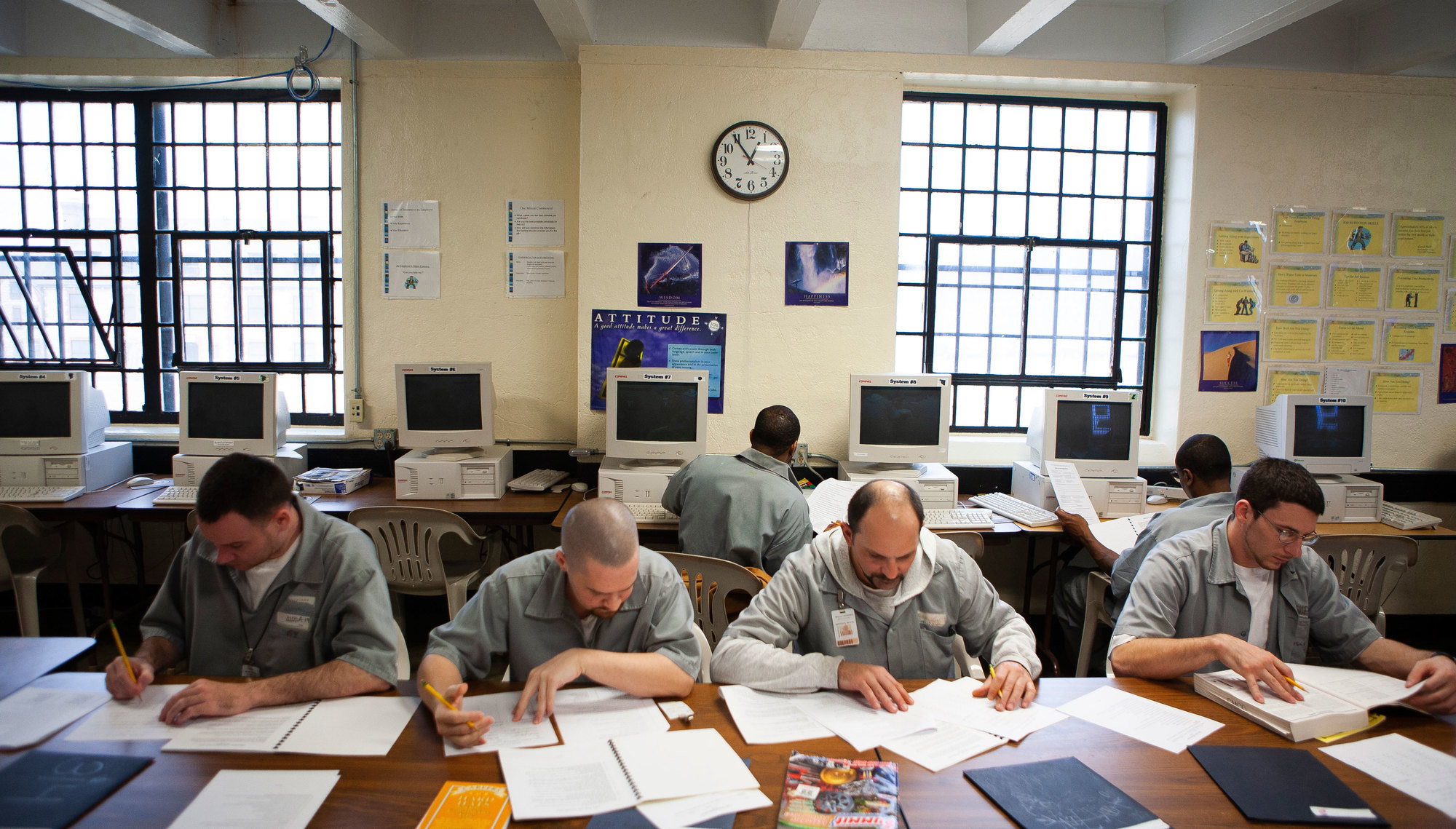 Prisoners at the Algoa Correctional Center in Jefferson City, Mo. New data found that Missouri reduced its prison population by nearly 7 percent last year, even though violent crime had been rising. Dilip Vishwanat
By Nicole Lewis
Graphics by Katie Park

The number of people in U.S. prisons fell to a nine-year low of just under 1.5 million last year, a 1.3 percent decrease, according to a report released today by the nonprofit Vera Institute of Justice.

The prison population declined in 31 states last year, bringing the number of people in state custody down to about 1.3 million. In the Federal Bureau of Prisons, which holds a smaller share of the nation’s prisoners, the population in custody edged down 1.6 percent to 180,000.

Advocates for prison reform have come to rely on Vera’s data as the federal reports are increasingly outdated. The Bureau of Justice Statistics compiles a comprehensive data set on people in prison, which includes demographic information. But because of budget cuts the latest report, released in 2018, covers prisoners in 2016. The 2017 data is set to be released on Thursday.

Timely data on the people in prison helps analysts and legislators understand where criminal justice changes are having the biggest impact, said Jacob Kang-Brown, one of the study’s authors. “This report shows whether states are following through and reducing the number of people that are locked up in prison,” he said, and which are “bucking the trend.”

Vera compiled prison population numbers for each year directly from the BOP and state corrections departments. If the numbers were not available online, they requested data from communications or statistics officials.

Researchers credit sentencing reductions and other criminal justice changes at the state and federal levels for the decline. In recent years many state legislators have passed measures to increase opportunities for probation and parole, and to lessen penalties for some crimes. Still, in several states incarceration is rising. In some instances, reforms have backfired. Many states have opted to use probation in lieu of incarceration only to wind up sending more people to prison for technical violations.

States with largest percent decrease in prison population from 2017-2018

In some states, crime rates have dropped to historic lows, which has also slowed the pace of incarceration.

New York experienced one of the largest single-year declines in prison population, continuing a decade-long trend. In 2017, the legislature did not pass any criminal justice measures that specifically addressed sentencing or the prison population. Yet between 2017 and 2018 the state incarcerated nearly 3,000 fewer people, as the prison population fell to roughly 47,000.

Crime in New York is at its lowest level since 1975, which prison officials say is behind the decrease in incarceration. Earlier this year, Gov. Andrew Cuomo announced plans to close up to three prisons as a result of the shrinking prison population.

Violent crime in Missouri, in contrast to New York, is rising, and the prison population steadily increased between 2010 and 2017. But for the past several years, lawmakers have been looking for ways to relieve their overcrowded and expensive prison system. In 2014, they passed a bill to reduce criminal sentences for the first time since the 1970s.

Prison officials credit the 2014 law changes, which went into effect in 2017, for reducing the number of state prisoners to about 30,000 last year, down from 32,000 the previous year. The new law reduced marijuana possession from a felony to a misdemeanor, which carries no prison time, and also cut sentences for some felonies.

After the landmark legislation went into effect, former Gov. Eric Greitens commissioned a taskforce to transform the state’s prison system and signed on the Pew Charitable Trusts and The Council of State Governments to help. In June 2018, Gov. Mike Parson signed legislation increasing mental health and substance abuse treatment for people on parole or probation, and adding a new state-run taskforce to combat violent crime.

States with largest percent increase in prison population from 2017-2018

To be sure, the prison population rose in 19 states. Texas, Indiana and Colorado had the largest overall increases, adding nearly 1,000, 900, and 400 new prisoners, respectively. Several states with relatively small prison populations, including Wyoming, Iowa and Vermont, had the largest one-year percentage changes. Indiana had one of the largest such increases at 3.3 percent, bringing its prison population to roughly 27,000 people. With the devastation of the heroin epidemic in the background, prosecutors in rural counties have been pushing for lengthy prison sentences. As a result, one county in Indiana “sent more people to prison per capita than nearly any other county in the United States,” according to a 2016 analysis by The New York Times.

“The focus has to-date been primarily on individuals convicted of drug and property offenses, or those revoked for probation or parole violations,” Horowitz said.

Now states are realizing they might have to go further, and think about other kinds of crimes, such as those involving violence, as well as the primary reasons why people enter the prison in the first place, he said.