More Immigrants Are Giving Up Court Fights and Leaving the U.S.

‘Voluntary departure’ applications surge as immigrants decide it’s better to return to their native countries than languish in a detention facility. 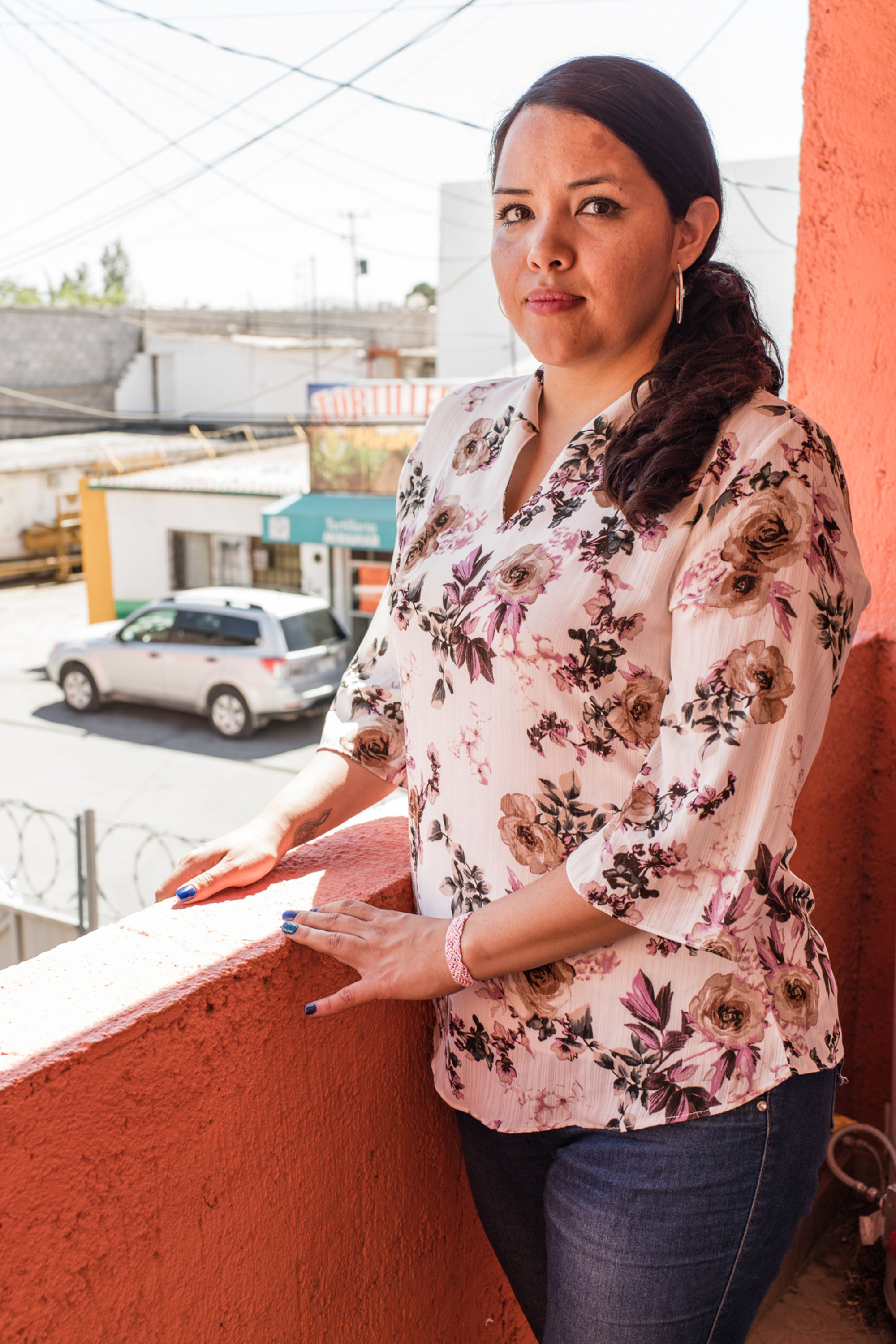 Alejandra Garcia Zamarrón, a mother of three American citizens, had lived in the United States for nearly 20 years when a police officer pulled over the unregistered vehicle she was riding in.

Georgia was her home, the place where she'd lived for years and raised her family. But when she found herself locked in the Irwin County Detention Center, she had few options to stay. She'd been brought to the U.S. as a child, but her protected status as a childhood arrival had expired. And she had given a fake name and date of birth to the police officer who stopped her, a misdemeanor that put her at greater risk of deportation.

This story was published in partnership with Politico.

Zamarrón, 32, initially vowed to fight her removal to Mexico as long as she could. But as the months in detention dragged on, she changed her mind and asked for “voluntary departure,” which would allow her to leave the U.S. without a deportation on her record. “My family decided the best bet was for me to leave and fight from the outside,” Zamarrón said in a phone call from the detention center, before she returned to Mexico in November.

The number of immigrants who have applied for voluntary departure has soared since the election of Donald Trump, according to new Justice Department data obtained by The Marshall Project. In fiscal year 2018, the number of applications doubled from the previous year—rising much faster than the 17 percent increase in overall immigration cases, according to data from the Transactional Records Access Clearinghouse at Syracuse University. The numbers show yet another way the Trump administration’s crackdown on immigration is having an impact: More people are considering leaving the U.S., rather than being stuck in detention or taking on a lengthy legal battle with little hope of success.

Starting shortly after Donald Trump's inauguration, more and more immigrants facing removal asked to leave the country rather than be deported. Last year, the number who asked immigration courts to be allowed to leave voluntarily more than doubled from the year before.

Last year, voluntary departure applications reached a seven-year high of 29,818 applications. In the Atlanta court, which hears cases of Irwin detainees like Zamarrón, the applications grew nearly seven times from 2016 to 2018.

The increase in applications for voluntary departure could be seen as a win for the Trump administration, which has made it a goal to get undocumented immigrants out of the country and reduce the looming backlog of immigration cases. Indeed, the Justice Department has published the growing number of voluntary departures alongside deportations as a sign of a “return to the rule of law” and that Trump’s approach is working. But it is also a sign of how broad immigration enforcement has become, sweeping up the criminals Trump talks about alongside parents like Zamarrón who have little to no criminal history, as voluntary departure is only open to immigrants without a serious record. When Mitt Romney once shared his plan to have people “self-deport,” he meant it as an alternative to ramping up enforcement power. But the recent spike in voluntary departure has come only with an increase in arrests and in detention.

Under immigration law, voluntary departure is considered a kind of privilege. If you are deported, you have to wait years to apply for a visa to re-enter the United States, but those who leave voluntarily don’t have the same wait. And you don’t face serious prison time if you are caught without legal status in the U.S.

But voluntary departure is a last resort for many undocumented immigrants, because it means leaving their longtime homes and often their families in the United States without any clear prospect for returning. And those who take the option usually have to pay their own way. Those flights can cost thousands of dollars, because immigration officials require a special kind of ticket that can be changed at any time.

Several factors are probably responsible for the surge in the number of applications for voluntary departure, experts say. Immigration and Customs Enforcement (ICE) has increasingly gone after immigrants who have no criminal backgrounds—those who are more likely to qualify for voluntary departure. Because of the growing backlog of immigration cases, judges and Department of Homeland Security attorneys may feel pressured to resolve cases quickly and offer voluntary departure instead of dragging out multiple appeals.

“I would definitely think that some of it might be related to judges trying to keep up with their production quotas,” said former immigration judge Paul Wickham Schmidt.

The Executive Office for Immigration Review—the Justice Department office in charge of immigration courts—declined to comment on the increase in applications. “Using metrics to evaluate performance is neither novel nor unique to EOIR,” spokesperson Kathryn Mattingly said in an email. “The purpose of implementing these metrics is to encourage efficient and effective case management while preserving immigration judge discretion and due process.”

ICE spokesperson Brendan Raedy said that many apply for voluntary departure so they don’t have to wait to apply to re-enter the country. “In addition, voluntary departure generally provides far more time to make necessary arrangements than for those who are ordered removed,” he wrote in an email.

Attorney Marty Rosenbluth, who represents clients in the immigration court at the Stewart Detention Center in Georgia, said more of his clients from Mexico are considering voluntary departure because of the danger involved in deportation. At Stewart, one of the country’s most remote detention centers, the number of applications last year was 19 times what it had been in 2016. “It’s largely a safety thing,” Rosenbluth said. In deportations, “ICE just dumps you at the border, and you’re on your own,” he said. If they’re granted voluntary departure, individuals are able to fly into Mexico City or closer to home.

Immigrants may also be increasingly aware of voluntary departure as an option, and of the slim chances of winning a case from detention. “Detainees talk to each other,” said Trina Realmuto, a directing attorney for the American Immigration Council, a pro-immigration nonprofit. “The one guy fighting his case is going to say, ‘I’ve been here a year and nobody wins.’ There are legal factors, and there’s human factors.” 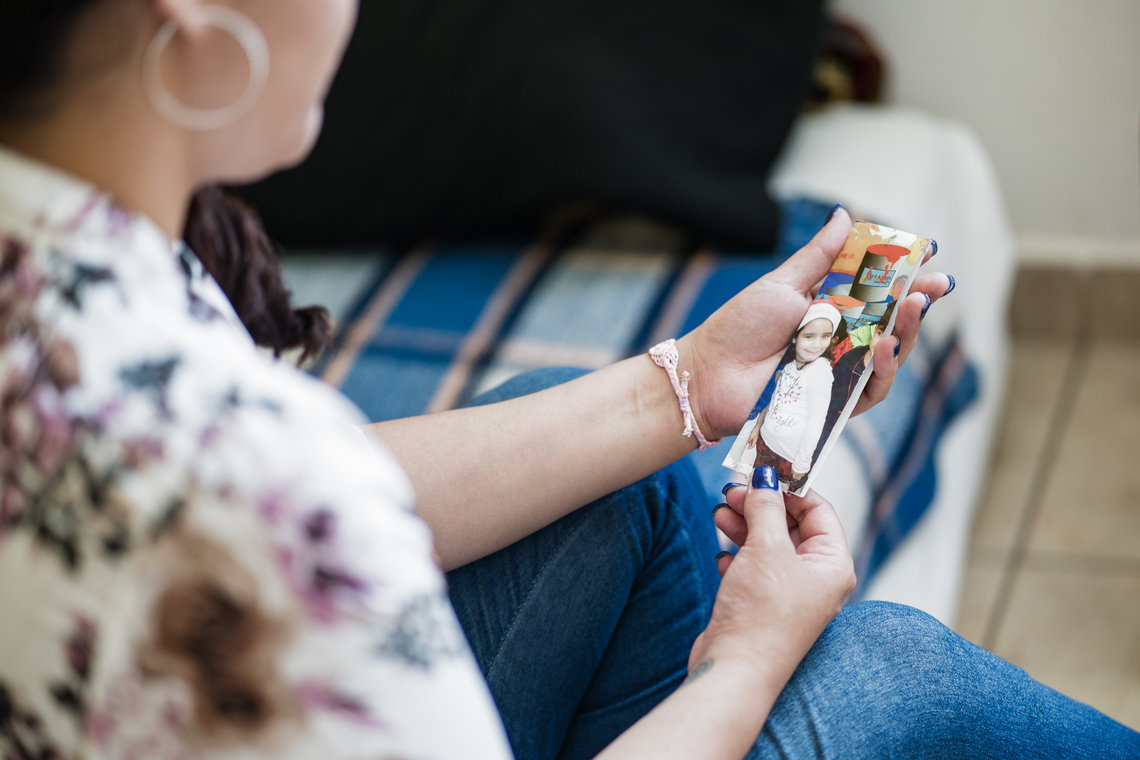 While Alejandra Garcia Zamarrón has left for Mexico to avoid detention, her youngest daughter is still living in Georgia.

Mark Locki for The Marshall Project

Zamarrón’s request for voluntary departure came as a surprise to her legal team. “She had been saying for months and months, ‘I’m going to fight this,’” said attorney Laura Rivera of the Southern Poverty Law Center, who worked on Zamarrón’s case. “It speaks to the desperation of people in detention that they’d be trying to sign up in droves for this thing that actually causes them to be removed. They’ve got to be thinking that there’s no way out.”

Before she returned to Mexico, Zamarrón said she was driven by the need to have more contact with her family than she was able to have in detention. “When I come out I’ll be able to have more communication with them, FaceTime with them,” she said. “I didn’t want to wait. I’m ready to see my baby’s face.” From Mexico, she recently video-called into her 13-year-old daughter’s baptism. She hopes to apply for a U-Visa as a victim of domestic violence and sexual assault, and at the very least, have her 17-year old son petition to bring her to the United States after he turns 21.

Zamarrón said many of the women she was detained with were also considering voluntary departure. “They’re tired of living in here, of dealing with ICE, dealing with guards, dealing with the injustice … They give up. They’d rather be deported than fight for their case,” she said. “We’re not criminals, we just don’t have options.”