Stun belts are intended to keep control in the courtroom, but some judges use them to inflict punishment. 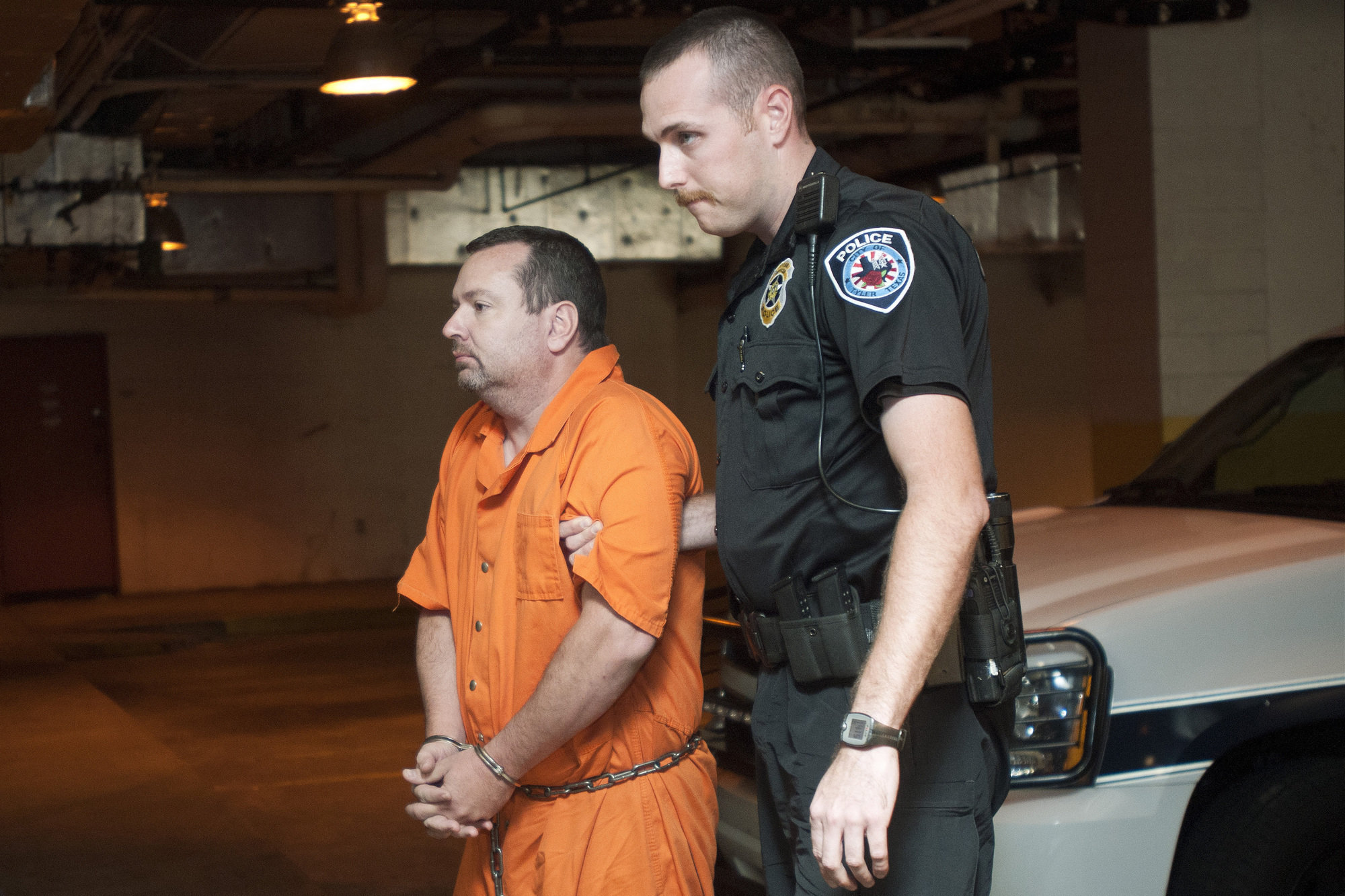 James Calvert had been a difficult defendant. On trial in 2015 on charges of murdering his wife and kidnapping his son, Calvert had chosen to represent himself, but was having trouble following the judge’s instructions to stand up when addressing the Smith County court in East Texas.

Heightening the tension, Calvert, who was considered a security risk, wore an electronic stun cuff on his right leg capable of delivering an extended jolt of 50,000 volts. Throughout the trial, Judge Jack Skeen had threatened to activate it.

“If I’m sitting here, I’m no security threat,” Calvert said, according to court records cited in an appeal later filed by Calvert’s lawyer.

“I’m not talking a security threat,” Skeen replied. “I’m talking about you listening to me.”

Later, Skeen ordered Calvert to sit down and then, a moment later, to answer a question. When Calvert again failed to stand up to address the judge, an officer activated the device, according to court records. Calvert screamed for five seconds. “I’m sure the Court very much enjoyed that,” he said. Skeen then revoked Calvert’s right to represent himself.

Calvert, who was convicted and sentenced to death, is now appealing his sentence in part on the grounds that the shock violated his constitutional rights to a fair trial and self-representation.

“The trial court had lesser alternatives, and allowing bailiffs to use a 50,000-volt shock device in these circumstances shocks the conscience,” Calvert’s lawyers said in the pending appeal. (Calvert’s lawyer for the appeal and Skeen both declined to comment.)

In recent years, other defendants have also charged that judges abused electronic restraint devices, and courts have ruled in their favor — drawing attention to how and why shocks are administered.

Last year, a Texas appeals court reprimanded a judge for “barbarism” after he ordered a defendant shocked three times for making objections. The appeals court sent the case back to the lower court for retrial.

And, in 2016, a Maryland judge was ousted from office for shocking a defendant who did not stop talking when asked, leaving the man hollering on the ground in pain while the court took a recess.

First introduced in the early 90s, electronic restraints — vests, belts, wrist and ankle cuffs — have been employed in at least 30 states, according to an Amnesty International report.

People who have been shocked by the devices say they inflict terrible pain. One person described the shock as causing “excruciating pain as if a long needle had been inserted” into his spine and skull. Another said, “I thought that I was actually dying.”

Manufacturers argue that electronic restraints increase courtroom safety and point to cases like that of Brian Nichols, a man on trial for rape in 2005 who overpowered an officer and killed four court officials, including the judge.

The temporary pain inflicted by an electronic restraint device can distract disruptive individuals, allowing officers to gain control with less risk of harming themselves or others, according to Lieutenant Kevin Stuart, president of the Texas Jail Association and a law enforcement officer in Brazos County, Texas.

“If you didn’t have that and it is a struggle, you end up with inmates that get hurt and officers that get hurt,” Stuart said. “It’s a tool, but it has to be used correctly and in the right circumstances.”

The European Trade Commission, the United Nations and Amnesty International have all called for the ban of electronic restraints. Manufacturers and critics alike note the psychological impact of the devices, and one court found that wearing a stun belt has a “chilling effect” on the ability of defendants to participate meaningfully in their trials.

The use of electronic restraints raises constitutional issues other than the cruel and unusual punishment their critics say they inflict. Though these devices can be hidden under a pant-leg or shirt cuff, they may still be noticeable to a jury. In 2017, a federal appeals court overturned a death sentence for a man convicted of triple murder, stating that the visible use of the stun belt during the sentencing stage “contaminated” the trial.

When defendants are shocked — triggering screams and involuntary movements — they are likely to seem more dangerous to jurors, said NYU law professor Paul Chevigny. “It seems difficult for me to see that under those conditions the defendant is getting a fair trial,” Chevigny said. “The jury is terrified of you and the situation and think you must be some kind of monster.”

Over the years, defendants have sometimes been shocked accidentally at key moments, leading to mistrials. Others, following a shock, have been too scared to return to the courtroom or have missed participating in their trial while recovering, infringing upon their right to be present at all stages of their trial. Research has also shown that 50,000 volts of electricity can impair brain function for up to an hour and can even trigger cardiac arrest.

If the shock was intentional, the question becomes whether the use of force was “objectively reasonable,” according to Seth Stoughton, a law professor at the University of Southern Carolina and former police officer.

“If judges aren’t being properly trained, then they should have no control over whether and when that tool is used,” Stoughton said.

Smith County judges are not trained in the use of stun cuff devices, according to the county sheriff department’s public information officer, Larry Christian. Calvert’s case is the only time the device has ever been activated in Smith County, although the sheriff’s department has used stun cuffs since 2011 and owns six. Smith County does not keep records for when stun cuffs are worn. (Myers Enterprises, which manufactures the stun cuffs used by the county, declined to comment.)

County officers authorized to use stun cuffs are required to go through training and are only allowed to use them “to overcome active resistance” or when “active aggression is an immediate or credible threat to the safety of the deputy(s), the public” or the defendant, Christian wrote in an email.

The devices should not be activated for any reason other than in response to an immediate physical danger, said Brian Dillard, head training instructor for NOVA Products, maker of the RACC stun belt, which is used in at least eight states and more than 100 counties.

All law enforcement agencies that purchase NOVA stun belts and vests are required to go through training and receive certification in their use, Dillard said. Officers are encouraged to talk with judges and lawyers before trial to explain when they can and cannot activate the stun belt.

If a judge orders a shock out of irritation with the defendant, law enforcement officers are trained to disregard the order, Dillard said: “It is not a lawful order just to authorize the device on someone who is being verbally disrespectful.”

There is no uniform policy for the use of electronic restraint devices. Some states, like Oklahoma, require courts to explain the reason for using a shock device, with the explanation to be entered into the court record. An appeals court in Texas found that defendants must explicitly object on the record to wearing a belt, otherwise they cannot later challenge it. Indiana, meanwhile, has banned stun belts outright.

In most places, use of stun belts and cuffs remains up to judges and court officers. As Skeen warned Calvert: “They will use whatever means they have to control you.”