Is It Time to Remove Immigration Courts From Presidential Control? 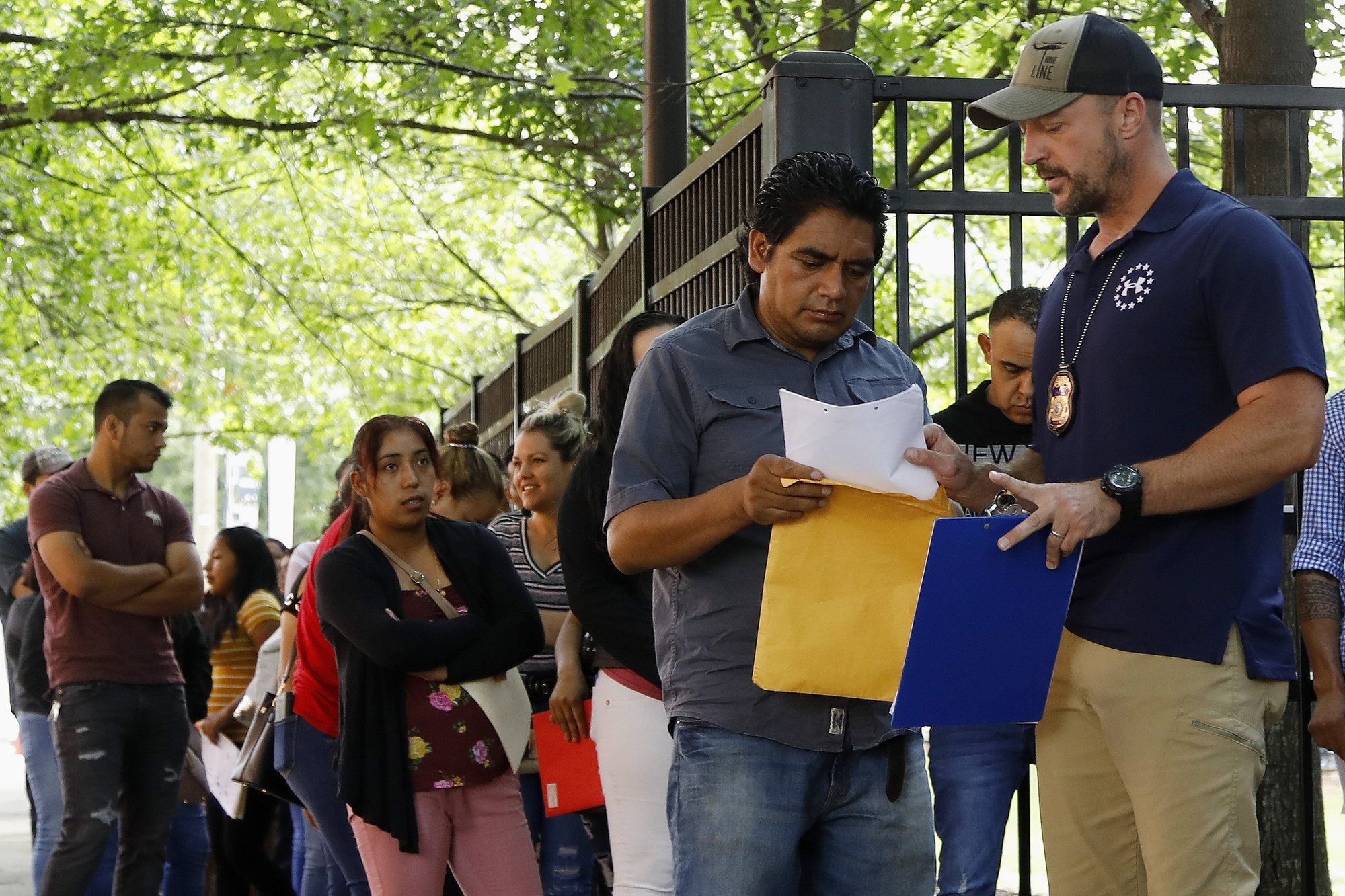 A string of directives from President Donald Trump’s Justice Department that have reduced the authority of immigration judges and limited their control of their courtrooms has given new urgency to calls for a complete overhaul of the immigration courts.

Those courts now exist within the Justice Department and answer to the attorney general. Proposals for Congress to exercise its constitutional powers and create separate, independent immigration courts have long been dismissed as costly pipe dreams. But under Trump, judges and others in the court system say they are facing an unprecedented effort to restrain due process and politicize the courts with the president’s hard line on immigrants and demands for deportations.

“It’s time for the Department of Justice and the immigration courts to get a divorce,” said Jeremy McKinney, an attorney who is a vice-president of the American Immigration Lawyers Association.

In a letter in July, the immigration lawyers joined the American Bar Association, the Federal Bar Association and the immigration judges’ union to call on Congress to “establish an independent court system that can guarantee a fair day in court.” The idea is percolating in the Democratic presidential contests, with three candidates—Julián Castro, Beto O’Rourke and Sen. Elizabeth Warren—presenting specific plans. Another candidate, Sen. Kirsten Gillibrand, drafted a bill last year to make the change.

The chairman of the House Judiciary Committee, Rep. Jerrold Nadler, a Democrat from New York, said he will hold hearings on the proposals this fall. There is little chance such a plan would have traction in the Republican-controlled Senate.

Under the proposals, the immigration courts would become a stand-alone agency that would not be run or controlled by outside officials, with the goal of insulating judges from political pressure by any administration.

Department of Justice officials say they are working on a fast track to modernize courts that have been relegated to institutional backwaters. They oppose any plan to separate the courts, saying it would create a bureaucratic and legal morass that would do little to resolve massive backlogs and other chronic problems.

The costs and logistical hurdles “would be monumental and would likely delay pending cases even further,” said Kathryn Mattingly, a Justice Department spokeswoman. The proposals present “significant shortcomings, without any countervailing positive equities,” she said.

But several judges, including three who spoke anonymously because they are not authorized to make public statements, said the Trump administration has pushed the courts too far. The latest salvo emerged from a thicket of legal language in a rule issued Monday by the Justice Department. In a major change, it gives the official in charge of running the courts, who is not a sitting judge, the last word in appeals of some immigration cases. It also gave that official—the director of the Executive Office for Immigration Review, the formal name of the immigration court agency—expanded power to set broadly-defined “policy” for the courts.

The judges’ union reacted with alarm. Judge Ashley Tabaddor, president of the National Association of Immigration Judges, said the rule “removes any semblance of an independent, non-political court system.”

The judges’ association was already reeling after receiving what amounted to a declaration of war on Aug. 9, when the Justice Department filed a decertification petition that would bar judges, who are department employees, from being represented by the union.

Late last year the current director of the courts, James McHenry, under pressure from the White House, ordered judges in 10 busy courts to give priority to cases of families seeking asylum, pushing those cases to the front of their dockets while postponing others. Many judges are frustrated with the “rocket dockets,” finding that they deny many immigrants time to prepare for hearings while unreasonably delaying other cases, further stretching out backlogs.

In recent months McHenry, citing budget constraints, began to limit the availability of language interpreters for initial hearings, where judges see immigrants who speak many different languages. Translators have been replaced with videos providing boilerplate explanations of an immigrant’s rights. Judges said the videos are befuddling to immigrants in their first encounter with the court, and take away time for judges to address each person individually.

What really antagonized many judges was the imposition of quotas for finishing cases, tied to their performance reviews. Since last October, judges must complete at least 700 cases a year, with less than 15 percent of decisions being sent back to them by appeals courts. Time limits were set for many other decisions.

To remind judges of their standing, Justice officials designed a speedometer that sits on judges’ computer screens, with green marking numbers of decisions that meet the metrics and stoplight red indicating where they are lagging.

“So you sit down and you see that dashboard staring at you, updated every day, and you have 50 motions on your desk to decide whether to continue a case,” said Denise Noonan Slavin, who retired as an immigration judge in March after 24 years on the bench. The metrics, she said, inevitably discourage judges from granting more time for cases, even if an immigrant presents a valid argument.

“If judges get into that red, they can lose their job,” Slavin said.

Last October the Justice Department initiated performance metrics for immigration judges (referred to as IJs), setting benchmarks that they must complete at least 700 cases a year and finish other decisions within certain time limits. Speedometers sit on judges' computer screens, with green showing they are on track with their cases and red signaling they are far behind.

Most proposals to reconfigure the courts would have Congress act under Article One of the Constitution. The courts would become a separate agency governed by judges, but would remain within the executive branch. There is no appetite for the vast costs and litigation it would take to move the courts to the federal judiciary.

Reformers cite the example of the tax court, which Congress set up in 1969 to have independent judges deciding federal tax disputes, taking them out of the grip of the Internal Revenue Service. Similarly, Judy Perry Martinez, president of the American Bar Association, said in an interview that the immigration courts cannot be fully impartial while they are subordinate to the attorney general, the nation’s top prosecutor.

The Federal Bar Association, which has written a model bill for the transformation, insists it would not be as daunting as it sounds. The bill is drafted “with the idea of simply lifting the courts,” and their budget, out of the Justice Department, said Elizabeth Stevens, chair of the organization’s immigration law section. Under this plan, the courts would remain in existing facilities and current judges would continue to serve for four years before being re-appointed by Senate-confirmed appeals judges to serve in the new system.

Proponents have a harder time explaining how the transition would avoid even more of a bureaucratic sinkhole than existing courts, where the backlog stands at more than 930,000 cases. But Slavin said independent judges would take back their ability to manage cases efficiently, which she said micromanagement under Trump had eroded.

Advocates have few illusions that Trump and a Congress locked in immigration feuds will address their complaints soon. But they want to get the issue on the election year agenda, contending that Democrats and some judicial conservatives among Republicans could vote for an eventual bill.

The Justice Department can be expected to resist. But McKinney, from the lawyers association, said that with the sense of siege in the courts, “Suddenly something that was a dream or a theory is becoming something that could become a reality.”