Can We Fix Mass Incarceration Without Including Violent Offenders?

Half of America’s prisoners are in for violent crimes, but reforms often leave them behind.

By Jamiles Lartey
The Lowdown breaks down the rituals and routines of the criminal justice system.

Alice Johnson and Walter Johnson are not related, but do have a few things in common besides a surname. In 1996, both were separately convicted on drug-related charges and sent to federal prison. Both are black, and were sucked into the criminal justice system at the height of the nation’s racially discriminatory and punitive response to crime and drug waves that crested in the early 1990s. Over more than two decades in prison, both embraced rehabilitation programs, maintained good discipline, and came to view themselves as utterly reformed.

That’s about where the comparison begins to trail off, though—at least according to most of the ongoing discourse on crime and redemption. Alice Johnson was a first-time offender, convicted of nonviolent drug trafficking crimes. Last year, the Tennessee grandmother became a cause célèbre when Kim Kardashian West successfully lobbied President Donald Trump for her release. In his State of the Union address this year, Trump said Johnson’s story “underscores the unfairness and disparities that can exist in criminal sentencing, and the need to remedy this total injustice.” 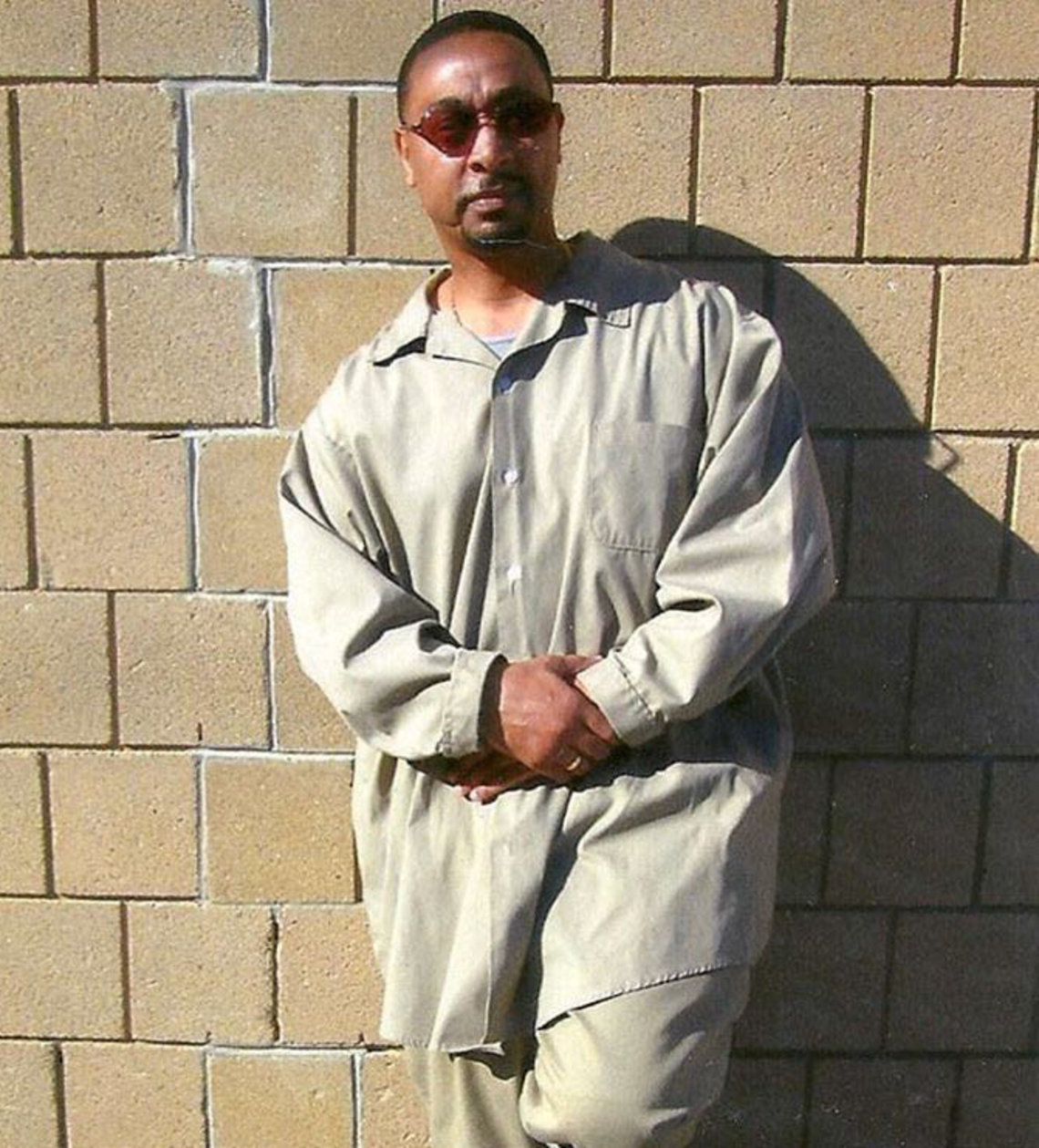 Walter Johnson is, by contrast, a stick-up legend and perhaps “Brooklyn’s most storied hustler,” as author Ethan Brown describes him in the book “Snitch.” His substantial criminal career included the armed robbery of some 300 worshippers at a Jehovah’s Witness hall in East New York in 1982, when he was 19. In 1996, Johnson became the first New Yorker put away on federal “three strikes” laws meant to stop habitual offenders.

Historically, that’s been enough difference to completely dictate the way politicians talk, or don’t, about people like the two Johnsons, and whether or not they are entitled to a second chance at life on the outside. In the 2020 Democratic primary, things are messier. While relief for “non-violent” offenders remains a staple of talking points and campaign platforms, several candidates are also beginning to wrestle publicly with the question of what to do about violent offenders, amid a party-wide progressive swing on criminal justice policy.

These conversations have yet to produce comprehensive proposals aimed specifically at violent offenders, who make up roughly half the nation’s prison population. But advocates say reversing mass incarceration is impossible without including them, and the idea should not scare politicians or the public. They point to growing research that indicates most people “age out” of violent crime after their 20s and 30s, and to the fact that many states classify as violent some drug crimes and other offenses most Americans do not consider violent.

But what to do about violent offenders is becoming part of the discussion, albeit a small part. Take California Senator Kamala Harris, who before dropping out of the race said her administration would study “how best to hold individuals convicted of violent offenses accountable.” Her proposals noted that long sentences are not proven to be particularly effective.

The ACLU’s smart justice campaign asked candidates whether or not they would commit to working towards a 50 percent reduction in incarceration, and almost all have agreed to the target number. “We can do it more than that,” Biden said in July. Doing so, as a simple matter of mathematics, would involve releasing people convicted of violent crimes.

Incarcerated people like Walter Johnson see that as hopeful, and say that people convicted of violent offenses are too part of the tragedy and illogic of mass incarceration. “When they only elaborate on non-violent criminals it hurts me deeply because the majority of the people in politics are trying to play it safe instead of going into the marrow of the issue,” Johnson said in an email conversation from the federal corrections facility in Otisville, New York.

Based on his criminal record alone, Walter Johnson would not be a politician’s idea of a poster child for release. After the Kingdom Hall robbery, which sent him to prison for a few years, Johnson went in again for another armed robbery, according to his attorney. In 1993, Johnson was the rare case of a black man who avoided conviction in a shootout that left an undercover cop injured, after he claimed self defense. In 1994 he even became a character in hip-hop infamy as one of the rumored assailants who robbed and shot Tupac Shakur in New York, a crime for which Johnson was never charged, and has consistently denied. Two years later he was convicted of what became his third strike: a 1995 armed robbery of a Brooklyn drug dealer.

But judged by his time in prison, the picture shifts. Johnson graduated from, and now teaches, a victims’ impact class at Otisville, instructing other incarcerated men on the trauma their behavior has caused. He’s earned well over 100 program certificates on topics ranging from work skills to conflict resolution. He keeps them all in a dense packet along with letters of commendation and support from inside the prison’s walls, like a 2010 letter from Warden J.M. Killian praising him for “modeling exceptional behavior” and “outstanding responsibility”. He’s finished reentry programming too, even though his life sentence means he may never put any of it to use. Johnson would seem to fit the mold of what rehabilitation looks like. Now in his mid-50s, statistics suggests he has also all but aged out of crime.

“The same exact guy who picked up a gun and committed a horrendous act could recognize their wrong and begin to reinvent themselves,” Johnson said. “Many of us who have committed violent crimes have evolved; we are no longer the mistakes we made.”

None of that counts for much though, when so much of the conversation about who gets out of prison revolves around how the law categorized a person’s original crime.

A distinction from the start

The violent/non-violent dichotomy reflects language that’s been baked into criminal justice reform since it began creeping into the political mainstream in the late 2000s. When President Barack Obama embraced justice reform during his second term, nearly all of his energy was focused on the politically safe group of “nonviolent drug offenders,” and such language was mirrored throughout the 2018 bipartisan First Step Act signed by Trump.

All of that is consistent with the findings in a 2018 report from the nonprofit advocacy group Opportunity Agenda, which analyzed more than 50 surveys and polls from 2014-16 about public opinion on criminal justice policy. The analysis found that a majority of Americans think it’s “important for the country to reduce its prison populations”, but also that “frequent labeling of crimes as ‘violent’ or ‘nonviolent’ in the public discourse may have created an unhelpful dichotomy in the minds of most Americans.”

Lucy Odigie-Turley, one of the researchers who worked on the report, said that so far, the Democratic candidates’ messaging “appears to be in line with public opinion trends,” adding: “Candidates seem heavily focused on short-term goals and are simply going with what is safe to say.”

Some candidates have started to shift the conversation. At a justice town hall in October, Cory Booker said of the violent/non violent separation: “we need to challenge that [distinction] publicly.” He noted for one, that the “violent” label has become “warped” from what the general public assumes it means, a point Elizabeth Warren echoed at another criminal justice forum last month. For example, in states like North Carolina and Minnesota drug crimes can be categorized as violent based on the quantity involved or location where they are committed. Warren said she “started out where everybody did, [saying] ‘let's talk about the non-violent offenders,’” but was startled to learn that “things that never would have crossed my mind as a violent offense get put on the violent side of the dividing line.”

Booker also added a broader point, that “saying ‘violent offenders’ and making these distinctions means that you don't think someone is worthy of redemption.”

Whether such realizations will lead to efforts that free large number of people convicted of violent offenses remains to be seen. Harris, for example, had proposed a commission to study the issue, but no specific measures. Booker, in his criminal justice platform, pledges to free large numbers of people, but only those convicted of “nonviolent drug offenses,” and to remove mandatory minimum sentences for that same group moving forward.

Udi Ofer, director of the ACLU’s smart justice campaign, said that while the embrace of the violent/non-violent distinction is “frustrating,” it’s worth taking note of some of the things candidates are avoiding saying too.

“Even though the candidates are not stressing proactively the fact that they're going to take on violent offenses, they're also not including carve outs in a lot of their messaging that I think in the past they would have,” Ofer said, such as clear exceptions for violent offenders. He pointed to support for “second look legislation” by a number of candidates, including Booker, who introduced a Senate version of the law this summer. Such a bill would allow anyone in federal prison for at least 10 years to ask a judge to take a “second look” at their sentence for possible sentence reduction or release.

Ofer also points to candidates who have indicated support for ending mandatory minimums, “and not saying only for nonviolent offenses,” which is true of roughly half the Democratic contenders. “I think the silence in those moments is actually a positive,” Ofer said. Indeed, some advocates of ending mass incarceration are hoping candidates will, at the very least, do just that: propose reforms that simply make no distinction between violent and non-violent crimes.

As for Walter Johnson, he maintains his innocence on the charge that put him away, the 1985 armed robbery. His claim is supported by accounts documented by Brown in “Snitch” of another Brooklyn hustler having claimed responsibility. Still, Johnson says he has arrived at a place of deep contrition for the many other crimes he admits he committed as a stick-up man.

“I did a lot of bad things to people that I would never imagine doing now,” Johnson said. “I've been reinventing myself within the federal system for years now and I'm finally feeling proud of the human being I'm becoming... I beg those who are favoring the non-violent over the violent offender to please look a little deeper and recognize the fact that we are all human beings capable of evolution.”