Embezzlement and selling drugs near a school are among the offenses some states classify as violent. 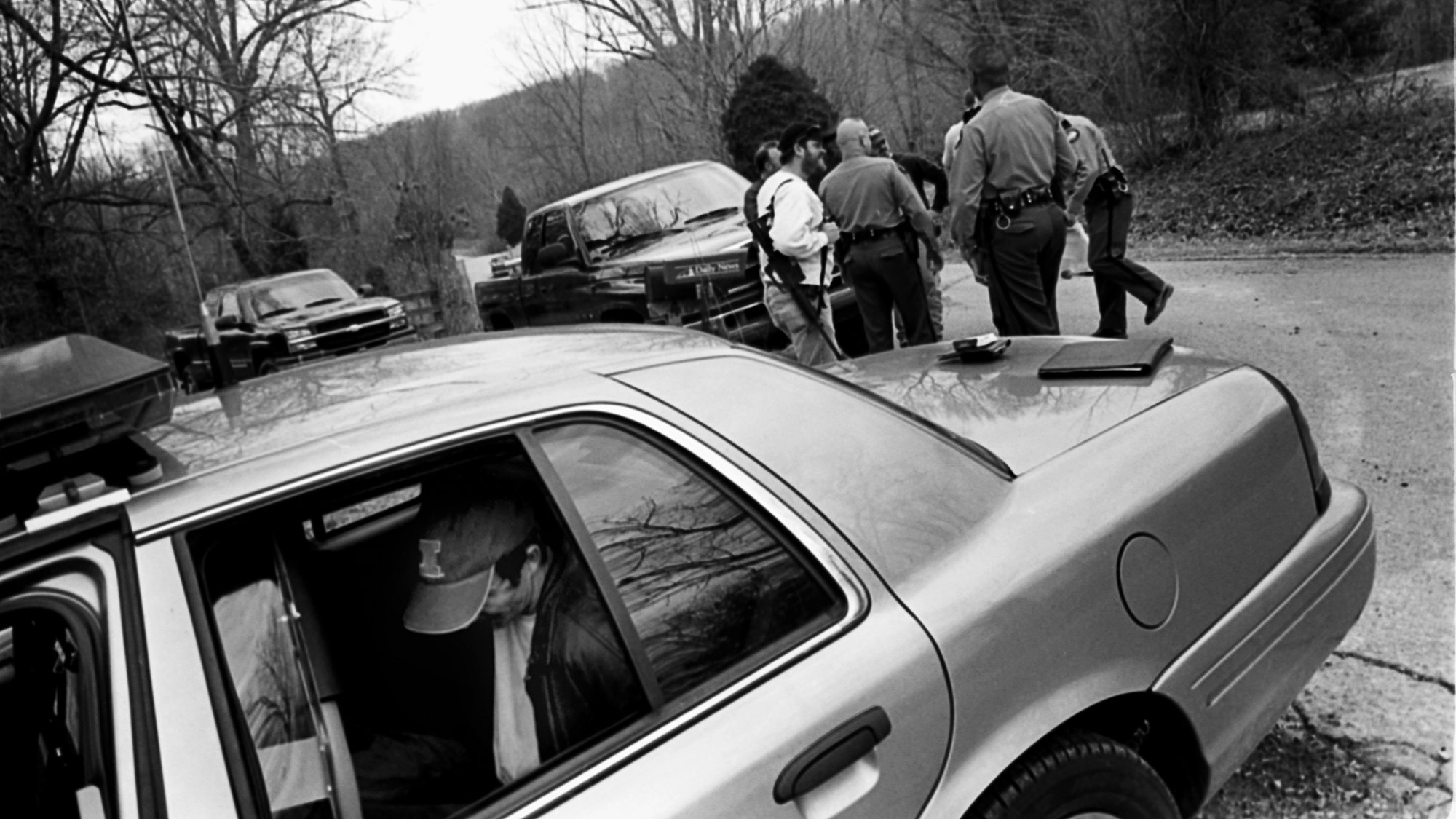 Police in rural Warren County, Kentucky, arrested a man and destroyed a tank that transported anhydrous ammonia for use in making methamphetamine, a crime that is classified as “violent” on second offense and can carry a prison term of 20 to 50 years. Edward Linsmier
By Eli Hager

If you’ve been following the efforts to reduce this country’s swollen jail and prison population, you’ve probably heard the phrase “low-level, nonviolent offenders” quite a few times.

For instance, the conservative Heritage Foundation explained in December that “our federal prisons house thousands of low-level offenders and America must do better.”

But as Dana Goldstein reported in a 2015 data analysis for The Marshall Project, freeing pot smokers and shoplifters won’t significantly reduce the incarcerated population—because more than 50 percent of state prisoners are behind bars for violent crimes, including murder, kidnapping and rape.

If you left the analysis there, the prospects of significant prison reform would seem daunting indeed, given that there’s just not a lot of public appetite for releasing murderers and sex offenders from lockup.

Yet in reality, many of the “violent offenders” in U.S. prisons are there for crimes that not everyone would classify as violent.

According to a Marshall Project survey of all 50 states’ laws, you can get charged and convicted as a violent criminal in more than a dozen states if you enter a dwelling that’s not yours. That might seem like a property crime, but it’s often deemed a violent one: burglary.

Similarly, purse snatching is considered a “violent” offense in several states. So are the manufacture of methamphetamines and theft of drugs.

Our survey of statutes yielded even more surprising examples. In Kentucky, committing “Possession of Anhydrous Ammonia in an Unapproved Container with Intent to Manufacture Methamphetamine” a second time puts you in a “violent” category under the law—and you’ll face 20 to 50 years in prison. In Minnesota, aiding an attempted suicide is listed as violent, as is marijuana possession (depending on the amount). In North Carolina, trafficking a stolen identity and selling drugs within 1,000 feet of a school or playground are both violent crimes, according to the state’s “habitual violent offender” statute.

And in New York, it’s deemed a violent felony to simply possess a loaded gun illegally—with “loaded” defined as simply being in possession of bullets.

These crimes differ from ones like accidental vehicular homicide or “felony murder,” in which the perpetrator never intended to hurt or kill someone but still did, or participated in doing so.

Those classifications aren’t just semantics: When a crime is described as “violent,” there are all kinds of consequences for incarcerated people. Anyone convicted of such offenses can face longer mandatory-minimum sentences, the triggering of “three-strikes-you’re-out” and “habitual violent offender” penalties and, in immigration cases, are at risk of deportation.

They can also be disenfranchised at the ballot box: Some states let certain nonviolent ex-prisoners vote, but not violent ones. And they are often placed in different housing behind bars, according to their supposed violence level.

Rethinking whether these kinds of crimes should be considered violent would change the conversation about what must be done to cut the incarcerated population, some advocates of prison reform say.

In Minnesota, approximately 3,092 prisoners out of a total imprisoned population of 9,849 were locked up for “violent” crimes that, on second glance, might not seem all that violent, according to a Marshall Project analysis of July 2018 data. These include burglary—entering a building without consent and with the intent to commit a crime—and drug crimes.

In North Carolina, a significant portion of those behind bars—7,532 of about 35,700 total prisoners—were incarcerated as of 2018 for crimes deemed violent according to the state’s habitual violent offender law.

These include “habitual breaking and entering,” trafficking in stolen identities, embezzlement of large amounts of money and obtaining property by false pretenses, as well as drug dealing.

If those convicted of such offenses ever get re-arrested, they could, at the bail hearing, be considered to have a violent criminal history—and therefore be sent to jail instead of getting released on bond or supervision.

If they are later released but fail a urine test, they could be returned to prison as a violent offender, even though testing positive for drugs is not a violent crime.

Of course, prosecutors often allow defendants to “plead down” their crimes, leading to the incarceration of some people for, say, burglary, when they may have actually committed robbery. But the crime they were convicted of is what counts. The justice system doesn't consider prisoners to be incarcerated for something that a judge or jury didn’t find them to have done.

Moreover, prosecutors often "up-charge," too—for example, they may charge the act of getting into a bar fight as “assault with intent to kill,” or say that holding someone up with a squirt gun is armed robbery.

Phillip Kopp, an assistant professor of criminal justice at California State University, Fullerton, said that at the very least, rethinking whether the crime of burglary is “violent” would reframe our understanding of who exactly is in our prisons—and who should potentially be let out.

“Burglary just means entering a structure with the ‘intent’ to commit some kind of crime therein—even if you step right back out and nothing else happens,” he said. “It’s just going inside; anything you do additionally, like robbery, would be charged as an additional offense.”

We should ask ourselves why exactly that’s considered violent, he said.

Kopp acknowledges that some burglaries are categorized as violent because of the implied threat of force, or the potential of inflicting psychological violence upon a victim who comes home to see that his or her personal space has been invaded.

But in this country, he pointed out, only about 3 percent of the millions of burglaries that take place every year involve any actual violence against a human being.

Thinking about how better to punish such crimes—rather than just focusing on shoplifting and low-level drug possession—might be the next step for states that are serious about prison reform.