Too Old to Commit Crime?

Why people age out of crime, and what it could mean for how long we put them away.

Dzhokhar Tsarnaev is facing the death penalty or life in prison for the Boston Marathon bombing. But what if, instead, the maximum prison sentence were just 21 years?

That was the sentence that Anders Behring Breivik received in 2012 after killing 77 people, most of them teenagers attending a summer program, in Norway in 2011. It was the harshest sentence available. That doesn’t mean Breivik will ever walk free. Judges will be able to sentence him to an unlimited number of five-year extensions if he is still deemed a risk to the public in 2033, when he is 53.

The idea of a 21-year sentence for mass murder and terrorism may seem radically lenient in the United States, where life without parole is often presented as a humane alternative to the death penalty. Yet in testimony last week to a congressional task force on reforming the federal prison system, Marc Mauer, the director of the Sentencing Project, an advocacy group, suggested exactly that approach. He made the case for a 20-year cap on federal prison terms with an option for parole boards or judges to add more time if necessary to protect the public.

Such a policy would “control costs” in a system that is now 40 percent over capacity, Mauer told the task force, and would “bring the United States more in line with other industrialized nations.” 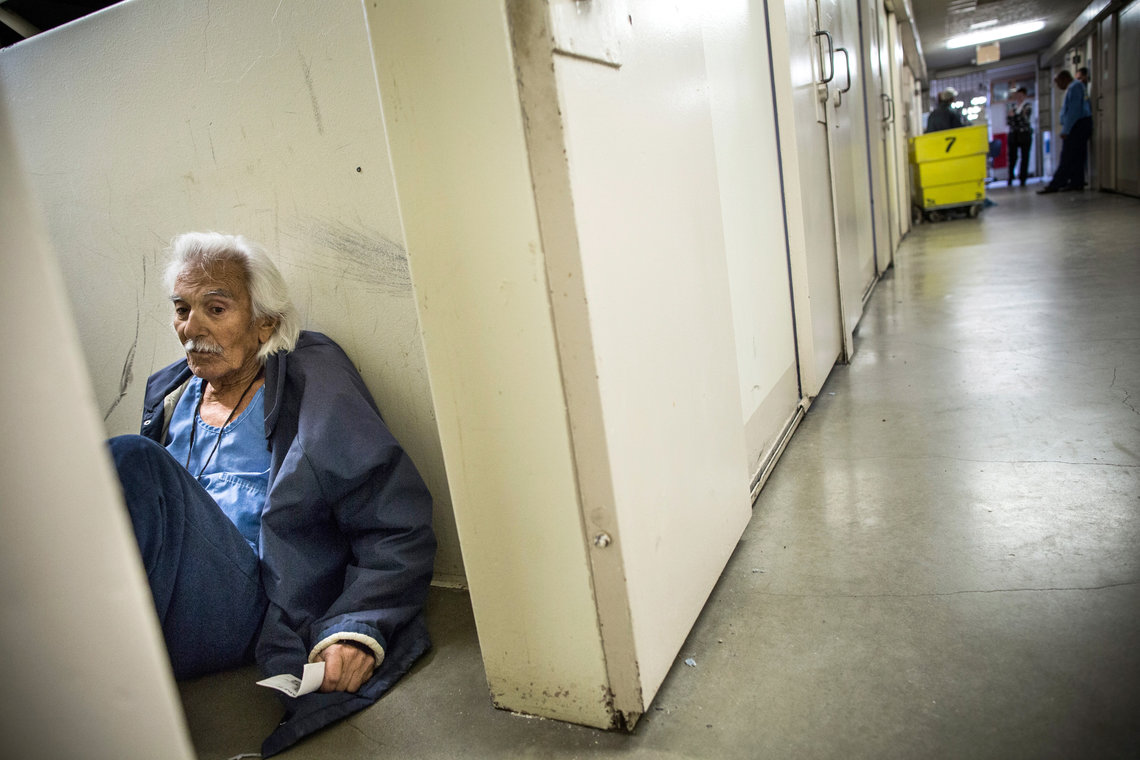 Anthony Alvarez, now 82, waited for the daily prisoner count at the California Men’s Colony in San Luis Obispo in 2013. He said he had been imprisoned for four decades.

This proposal has little chance of becoming law. But a compelling case can be made for it nonetheless. Research by American social scientists shows that all but the most exceptional criminals, even violent ones, mature out of lawbreaking before middle age, meaning that long sentences do little to prevent crime.

And criminal careers do not last very long. Research by the criminologist Alfred Blumstein of Carnegie Mellon and colleagues has found that for the eight serious crimes closely tracked by the F.B.I. — murder, rape, robbery, aggravated assault, burglary, larceny-theft, arson and car theft — five to 10 years is the typical duration that adults commit these crimes, as measured by arrests.

Property criminals, like burglars and car thieves, tend to stop in their 20s, while violent criminals are more likely to continue into their early 30s. Drug-crime careers can be lengthier, stretching into the mid-30s, yet long sentences have had little effect on the drug trade. “When you lock up a rapist, you take his rapes off the street. When you lock up a drug seller, you recruit a replacement,” Blumstein said.

Criminal careers are short for a number of reasons. Neuroscience suggests that the parts of the brain that govern risk and reward are not fully developed until age 25, after which lawbreaking drops off. Young people are more likely to be poor than older people, and poorer people are more likely to commit crimes. (More affluent, middle-aged offenders who commit corporate crimes are a smaller group, about whom there is not much research.) Single and childless people break the law more often than married people or parents. Some crimes are simply too physically taxing for an older person to commit.

Regardless of why offenders age out of trouble, American sentencing practices are out of whack with the research on criminal careers. Between 1981 and 2010, the average time served for homicide and nonnegligent manslaughter increased threefold, to almost 17 years from five years. Over 10 percent of federal and state inmates, nearly 160,000 people, are serving a life sentence, 10,000 of them convicted of nonviolent offenses. Since 1990, the prison population over the age of 55 has increased by 550 percent, to 144,500 inmates. In part because of this aging population, the state and federal prison systems now spend some $4 billion annually on health care.

Incarceration also produces crime. Inmates learn new ways to break the law from fellow offenders. Prison also hurts their physical and mental health in ways that make them less productive when they are released.

In short, a sentence that outlasts an offender’s desire or ability to break the law is a drain on taxpayers, with little upside in protecting public safety or improving an inmate’s chances for success after release. Mauer’s proposal for a 20-year sentence cap, applied retroactively, would free 15 percent of federal prisoners — some 30,000, except for those few whom judges or parole boards might deem unfit to re-enter society.

This is much more aggressive than the Smarter Sentencing Act, a bipartisan proposal in Congress which would lower mandatory minimum sentences only for nonviolent drug crimes. Both the House and Senate versions of the bill keep mandatory minimum sentences of 20 or 25 years for third-time drug offenders, and most of the bill’s provisions would not benefit current inmates.

Of course, for many Americans the prison system is not only about preventing crime by getting criminals off the street, but also about punishment. Long sentences send a clear message that certain acts are unacceptable. Some conservatives who support sentencing reform say that Mauer’s proposal goes too far, offering a one-size-fits-all leniency to even violent offenders.

Mauer responds that given the immense scale and cost of incarceration, “modest reforms” would be insufficient. “How much punishment is enough?” he asked. “What are we trying to accomplish, and where does redemption come into the picture?”

Yet looking at the social science, one wonders if Mauer’s idea goes far enough. After all, 47 percent of federal inmates are serving sentences of more than 10 years — longer than the typical duration of a criminal career.

Some of them should never be released, either because of the horror of their crimes, like an act of mass terrorism; their impact on the community’s sense of safety; or because they remain unbowed and were never rehabilitated.

But a large body of research suggests that such a group is small. On sentencing, “we went crazy in the 1980s and 1990s,” said Blumstein. “Lots of people, as they age, they are no longer a risk. We are keeping people in prison who are physically unable to represent a threat to anybody.”