As a Mom Working In a Prison, I Worry About Bringing Coronavirus Home

“I tell my husband to keep my son in another room, while I put my uniform in a trash bag and take a long shower.” 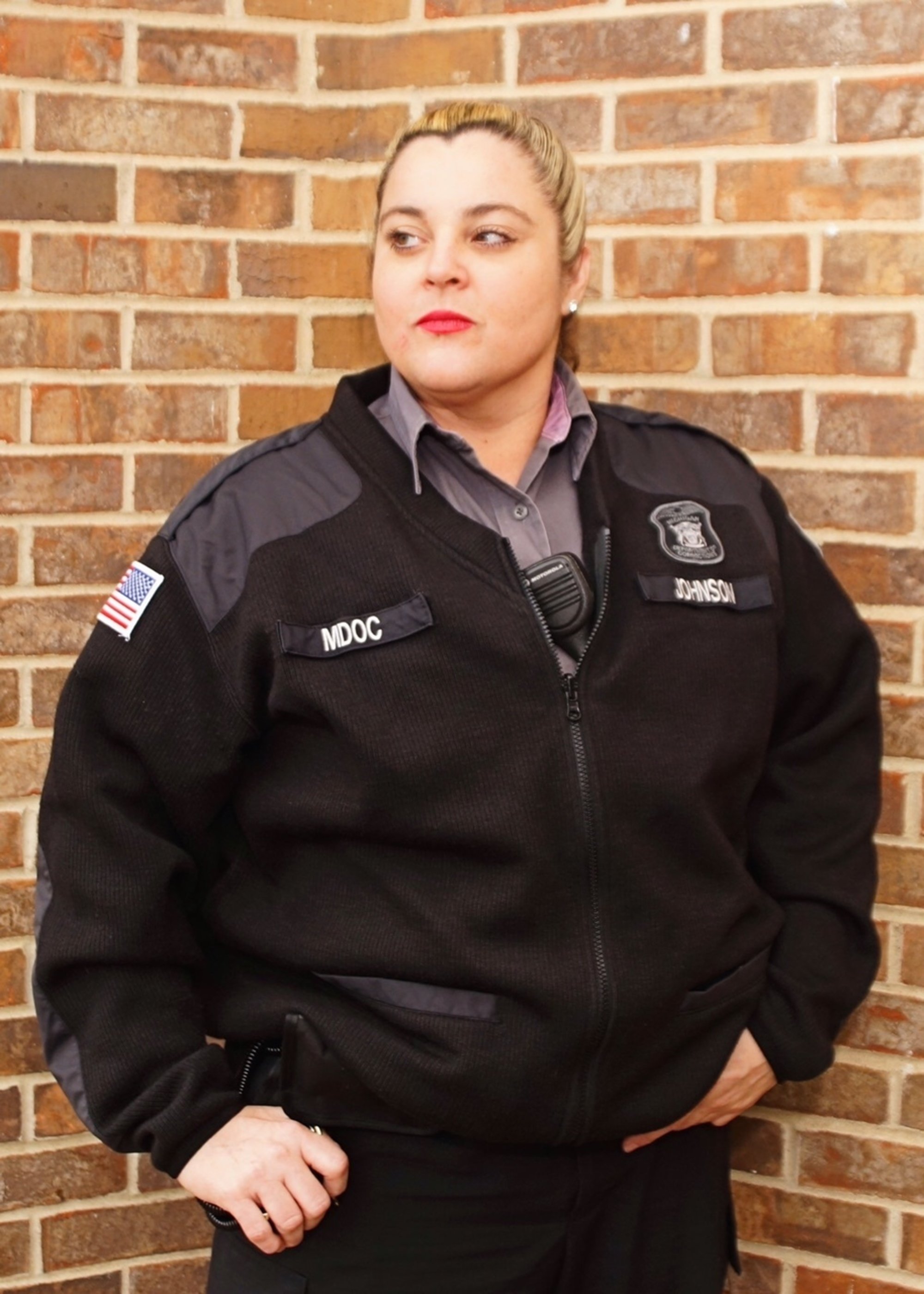 It’s impossible to practice ‘social distancing’ when you work in a prison.

This story was published in partnership with Bridge Magazine.

My facility is in Jackson, Michigan, and though nobody I work with personally has tested positive so far, other people in the state’s corrections system have. It feels like it’s only a matter of time before one of us gets it. When I arrive for my shift at 6 a.m., I stand with dozens of other employees and wait to enter while someone takes our temperature. We’re all on top of each other, so if one of us has it... well, you can imagine.

Recently, I learned that part of our facility was going to be converted for quarantine. It can now house roughly 80 prisoners who test positive for COVID-19. Some guys who had their security levels downgraded are being held in pole barns. These barns have an open design, though, so they can’t be locked down—they’re hard to protect from outbreaks.

Creating new quarantine units means disrupting the living arrangements we’ve had in place for years, and which were keeping the peace. Some guys have been in the same cell for years and like their bunkies and don’t like change. They’ll get frustrated, and say to us, “You guys are bringing this in, you want us to get sick.” I had the flu recently, and when I came in and had a lingering cough, everyone looked at me. One prisoner said, “What’s wrong with Ms. Johnson? She shouldn’t be bringing that shit in here.”

I get it. They’re panicking too. While prisoners can still call their families, visits have been suspended. Sometimes we look at each other and we can both tell what the other is thinking: I don’t know what to do.

The guys are making masks out of anything they can find: T-shirts, old rags, even crochet materials they’re able to get for crafting.

When I saw this, it reminded me of the old photos I’d seen of prison riots, and I said to them, “You know, you look scary.”

They laughed. But it’s a good example of how important it is to have trust and communicate well. I use humor a lot. It’s the longtime officers like me who have to negotiate, to say to them, “When this is all over we’ll do our best to meet your needs,” and to have them believe us because of the trust we’ve built over years. Ultimately, we’re outnumbered. I’m an old lady and they’re a lot stronger than me, but when they believe you’re going to do the right thing, they cut you a lot of slack.

One long-termer was playing dominoes the other day and started to have a seizure. It wasn’t virus-related—he is diabetic—but he was wearing a mask, and I struggled to get it off, so I could see him and try to get him to speak to me. I was calling his name. He looked so scared. And when you see a big, tough man with such fear in his eyes, it makes you scared, too. Part of why I enjoy my job is the feeling that I can put people at ease by having the answers. But right now, nobody has the answers.

I also worry about taking the virus home. My colleague at work said to me, “I’m embracing it, I’m getting the virus and I can just fight it off.” He’s got two years until retirement. He can’t not work. There’s a sense of duty: If there were a riot, I’d have to go in whether I wanted to or not. My co-workers have families to get home to, and I have to be there to relieve them.

On social media, I see everyone thanking nurses, police officers, firefighters. Corrections officers always tend to be left out of the narrative, and I don’t know why.

Before all this, when I’d come home from work, the first thing I’d do is hug my son. He’s 11 now, and he still runs out to greet me. That hug is the best way to relieve the pressure, to let go of whatever craziness I faced at the prison.

But now, when I get home, I tell my husband to keep my son in another room, while I put my uniform in a trash bag and take a long shower. I have no idea whether I’m taking the right precautions. I feel like I haven’t gotten nearly as much guidance as my friends who work in hospitals.

My husband and I take turns taking off work to care for our son, now that schools are closed because of the virus. We don’t have relatives nearby, and we could ask a friend, but I’ve probably been exposed, and I’d have to tell them my son has probably been exposed too. That’s asking a lot of a friend.

The other day we sat down as a family, and I said, “This is going to be the new normal.”

Cary Johnson is a corrections officer at the G. Robert Cotton Correctional Facility in Jackson, Michigan. She is on the executive board of the Michigan Corrections Organization, and has been involved with the union’s efforts to help researchers study post-traumatic stress disorder and other mental health issues among officers.

Chris Gautz, the public information officer for the Michigan Department of Corrections, said in an email that officers “are still required to do their job” and that all security-level reclassification has been done according to department policy and is “not out of the norm.” The department, he added, has protocols to isolate prisoners who test positive for COVID-19, and staff members receive proper protective equipment if they are around someone who tests positive. At the facility where Cary Johnson works, “they have a laundry service for those staff working in that unit,” Gautz said. “They can also shower there, and we give them a sweat suit to go home in. So they don’t have to worry about taking contaminated clothes home.” He added that some staff members have had their schedules altered so they do not all arrive at the same time.

The Marshall Project is tracking how each state’s justice system is responding to the coronavirus pandemic.