Freed From Prison After 26 Years—Into a Coronavirus Hotspot 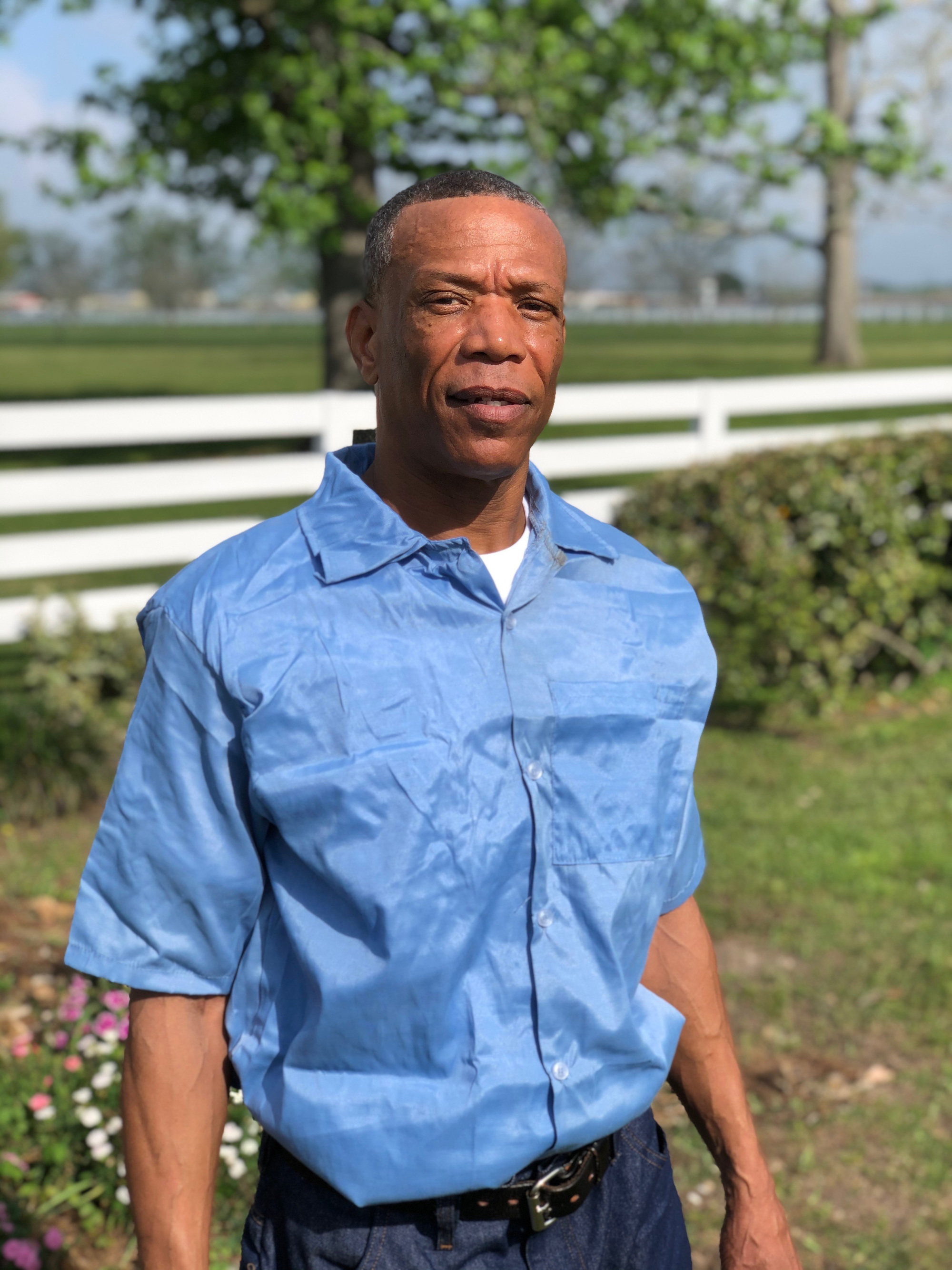 Craig Rixner walked out of the Elayn Hunt Correctional Center in St. Gabriel, Louisiana, last Wednesday after nearly 26 years in prison. It was a joyful day—filled with shrimp po boys, new clothes from Walmart and texts from many of his 28 nieces and nephews—but one with an ominous edge. Rixner was returning to a city, state and country that had mostly shut down during an unprecedented pandemic.

“It was beautiful walking out of the prison, but it was also scary,” Rixner said in a phone call the next day. “Because I didn’t know what I was walking into.” His 83-year-old mother, who breathes with an oxygen tank, couldn’t be there to greet him—she was sheltering-in-place in New Orleans. Waiting for him in the parking lot were the executive director of the nonprofit Louisiana Parole Project, which had fought for his release, and the law student who worked on his case. Rixner, despite the warnings, gave her a hug.

Coming home after decades behind bars is always disorienting. But for the people being released in the time of coronavirus, the experience is particularly jarring—trading the fear of getting sick in captivity for a curtailed, isolated kind of freedom. Nonprofits and social service agencies that support them are overwhelmed, short-staffed or moving most of their programs online. Family members they’ve waited years to reunite with are huddled at home. Food service and other industries that might hire a formerly incarcerated applicant have been decimated. And many small, everyday liberties are now a public health risk.

“Before coronavirus, where the average person dreaded going to the grocery store, my clients looked for a reason [to go]. Little things like that bring them joy,” said Andrew Hundley, director of the Louisiana Parole Project, which helps incarcerated Louisianans prepare for parole hearings and supports them after their release. “Our clients are in some sense better emotionally prepared [for distancing]. But you want to be around people and in public places... so bad, because you’ve been in isolation for so long.”

Many service providers say they’ve been struck by their clients’ resilience as the free world unravels. Some have been emotionally supporting family members, sharing tools they used in prison to structure and pass time. Mostly, they are grateful to be facing COVID-19 on this side of the prison walls. “If it spreads inside the prison, those guys are really scared. They walk around with handkerchiefs around their face,” Rixner said. “The guys in prison feel there’s nothing going to be done for them, that they’re just going to let them die.”

Rixner worried he might not get out at all. Within prisons and in online forums for family members of incarcerated people, many are confused about whether releases are still happening during statewide shutdowns. “They were saying, ‘they ain’t letting nobody out. You gonna be here for a while,’” Rixner said, of the rumors spreading inside. He had been approved for parole on March 11, and worried up until the day before his release that prison officials would not let him go. (All parole hearings in Louisiana have since been suspended.)

Attorneys and advocates across the country are pressing states to free even more people, regardless of whether they’ve finished their sentence. Last week, U.S. Attorney General William Barr ordered the federal Bureau of Prisons to place more “at-risk inmates who are non-violent” on home confinement, to protect some of the oldest and sickest in their custody. Local jurisdictions across the country have been releasing people from jail and prison to ease overcrowding. But what awaits them when they come out to a socially distanced world in the middle of an economic crisis?

Groups supporting prison re-entry are scrambling to adapt. Many organizations used to connect with clients while they were still incarcerated, to make a plan for release. But as prisons nationwide ban visits and volunteer programs to deter the virus’s spread, it’s getting harder to reach people inside. Advocates and attorneys are trying to arrange phone calls or video visits instead, though some say corrections officials have been unresponsive. Most check-ins with parole or probation officers are now by phone.

Organizations that provide walk-in services are also getting creative. A New Orleans nonprofit called The First 72+ has offices and transitional housing across the street from the Orleans Parish Prison, so people could walk straight from the prison to meet a counselor, set up a doctor’s appointment or apply for benefits. Now, instead of providing in-person assistance, they keep a cordless phone in the mailbox on their front porch, alongside a list of mentors’ phone numbers. Residents watch to see if someone uses the phone, then wipe it down with disinfectant.

“Our residents were adamant that we provide as many services as possible,” said co-director Kelly Orians. “They were the first to recognize that it’s going to be devastating when you realize this moment you were looking forward to for decades might be a part of one of the worst moments in human history.”

The biggest challenge of re-entry—finding a place to live—has a new urgency when most of the country is being told not to leave home. Some who previously would have moved in with older family members may no longer be able to live there safely. Many people leaving prison move into halfway houses or homeless shelters, which can carry a similar risk of infection as a crowded prison dorm. In Washington, D.C., residents of the halfway house Hope Village, which houses over 300 men, say they’ve been denied toiletries and cleaning supplies to protect themselves (a spokesperson for the residence denied the allegations).

If jails and prisons do release large numbers of people, the need for housing will get even more dire. The Fortune Society, a New York City organization that supports reentry, is rushing to open up a new residential facility for those leaving jail, to keep them from ending up in city shelters or on the streets. “The large barrack-style shelters are very dangerous,” said JoAnne Page, the president. “The things you most need—social isolation, the ability to quarantine people—are not there. We are desperately worried.”

Even smaller transitional housing facilities feel more crowded and tense, as recently freed residents are again shut in. Synae McMillon-Cooper returned to Seattle, Washington, in early February, after nearly 10 years in prison. She moved into a residential work release program with over 30 other women, got a job hosting at a nearby Applebee’s and was finally spending time with her son. But like millions of other Americans, McMillon-Cooper was laid off in mid-March.

“There’s no family visits, there’s no social outings,” McMillon-Cooper said. Last week, she cancelled the 30th birthday dinner she had planned with her extended family, many of whom she hasn’t seen since coming home. ”You can go to work, but the majority of the women here work in food. Everyone is just stuck.”

She is trying to avoid crowded common spaces and stays mostly in her room. It costs $13.50 a day to live there—each day she goes without an income adds to mounting debt. “That’s the worst, not knowing. When will I have work again?”

Those recently released from prison are unlikely to qualify for the expanded unemployment benefits in Congress’ $2-trillion relief plan, service providers say, as many are newly entering the workforce. Other public benefits, like food stamps or Medicaid, are even harder to access with millions of Americans out of work and in-person offices closed.

“There’s a lot of prosperity with driver jobs, delivering food or medication,” said Deshawn Kenner, who came home from New York state prison in late February. “But they suspended all drivers’ license tests and classes until further notice.”

Trainings, mentorships and other support groups are moving online, to avoid gathering large groups of people. But that transition has revealed a glaring digital divide. Many being released from prison may not have a phone, much less a laptop and steady wifi. Public libraries were once a reliable place to access the internet, but many have closed their doors. Service providers in multiple cities said they had hurriedly purchased a few laptops, phones and wifi hotspots to distribute to clients in need. In Washington, a re-entry organization called Pioneer Human Services set up a single computer in their group meeting rooms, for clients to use for one-on-one remote counseling sessions.

Several recently released people said they were frustrated that the steps they needed to rebuild their life—finding a job, getting a degree, moving into their own apartment—were now indefinitely on hold. Most painfully, some long-awaited family reunions, especially with parents and grandparents, were further delayed.

But some said prison had given them a unique perspective. When asked whether coronavirus had hindered his homecoming, Kenner said his hopes for this time were simple. It wasn’t cheeseburgers, baseball games or skydiving he was counting down to. “I was just looking forward to freedom itself. Fresh air, being beyond the walls,” he said, from the house in Long Island, New York, he was sharing with his wife and children. “If there’s one thing that 20 years of incarceration taught me, it’s that all things will come in time. Nothing lasts forever.”