Months ago, the attorney general ordered pandemic prison releases. After 24 years behind bars, Miller is one of many still waiting for a ticket home.

Feature · Filed 09.19.2020 11:17 a.m.
By Nicole Lewis
This article was published in partnership with Reveal from The Center for Investigative Reporting .

Photo at top: Byron Miller with his children. Courtesy of the Miller family.

As COVID-19 ravaged prisons around the country, my inbox filled with emails from frightened family members. In March, Attorney General William Barr ordered the Justice Department to release eligible people behind bars to home confinement. But federal officials have moved slowly, releasing very few. The families detailed how their incarcerated loved ones met Barr’s criteria, and questioned why they remained in prison. What was the hold up, they wondered?

Since the start of the pandemic, The Marshall Project has documented the virus’s toll on people behind bars. It has struck federal prisons particularly hard, sickening more than 11,000 people and killing 118.

We’ve documented the missteps federal prison officials made at the start of the pandemic that fueled the virus’s spread. Officials dismissed prisoners’ symptoms, failed to implement widespread testing, encouraged officers to work even if they felt sick, and kept incarcerated people working in prison industries.

I wanted to know: What is it like to be behind bars, trying not to get sick, while also waiting for your shot to go home? 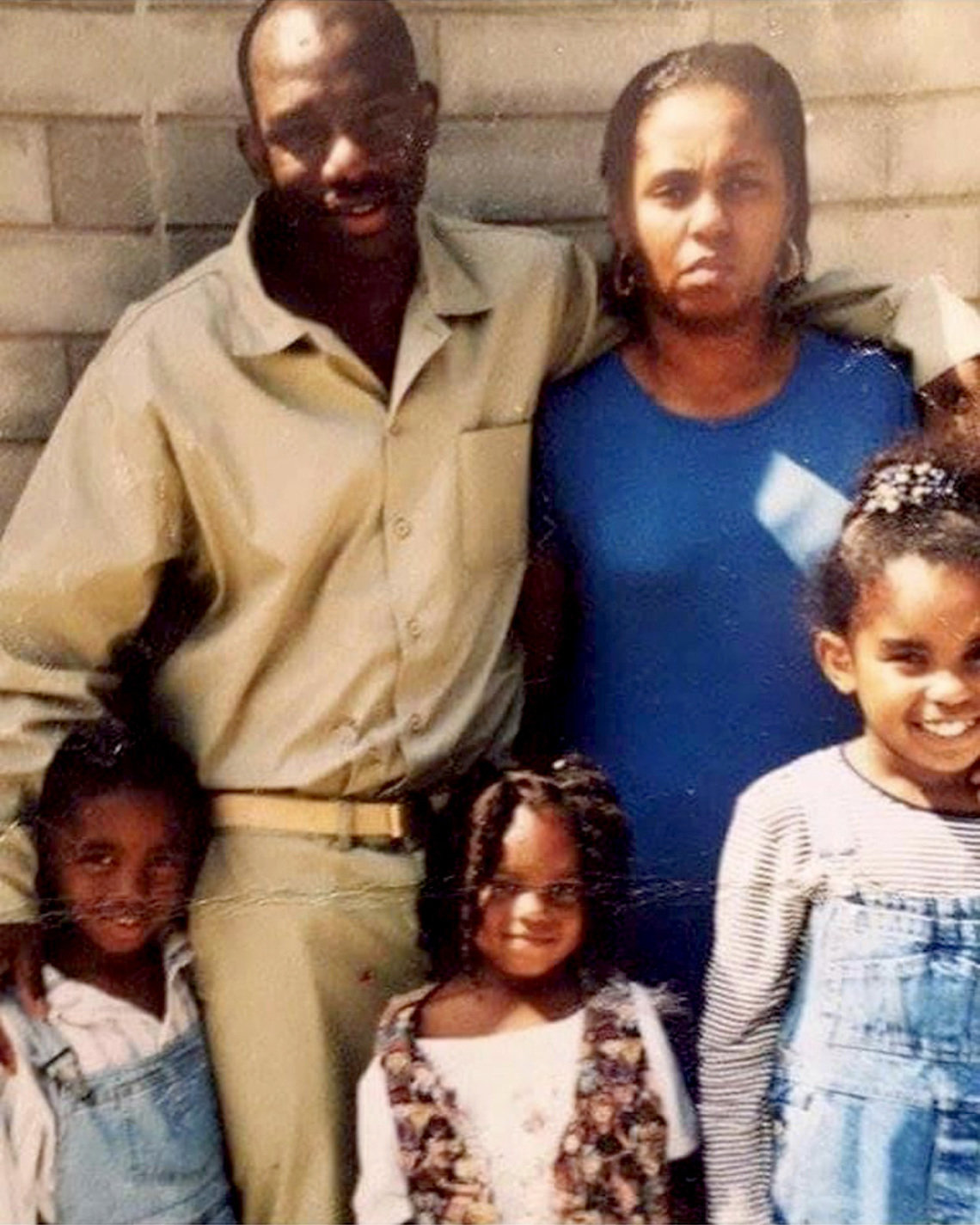 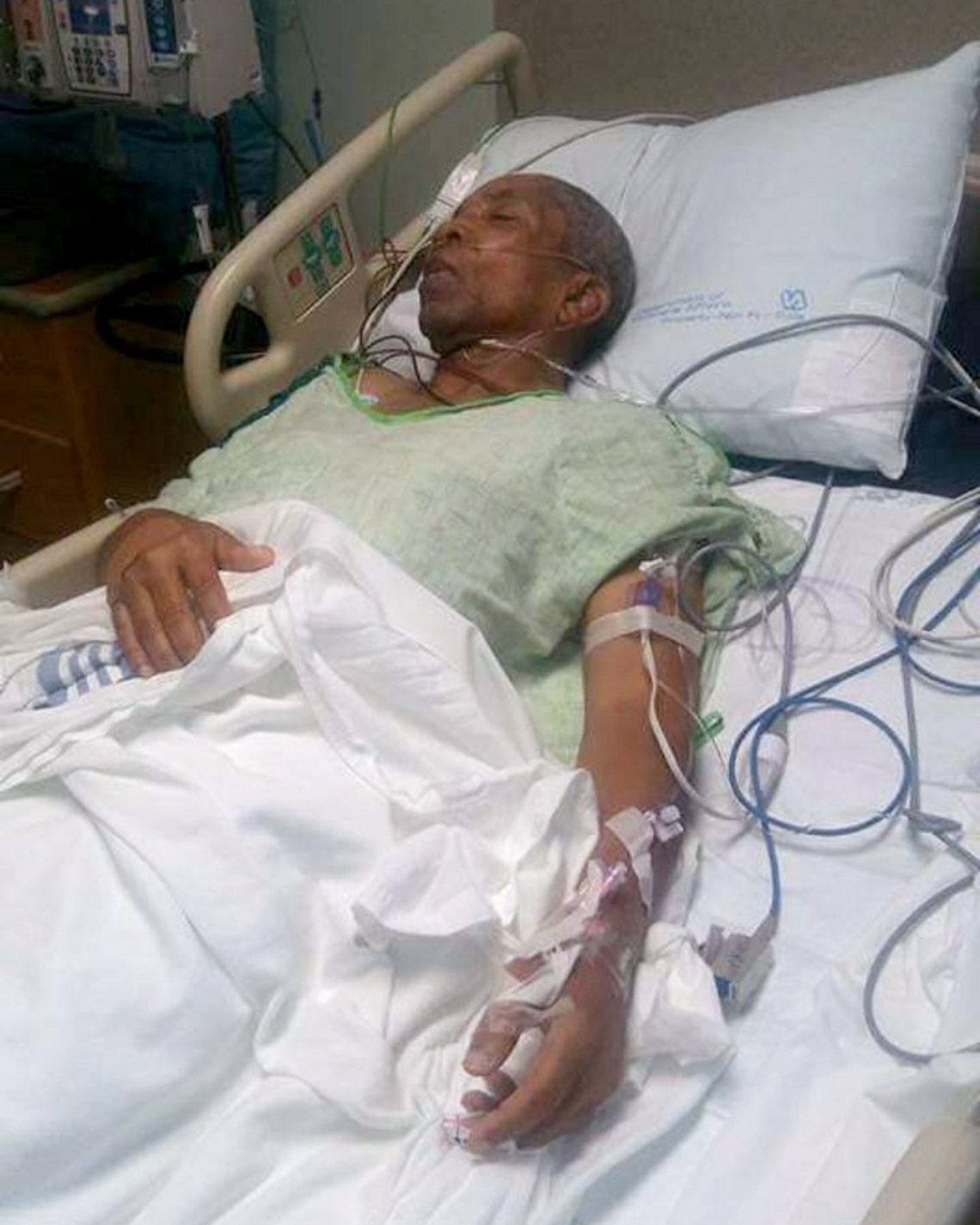 One person’s story stood out: A man named Byron Miller, incarcerated in a federal prison in Kentucky. Using Corrlinks, the prison’s email system, Miller explained that he had been behind bars for nearly 25 years for selling crack cocaine in the 1990s and for bringing heroin into a federal prison early into his sentence. He is currently incarcerated at a low security camp. He’s taken numerous programs and classes to aid in his rehabilitation. And he’s Black, 53 years old, with hypertension and asthma.

When the pandemic hit, sending the prison into a lockdown, he says he was about to be transferred to a facility closer to his parents in St. Louis, Missouri. His mother is 80 years old, and his father had colon cancer. With only 5 years left on his sentence, Miller hoped to make it home to see his aging parents again.

On the outside, his family is waiting anxiously. His daughter, Jessica Marie Carr, was only six years old when her father was first sentenced to prison. His incarceration has taken its toll over the years. “It just makes you feel incomplete in a sense,” she said. “It’s a lot that a girl needs from her father.” 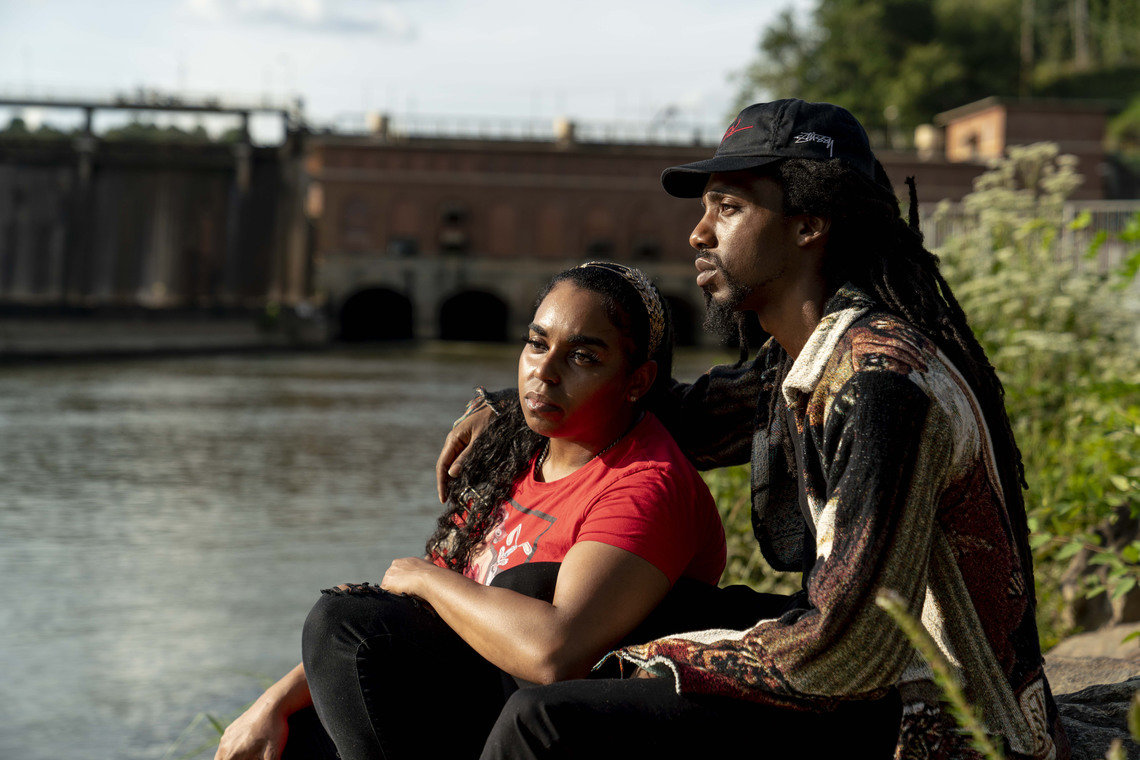 Two of Byron's children, Jessica Carr and Cameron Miller, in Atlanta in September.

Fernando Decillis for The Marshall Project and Reveal

While reporting Miller’s story, I heard from another man in Kentucky: Chad Marks. Like Byron, Marks has spent two decades behind bars. He was facing 40 years for a drug charge and gun possession. But Marks, who is White, age 41, walked out of FMC Lexington in June after a judge cut his sentence in half.

Marks watched from the inside as coronavirus swept through FMC Lexington, ultimately killing eight men. He recalls one of the virus’s first victims, Juan Matta, being denied home confinement despite battling cancer and having only two years left on his sentence. Now, Marks is trying to get some people out of federal prison by filing motions for compassionate release. 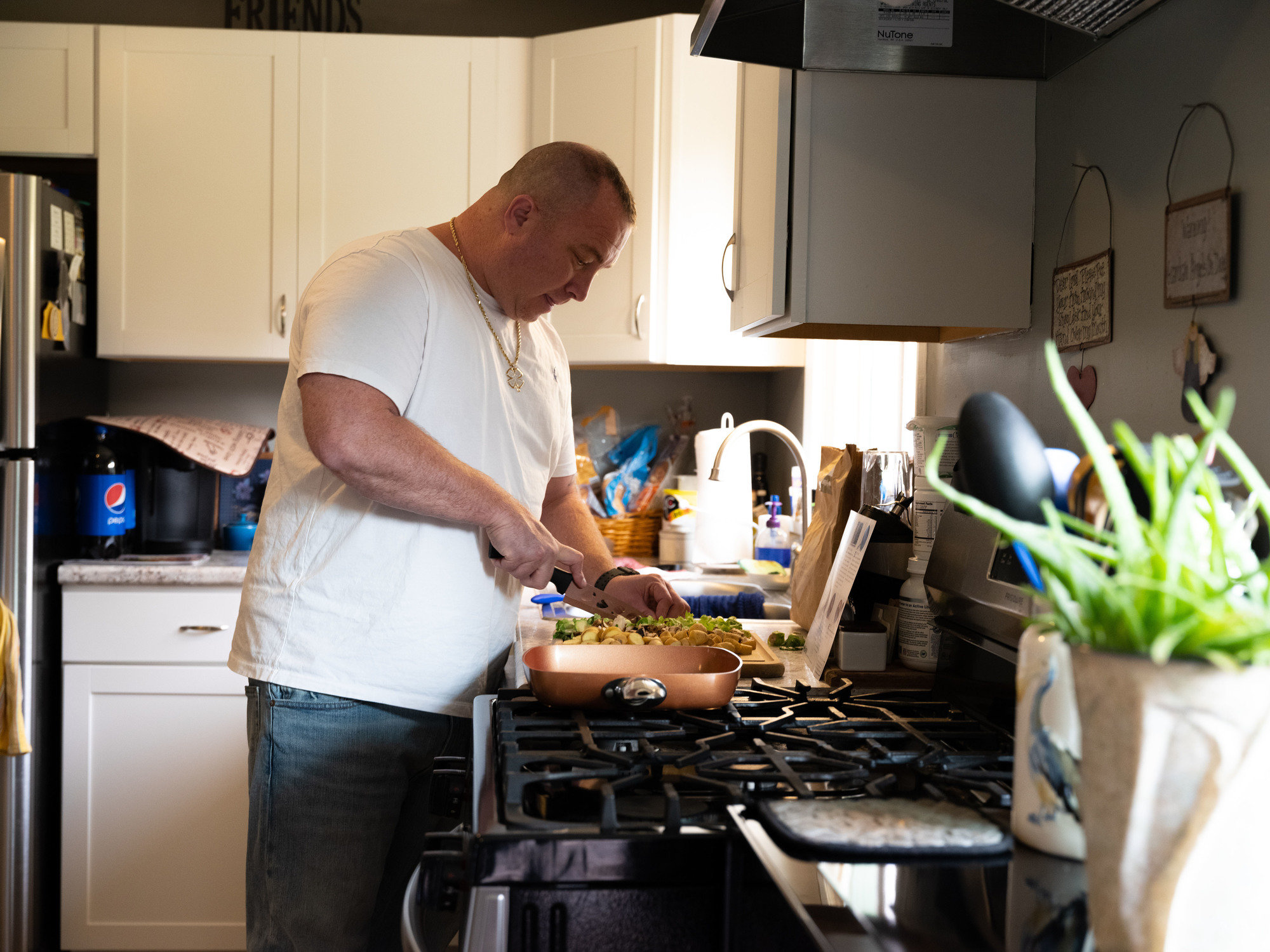 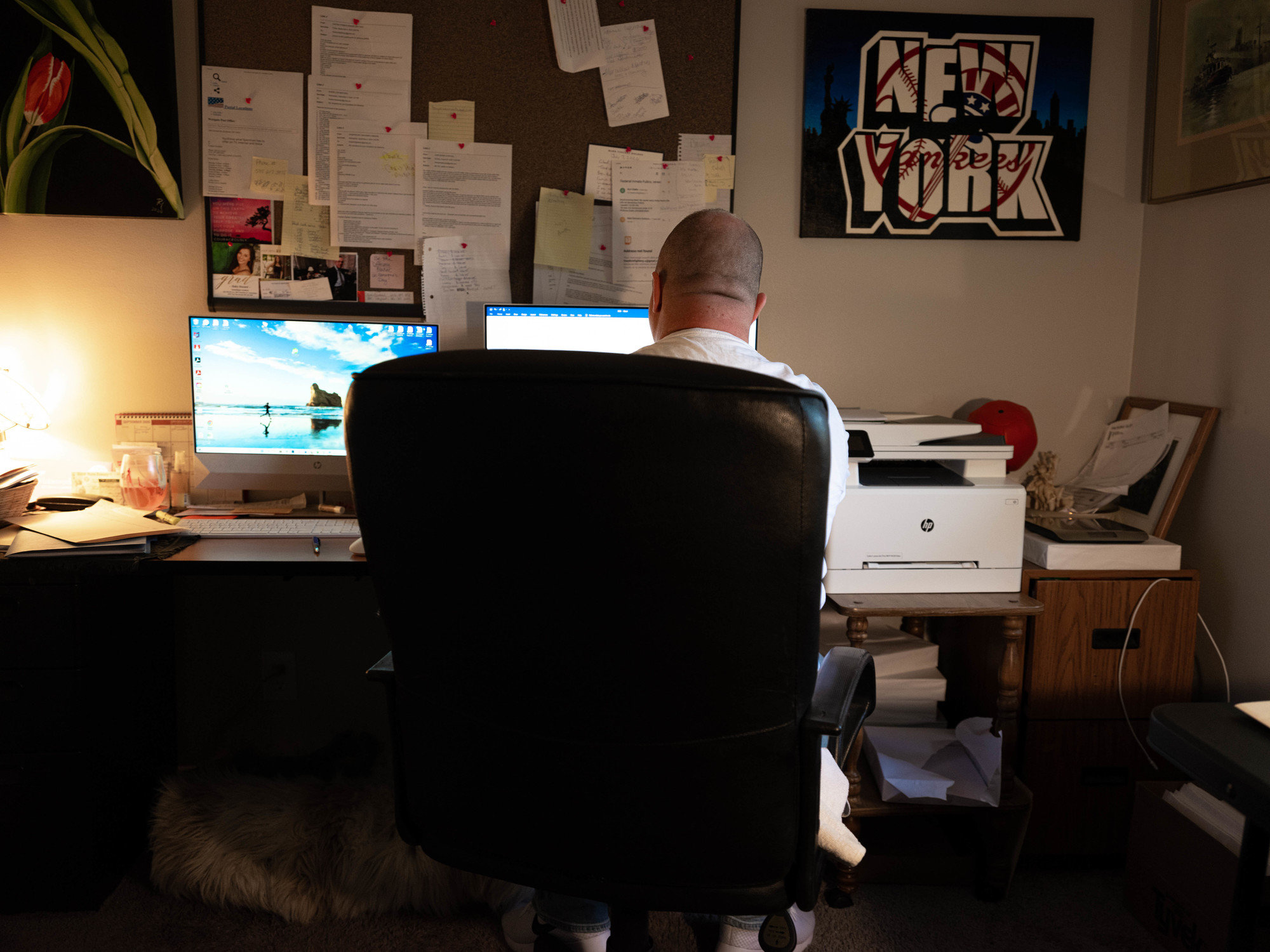 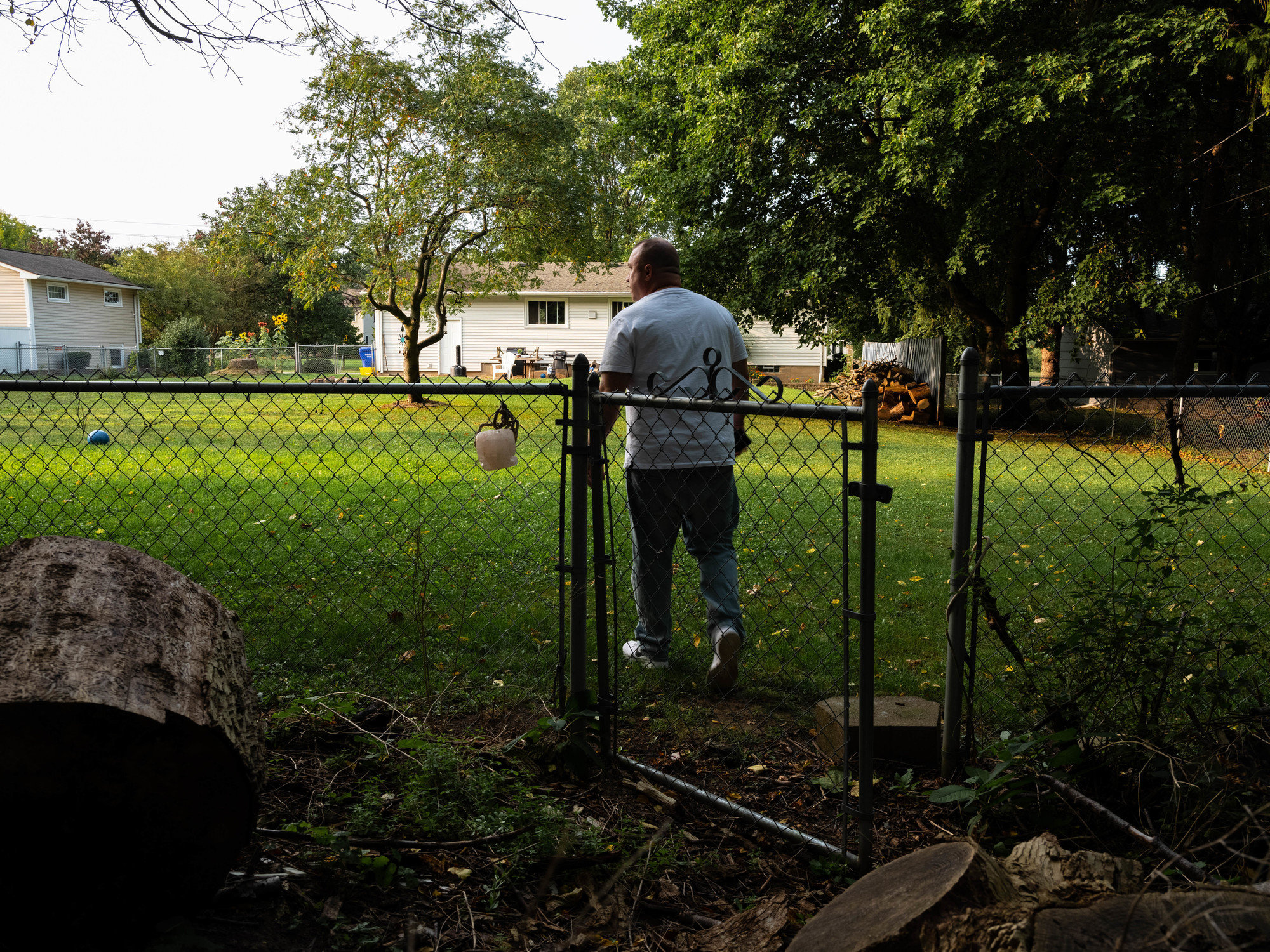 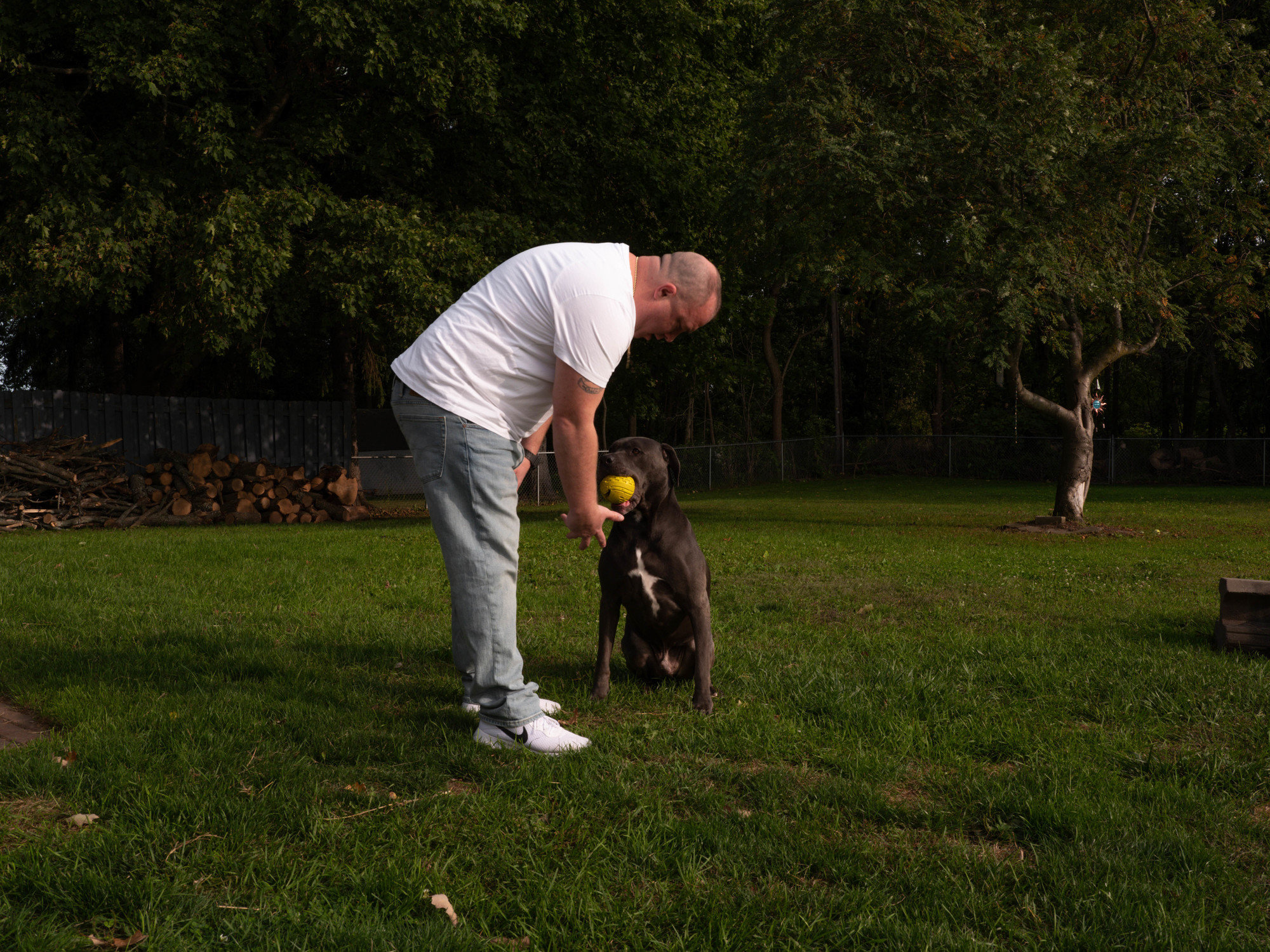 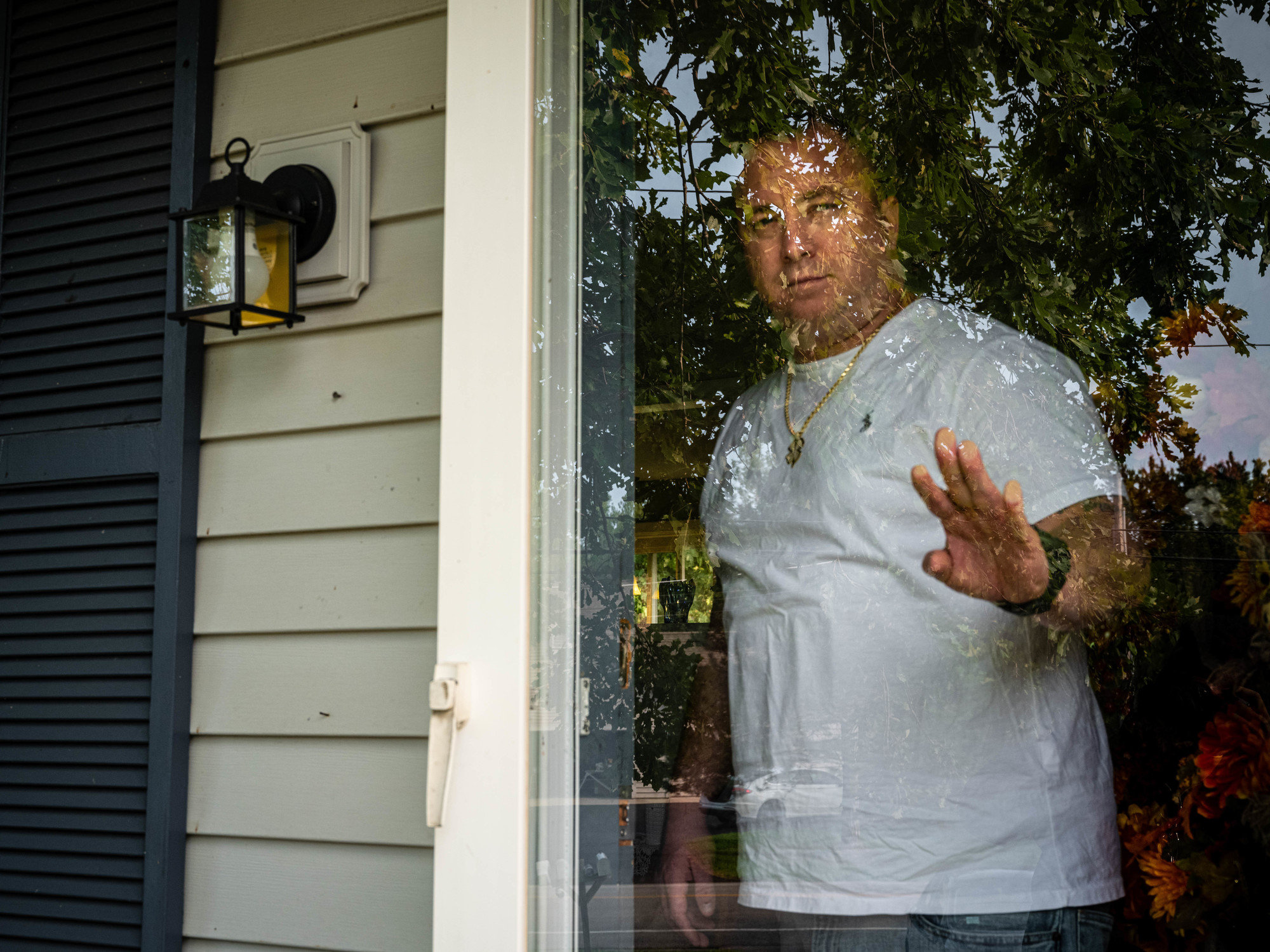 Chad Marks prepared dinner in his kitchen, in Rochester, N.Y., in September. Joshua Rashaad McFadden for The Marshall Project and Reveal

Chad was released from FMC Lexington in June. Joshua Rashaad McFadden for The Marshall Project and Reveal

He had spent two decades behind bars, but a judge cut his sentence in half. Joshua Rashaad McFadden for The Marshall Project and Reveal

Playing with Diesel, his dog. Joshua Rashaad McFadden for The Marshall Project and Reveal

Marks is trying to get some people out of federal prison by filing motions for compassionate release. Joshua Rashaad McFadden for The Marshall Project and Reveal

Critics of the federal prison agency point out that the institution is known for foot-dragging on prison releases. There is no parole in the federal system. And past efforts for mass releases of low-level nonviolent prisoners have come up short. The virus continues to threaten prisons; so far, more than 100 people have died in BOP custody.

The BOP declined to speak with me for this story. Instead, they emailed a form letter, noting that officials are “proceeding expeditiously” moving incarcerated people to home confinement.

To hear more about Chad Marks, and to find out what happens to Byron Miller, listen to our radio story in collaboration with Reveal from The Center for Investigative Reporting .

Reveal is carried across the country on public radio stations. Check your local station’s schedule for airtimes, or download the Reveal podcast.