Reporting by The Marshall Project and our media partners exposes the damage police dogs inflict across the U.S. 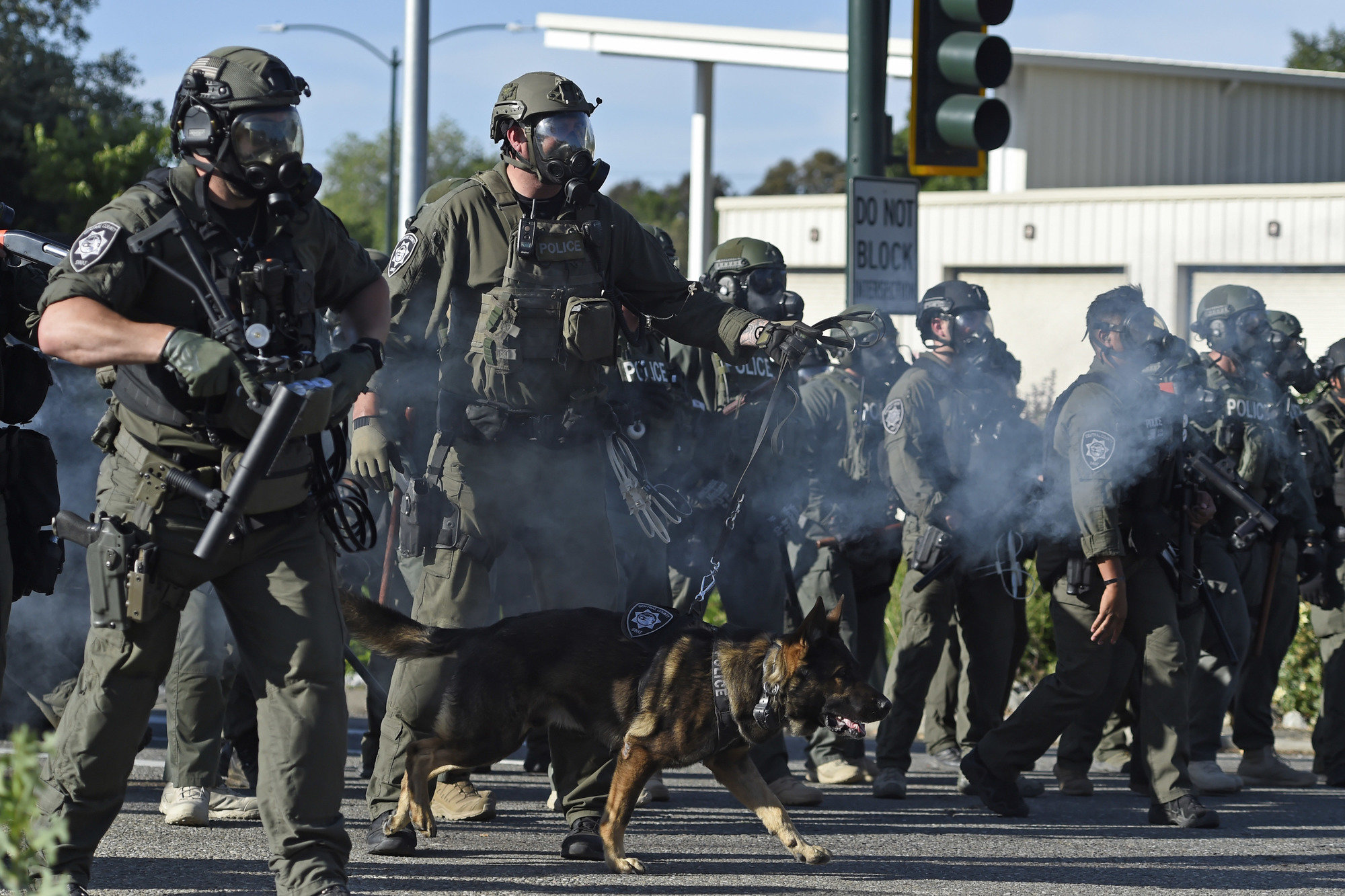 Officers with a police dog approached protesters after they marched onto the I-680 freeway during a Black Lives Matter demonstration in Walnut Creek, California, on June 1. Jose Carlos Fajardo/Bay Area News Group
By Ashley Remkus

Police dogs are often portrayed as harmless, loveable members of the local police. But many departments across the country use dogs as weapons, training the animals to bite thousands of people every year, causing serious and even fatal injuries.

A new investigation from The Marshall Project, AL.com, IndyStar and the Invisible Institute exposes the widespread use—and abuse—of dogs in police departments across the U.S.

Here are six takeaways from our findings, based on data from departments across the country, thousands of pages of documents, videos and scores of interviews with victims, police officers and experts. The main article based on the investigation contains more information. We will publish more reporting in the coming weeks.

Read the main article. In addition, our reporters will continue publishing stories from this investigation in the coming weeks, including the story of a Washington, D.C., woman who went for a walk, then encountered a police dog; an examination of the police department with the worst dog-bite rate among the nation’s 20-largest city agencies; and an examination of police dog use in Alabama and the state’s most dangerous K-9 unit.

Correction: An earlier version said a Maryland woman was bit while on a walk. She lives in Washington, D.C.