Spotlighting the Ingenuity of Artists Behind Bars

On exhibit at MoMA PS1, “Marking Time: Art in the Age of Incarceration” is a rich exploration of how artists adapt to limited materials and endless time. 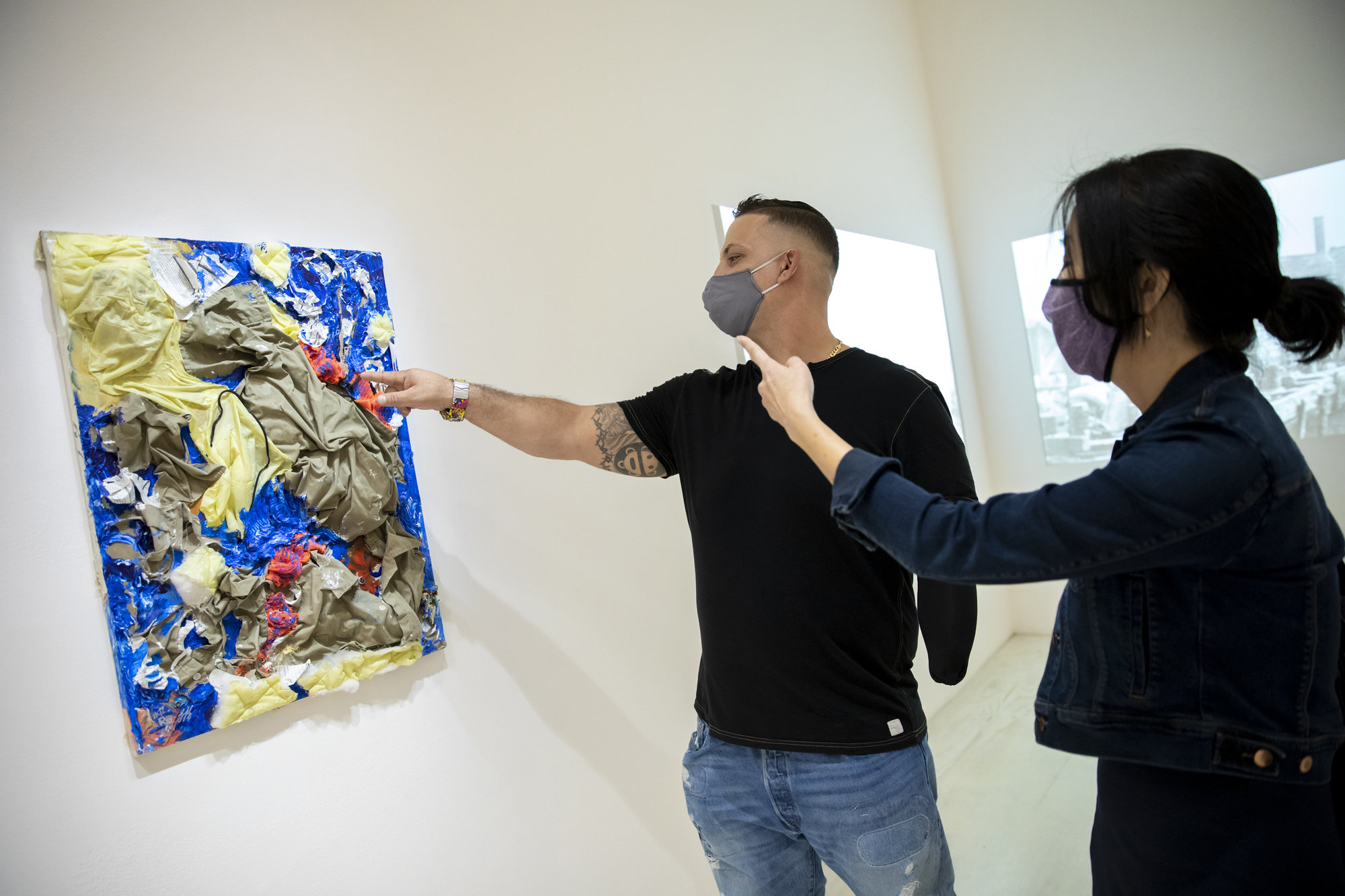 When Gilberto Rivera was released from a federal prison in 2013, he reunited with his wife and found a construction job. He no longer felt like he needed art, which was his primary activity during his 18 years away.

A year and a half later, his life took a different, devastating turn: “I went to cut a piece of wood, the saw came back, and I lost my hand.”

During the two years it took the former graffiti artist to fully recover, he returned to painting. His new work was shaped by the time he spent in a place where he couldn’t get traditional supplies. In jail, he learned to blow ink through marker jackets to get a graffiti-like spray effect. “I miss that, having to improvise,” said Rivera. “That’s more exciting than going and buying some paint.”

Rivera’s work is currently up at MoMA PS1, in Queens, New York, as part of “Marking Time: Art in the Age of Mass Incarceration.” The exhibit conveys the various ways that artists respond to prison, with its mix of limited materials and endless time. Featured artist Mark Loughney simplified and sped up his portraits of fellow prisoners, turning them into a commentary on mass incarceration. Jesse Krimes discovered methods of hand printing onto soap and sheets. 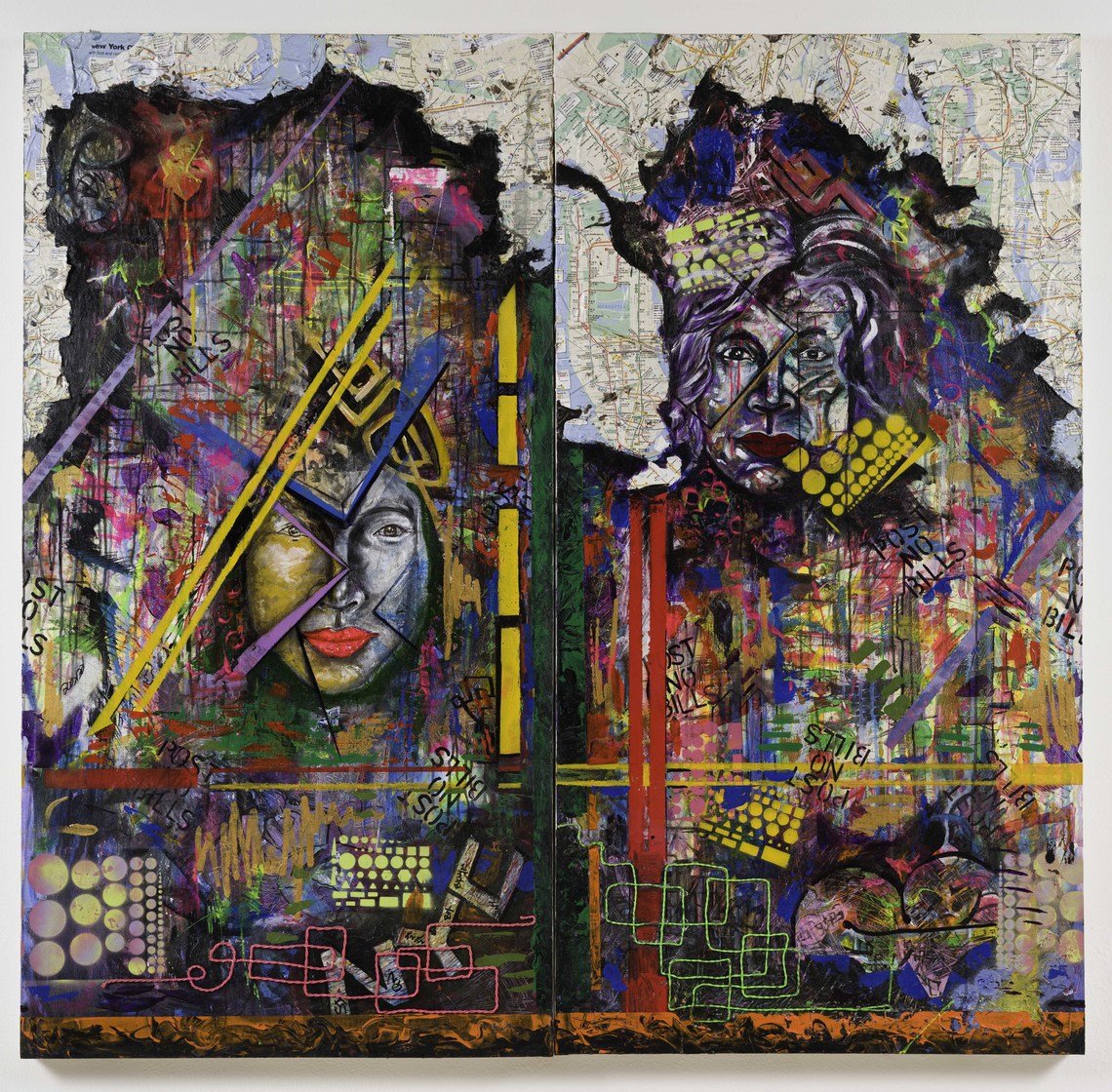 A view of Gilberto Rivera's "2020" at MoMA PS1's "Marking Time: Art in the Age of Mass Incarceration" exhibit.

Many of the featured artists have been released from prison, and freedom brings new creative challenges. “For some artists, it is overwhelming going from material constraints to being able to go to an art supply store and get countless items,” said Nicole R. Fleetwood, an art history professor at Rutgers University who curated the exhibit and wrote a book with the same title. “Other artists deliberately use new materials or media once released because of the trauma associated with their time in prison.”

Rivera was sentenced to 20 years on racketeering and conspiracy charges, and he was moved from facility to facility, subjected to what prisoners call “diesel therapy.” Rivera puts a rosy spin on the experience: At each prison, he was able to find new artists and new influences. 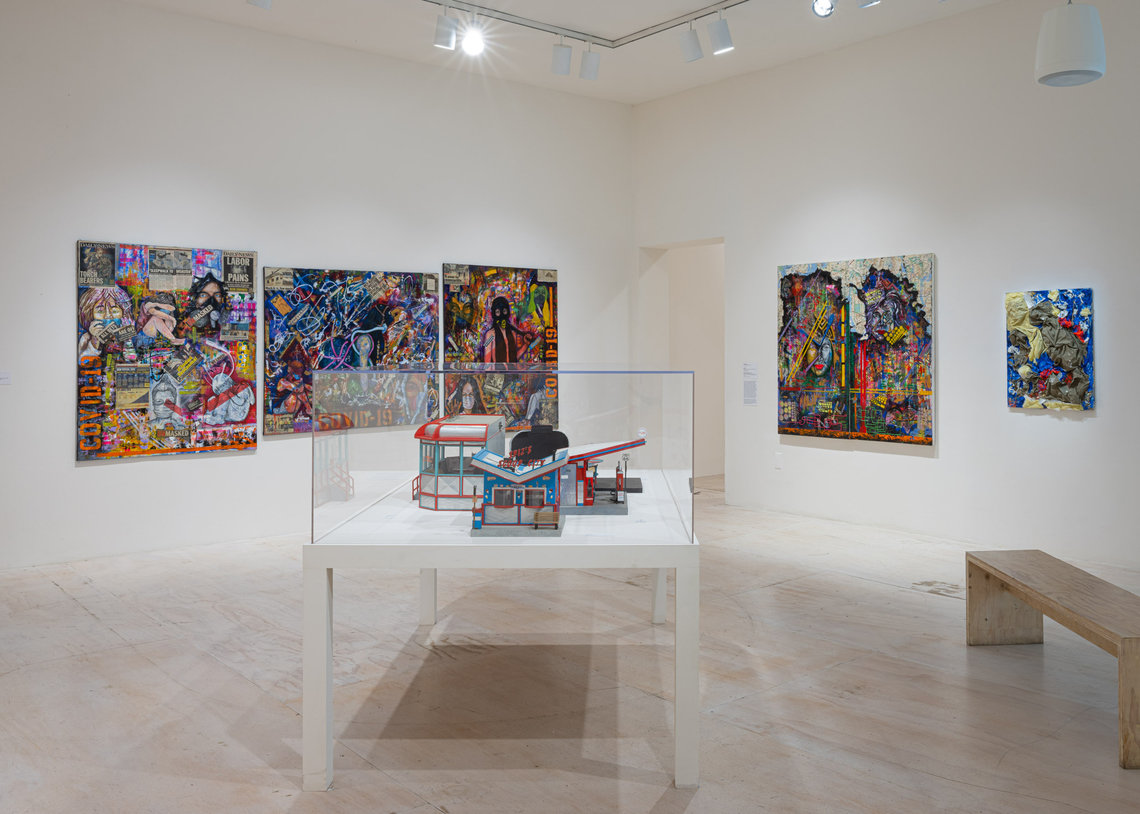 An installation view of Gilberto Rivera's works on the wall at MoMA PS1's "Marking Time: Art in the Age of Mass Incarceration" exhibit.

“There’s no art channel you can watch on television, or art talks on the radio,” he explained. “All your information is from other inmates and then magazines and newspapers.” In addition to traditional influences like Vincent van Gogh and Francisco Goya, he was influenced by other prisoners. In Pennsylvania, he learned ceramics; in Kansas, oil painting; in California, impressionism; in Louisiana, sewing. In solitary confinement, he drew with crayons on brown paper lunch bags. He learned to make paint out of toothpaste colored with M&M's.

His final stop was FCI Fairton, in New Jersey, where he met Jared Owens, who mixed paint with soil from the prison yard. “Owens had been running the art studio for years and had the authority to approve who got access to the space,” Fleetwood explains in her book. He was impressed with Rivera’s large collection of art supplies and together with Jesse Krimes, whose work is also now at MoMA PS1,* they “spent most of their days inside the cramped quarters of the studio working alongside one another.” 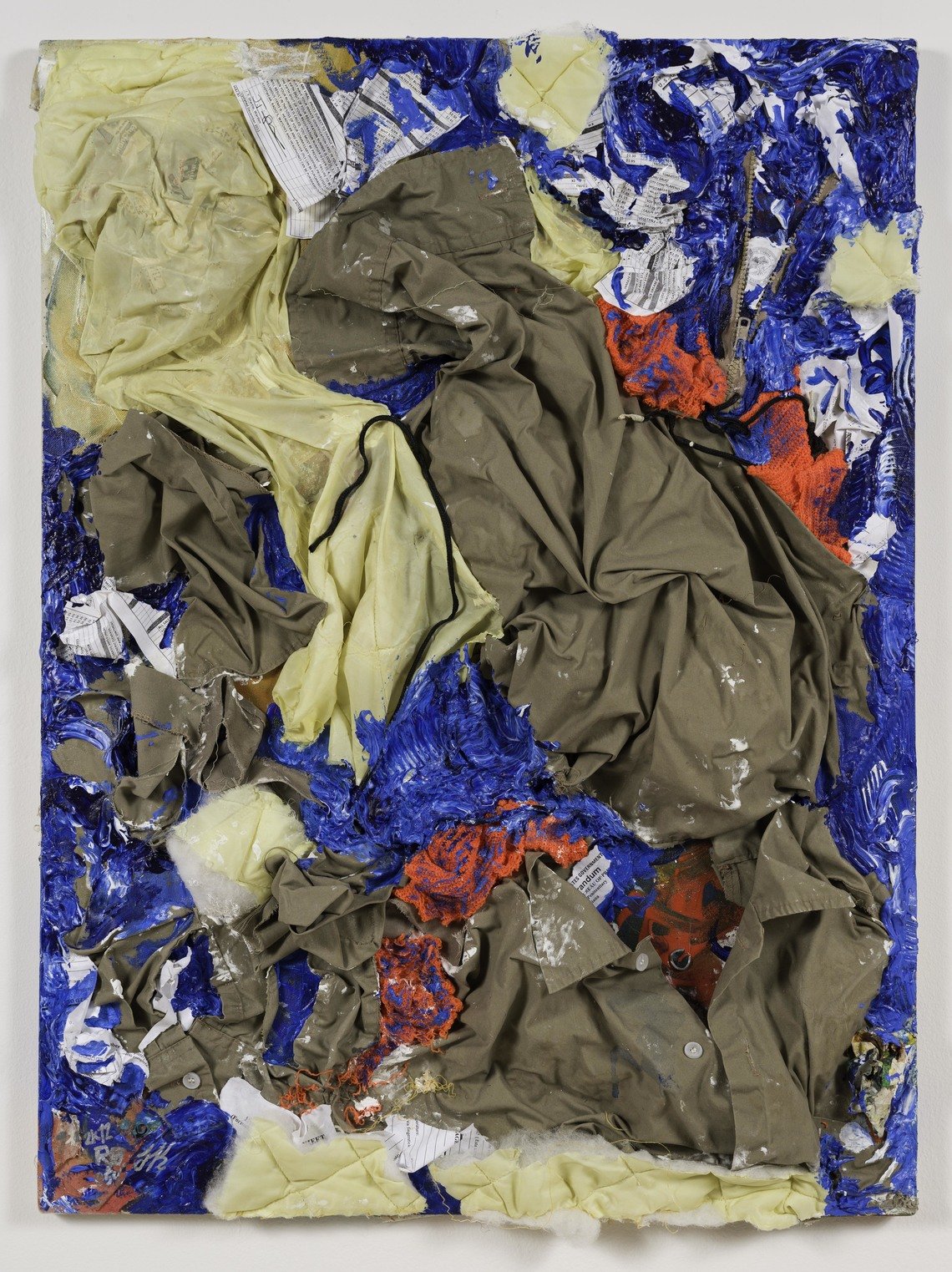 Rivera was drawn to abstraction because it led to improvisation. In 2012, Rivera said, he saw his family for the first time in more than a decade. Around that time, he also felt especially hassled by corrections officers. He used molding paste and floor wax to attach a shredded prison uniform and commissary papers to a painting he called “An Institutional Nightmare.” The goal was less to communicate ideas to others than to work through his tangled feelings: “It was a form of meditation.”

It was technically illegal to destroy state property as he did in this piece, and his friends helped him sneak it out of prison in the mail.

After Rivera was released, he lived briefly in a halfway house, where one day a package arrived: Owens had sent him his old art supplies.

Krimes and Owens are out of prison now as well, and Rivera said they’ve expanded their informal collective to include more formerly incarcerated artists, like Russell Craig and James “Yaya” Hough.

Rivera does not have an agent. He’s relied on word-of-mouth to sell his art, negotiating prices directly with customers. “You can’t predict how much money you’ll make from art,” he said. “If I get enough exposure, I could do art as a job.”

Rivera’s recent large-scale collage paintings include George Floyd and Black Lives Matter protesters. His Instagram account features a frenzied mix of styles and materials. Amid the abstraction and politics are butterflies and flowers.

“I don’t want to restrict myself,” he said. “Prison did that to me already.”

*Headline and story have been updated to reflect that MoMA PS1 is an independent institution. It is affiliated but not interchangeable with the Museum of Modern Art.