While other industries were devastated by the pandemic last year, police departments felt a much smaller impact. 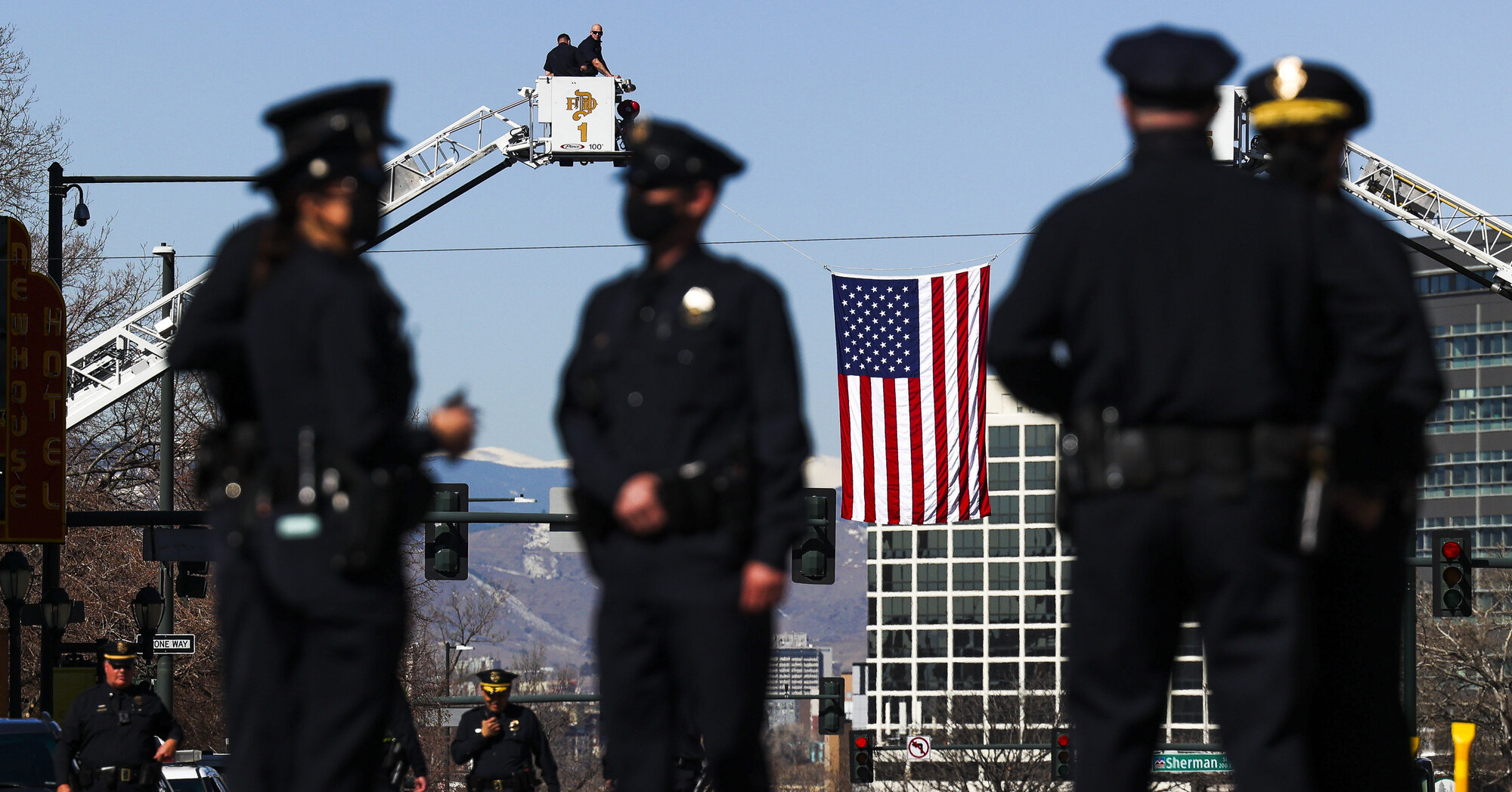 Police officers in Denver, Colo., in March 2021. From 2019 to 2020, the number of people working at local police departments and sheriffs’ offices decreased by less than 1%, according to monthly data from the Bureau of Labor Statistics. Michael Ciaglo/Getty Images
By Weihua Li and Ilica Mahajan

Since last summer’s Black Lives Matter protests, there’s a popular refrain echoing through urban police precincts, rural sheriff’s offices and city halls everywhere in between: Officers are fleeing America’s police forces in big numbers, officials say. And the timing couldn’t be worse, amid a rise in murders and shootings. Many argue cities must hire more police, but against the backdrop of nationwide scrutiny of police killings, morale has dropped to the point that few people want to be officers.

This article was published in partnership with TIME.

According to federal data, those worries are unfounded. Last year, as the overall U.S. economy shed 6% of workers, local police departments lost just under 1% of employees after a decade of steady expansion, according to the Bureau of Labor Statistics. That’s about 4,000 people out of nearly half a million employees in municipal police departments and sheriff’s offices nationwide. State and federal law enforcement departments actually saw a slight increase in the number of employees.1

From 2019 to 2020, the number of people working at local police departments and sheriff's offices decreased by less than 1%, according to monthly data from the Bureau of Labor Statistics. The decrease is much slower than the overall employment, or industries such as restaurants, education and healthcare. Even as many industries started to bounce back, local police hiring hasn’t picked up because it takes months, or even years, to train to become a police officer.