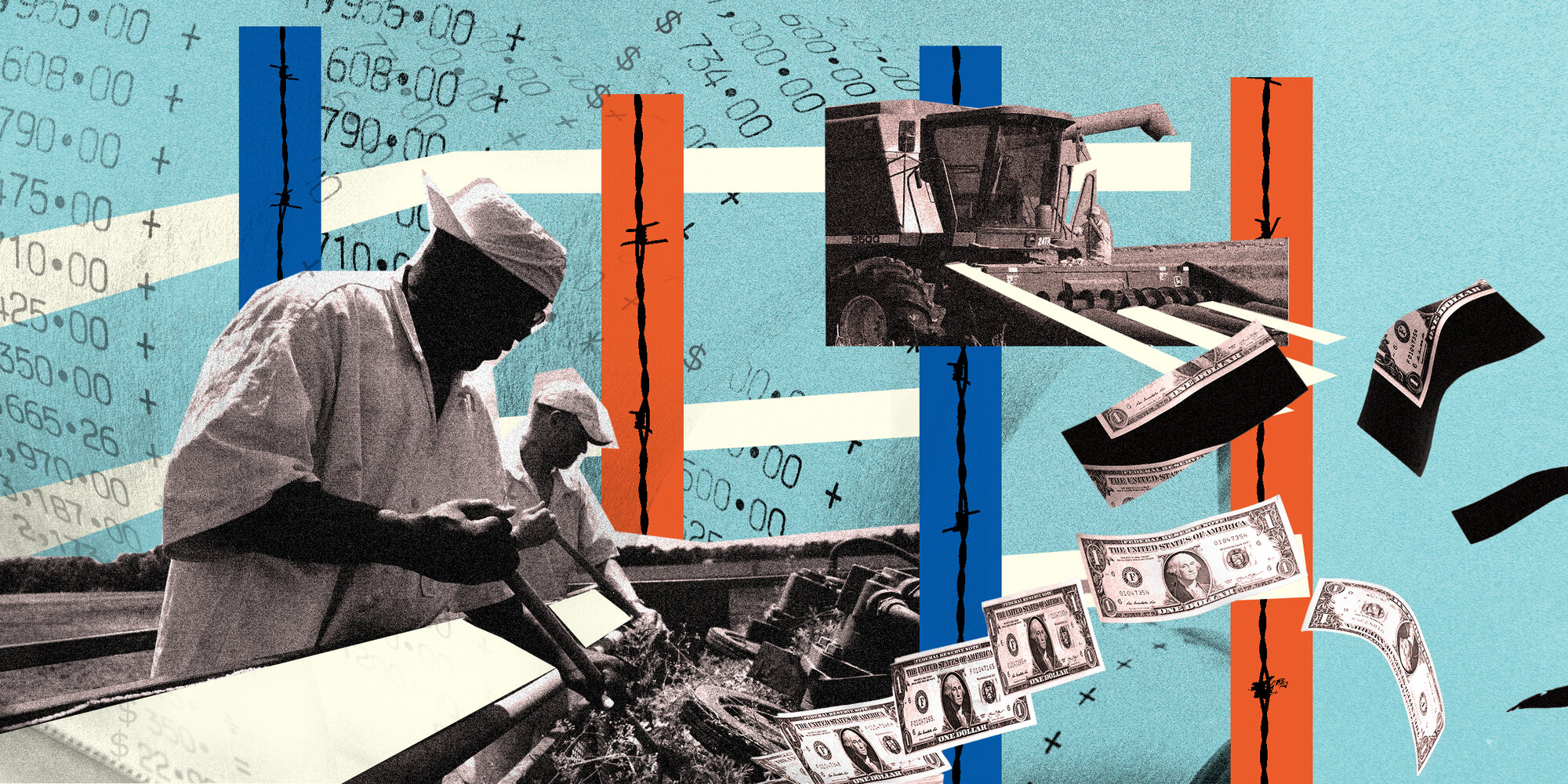 Nora worked the fields outside Texas prisons for nearly three years. But she didn’t learn much about tending crops. There weren’t any growing in the empty fields where the women were sent to clear debris and weeds at the edge of the prison property 30 miles west of Waco.

“It was more of taking the workers out and cleaning an area where they work crops — a punishment of sorts,” said Nora, who spoke on the condition that her last name be withheld because she fears retribution. “Not one time do I remember them planting crops.”

Across the country, prisoners like Nora harvest cotton, fight fires, fix school buses and even make gavels for judges. According to state and federal prison policies, if they refuse to work they can lose privileges, get sent to solitary confinement or be denied parole. On average, they earn less than a dollar an hour. In five states, they typically make no money at all.

Despite paying minuscule wages, prison labor programs often lose money. Earlier this year, a Texas audit found that 46% of the prison system’s agricultural products cost more to grow than they are worth, and the state could have saved $17 million over five years by simply buying canned foods and certain crops — including cotton — instead of relying on prisoners to produce them. In past years, reports from Washington, Georgia, California and at least half a dozen other prison systems identified similar financial losses.

Wanda Bertram, a spokesperson for Prison Policy Initiative, a research and advocacy nonprofit group, said it was “not uncommon” for prison labor programs to operate in the red.

“There are many examples of prison labor not being profitable, but most people don’t know that,” she said, pointing to the unusual overhead costs and lack of flexibility as two reasons correctional industries aren’t always cost-effective.

“People would be upset if prisons took business away from companies,” she added. “We’re actually creating conditions for businesses not to succeed.”

A Texas prison spokesman did not respond to requests for comment. Several states said that not all of their labor operations lose money and that the programs provide other benefits, like keeping prisoners busy and teaching job skills — both claims many advocates dispute.

When I did time in upstate New York on drug charges, I earned less than a quarter an hour. My exact job varied, but during my 21 months behind bars I was a janitor, a dishwasher and a gym staffer. I also worked on the grounds crew, where our shifts were mostly about killing time — we’d mow the lawn, then have a few hours before we were allowed to go back to our units.

We couldn’t bring a book or go for a walk, so when the guards had nothing for us to do, we sat in the empty staff clubhouse and played pool. I did not gain any job skills, and it often felt like a huge waste of time.

My jobs were not part of the “correctional industries” programs that lose money in so many states, but my experience gave me insight into the inefficiency of some prison jobs.

Officials in prison systems with money-losing enterprises have sometimes blamed a bad economy or changes in procurement laws.

The Texas audit did not offer reasons for the farm program’s financial challenges, but one former prison official explained that running a factory or farm behind bars often means paying guards to supervise the prisoners as well as skilled employees to oversee the work.

“Those are higher-paying jobs than the regular corrections staff,” said the former official, who spoke on the condition of anonymity because family members still work in prisons and fear retribution.

When state auditors reviewed Pennsylvania’s labor programs in 2005, the corrections department did not explain how 14 prison businesses — including plastic bag production and furniture-making — lost more than $7.7 million. The programs only remained profitable overall by subsidizing losses with profits from nine money-making endeavors, including meat processing and license plate production. In response to the audit, the corrections department at the time said some money-losing businesses had been restructured to perform better.

Last week, prison spokesman Ryan Tarkowski said one ongoing barrier to profitability is that the prison system is only allowed to sell its products to nonprofits and other government agencies. Another barrier is the pandemic. “Not all industries are profitable year to year,” he said, “particularly in the last 18 months, when Covid-19 mitigation efforts led to fewer inmate workers and decreased production systemwide.”

Still, some prison labor programs have been highly profitable. Despite sizable losses in canning and field crops, Texas agriculture programs saved the state $160.3 million over five years, largely because of money-making beef and pork plants. But even when labor programs don’t break even, officials often point to other perceived benefits.

After an audit found that Georgia prison industries lost $11.5 million from 2004 to 2009, state officials said profit wasn’t really the goal.

“Our mission is to train inmates and provide job skills and make it so they don't come back,” an official with the state’s prison labor program told The Atlanta Journal-Constitution at the time. “That's our reason for being.” Last week, Georgia prison officials did not respond to a request for updated comment.

But Bertram, the Prison Policy Initiative spokesperson, said that there’s no evidence most labor programs generally decrease recidivism and that prisoners who qualify for those jobs are often the lowest-risk prisoners most likely to succeed after release anyway. Prisoner-rights advocates also say many of the jobs aren’t helpful after prison.

“Those are jobs that don’t exist on the outside, or people who were incarcerated can’t have them,” said Bianca Tylek, founder of Worth Rises, a nonprofit that opposes forced prison labor.

“When you think about cotton picking in Texas, where the state does not pay, the point is to remind people that the state owns you,” she said. “They want to make it parallel to slavery, and they are willing to do it at their own cost.”

After Nora left prison two years ago, she did not make regular use of any of the skills she’d practiced in the Texas prison fields.

“I mowed lawns for hours on end,” she said. “But that really wasn’t a skill I learned — I knew how to mow lawns before, and it’s commonsense anyway. It’s not like I’m going to go open a lawn business.”