Banned From Jobs: People Released From Prison Fight Laws That Keep Punishing Them.

Post-conviction employment bans put many on the road back to prison. 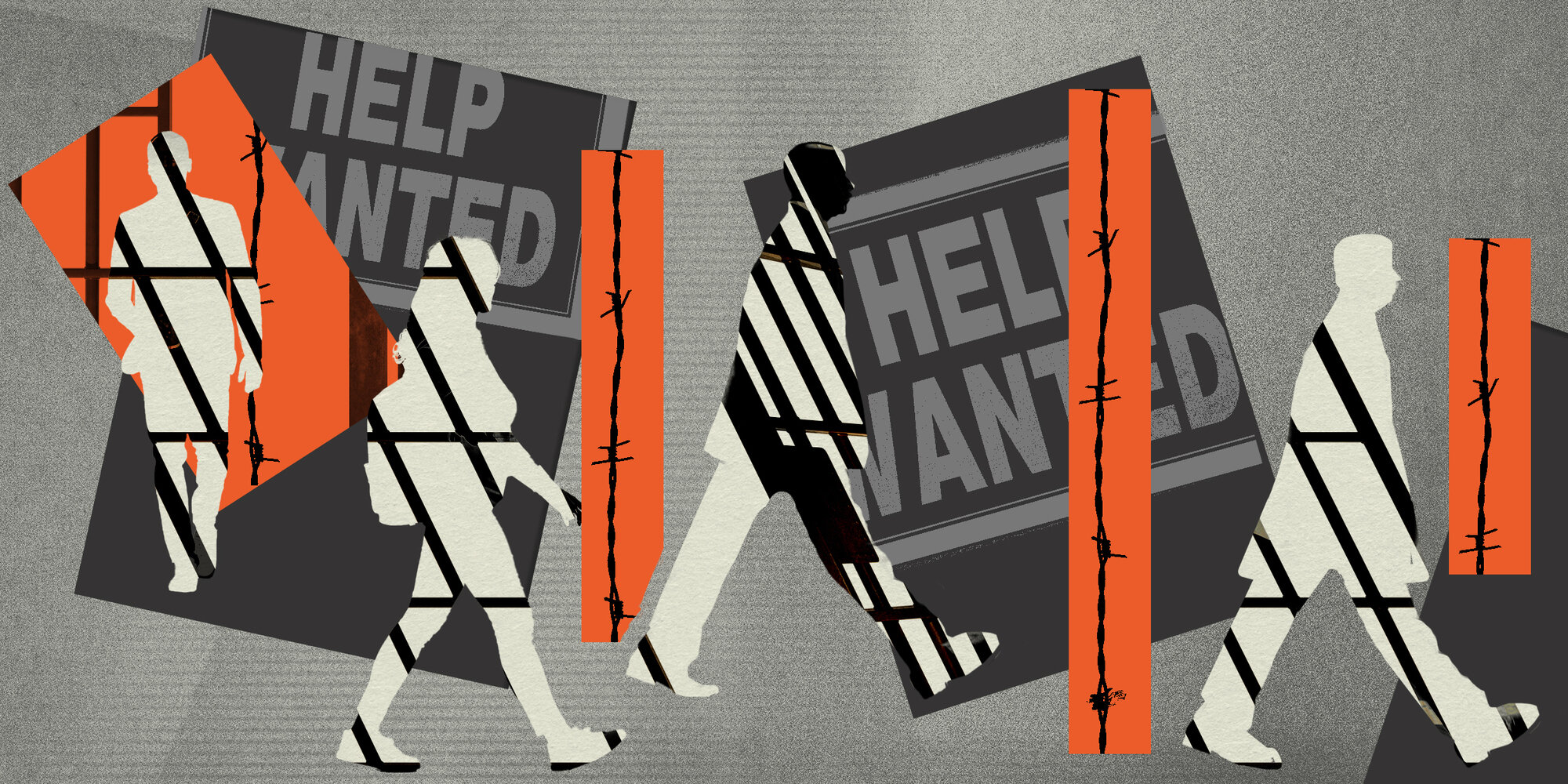 Rudy Carey was on his way to get drugs in the summer of 2004 when he got pulled over because the light over his license plate was broken. He’d been struggling with addiction for the 16 years since his father had died, and had racked up enough fines that he’d lost his driver's license. So when the officer gave him a ticket, he signed it under a fake name — then started struggling as the officer tried to arrest him.

The struggle turned into a sloppy punch that landed Carey, then 34, in a Virginia state prison on multiple charges, including assault and battery of a police officer. When he got out in 2007, he decided to forge a different path, using his broken past to help other people.

For five years, Carey worked as a drug counselor at a rehab center in Fredericksburg, juggling high caseloads and even winning a counselor of the year award. It all fell apart in 2018 when the center’s new owners realized that state law barred him from being a drug counselor because of his 14-year-old criminal record. They fired him.

“I felt like my life had just been taken away,” Carey told me.

Carey was facing one of thousands of “collateral consequences,” punishments that last long after people have served their sentences. In many states, people with certain criminal records can’t serve on juries or become foster parents. Most of the more than 40,000 collateral consequences on the books, though, apply to employment.

Sometimes those laws directly prevent people from getting the licensing they need for a given job, like a firefighter or plumber. Other times, the laws work indirectly by banning certain employers — like nursing homes or drug rehabs — from hiring people convicted of particular offenses, known as “barrier crimes.”

The laws proliferated along with the rise of mass incarceration, at a time when elected officials wanted to appear “tough on crime” to score political points. Those who defend the bans today say they are necessary to protect vulnerable populations and ensure that only people with good moral character can get certain jobs.

But a growing number of politicians and reformers argue that these “outdated” employment laws perpetuate racial inequality, since they disproportionately affect overpoliced communities of color, and that there’s no proof they make the public safer. Instead, experts say they can increase the likelihood former prisoners fail to find stability and wind up back behind bars. In recent years, more than three dozen states — including Delaware, Indiana and Kansas — have softened their collateral consequences laws.

When I was in prison in New York 10 years ago on a drug charge, we were required to do educational or vocational training if we wanted to make parole. I was shocked the first time I overheard another woman warning people not to take cosmetology: “It’s so stupid they have these classes — you can’t even get a cosmo license with a felony,” she griped.

Until then, I’d never considered that being banned from a profession like cosmetology was a possibility, and I was sure she had to be wrong. When I signed up for horticulture, it was not to heed her warning so much as to find the class I was the least bad at — and where I was most likely to be left alone to do crosswords in the back. When I got out more than a year later, I had the chance to fact-check her: In some states, you really couldn’t be a cosmetologist with a felony.

There are no barrier crimes in journalism, but there are still ways collateral consequences shape my job: Sometimes I have to get extra approvals for police ride-alongs or prison visits. I don’t qualify for expedited screening to get into some courthouses and legislative buildings more quickly. There are some countries I can never visit if I want to report there, and I’ll probably never cover guns as a beat, since I can’t legally have or use one in most states. In fact, when I worked overnights in New York City, I couldn’t even carry pepper spray to stay safe when I commuted home alone at 5 a.m.

After the treatment center let him go, Carey struggled to start a new career. His next part-time job paid so little he had to declare bankruptcy before landing a gig as a long-haul trucker. That was more lucrative, but meant he was always away from his family. In September, Carey — with help from the nonprofit Institute for Justice — filed suit to overturn the Virginia law that prevented him from working as a drug counselor.

Lawyers for the state defended the law, saying it was intended to ensure public health and safety. Letting people with convictions like Carey’s become drug counselors, the state argued, “would jeopardize the citizenry’s confidence in the quality of mental health services.”

But the law is much broader than just convictions like Carey’s; in Virginia, there are nearly 180 barrier crimes, ranging from murder to setting fire to a field or pointing a laser at police. People convicted of those crimes are barred from a slew of jobs in behavioral health, child care and elder care. Some states have a waiver system or laws that allow agencies to consider applications on an individual basis, but the only way around the restrictions for many crimes in Virginia is a pardon, which is something most people don’t get.

In Virginia, the barrier crime law started two decades ago when legislators unanimously agreed to require background checks for some jobs involving kids.

“It started out with a good idea,” said state Sen. John Edwards, a Roanoke Democrat who voted for the bill in 1999. “Then it kind of evolved into this monster that we have now that’s overly broad without any way of getting relief.”

Last year, after Democrats took over the state legislature and the governor’s office, lawmakers created a subcommittee to study the issue, led by Edwards and state Del. Marcia Price.

“We found that there is really no proof that we needed these barrier crimes,” Price said. “There was no proof they were keeping people safe, and it was actually doing damage.”

In January, Virginia lawmakers are set to consider a measure that could soften the law and create a waiver system.

If it passes, it could give Carey the chance to go back to the work he does best.

“I don’t really care if it happens for me or not,” he said. “I just want it to happen for everyone behind me.”