Biden Has Disappointed Many Prisoners and Guards. Now He Has a Chance to Do More.

A year after taking office, President Biden has yet to make good on key prison reform promises he made on the campaign trail. 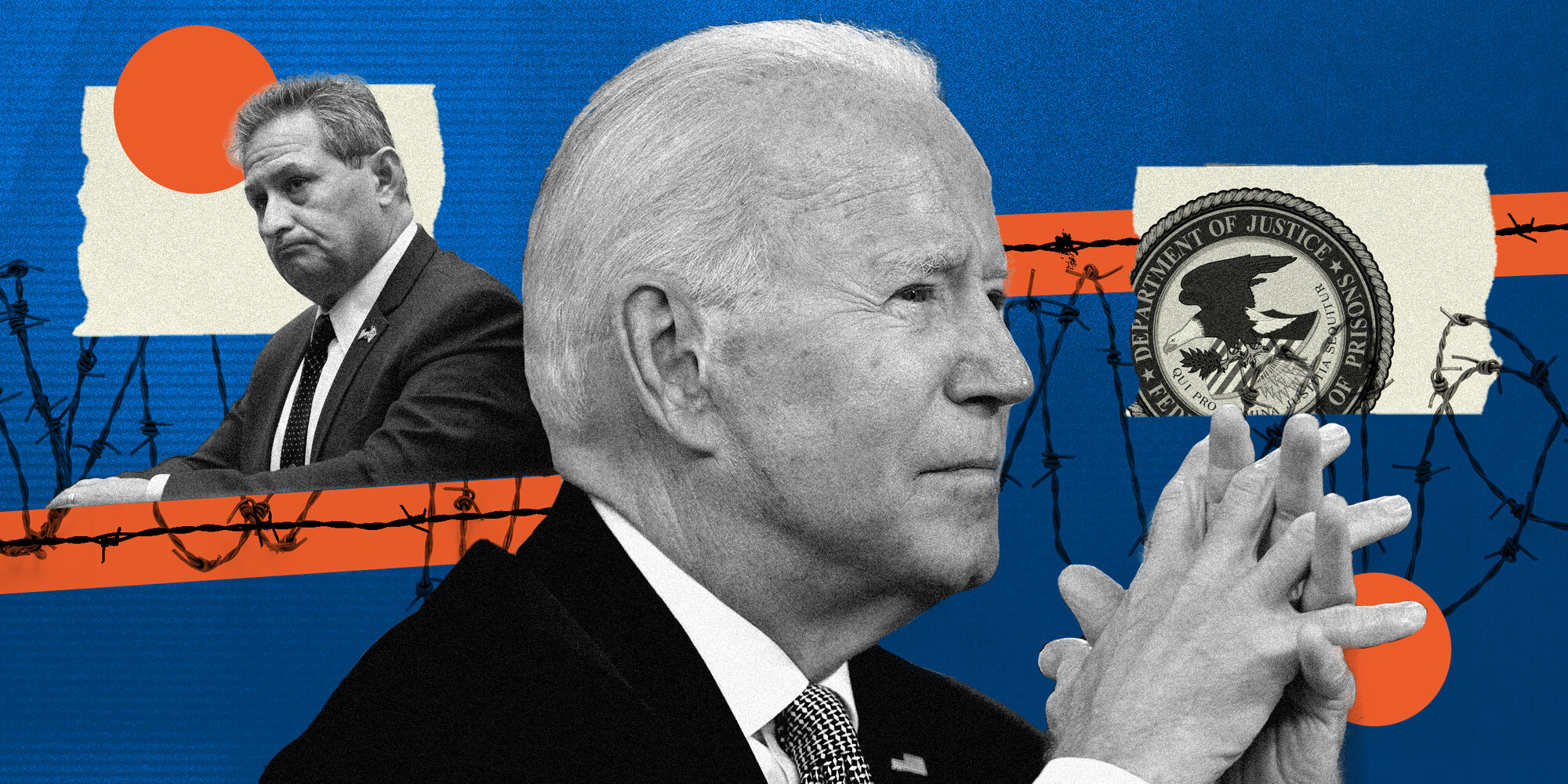 If you’d asked them a month ago, many federal prisoners, prison reformers and prison guards would have told you: President Joe Biden had not done very much for them.

Sure, in his first week on the job he issued an executive order scaling back the use of private prisons, and a few months later his Justice Department suspended federal executions. But on the campaign trail, Biden had also promised to reduce the prison population, combat racial disparities in the justice system and improve conditions behind bars by eliminating solitary confinement. He had concrete plans for all of that — but it was almost the end of the year, and they had not come to pass.

And, most troubling to advocates, Biden hadn’t acted on calls to oust the beleaguered director of the Federal Bureau of Prisons (BOP) and had left in place a Trump administration directive that would have re-imprisoned nearly 3,000 people released during the pandemic.

“All the false promises of criminal justice reform and cutting the BOP population just haven't happened,” Derek Smith, a federal prisoner in Arkansas, wrote to me a few weeks ago. “DISAPPOINTED TO SAY THE LEAST!”

But that’s starting to change. First, in late December, the Biden administration walked back that Trump directive, allowing ex-prisoners on home confinement to stay home. Then, last week, Bureau of Prisons Director Michael Carvajal stepped down. And on Thursday, the Justice Department announced a new rule that could see thousands more prisoners going home early.

While some prisoners, advocates and guards remain skeptical, others are hopeful that this could be an inflection point for Biden’s prison reform pledges and a chance for him to make good on campaign trail promises.

“There is so much at stake in BOP right now,” said Melody Brannon, the federal public defender for the District of Kansas. “This is a perfect opportunity for the administration to step up and fulfill its promises regarding true reform.”

The White House did not respond to a request for comment.

In prison, it is easy to feel forgotten — by friends, by family and by the elected officials who so rarely set foot inside the razor wire. After I got arrested for a heroin charge, I quickly learned how much politicians can change the lives of people behind bars, for better or worse.

First, a newly elected sheriff took over, and the jail eliminated vegetarian meals. That wasn’t a huge deal in the scheme of things, but it meant that I turned to commissary-bought popcorn and Jolly Ranchers as my primary food groups. (Incidentally, it was a popcorn kernel from that incredibly unbalanced diet that led to the cracked tooth I wrote about in this column a few months ago.)

Then, I got a letter from a friend and learned how close I’d come to a much worse fate. The year before my arrest for heroin possession, lawmakers had repealed the final vestiges of New York’s harshest sentencing scheme — the notorious Rockefeller Drug Laws. My friend enclosed a chart showing the possible penalties before and after the legal changes. Under the old law, I could have gotten a mandatory minimum of 15 years to life.

As in New York, many states have begun shifting away from tough-on-crime legislation — but, for years, large-scale reforms stalled at the federal level. Then, halfway through Donald Trump’s presidency, he signed a law aimed at reducing the federal prison population. The First Step Act of 2018 was a sweeping measure that chipped away at mandatory minimums, expanded the possible use of compassionate release and created a new way for people to get out of prison early.

“The crux of the bill was this ‘earned time credit,’ based on the idea that you could take recidivism-reducing programming and earn credits and get released to a halfway house or community custody sooner,” said Kevin Ring, president of the prisoner advocacy group FAMM, formerly known as Families Against Mandatory Minimums.

But advocates said that during the Trump years, the Bureau of Prisons did not do enough to implement the bill as intended — and they had hoped a new administration would spur the agency to do more.

Under Biden, though, the Bureau of Prisons still rarely recommends compassionate release and — until Thursday — still did not award time credit to prisoners. That was partly because officials hadn’t settled on how to calculate it, and partly because the changes required union approval — and for more than a year Bureau of Prisons leadership refused to negotiate in person. Finally, two days before the statutory implementation deadline of Jan. 15 the Justice Department announced the new rules that could free thousands and help lower a federal prison population that has risen by more than 5,000 since Biden took office.

Another way to reduce the prison population and fight racial disparities would be to fix the risk assessment tool. Currently, the Bureau of Prisons factors into some release decisions a person’s risk of recidivism, as determined by comparing their characteristics to those of past prisoners who got re-arrested. But a pair of federal oversight reports released late last year found that the assessment tool misrepresents risk for people of color, potentially decreasing their chances for release.

The easiest way for Biden to tackle many of the problems plaguing federal prisons — including escapes, suicides, short-staffing and corruption — might be to find a prisons director more intent on solving them. The outgoing director repeatedly came under criticism for the agency’s poor handling of the pandemic. Late last year, Democratic Sen. Dick Durbin of Illinois, chair of the Senate Judiciary Committee, called for his replacement after an Associated Press investigation found that more than 100 prison workers had been arrested in two years.

The Bureau of Prisons did not respond to a request for comment, though last year in congressional testimony Carvajal defended the agency’s pandemic response and told lawmakers, “We are not a broken organization.”

Corene Kendrick, deputy director of the ACLU’s National Prison Project, said that the bureau needs to be led by “somebody who thinks outside the box and wants to view the role as one where they’re going to rehabilitate people instead of just locking people up.”

In recent years, one of the stumbling blocks to offering more rehabilitation behind bars has been the lack of staff. Repeatedly, union leaders have warned that their workers are stretched so thin that teachers and counselors have to work as guards. That means there’s no one to handle classroom instruction, commissary orders or mail. And there’s less supervision to prevent violence and escapes, and more time spent locked in dorms and cells.

Prison workers hope the new Bureau of Prisons director will raise morale by investigating corruption allegations and pushing for higher pay, so that fewer staff members quit or retire early.Though some of the half-dozen prisoners I spoke to for this column told me they didn’t think new leadership would make much difference, others — like Derek Smith in Arkansas — were optimistic.

“The Carvajal news is the best news of the morning,” Smith wrote, after hearing of the director’s departure. “I think it will make a difference because I believe — as well as many staff members — that a reformed-minded person will be put in place now to actually get something done.”

This story was updated to reflect new Justice Department rules that were announced shortly after the original publication.