Arrests of U.S. citizens hundreds of miles from the border. Drug busts from across the state. Changing statistics. The data Texas Gov. Greg Abbott uses to boast about Operation Lone Star raises more questions than answers. 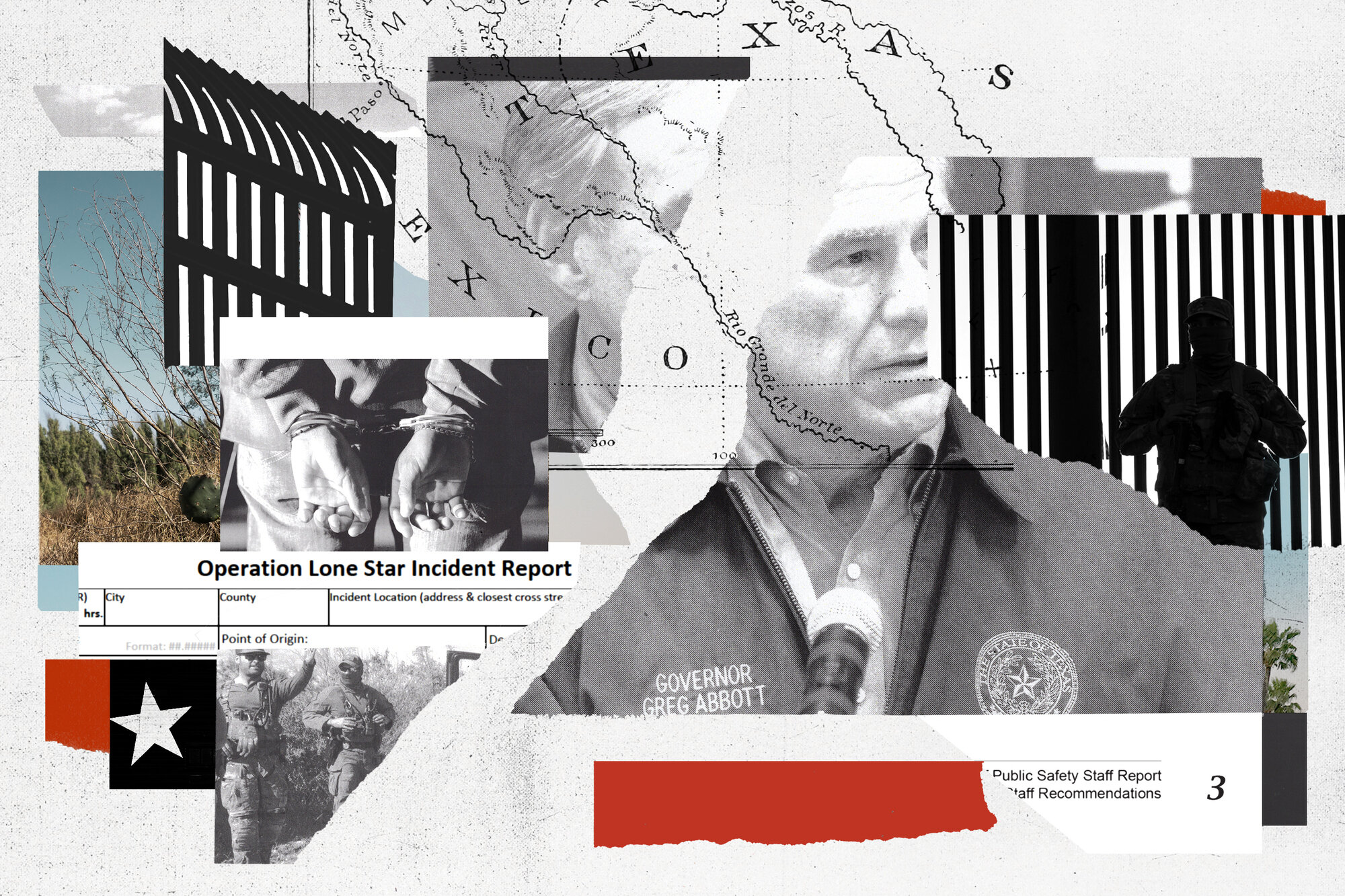 Thomas King-Randall had been waiting for two hours to drop his daughters off at his ex-girlfriend’s apartment in Midland, Texas. It was 10:30 p.m. on a school night in August, and it was her turn to care for the two girls.

The ex-girlfriend showed up drunk and was arguing with her new boyfriend in his truck, police later wrote in a report. King-Randall, who is Black, said in an interview that the woman’s Latino boyfriend called him a racial slur, which led to a fight.

By the end of the encounter, the woman’s boyfriend had a bloody nose and swollen eyes. King-Randall was gone, and local police issued an arrest warrant for the 26-year-old California native. A month later, Texas Department of Public Safety officers arrested King-Randall when he tried to renew his driver’s license.

King-Randall’s arrest was one of thousands used to bolster claims of success for Operation Lone Star. Texas Gov. Greg Abbott launched the initiative last March, citing an urgent need to stop the flow of drugs and undocumented immigrants into the state through Mexico.

But the alleged assault had nothing to do with the border. King-Randall, a U.S. citizen, was arrested more than 250 miles from the border with Mexico. Neither DPS nor the Texas Military Department, the state agencies carrying out Operation Lone Star, played a role in the investigation. And the family violence assault charge King-Randall faced wasn’t linked to border-related crime or illegal immigration.

Operation Lone Star has helped increase the state’s budget for border security to more than $3 billion through 2023 — by deploying thousands of DPS troopers and National Guard members and allocating funding to build border barriers. As part of the operation, troopers are also arresting some immigrant men crossing into the U.S. on state criminal trespassing charges.

Abbott and DPS have repeatedly boasted in news conferences, on social media and during interviews on Fox News that the border operation has disrupted drug and human smuggling networks. A year into the operation, officials touted more than 11,000 criminal arrests, drug seizures that amount to millions of “lethal doses” and the referrals of tens of thousands of unauthorized immigrants to the federal government for deportation as signs that the program is effective.

But the state’s claim of success has been based on shifting metrics that included crimes with no connection to the border, work conducted by troopers stationed in targeted counties prior to the operation, and arrest and drug seizure efforts that do not clearly distinguish DPS’s role from that of other agencies, an investigation by ProPublica, The Texas Tribune and The Marshall Project found.

King-Randall’s charges were among more than 2,000, including some for cockfighting, sexual assault and stalking, that the agency stopped counting toward Operation Lone Star more than nine months into the exercise, after the news organizations began raising questions about the ties between the arrests and border security. Of those, about 270 charges were for violent crimes, which are defined by the FBI as murder, manslaughter, rape, robbery and aggravated assault.

King-Randall said in an interview that he was fighting the allegations. The case is pending, according to the Midland County district attorney’s office.

Claiming such arrests is “inherently flawed” and misrepresents the accomplishments of the operation, said Patrick O’Burke, a law enforcement consultant and a former DPS commander who retired in 2008.

“The problem could be simply related to crimes in those communities,” O’Burke said. “It’s not battling cross-border crime.”

Texas officials have expanded the number of counties from which they report arrests and charges related to Operation Lone Star, including counties far from the border that do not benefit from additional resources.