How Gun Policy Is Scrambling to Keep Up With Gun Culture

Legislators are cracking down on gun advertisements, “ghost guns” and more. Can these efforts spur real change on gun violence? 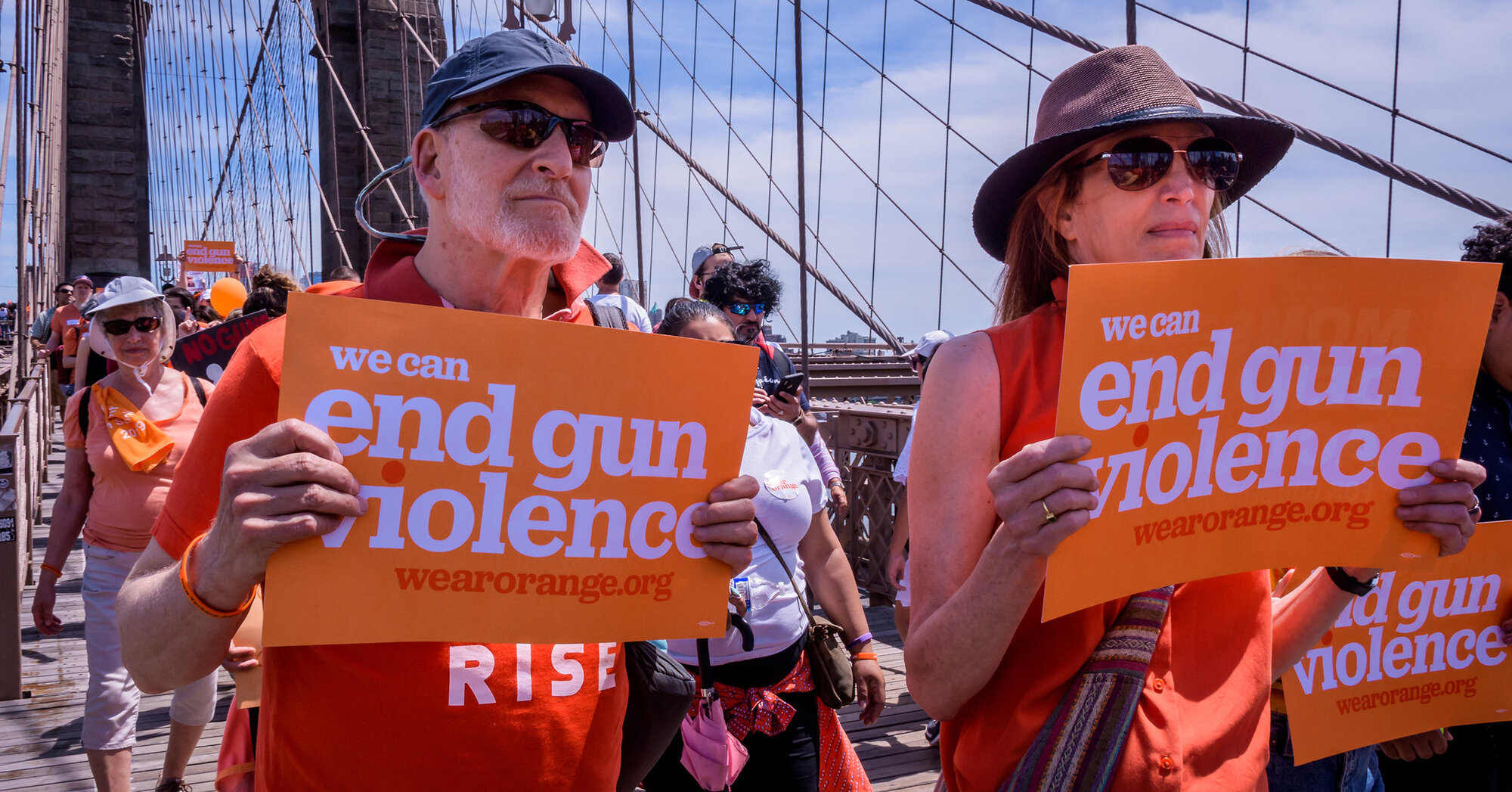 People protested gun violence while walking across the Brooklyn Bridge in 2019. Erik McGregor/LightRocket, via Getty Images
By Jamiles Lartey

When was the last time you saw a cigarette advertisement?

Odds are it’s been a while — tobacco ads on television, radio, billboards, transit and event sponsorships have all been banned by federal law for decades. It’s an approach that some gun control groups and lawmakers are now seeking to deploy in response to the nation’s mass shooting crisis.

“The gun industry at some point recognized there was money to be made by appealing to and encouraging the anti-government and increasingly extremist fringe,” New Jersey Rep. Tom Malinowski told USA Today, arguing for legislation he’s introduced that would push the FTC to restrict gun ads.

California banned gun ads targeting minors in July, a move youth sport shooting organizations are challenging on First Amendment grounds. A ruling is expected this week. One columnist argues the law is mere political grandstanding that misses more important factors, like the “unmatched cultural influence” of video games, movies and television “to foment violence in our culture.”

The bill was one in a series of California gun control laws enacted this summer. Another priority for Gov. Gavin Newsom was to curb the proliferation of “ghost guns,” including signing a controversial bill — modeled after a Texas abortion law — that would allow private citizens to sue distributors for damages of $10,000 or more per weapon.

The term “ghost gun” generally refers to a firearm that has been assembled after purchase from a kit of parts. By selling unassembled parts, sellers and buyers had been able to sidestep some gun regulations, namely the 1968 law requiring all new guns to bear a serial number. The term is also used to describe 3D-printed guns.

As of Wednesday, those kits are now regulated by the same federal laws as fully assembled guns. The Trace reports that retailers had been running frenzied promotions to try to move as much inventory as possible before the new regulations went into effect.

Homemade, unserialized guns make up less than 1% of those found at homicide crime scenes, according to Department of Justice and FBI data. They are being identified by police at rapidly increasing rates, but that could be in part because police are spending more time looking for them.

ProPublica has a look at how the fight over ghost guns is playing out in Nevada, and how one prolific kit manufacturer views the efforts to regulate his industry. “I do not care if this bill passes or not,” Loran Kelley, owner of Polymer80, told lawmakers. “I am just informing you that we, as Americans, just will not comply with it.”

Public opinion isn’t quite as defiant as Kelley is. In recent polling, the proportion of Americans who report owning a firearm is on the rise, but so is support for gun control legislation — 71% of those polled said gun laws should be stricter.

The increased approval for gun regulation has largely been driven by public attention on mass shootings, which account for about 1% of U.S. gun fatalities. The remaining 99% of shootings (the majority of which are suicides) leave an unfathomable wake of trauma behind.

An analysis by the Washington Post found that between 2016 and 2020, more than 2,400 children lost a parent to gun violence in Chicago. Nearly all were Black or Hispanic. One 13-year-old who witnessed her father’s murder in 2016 — when she was only seven — describes the nauseating anxiety that shapes her choices and haunts her dreams.

For children like her, who are present for the death of parents, it’s a level of trauma that “can do more psychological damage to children than if they were shot themselves,” according to researchers.

Of course, the trauma suffered by child victims who survive shootings is also immense. Oronde McClain was shot in the head at age 10 in Philadelphia while running an errand for his mother. “Over the years, I saw no future for myself,” McClain writes in the Philadelphia Inquirer. “I wished I hadn’t survived the shooting, and tried to take my own life more than a dozen times.” He channeled those feelings of anger and resentment into a documentary on survivors of gun violence, who often receive much less attention than those who are murdered.

The public often associates perpetrators of shootings with mental illness, rather than seeing the psychological toll of gun violence on victims. Psychologists point out that about half of all Americans will have mental health issues at some point in life, and that “there is a wide divide between a clinical diagnosis and the type of emotional disturbance that precedes many mass killings.”