A Rikers Officer Had Sex With a Detainee. It Took 7 Years to Fire Him.

The officer also asked the woman to cover up that another Rikers guard sexually assaulted her. 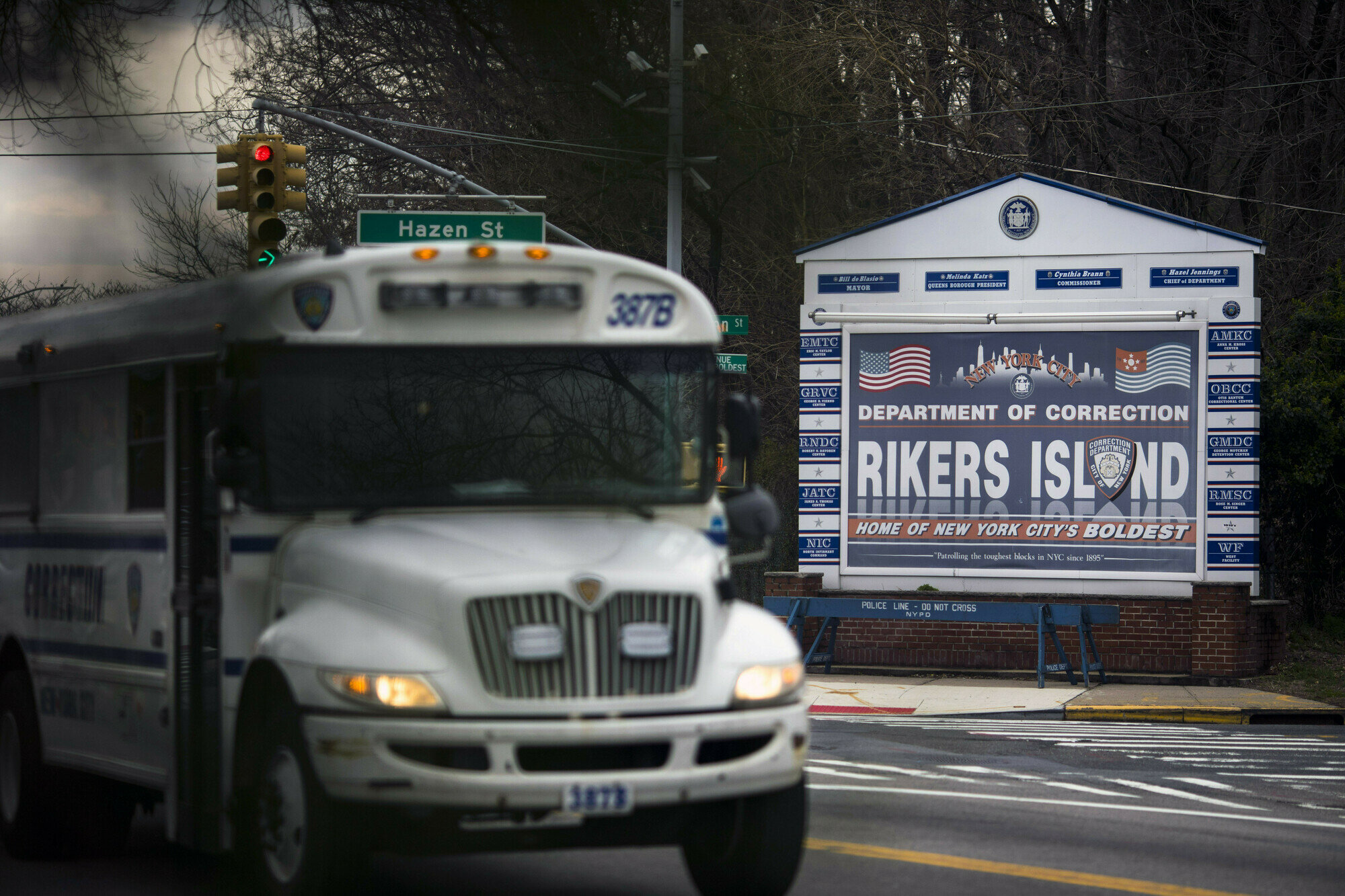 A detainee at the Rikers Island jail complex in New York City alleged that she had a sexual liason with a corrections officer who also pressured her to delay reporting that she had been raped by another officer. Dave Sanders/The New York Times, via Redux
By Reuven Blau and Keri Blakinger

Seven years after a detainee at the Rikers Island jail complex in New York City alleged she was in a consensual, but prohibited, relationship with a correction officer who also pressured her to cover up a rape — the guard has finally been fired.

The officer, Leonard McNeill, began a four-month-long sexual liaison with a woman incarcerated at the Rose M. Singer Center in the summer of 2015, as she awaited trial on drug charges.

This article was produced in partnership with The City, a nonprofit newsroom covering New York. Sign up to get the latest stories from The City delivered to you each morning.

During their relationship, he gave the woman contraband food and clothes. He also told her to delay reporting that she had been raped by another officer who was later criminally charged, according to a February ruling by a city administrative law judge.

The detainee, who asked not to be named, hailed the firing despite the years-long delay.

“I’m a nobody, but somebody actually believed my words,” she told The Marshall Project and The City. “It felt vindicating.

“Especially being an incarcerated individual — an inmate — where most of the time we don’t get vindication, I guess it’s really hard for me as a career criminal to have faith in the system.”

Dori Lewis, the former supervising attorney at The Legal Aid Society’s Prisoners’ Rights Project said there is no good data to indicate how often staff enter into supposedly consensual relationships with people in their custody — in part because there’s often no good way to measure it separately from other sexual misconduct.

“It’s virtually impossible to make that distinction,” Lewis said. “Sexual relationships that take place inside a prison are inherently coercive.”

Guards have tremendous power behind bars, including the ability to put people in solitary confinement or to withhold or grant basic needs like food, showers and access to health care.

The lack of immediate repercussions for sexually abusive staff can have a “devastating effect on the person who’s been sexually abused and a chilling effect on anyone else who wants to report abuse,” said Julie Abbate, the national advocacy director for Just Detention International, an organization focused on ending sexual abuse behind bars.

McNeill’s firing showed the department has a “zero tolerance” policy for any staff who abuse “their authority to target a vulnerable population,” Correction Department Commissioner Louis Molina said in a statement.

But he declined to discuss why it took so long.

McNeill’s firing is the coda to a case that first surfaced seven years ago.

After a correction officer raped her on Nov. 30, 2015, the incarcerated woman was worried investigators wouldn’t believe her, so she took the unusual step of mailing pieces of her shirt — soiled with semen and DNA evidence — to a friend and a relative.

As a result, the former correction officer, Jose Cosme, later admitted to sexually assaulting her inside a storage closet hidden from security cameras.

In June 2017, Cosme was placed on probation for 10 years, fired from his job and required to register as a sex offender. But he ducked any time behind bars as part of the plea deal. 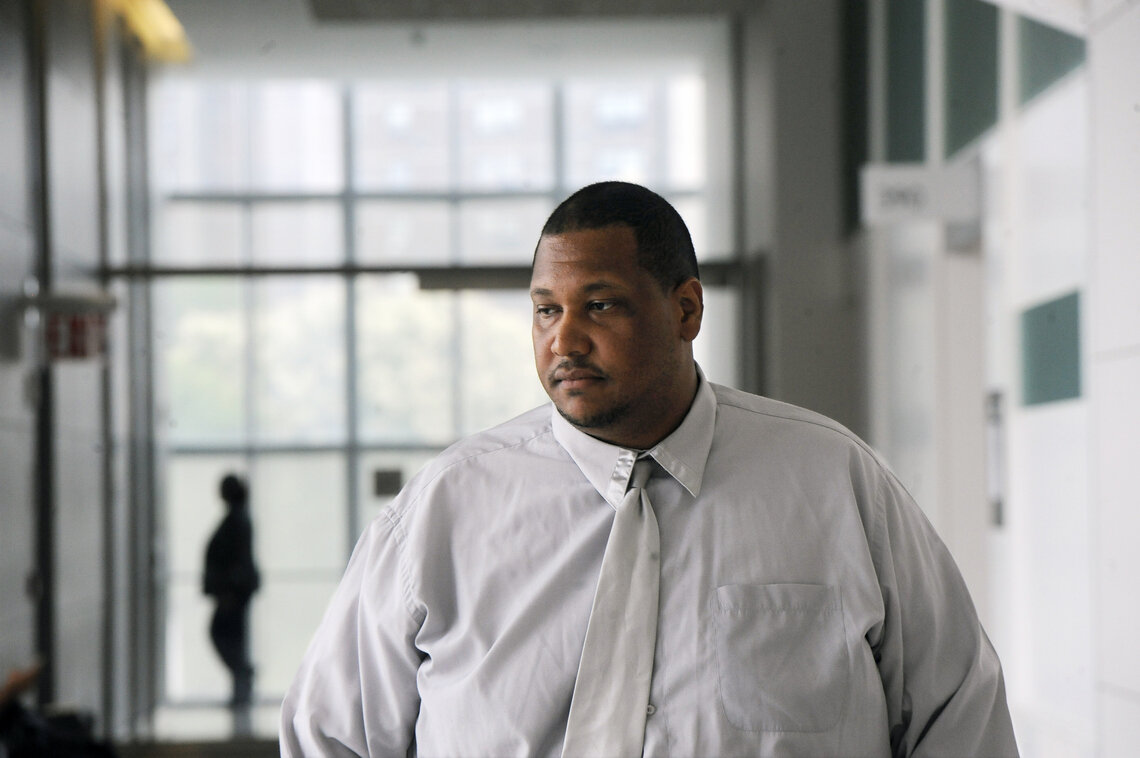 Meanwhile, the case against McNeill — which surfaced after she went to authorities about Cosme — dragged on.

McNeill has long denied having a sexual relationship with the woman known as Jane Doe, according to court documents.

But she told Correction Department investigators that she believed the attack by Cosme was triggered in part because he knew she was in a relationship with McNeill. Additionally, the Cosme assault occurred while she was on a sanitation work detail overseen by McNeill.

Correction officials can suspend accused officers for 30 days, but they must be put back on the payroll until their criminal or internal disciplinary case plays out, as per their union’s collective bargaining agreement.

Guards accused of wrongdoing are typically placed on modified duty — away from detainees — until their cases are adjudicated. Officers in those so-called rubber rooms, where they often just sit and do nothing for eight hours a day, are paid their full salaries, sometimes for years as their cases snake through the internal disciplinary process.

While on modified duty, McNeill earned $107,288 in 2021 and $112,280 in 2022 before his firing, according to SeeThroughNY, which tracks public sector pay. The site did not list his salary information dating back to 2015 when the allegations against him first surfaced.

The DOC’s disciplinary case against McNeill was partly delayed by possible criminal charges and the detainee’s initial reluctance to testify against him, according to Sarena Townsend, a former department investigator who worked on the case — and who was fired by Molina when he took over in January. Jail supervisors have an 18-month statute of limitations to bring disciplinary charges, but that clock is stopped if an officer is actually charged or faces a possible criminal case.

The case against McNeill was first brought before a grand jury by the Bronx district attorney, but that jury declined to indict him, testimony at his Correction Department disciplinary hearing revealed.

With criminal charges out of the picture, the internal disciplinary case against McNeill moved forward. Unlike in a criminal case, which needs to meet the “beyond a reasonable doubt” standard, an administrative case merely has to clear a “preponderance of evidence” bar.

Correction officers can fight their disciplinary cases before an Office of Administrative Trials and Hearings (OATH) tribunal, which is similar to a regular court hearing with witnesses and lawyers for each side. An administrative law judge oversees the case and issues a written recommendation, but the department commissioner has final say in the matter.

A four-day OATH trial was held last year where McNeill and Jane Doe testified via videoconference.

Her testimony from prison — where she’s serving time for robbery in a separate case — was “clear, consistent and compelling,” ruled veteran Administrative Law Judge Kevin Casey, saying it matched what she told a jail captain investigating the case more than five years earlier.

“Despite her lengthy criminal record, which included robberies and larcenies, the complainant did not evade questioning when counsel subjected her to robust cross-examinations,” Casey’s written recommendation said.

During the trial, she spoke about prior allegations of abuse by other officers she never reported because “she thought it was futile,” the recommendation said.

Casey also noted that Jane Doe had no financial incentive because her civil case — against the Correction Department, Cosme and McNeill — had already settled for $500,000 in 2019.

Notably, she appeared “conflicted” about testifying against McNeill, for whom she “appeared to have lingering affection,” Casey said. “This lent credence to her testimony.”

“[McNeill] fundamentally violated his duties as a correction officer,” Casey’s decision said. “By engaging in an improper sexual relationship, [he] exploited the inmate, posed a security risk, created the appearance of corruption, and undermined authority.”

Even though she is now in state prison, Jane Doe said she is still facing retaliation from guards who’ve heard about her case and sometimes call her names or harass her. But she doesn’t entirely regret reporting the assault because she believes her decision to speak out could help others.

“I guess I would tell current and future victims, our day does come — if we find clean people to report to in a dirty place,” she said.

Molina fired McNeill on June 22, according to department spokesperson Shayla Mulzac, who added that he’s the only Correction Department staffer to be fired for such an offense over the past five years. Fourteen staffers facing similar charges have resigned over that same period, she noted. 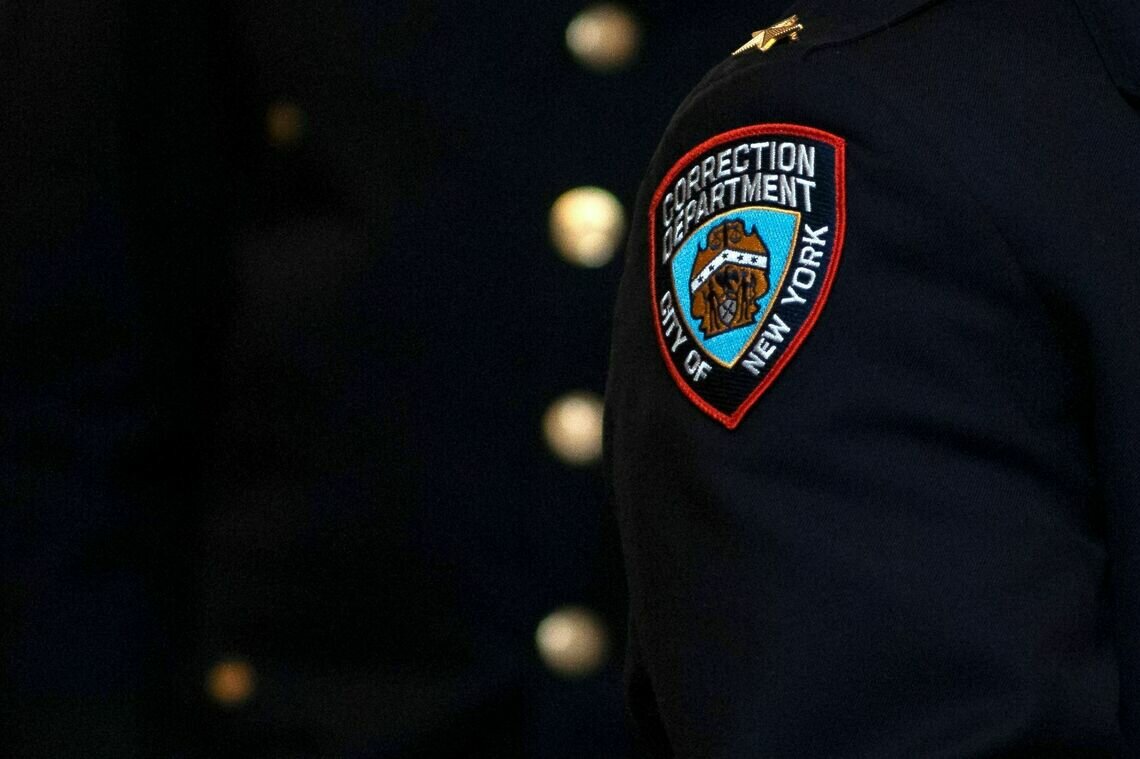 It took seven years for the New York City Department of Correction to fire an officer who was in a prohibited liason with a detainee at Rikers.

The case comes as the troubled New York City Correction Department — and other lockups throughout the country — struggle to comply with the 2003 federal Prison Rape Elimination Act known as PREA.

As part of those guidelines, the city Correction Department in 2016 implemented a 24-hour hotline people behind bars can use to file complaints of abuse. The department also added more investigators to review allegations and clear a backlog of cases.

Still, allegations against officers or other department staffers are rarely substantiated, according to Correction Department records.

Just six of the 193 complaints filed by detainees against staff and fellow detainees were substantiated from July 2021 to June 2022, the department’s latest report shows. Most were determined to be “unfounded” or “unsubstantiated.”

A small group of detainees “take advantage of the PREA rules” and make numerous allegations that are “not true,” said Townsend, the former Correction Department investigator.

But the low number of cases substantiated also deters many actual victims of sexual abuse “because they do not trust the system,” she added. “That’s the saddest part.”

Though PREA standards make it easier to report abuse behind bars in many jails and prisons, Abbate of Just Detention International stressed that providing phone numbers to call and forms to file is not enough.

“We need to go beyond looking at whether or not they’re implementing the PREA standard and look at whether [jails and prisons] are implementing the standards in a way that enhances sexual safety,” she said. “We have to make sure that folks know it matters when they report sexual abuse and that depends on the response of the facility — and that’s where the failures lie right now.”

As for the nearly seven years it took to fire McNeill, several experts pointed out that the department has historically been slow to discipline staff. According to department data, in the first half of 2022 only 12% of resolved disciplinary cases stemmed from misconduct committed in the past year. One-third stemmed from incidents more than three years old.

And according to Lewis, formerly of The Legal Aid Society, it's hard to say how those figures might stack up nationally.

“National PREA standards don’t have a timeframe in which investigations have to be completed," she said.

Townsend, who worked on the disciplinary case against McNeill, lauded the OATH recommendation to fire him.

“We worked really, really hard to make sure that this case got to trial,” she said. “We were committed to pursuing justice. It was a huge win.”