The Books Banned in Your State’s Prisons

We asked all state systems for book policies and ban lists, then created a database for you. 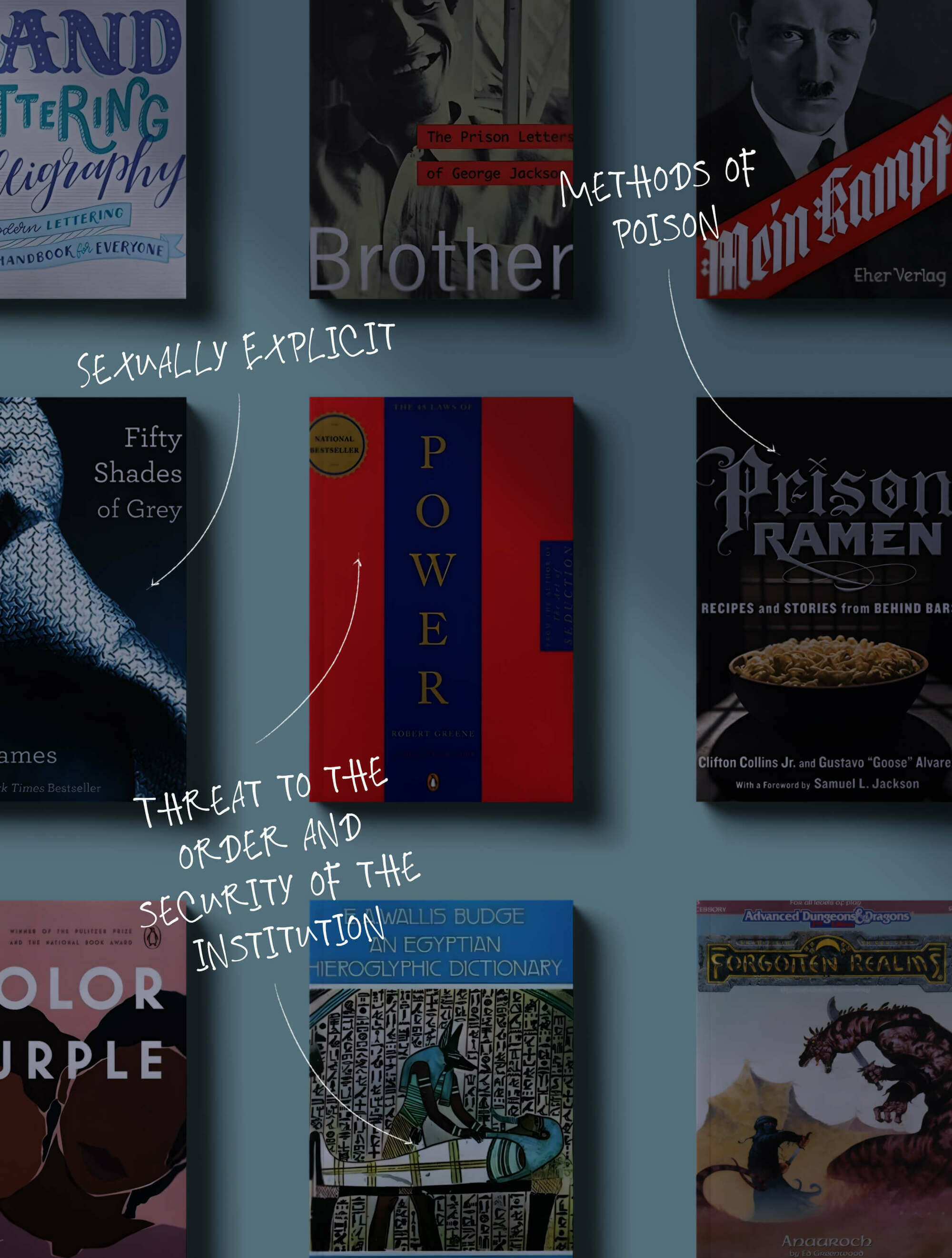 Book bans are a hot-button issue, with controversies erupting in public schools and libraries around the country. But far more restricted reading environments exist all over the United States: prisons.

Over the past year, reporters for The Marshall Project asked every state prison system for book policies and lists of banned publications. About half of the states said they kept such lists, which contained more than 50,000 titles. We’ve created a searchable database so you can see for yourself which books prisons don’t want incarcerated people to read.

For more about banned books and why they matter, read Keri Blakinger on prison censorship and the futility of restricting what people read behind bars.

The titles of some publications include explicit language. Most magazines and periodicals were excluded, but some may still appear in the list or may only be current as of the request date. For more information on steps we took to clean the data and how to download it, see our methodology notebook.

Which books are banned in prisons?

If you do not see your state above, it likely means that your state’s correctional agency does not record banned books. We plan to update this tool with more states, including lists from Ohio, Louisiana, Oregon, Washington and Nebraska, as well as policies by state.