Why Would Prisons Ban My Book? Absurdities Rule the System

Censorship kept me from finishing a college essay behind bars. Now, prisons might keep readers from my memoir. 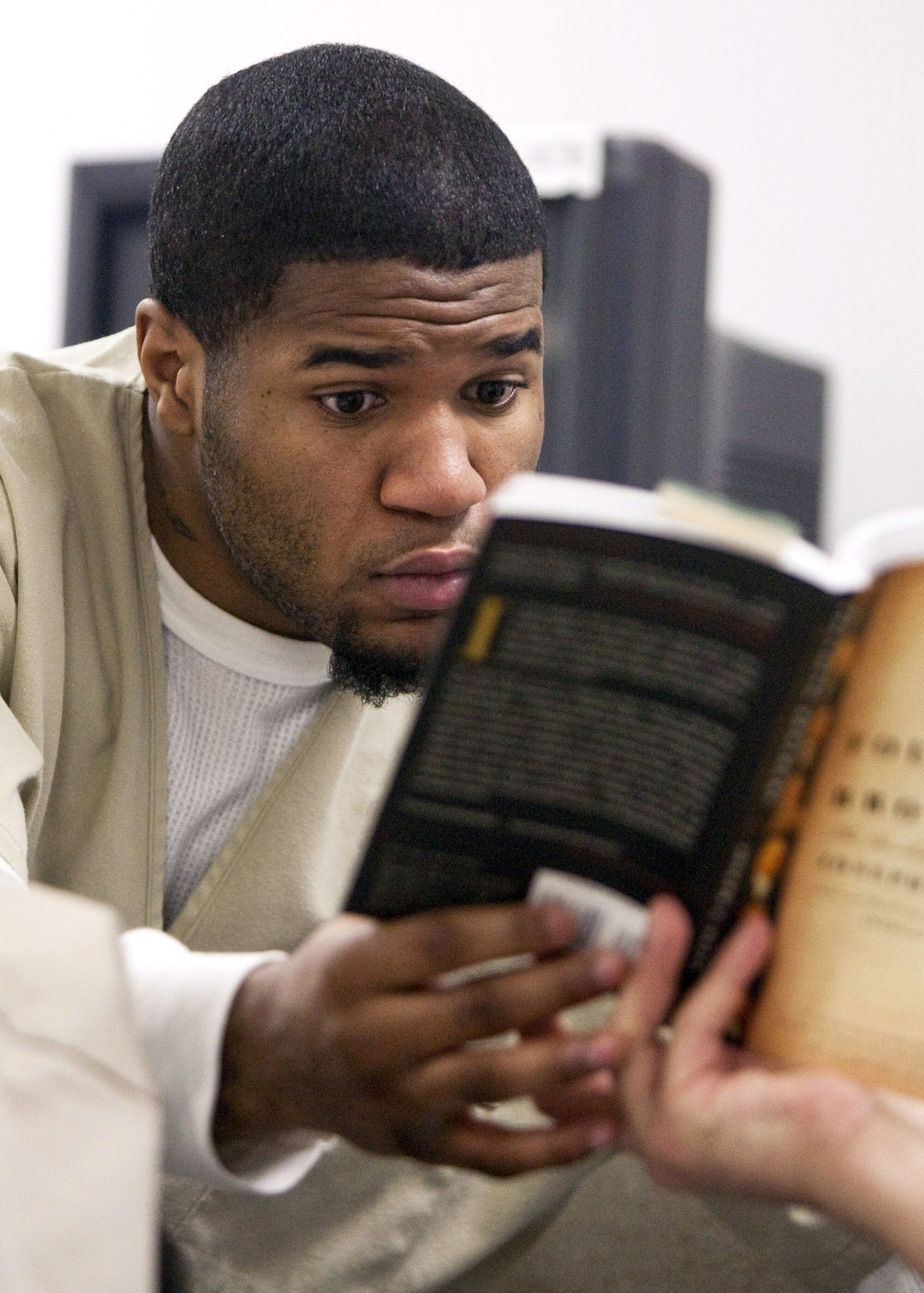 My first brush with mailroom censors came when I was in a county jail in upstate New York in the winter of 2010. After almost a decade of struggling with heroin addiction, I’d gotten arrested just a few days before I was supposed to finish my last semester at Cornell.

I’d never been in jail before, and once I realized that the typical cellblock routine included a whole lot of nothing, I told myself I would use the long, empty hours to work on one of the few remaining papers I needed to graduate. I could do something productive to get my life back on track, I thought, while also distracting myself from the enormity of my mistakes and the looming threat of prison time.

Want to know what books prisons don’t want people to read? See your state in our interactive tool →.

Luckily, I had family to support me, and they offered to send in my (admittedly voluminous) notes for the paper. But there was a problem: The paper was an analysis of World War II propaganda — so my notes consisted of hundreds of index cards filled with descriptions of Nazi films.

The jail staff did not allow me to have them — but not because of the Nazi content. White supremacy was fine, apparently. Notecards, however, were not.

At the time, I found it hilariously bizarre. But now, more than a decade later, I write about incarceration for a living, so I know that such absurdities are common. Many prison systems ban reading materials because of their formats: No hardbacks! No pop-ups! But often, it’s the content they object to — except when they don’t. Only a handful of prison systems ban Adolf Hitler’s “Mein Kampf.”

For almost a year, The Marshall Project has been collecting lists and policies in the hopes of publishing a database of all the books that corrections departments block incarcerated people from owning.

This week, we got as close as we could. Our tool includes banned titles in 18 states, and we will add more over time. As with a lot of data that comes out of prisons, there were problems. One state didn’t respond to my records requests at all. A handful sent unusable, messy data. And about half of states — as well as the Federal Bureau of Prisons — said they don’t keep lists.

Instead, authorities in those states often evaluate each publication as it comes in — meaning that a book rejected at one prison may be permitted at another, or a book that is banned one month could be allowed in the next. The procedures in states which do have banned books lists often start when the mailroom staff at one prison flag an incoming book (often ordered online by a prisoner’s friends or family members), then refer it to a review committee or a higher-ranking official to decide whether it should be prohibited statewide.

The resulting lists vary widely: While Florida bans more than 20,000 titles and Texas bans nearly 10,000, Rhode Island prohibits just 68. Nebraska maintains a list for only one of its nine prisons, while Wyoming has a different list for each facility. In total, more than 54,000 books are banned behind bars.When I started looking through all the prohibited titles, the first thing I noticed was that prison systems where lots of books are banned are not generally safer or less chaotic than those that don’t ban many titles. Maybe that’s in part because of the second thing I noticed: Many of the justifications for the bans were absurd. Some states deemed Dungeons & Dragons books a security “threat,” while others banned many yoga books and anatomy texts over “explicit” illustrations.

“I have heard of very few book bans that actually seemed logical at any point in history,” said Keramet Reiter, a law professor at the University of California Irvine. Virginia prisons ban her book, “23/7: Pelican Bay Prison and The Rise of Long Term Solitary Confinement,” because the state said it promotes violence or criminal activity.

Not every state provided justifications for its literary prohibitions, but those that did often cited sex and nudity. Connecticut deemed “Running with Scissors” — Augusten Burroughs’ New York Times-bestselling memoir about growing up in a dysfunctional family — “sexually explicit material.” Louisiana prohibited a 700-page book featuring the art of Leonardo da Vinci because it contained nudity. In Texas, a visual Spanish-English dictionary was banned for the same reason, even though prisoners there are forced to see dozens of nude people daily when they undergo group strip searches on the way to and from outdoor work assignments.

Many states also banned books over content relating to violence or fighting — even though prisoners already have access to legal paperwork and court filings describing violent crimes in detail. So while incarcerated people can go to the law library to read about rapes and murders — in Virginia they cannot have World of Warcraft books, and in Texas, they cannot own books about Tai Chi, a form of martial art known for slow, meditative movements.

General “security” was another popular reason for disallowing books. And while it might make sense that Virginia bans a book called “Arrest-Proof Yourself,” it’s harder to see why the state deems “Monster Book of Manga Drawing” a security risk. Or why Michigan views “Internet for Dummies” as a “threat to the order and security of the institution.” (When I tried to find out why, Chris Gautz, a spokesman for the prison system, told me the book had been banned 12 years ago and that state officials are reviewing and reconsidering all of the prohibited titles “to determine if decisions made in years past are still relevant today.”)

Earlier this year, Florida banned my own book — a memoir about why I went to prison and how I cleaned up my life afterward — after the state deemed it “dangerously inflammatory” and a “threat to the security, order or rehabilitative objectives of the correctional system.” (The state says it is reconsidering the ban and expects to make a decision by the end of the year.)

Perhaps more troubling than the books that are banned are those that are not. Of the states that sent lists, only seven explicitly banned “Mein Kampf,” and only four banned “The Turner Diaries,” a 1976 extremist text about exterminating people who aren’t White. While Texas prisoners can read Hitler’s manifesto, the state banned pioneering Black journalist Ida B. Wells’ book “On Lynchings” because its examination of racist vigilante mobs used “racial slurs.” Similarly, Louisiana bans texts by Black prison abolitionists, including George Jackson’s “Blood in My Eye” and Mariame Kaba’s “We Do This ‘Til We Free Us,” for being “racially inflammatory.” But it allows “Mein Kampf,” as well as every single book mentioned in the Southern Poverty Law Center’s round-up of racist literature.

After my censorship experience back in 2010, I spent a few more months in county jail before I got sentenced and shipped off to prison. For the rest of the time I was incarcerated — 21 months total — I never had another brush with censorship behind bars. That’s because I did my time in New York, which doesn’t maintain a banned books list and is generally permissive when it comes to reading materials.

So I didn’t really have to deal with prison book bans again until this year — when Florida banned mine.