Law and Disorder in Ferguson

10 must-reads from coverage of the decision, and the protests. 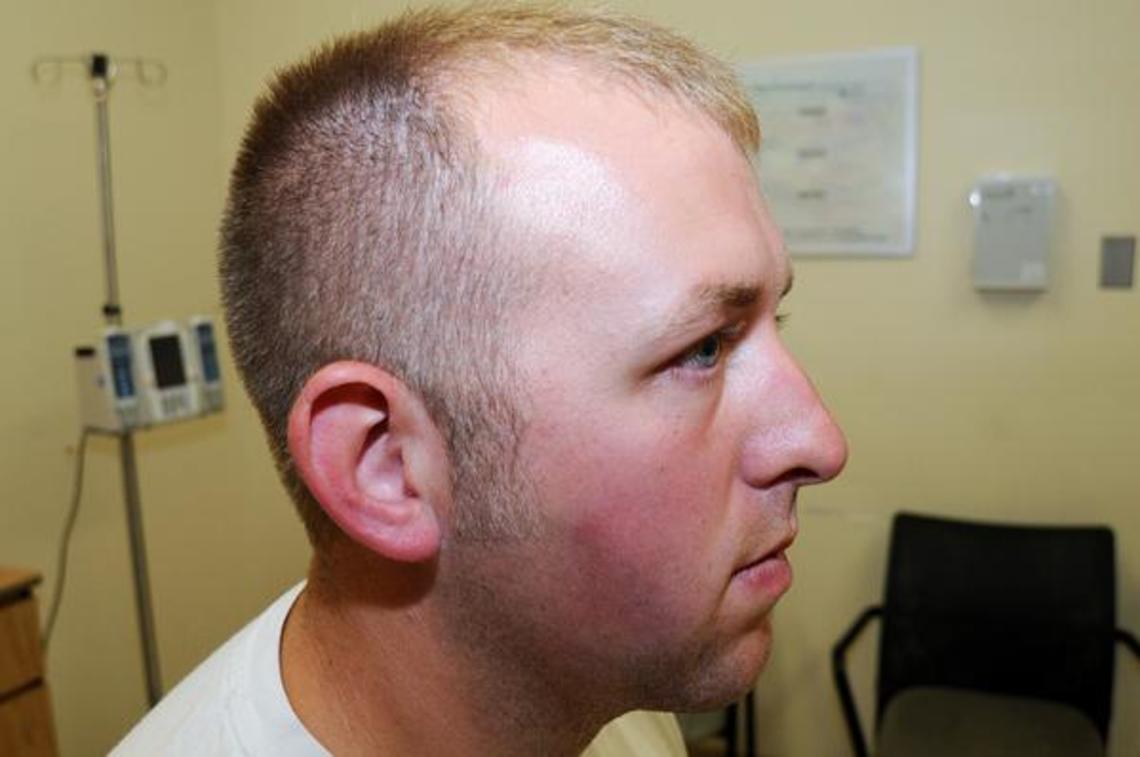 Three months after it began its work, the grand jury in Ferguson, Missouri, chose Monday not to indict white police officer Darren Wilson for killing black, unarmed teenager Michael Brown last August. In this, the grand jury of nine whites and three blacks was no different from grand juries all over the country that previously have excused police officers following shooting deaths like this. Our nation’s legal standards, its broad definitions of the use of “deadly force,” make it extremely difficult for police officers ever to face criminal charges even when an unarmed citizen dies after an altercation like this.

St. Louis County prosecutor Bob McCulloch, a prosecutor from a police family, a man with a history that presaged this controversy, did not belabor this elemental point during his long statement Monday evening explaining the grand jury’s decision. Instead, he focused on two evidentiary themes. First, that eyewitness testimony from bystanders incriminating Wilson was ambiguous and conflicting. And, second, that this testimony also was inconsistent with the physical evidence, the forensic work, recovered from the crime scene. This evidence suggested that Brown was not fleeing Wilson, and did not necessarily have his hands in the air in surrender, when the fatal shots were fired on August 9th.

Instead, McCulloch said, several witnesses testified that Brown had charged at Wilson just before the police officer shot him to death. And Wilson himself, testifying for four hours, told grand jurors that he felt his life was threatened by Brown. When they first scuffled at the Wilson’s police car, the officer testified, he felt “like a 5-year-old holding on to Hulk Hogan.”

Later, as he and Brown confronted each other on that hot summer street, Wilson told grand jurors that Brown “looked at me and had the most intense aggressive face. The only way I can describe it, it looks like a demon, that’s how angry he looked.’

Here is Wilson’s testimony in full and here is the statement he issued through his attorneys in the wake of the grand jury’s decision. Wilson “followed his training and followed the law” on the day he shot Brown, it reads.

All this taken together, McCulloch told an international audience, left grand jurors with little choice but to believe that Wilson was justified in using deadly force against Brown. That, in turn, caused them to deliver a “no true bill” -- a non-indictment -- and thus end the active phase of the investigation. This allowed McCulloch, before he even had uttered a word Monday night, to authorize the release of almost all the evidence presented to grand jurors. And it was immediately clear why the prosecutor was so intent upon releasing all this information so quickly to the public. Some of it clearly supports his view of what happened-- and makes it easier to understand the grand jury’s conclusions.

The release of the evidence may or may not change the minds of people around the world who have been waiting in suspense for the past 108 days for this story to come to some sort of resolution. But it is unlikely to change the view of some legal observers that McCulloch manipulated the result here by managing the process. This was not a typical grand jury proceeding in which only a few witnesses testify, the prosecutor tightly controls what grand jurors hear, and the suspect does not testify at length about why he should not be charged. 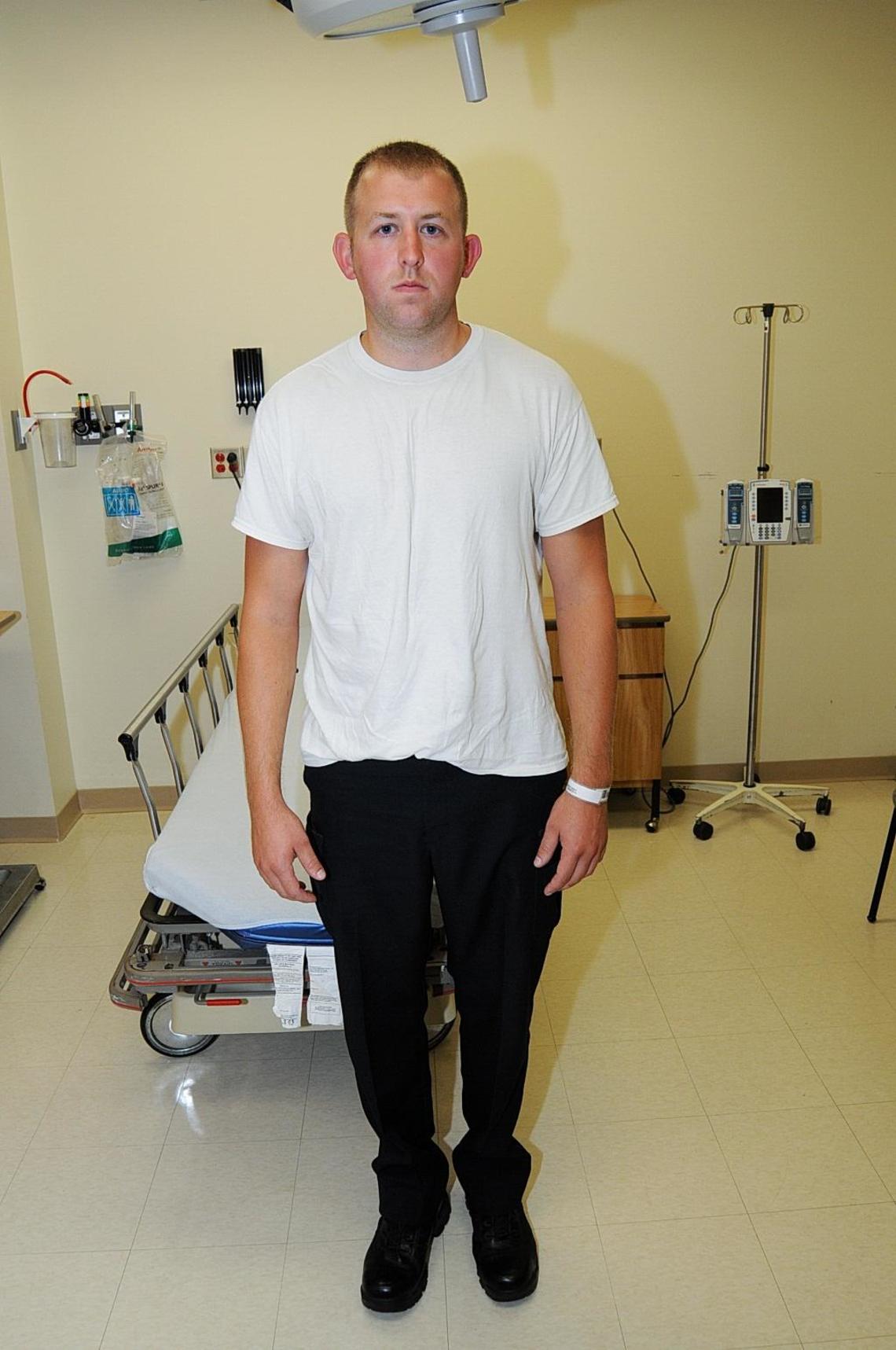 Another photo of Darren Wilson that was presented to the Ferguson grand jury.

How do we know it is rare for a prosecutor to manage a grand jury in this fashion? We know because the grand jury process has become pro forma in most jurisdictions and because prosecutors almost always get an indictment from them when they want one. On the federal level, Five Thirty Eight reported last night, “U.S. attorneys prosecuted 162,000 cases in 2010, the most recent year for which we have data. Grand juries declined to return an indictment in 11 of them.” That’s about 0.01 percent of the time.

What is next? Attorney General Eric Holder, in a written statement released shortly after McCulloch’s announcement, reminded the nation that “the Justice Department’s investigation into the shooting of Michael Brown remains ongoing.” But there almost certainly won’t be federal charges against Wilson now, for many of the same reasons why a state proceeding against the police officer likely would not have resulted in a conviction. There remains as well a broader federal investigation into the policies and practices of the Ferguson police department but the conclusion of that probe may be years away.

It is likely now that the Brown family will initiate a civil lawsuit against Wilson and Ferguson officials, alleging that they and their son are victims of a “wrongful death.” And that may result, ultimately, in Wilson being forced to testify in court, under oath, subject to withering cross-examination, with a lower burden of proof than the “reasonable doubt” standard. But such a confrontation, if it ever occurs, is perhaps years away. In the meantime, for those who want to dig deeper, here are 10 must-reads from overnight coverage of this story:

• The Ferguson Project. Here’s handy access to the raw material, including transcripts of testimony, the grand jury evaluated in the case. (St. Louis Public Radio)

• Wilson said fight at car justified use of force. Here’s a comprehensive look not just at the grand jury testimony of the police officer but at the questions grand jurors asked of him. (St. Louis Post Dispatch)

• Can anyone fix the Ferguson Police Department? It can be done, argues Josh Voorhees, but it’s going to take time. (Slate)

• In Michael Brown’s home town, a pause to listen—and then outrage. Some intense detail offered here from reporters on the ground in Ferguson. (The Washington Post)

• Storify, the Decision. The CBS affiliate in St. Louis, offers up a synopsis of how the news broke. (KMOV-TV)

• The Poorest Corner of Town. The economics of Ferguson, Missouri, surely help explain not just the death of Michael Brown but the reaction to it. (Five Thirty Eight)

• Ferguson case highlights need for national data on police shootings. Among the many revelations generated by Michael Brown’s death was the lack of statistics on how often the police shoot and kill U.S. citizens. (Chicago Reporter)

• Washington Bails on Police Militarization. Remember all the fuss about local law enforcement officials driving around in tanks? How Congress was going to rein in the Pentagon’s “1033” program? It’s not going to happen, at least not in this session of Congress. (Buzzfeed)