How Terrance Williams became the face of the death penalty debate in Pennsylvania.

The U.S. Supreme Court today ruled 5-3 in Williams's favor, concluding that his due process rights were violated when a state Supreme Court justice, who had helped prosecute Williams years earlier, refused to recuse himself from a subsequent appeal. Williams will now receive a new sentencing hearing. Justice Anthony Kennedy wrote the majority opinion.

It’s not as rare as you might think for a governor to declare a death penalty moratorium. Just look at the events of the past four years. Oregon’s John Kitzhaber declared in 2011 that he would not allow any executions, and then reiterated his position last November. His successor, Kate Brown, announced last week that she would continue the moratorium. In 2013, Colorado Governor John Hickenlooper said he would not permit any executions on his watch. And last February, Governor Jay Inslee similarly declared that he would block executions in Washington. 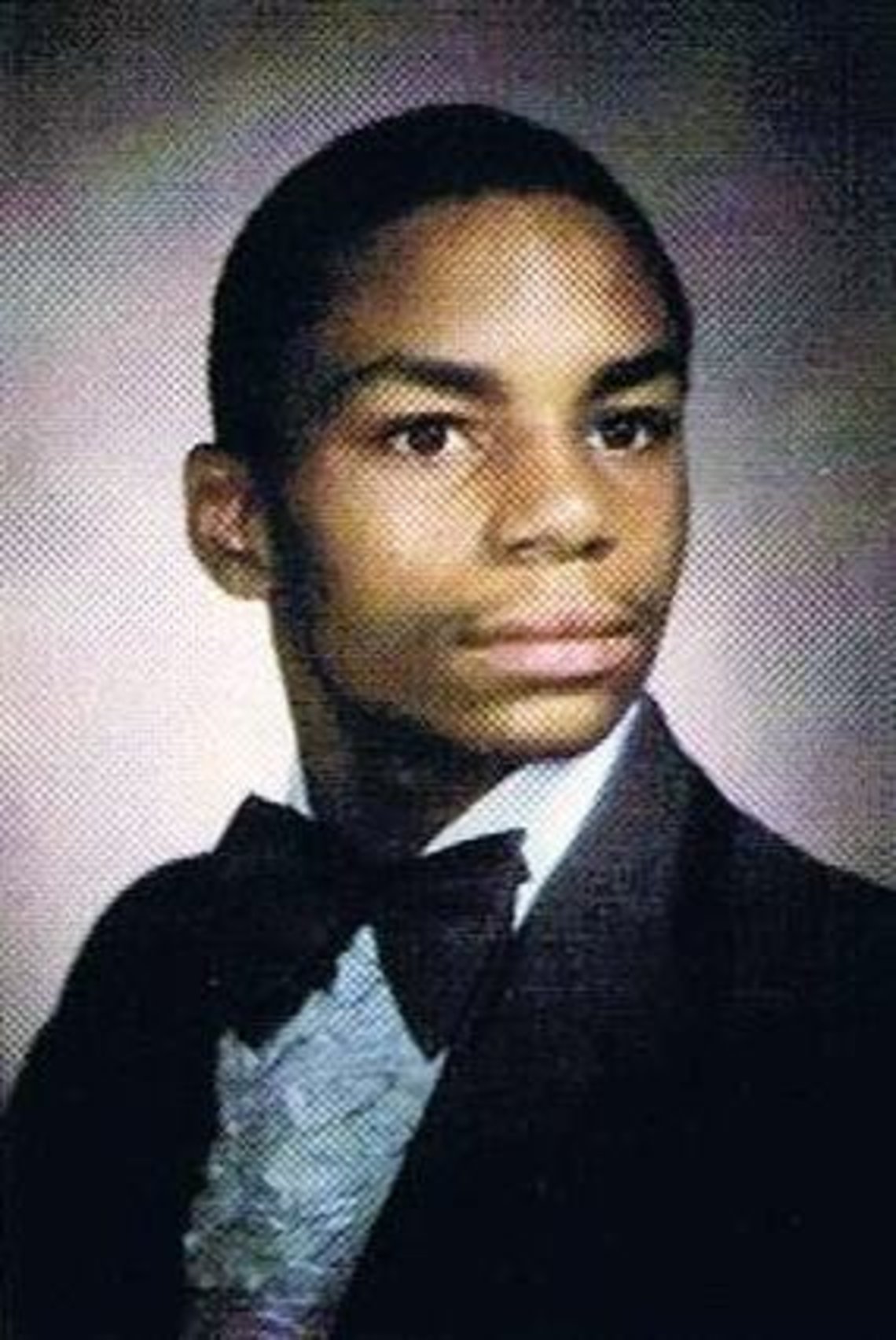 Two weeks ago, so did Tom Wolf, the Pennsylvania governor who presides over a death row that contains 186 prisoners in a state that has not executed an inmate since 1999. The state’s capital punishment regime is “a flawed system that has been proven to be an endless cycle of court proceedings as well as ineffective, unjust and expensive,” the governor said in a statement, peppered with citations to studies and news reports, that reveals in grim detail how arbitrary and capricious Pennsylvania’s death penalty has become.

What is rare is when a capital moratorium is immediately challenged in court as an unconstitutional exercise of a governor’s powers. And what is even rarer is to have such a legal challenge brought by a sitting prosecutor. But that is precisely what is happening now in Pennsylvania. The state’s highest-profile prosecutor, Seth Williams, has sued his state’s chief executive, alleging that Wolf has no legal authority “to satisfy his own personal opinions” by halting the machinery of death in the Keystone State. The intra-executive-branch dispute is now before the Pennsylvania Supreme Court on an “expedited” track.

When Wolf declared his moratorium, he specifically granted a reprieve to Terrance Williams, a convicted killer, who after decades of litigation, was scheduled to be executed on March 4. “The reprieve today does not question Williams’ guilt,” the governor wrote. “Rather, I take this action because the capital punishment system has significant and widely recognized defects.” When Seth Williams responded to the governor’s reprieve, he specifically attacked Wolf’s choice to spare Terrance Williams. Page after page of the district attorney’s “emergency petition” is filled with a procedural history of Terrance Williams’ crimes, convictions, and failed appeals.

But, tellingly, since this fight now seems to be as much over Terrance Williams in particular as it is over the death penalty in general, neither the governor nor the prosecutor have reminded the Pennsylvania Supreme Court (or the public) of critical context about Terrance Williams’ case. This is odd, and particularly unhelpful, because it turns out that his case isn’t just an excellent example of the shortfalls of Pennsylvania’s capital system, as Wolf asserts, it also is an example of how the system could work to make the death penalty fairer and more accurate.

For example, one way to bring more justice to capital punishment regimes is to make the clemency and pardons process more than the hollow bureaucratic shell it is in Pennsylvania and countless other death penalty states. Yet neither the governor nor the prosecutor mentioned the fact that in 2012, the state Board of Pardons, in a rare display of mercy, recommended clemency for Terrance Williams by a vote of 3-2. That recommendation — to commute Williams’s death sentence to life without parole — failed only because state law requires unanimity from the pardons board. Such a requirement, added to Pennsylvania law in 1997, essentially nullifies the ability of pardons boards to ever grant relief to condemned capital prisoners.

Another element of failed capital regimes is the refusal of judges and prosecutors to acknowledge mistakes in judgment and perception. Neither Wolf nor Seth Williams mentioned in their recent court filings that approximately 385,000 people signed a petition in 2012 seeking to spare Terrance Williams’ life. The list of supporters included dozens of former judges and prosecutors, and scores of law professors, mental health experts, and child advocates with experience dealing with sexual abuse cases. Among those asking for mercy for Terrance Williams were five jurors from his trial; the Catholic archbishop of Philadelphia, Charles J, Chaput; and the wife of his victim, who declared under oath: “I have come to forgive Mr. Williams. I want his life spared and I do not want him executed.”

Why the outpouring of support for a man everyone knows is a murderer? Because we now know that as a child, Williams was a repeat victim of sexual abuse and that he murdered a man named Amos Norwood one day after Norwood reportedly raped Williams in a parking lot until Williams bled from his anus. Williams’ trial jurors never knew this information because he did not share it with his attorney, whom he did not meet until the day before his capital trial started. In addition to failing to establish a relationship with his client, this lawyer never undertook the investigation necessary to provide jurors with an explanation for why the slender Williams, at the age of 17 and 18, snapped into a murderous fury. Neither Wolf nor Seth Williams mentioned any of this history last week.

Poor defense work before and during trial damages the accuracy and reliability of capital cases. And so does prosecutorial misconduct, which occurs in an unsettling number of capital cases all over the country. Yet neither the governor nor the prosecutor saw fit to mention in their court filings that a state trial judge in 2012 determined that prosecutors engaged in professional misconduct during Terrance Williams’s 1986 murder trial and ordered a new sentencing hearing. Specifically, the judge ruled that prosecutors suppressed evidence that Norwood, the victim, was molesting other boys at the time he was molesting Williams. Trial prosecutors, the judge also found, “sanitized’ witness statements before turning them over to Williams’ attorney and lied about a deal struck with Williams’s accomplice.

This ruling was promptly appealed by prosecutor Seth Williams, who was not involved in the case back in the 1980s but who has never apologized or accounted for his predecessor’s transgressions. In December, the Pennsylvania Supreme Court, in a blistering opinion, overturned the 2012 ruling and reinstated Terrance Williams’ death sentence. The justices vented their anger not at trial prosecutors who had behaved badly in 1986, but toward the judge who had identified the misconduct in 2012.

Even if there were prosecutorial misconduct, the state court ruled, it didn’t excuse the failure of Terrance Williams and his attorneys to raise the issues they needed to raise about Norwood in a more timely fashion. Which brings us to the last part about Pennsylvania’s failed death penalty experiment — the failure of prosecutors and politicized appellate judges to hold each other accountable for justly administering capital punishment in the state. Nothing about the Williams case, it now must be said, was done well.

Soon, the Pennsylvania Supreme Court will issue a ruling that sides either with the governor or the prosecutor. If the past is prologue, and if constitutional precedent means anything, the justices will side with the governor and recognize clearly his broad executive authority over clemency and moratoria. And if the justices are honest with themselves, they will take this rare moment to acknowledge that the state judiciary’s many failures have contributed to the sorry state of capital punishment in Pennsylvania. Judging by how they ruled the last time the case of Terrance Williams came before them, I won’t hold my breath.

An earlier version of this article incorrectly stated when Governor Jay Inslee halted executions in Washington. It was February 2014, not 2015.